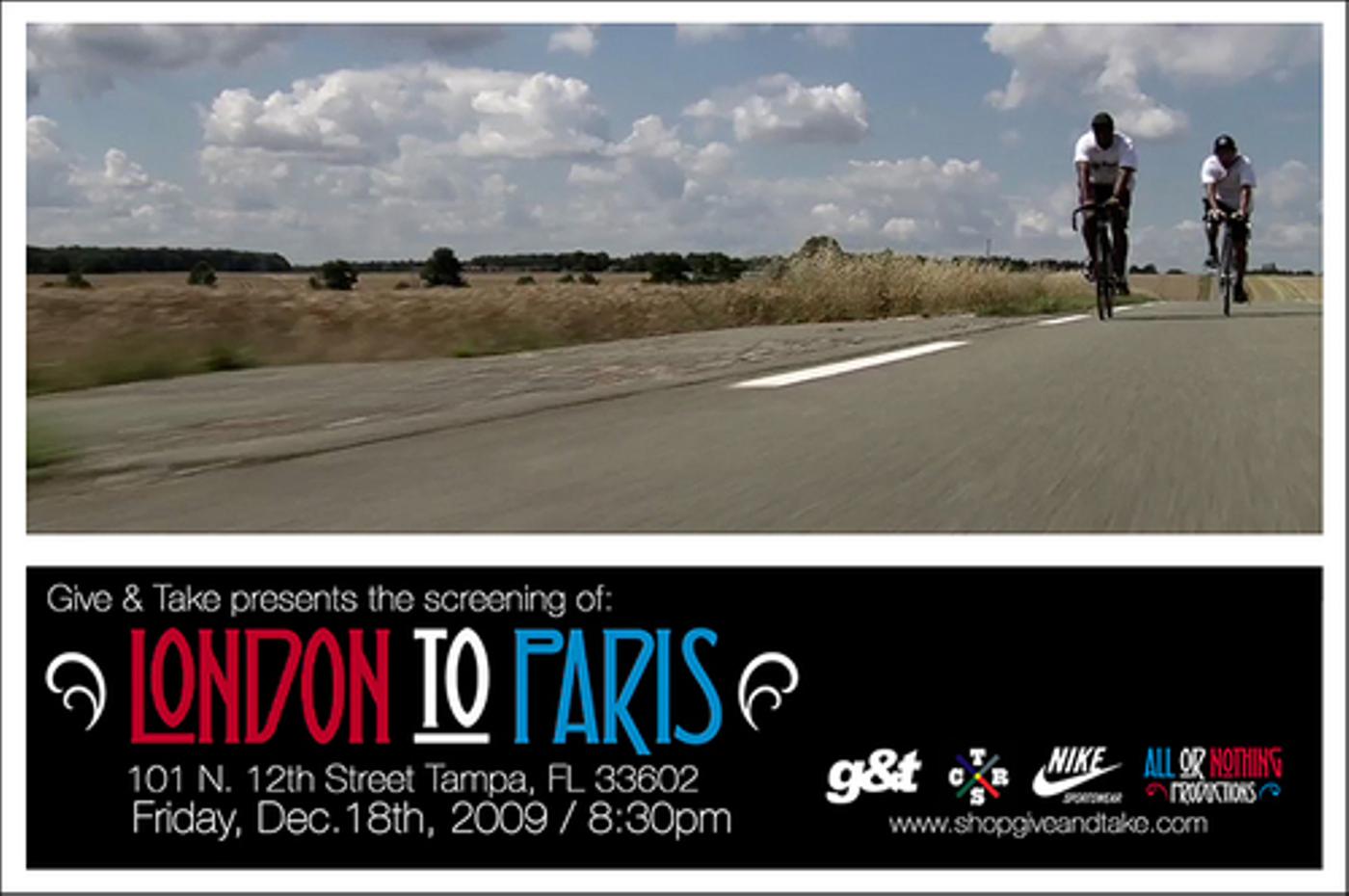 Give & Take is hosting the Tampa Florida screening of London to Paris. More details below.

Give & Take, with the help of several gracious sponsors, present a screening of the new film ‘London to Paris’ by Grace LaDoja. This new film portrays an in-depth look at a select group of international fixed-gear cyclist riding from London to Paris to coincide with the close of Le Tour de France 2009, and opening of the STAGES 09 exhibition in Paris.

This premier is made possible with the effort of Give & Take and its owners, as well as several sponsors including NIKE Sportswear, All or Nothing Productions, and STAGES 09.

The premier is being held at Give & Take’s street-level retail store on Friday, December 18th, 2009. It is being shown with no admission fee and will start promptly at 8:30PM. After-party is taking place at Czar Vodka Bar in Ybor City, with drink specials and bonus footage being shown all night.