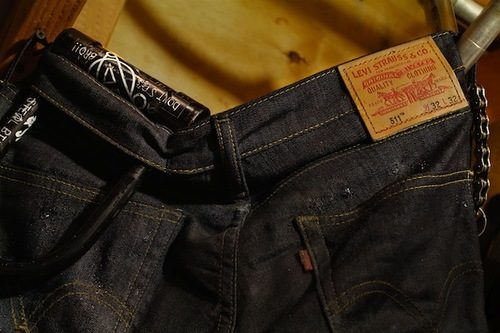 Ray from Mighty Healthy posted up these photos to his Hypebeast blog of Jason from Affinity wearing some of the new Levi’s Commuter Line items. Levi’s also issued a press-release with some more information on pricing, availability and other details. 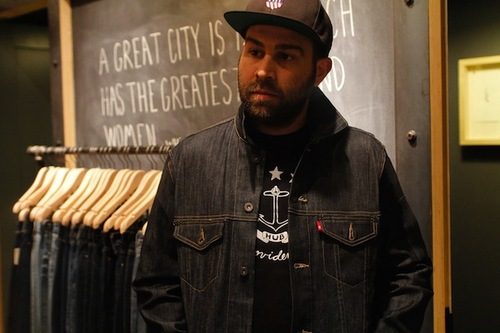 Levi’s breaks it down for us:

“Commuter by Levi’s® clothing can be found at select independent bike shops in major metro cities as well as select Levi’s® Stores and at www.levi.com beginning this July. The line will also be available in select Urban Outfitters beginning in August. The 511™ Commuter Skinny and 511™ Commuter Cropped Skinny retail for $78 and the Commuter Trucker Jacket retails for $128.To coincide with the introduction of the new Commuter by Levi’s® collection, the Levi’s® brand is partnering with Urban Outfitters to launch the “Get in the Saddle” bike shop tour. The bike shop will go to where cyclists are and create temporary resource centers around the country complete with a bicycle tuning center, a custom commuter tailoring shop and a bicycle photo-booth. The tour kicks off in early August in New York City and ends in Portland in late September with stops in major cities along the way.”

Don’t forget about the Levi’s Commuter Party in Austin this Thursday and Philly / NYC on the 16th!