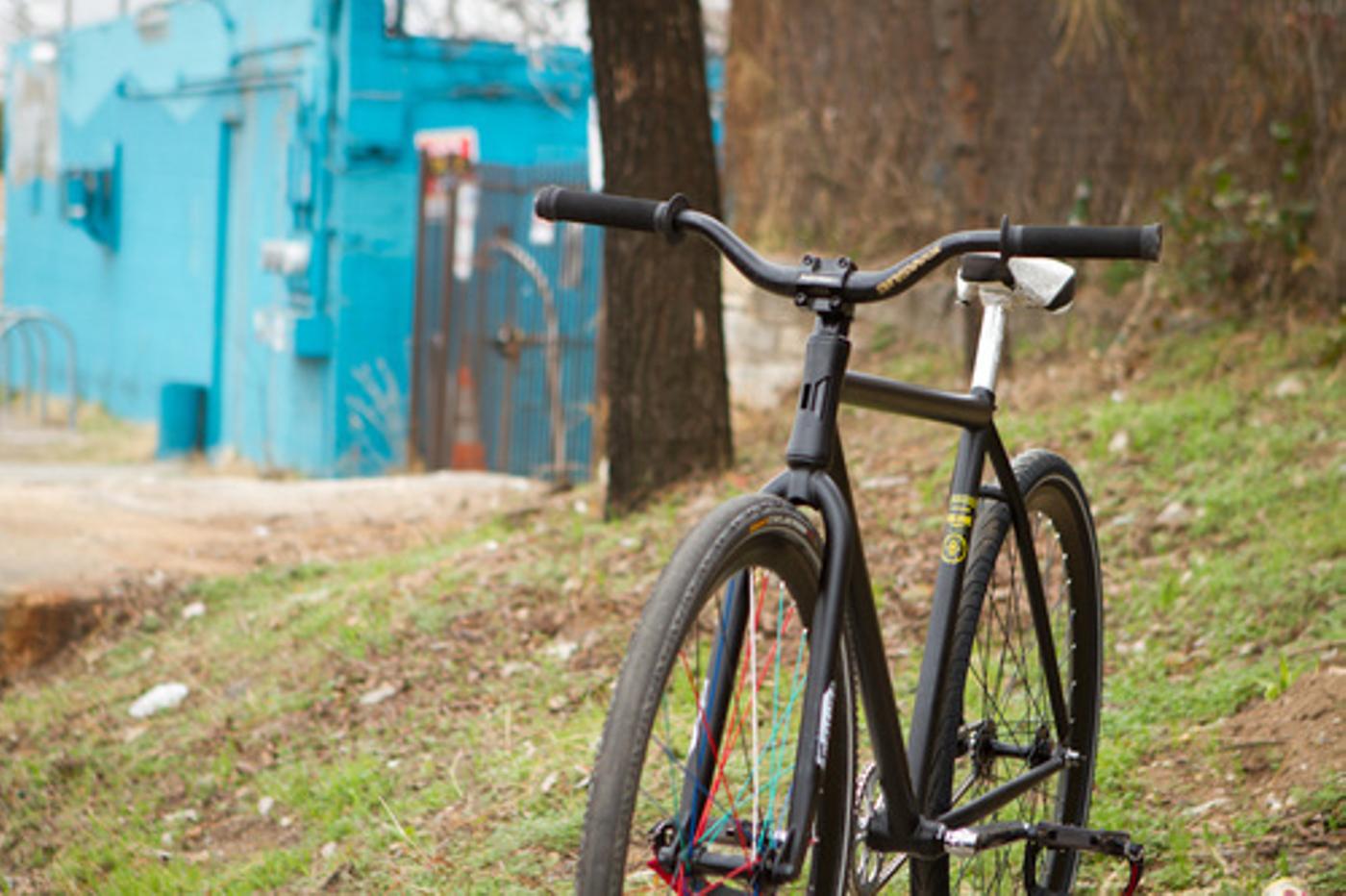 Jesse was one of the original RavenFeeders here in Texas. Whatcha know bout that? After snapping his BMW fork, he decided to hang up fixed freestyle and just ride his track bike. After I moved to Austin, he started to see a big of resurgence in the “ride / relax” mindset and decided to pick up a Volume Thrasher from Natalie at Fast Folks. After building it up Saturday morning, we took it out to shoot some photos and ride around.

Check out more photos of Jesse’s Volume Thrasher below. 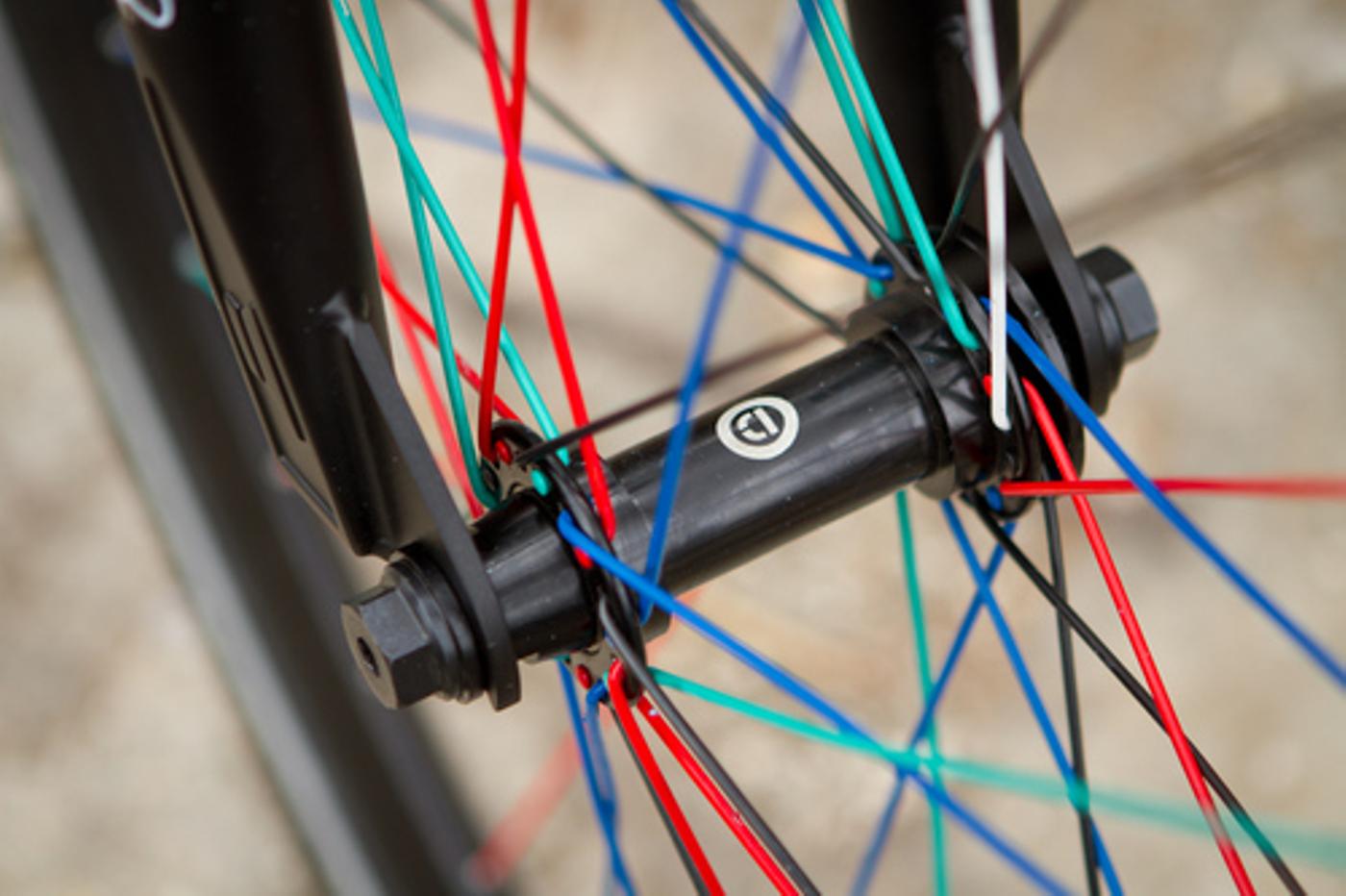 Big ups to Peru from Two-Way Rollers for the stellar build on Jesse’s party wheel. Rocking the Resist and Profile drivetrain with Hold Fasts! 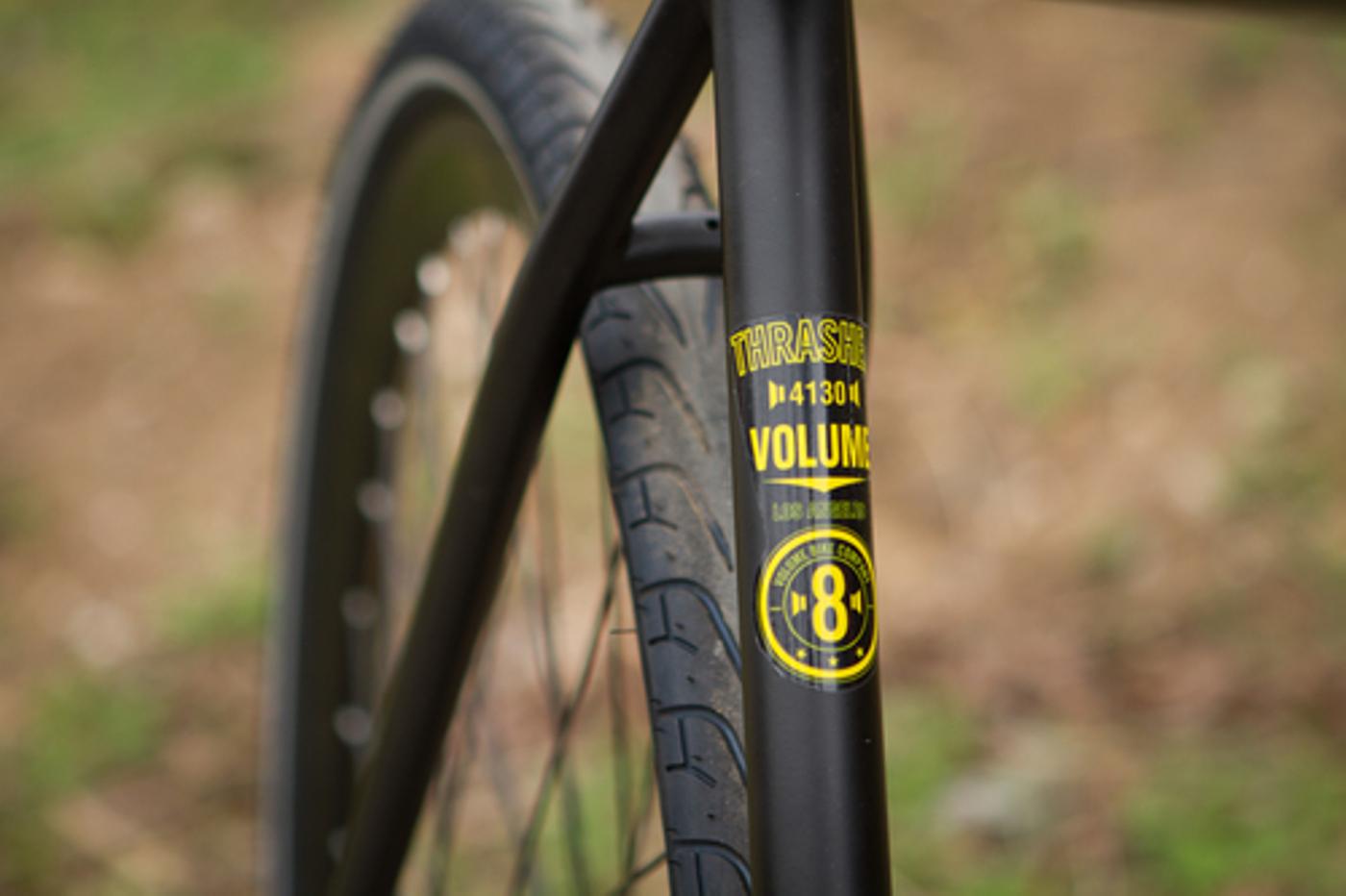 Jesse removed all of the other decals and left this one on the seat tube. Yep, those are my old bars. Even though he looks pissed here. He was all smiles the rest of the day. Many thanks to Peru for the parts, Nat at Fast Folks and Puckett for building this bad boy up. Now let’s ride more dude! Check out more photos at my Flickr.