Last night we had the pleasure of watching Kevin Mansker reach 257 rpms on a SRM indoor trainer. Here’s some background on Kevin’s blood, sweat and tears: Project London:

“Project London is an elite track cycling team, inspired, created and managed by Rubicon Cycling, LCC. Rubicon Cycling will carry on the mission of benefiting the LIVESTRONG organization while pursuing the development of young cyclists into champion professional athletes, fulfilling their dream of representing the United States of America in the Olympic Games.

The Olympic dream of our athletes through Project London is made possible by the generous sponsorship of Felt Bicycles, Rolf Prima wheels, Nike, Giro, Oakley, Schwalbe Tires, Park Tools, DMT and United Finance. Athletes will compete in a variety of events across the US as a trade team and will also vie for slots on the USA National Team in international competition in the UCI World Cup, UCI World Championships, and the Olympic Games.

Kevin’s just a link in the chain of a team of track racers who are giving it their best to make it to the 2012 Olympic games.

Check out some more information below. 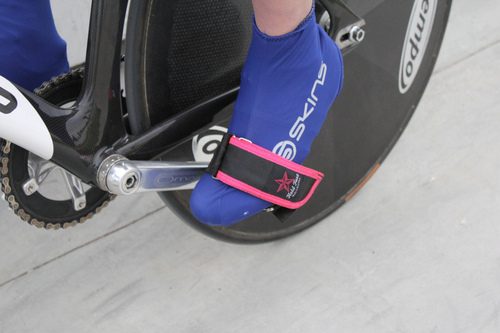 As Beaver pointed out earlier in the week, Kevin’s preferred foot retention system includes the Hold Fast FRS. Kevin broke the flying 200 record at Encino with a time of 11.18 and he swears by Hold Fast. Pretty rad huh?