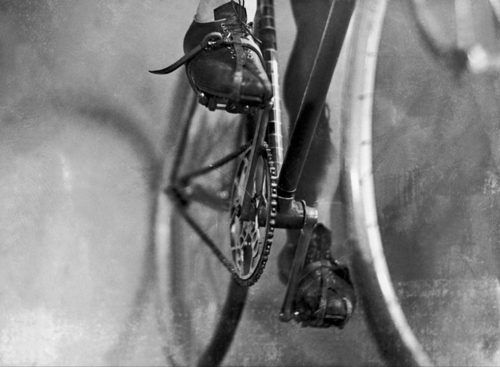 Photo via the Keystone/Eyedea/Everett Collection

Up until 1937, the fixed wheel was the only bicycle permitted to be ridden in the Tour de France. This was because of a rule enacted by Henri Desgrange, who was somewhat of a purist. Of course, after 1937 derailleurs were allowed and here we are today. This may be common knowledge, but this photo needed a bit of a backstory. Really awesome shot!