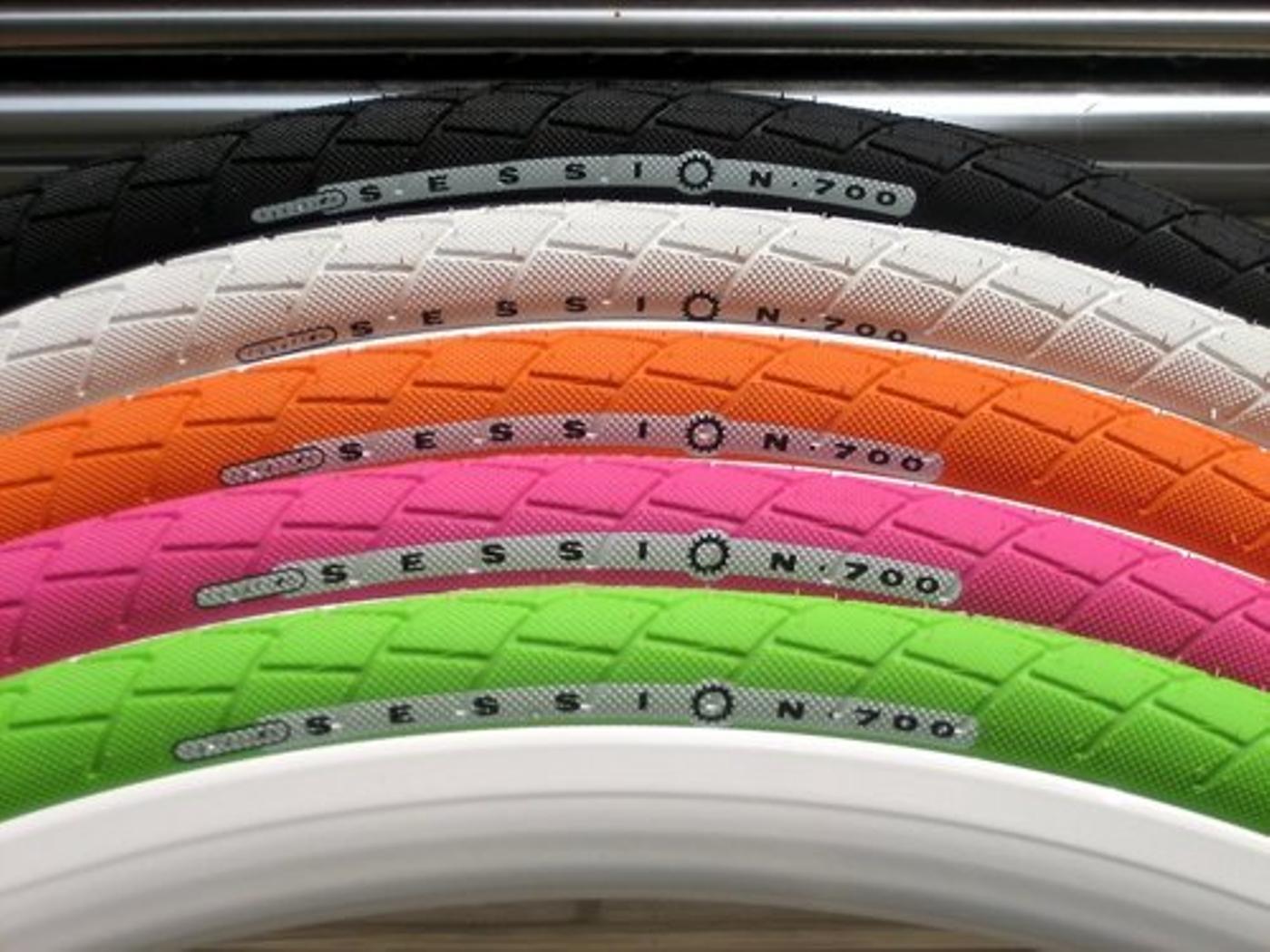 I was lucky enough to test out some of these tires via Bens Cycle and Fyxation. A few others tested them out and we all had pretty much the same things to say about them…

People are pretty opinionated about their tire of choice. Some swear by Gatorskins, others are lifelong Vittoria Rando supporters and yet, there are still multiple companies making new tires all the time. No one seems to be addressing the “trick” market though. Right now I’m pretty stoked on these for one simple reason; traction that wraps the sidewalls.

Ever ride home in the rain to be alarmed by something and when you whip into a hockey stop, your bike kicks out from under you, landing you on your ass and your bike in the street? Well, I’ve done it a few times and it’s no fun. I’ve ridden in the rain multiple times on my commute on the Session tires and because of the directional tread that wraps the sidewall, it has great traction. 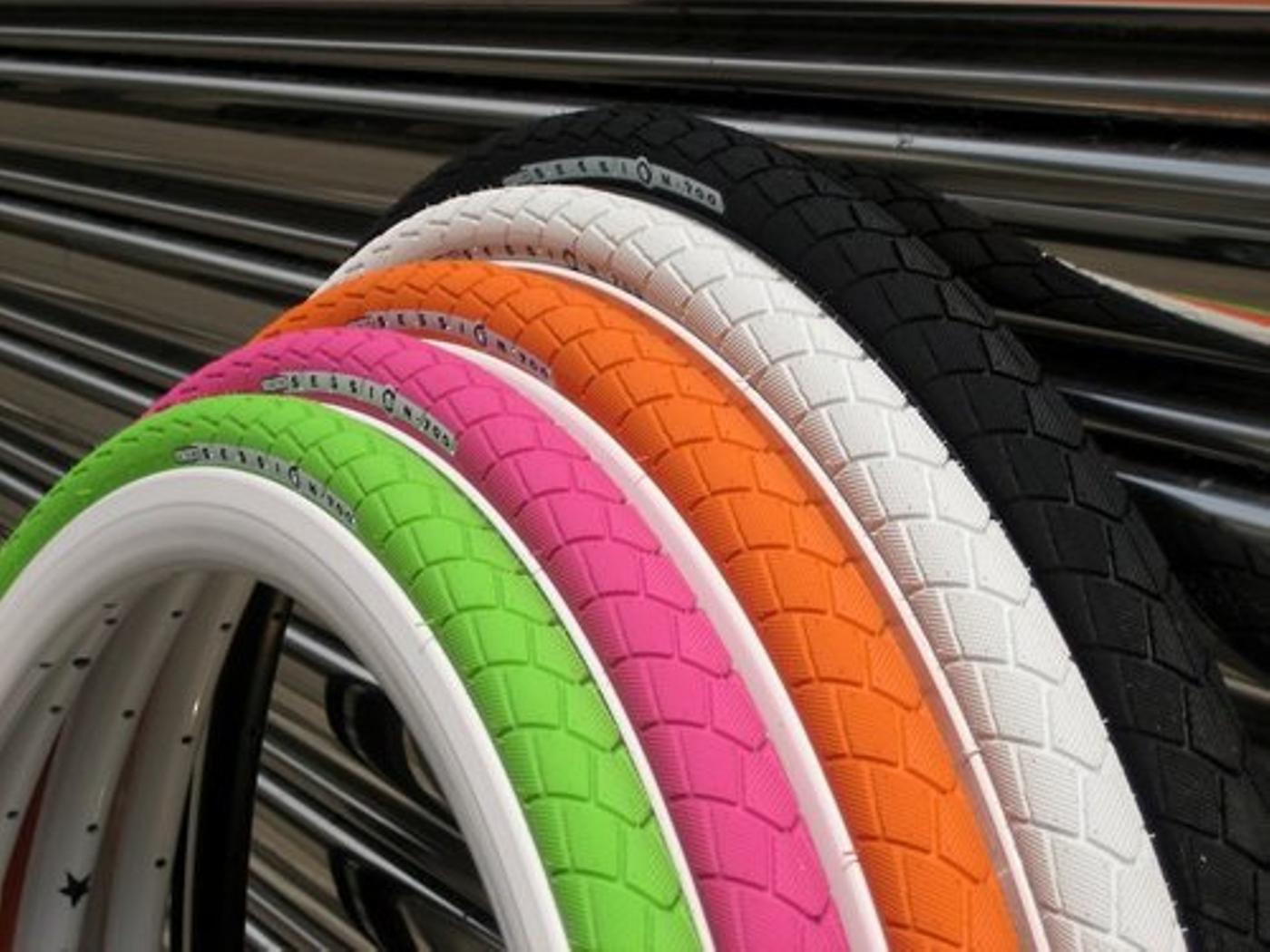 They also don’t wear down from daily skid use. Their high TPI (120TPI) and Kevlar-enforced,beefy sidewalls ensures you won’t get any pinch flats as well. Not to mention, compared to other urban tires, they’re pretty light. Right now they come in a 28c, which is more like a 32c and hopefully a 38c or a 40c to follow. The pricepoint is right up there with other premium tires, which is to be expected. I can be honest though, they have lasted weeks longer than other tires I’ve ridden recently. They don’t loosen up or weaken after weeks of riding like others do. I went through 2 Randos in the time a Sessions tire lasted on the rear wheel.

Keep watch on the Bens Blog for more updates!