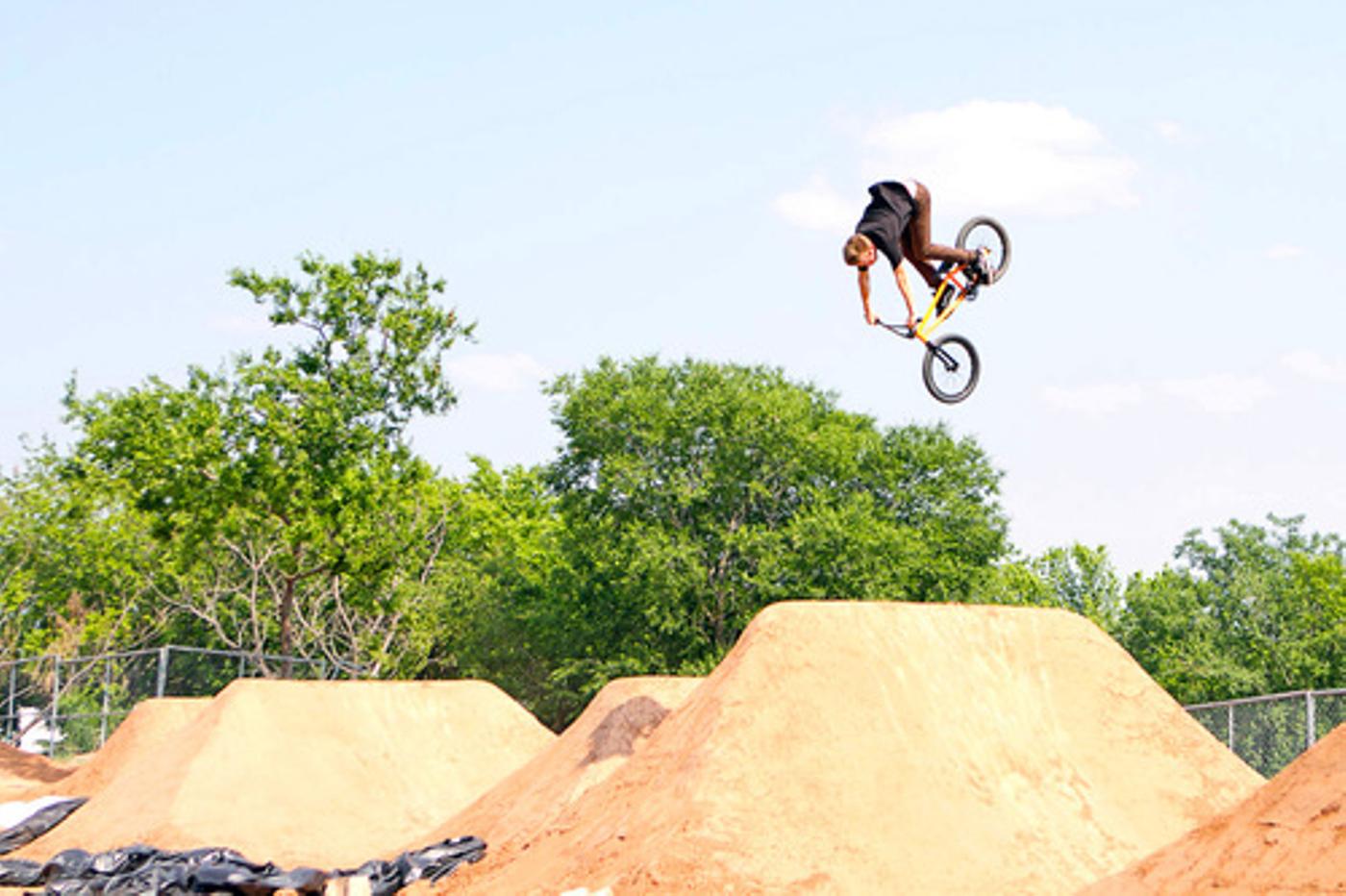 It is already in the 90’s here in Austin. This makes any outdoor activities physically draining. Without the constant retreat to shade trees to chug water, you’d fry out there. With the Odyssey Texas Toast event approaching here in Austin, I’ve been checking in every day on the progress over on 5th street where the dirt jumps are being set up. Yesterday, I just so happened to catch some local rippers tearing it up and managed to grab some photos of the course’s progress. Not since the X-Games came through Austin some years ago has an event this large taken place here. The quality and quantity of the dirt jumps are impressive. The guys were still tweaking them when I showed up yesterday. Dudes like Chase Hawk were giving their feedback about how they should be sculpted. As I said, these guys aren’t fucking around! Look at that. So rad. On the other side of the block, over on 6th street, the street coarse is being set up. Here’s that Gauntlet of Death that Taj was talking about in the Odyssey video. 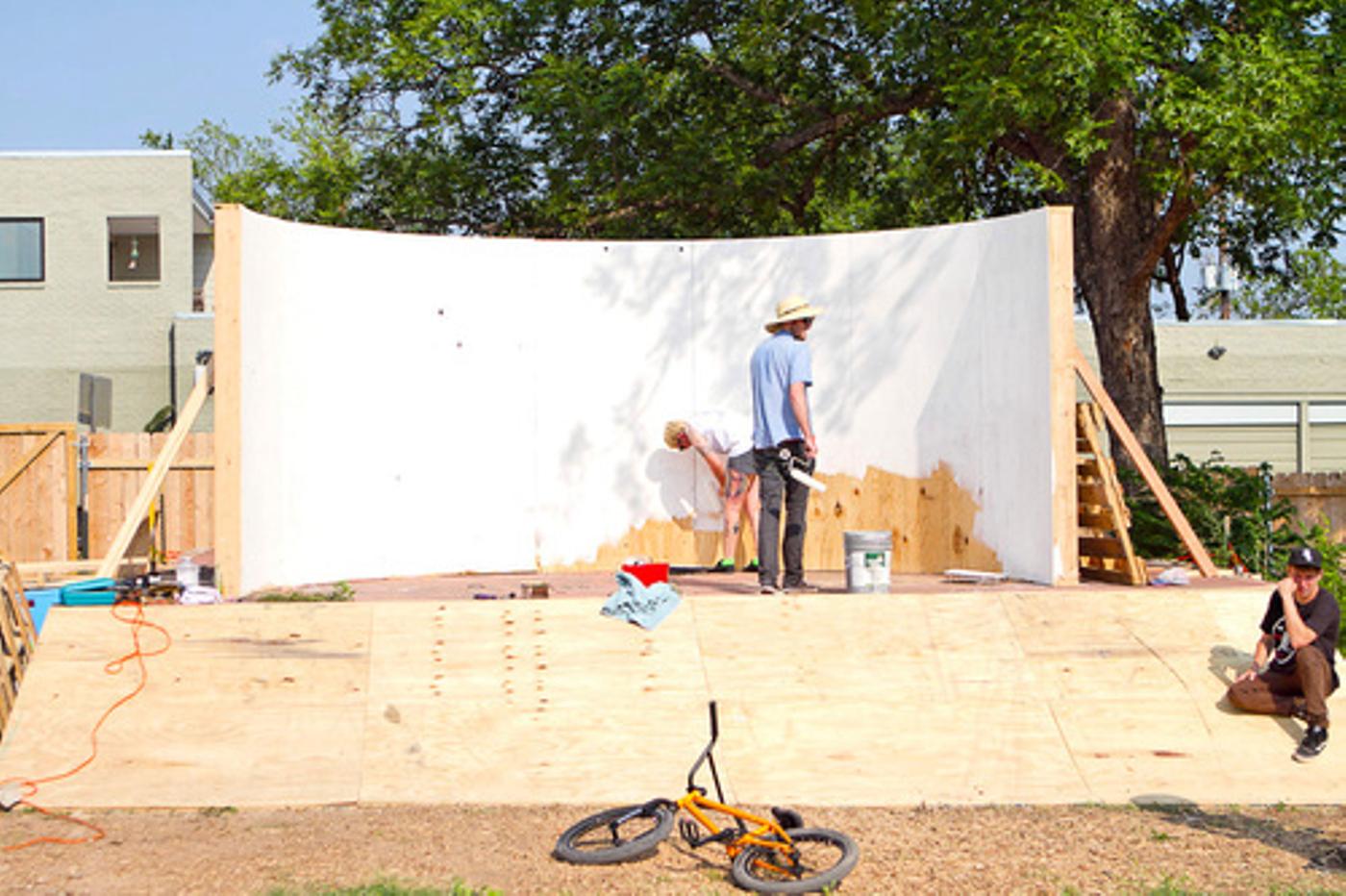 And the Empire curved wall ride. Big bucks are on the line here. The street section is still being set up (as you can tell). And there’s still work to be done on the dirt side of things. 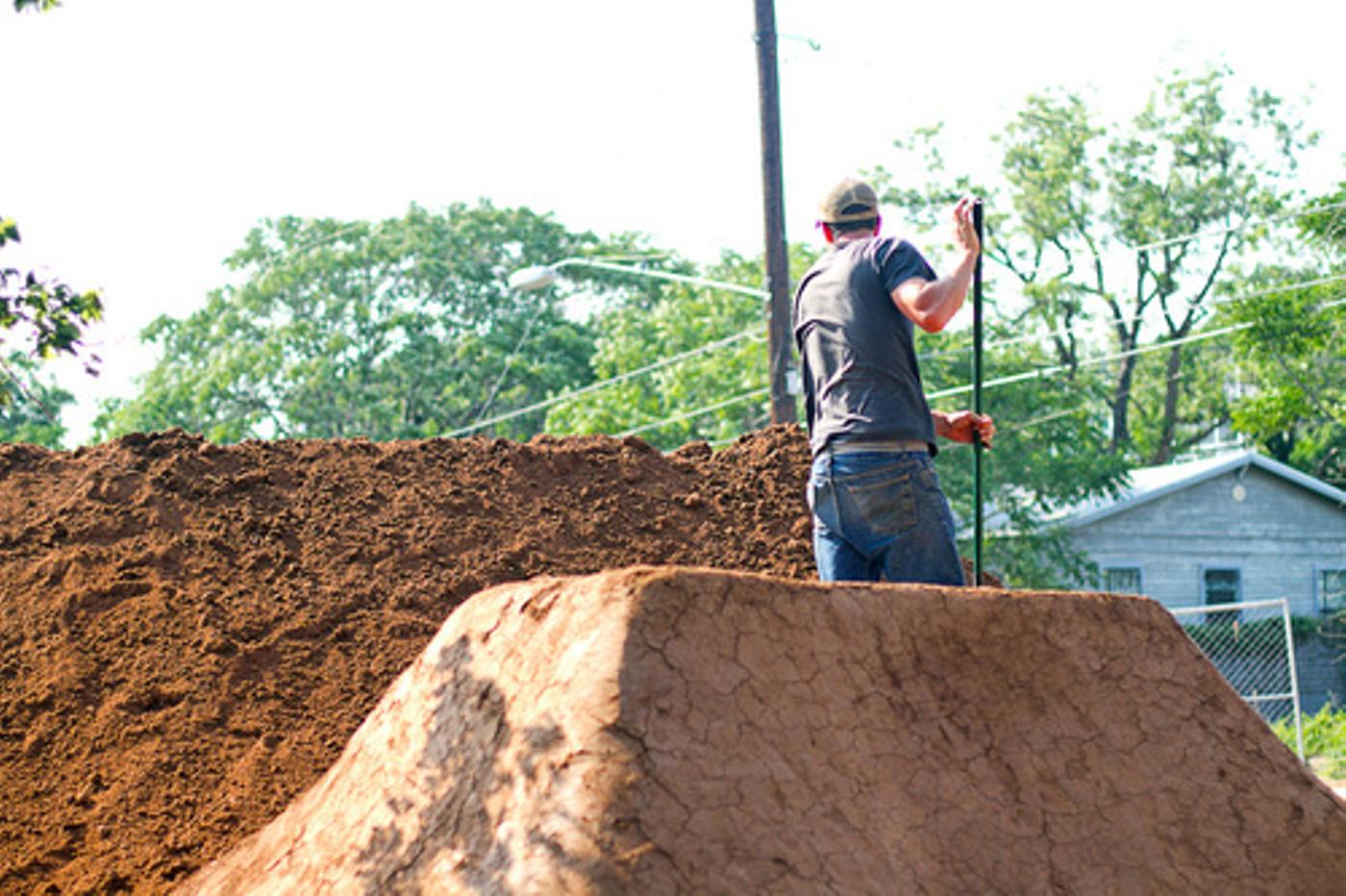 The crew was setting it up and letting the guys rip at it before making final adjustments. And man were they ever ripping it! Seeing this caliber of riding in person is so fucking rad! But Chase was stealing the show with these massive inverted 360’s. Logan from Sunday! was getting down too. I gotta admit, this was the most impressive riding I’ve witnessed in person and they weren’t even going at it that hard. I can’t imagine what the actual event is going to bring! After 20 minutes or so of riding. Everyone was beat so they took the shade and began to work on the dirt some more. The dirt, like the crew was frying Texas Toast in the sun. I took a bunch of photos so check out a slideshow below!

These are also at my Flickr and don’t forget, Texas Toast is this Saturday. Check out moe updates at the Odyssey blog! And don’t forget to be there!