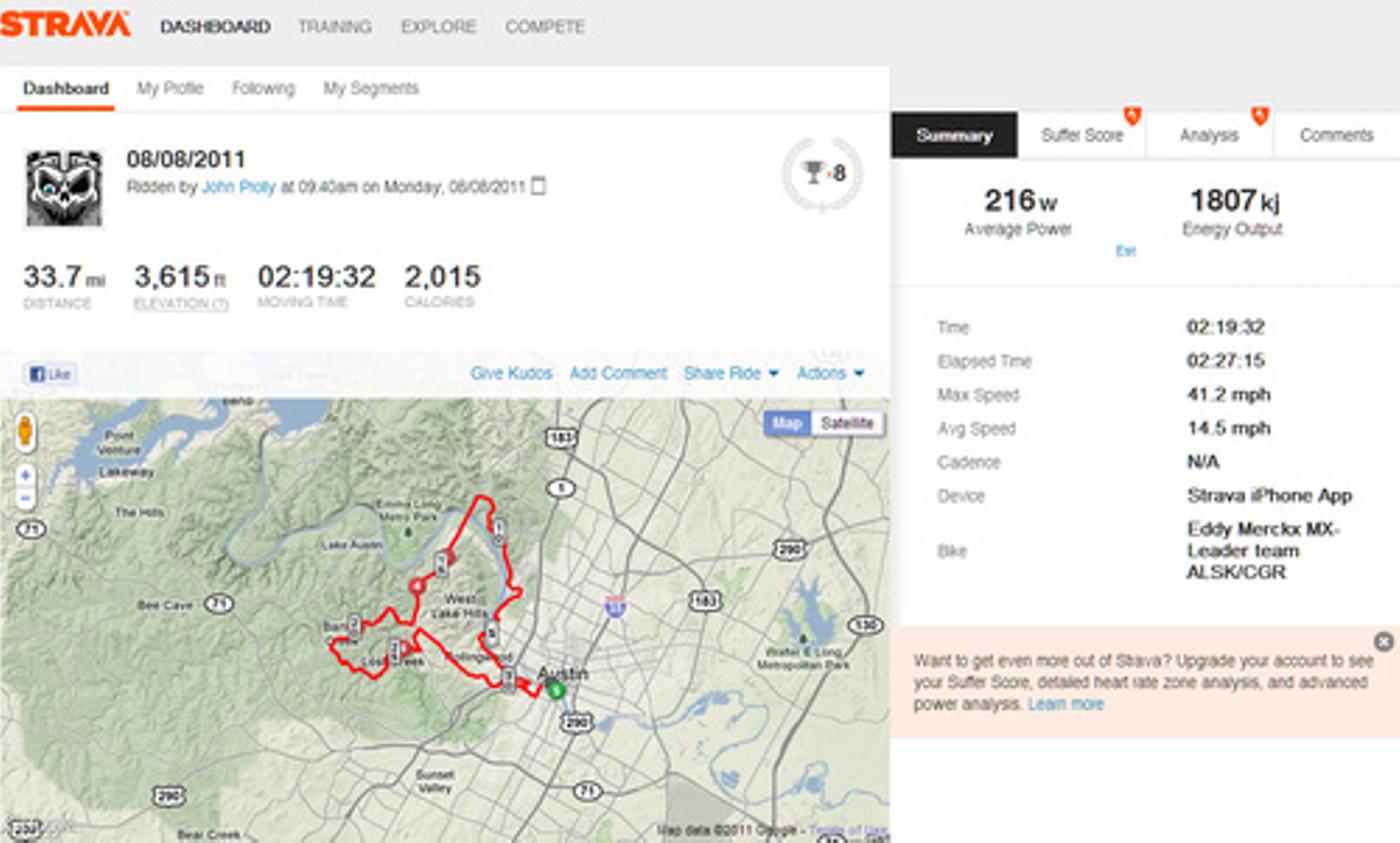 When I posted about iMapMyRide and left the entry open-ended, asking what you guys used to document your rides, I took the recommendations and began using Strava for my iPhone. I’ve gotta admit, I was sold on iMapMyRide until I began logging with Strava. So why do I like Strava more?

For one, it’s simpler to use. The iPhone interface is super minimal and very easy to log time with. Simply hit new ride and record. Another benefit is the lack of annoying ads on the website. iMapMyRide has only gotten worse since the Tour sponsorship. Finally, what really sold me on Strava was its minimal design. By comparison, here’s the same route on iMapMyRide vs. Strava. It’s just a simple, quick 10-14 mile ride I’ll do when I’m pressed for time and yet Strava’s layout is a lot cleaner.

Strava also makes it easier to list your bike and equipment. That way you can see what the faster climbers are riding and I don’t feel so bad doing it with a 20-year old steel bike rocking an 11-25t cassette and Dura Ace 8 speed STi. Strava’s power and wattage estimates are a nice feature as well. One critique is the data lag. Yesterday, I did my favorite loop and for some reason, it calculated the 3,500′ of elevation as 1,600′ for a few hours. I’ve also had the Strava GPS crap out, deleting my ride data. But for a free app, it’s top notch!

Both iMapMyRide and Strava are FREE apps so why not give them both a try?