New York, New York. The 2011 NYC Bicycle Film Festival has officially begun. Last night, the dark and foreboding skies couldn’t keep the NYC massive away from the Joyride Art Show. Crowds descended upon Wooster street, bikes were Locked Up and free booze was to be had. I hung around for the longest I think I’ve ever at Joyride and managed to take some photos of the art, friends and randomness. Most of the work was pretty straight forward but Jeffrey Robbins’ “The Best Defense is Good Offense” was my favorite. 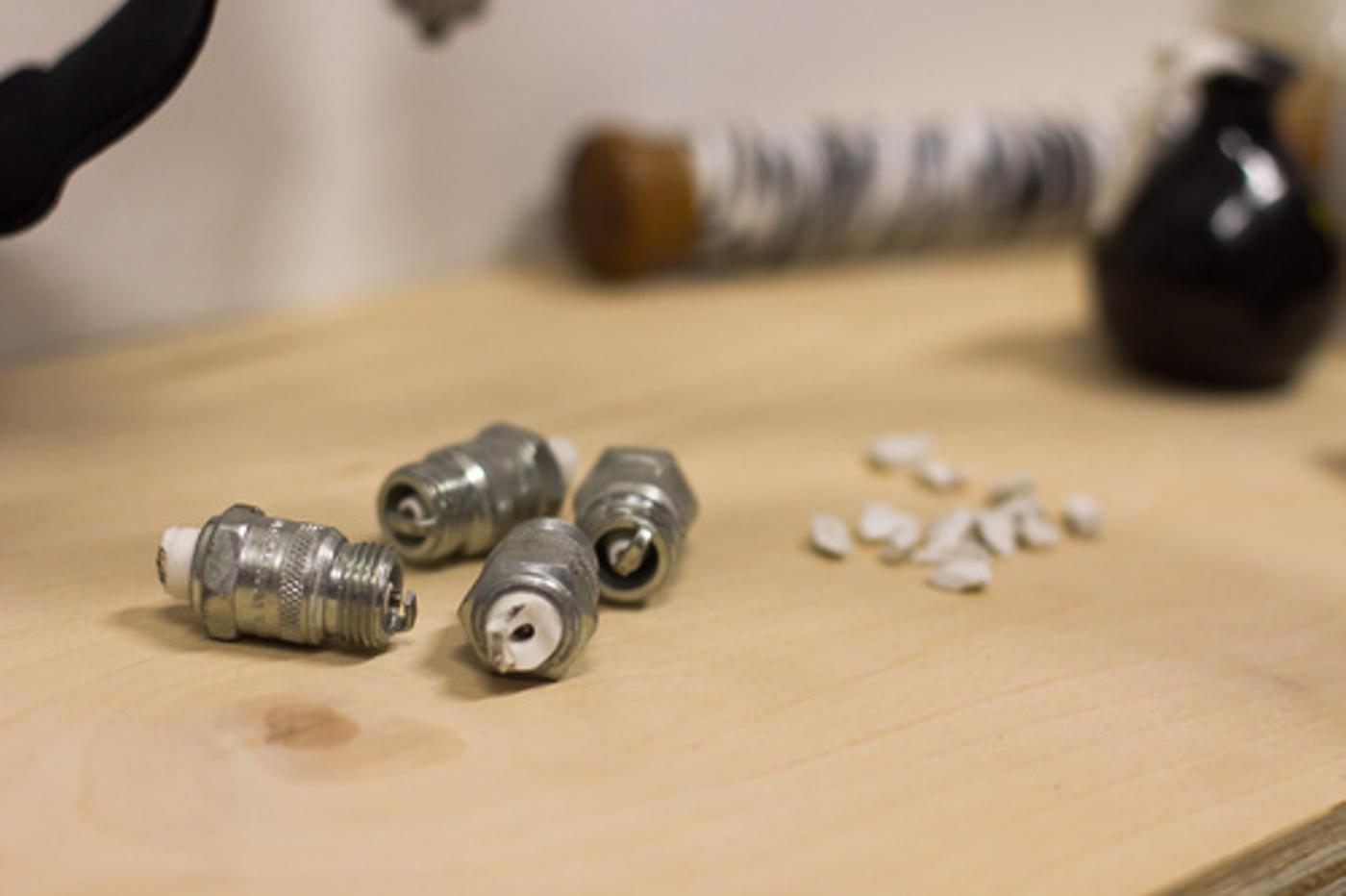 One of my earliest memories in NYC was watching a messenger throw a spark plug particle at a car’s windsheild, shattering it. This piece centers around bicycle defense. 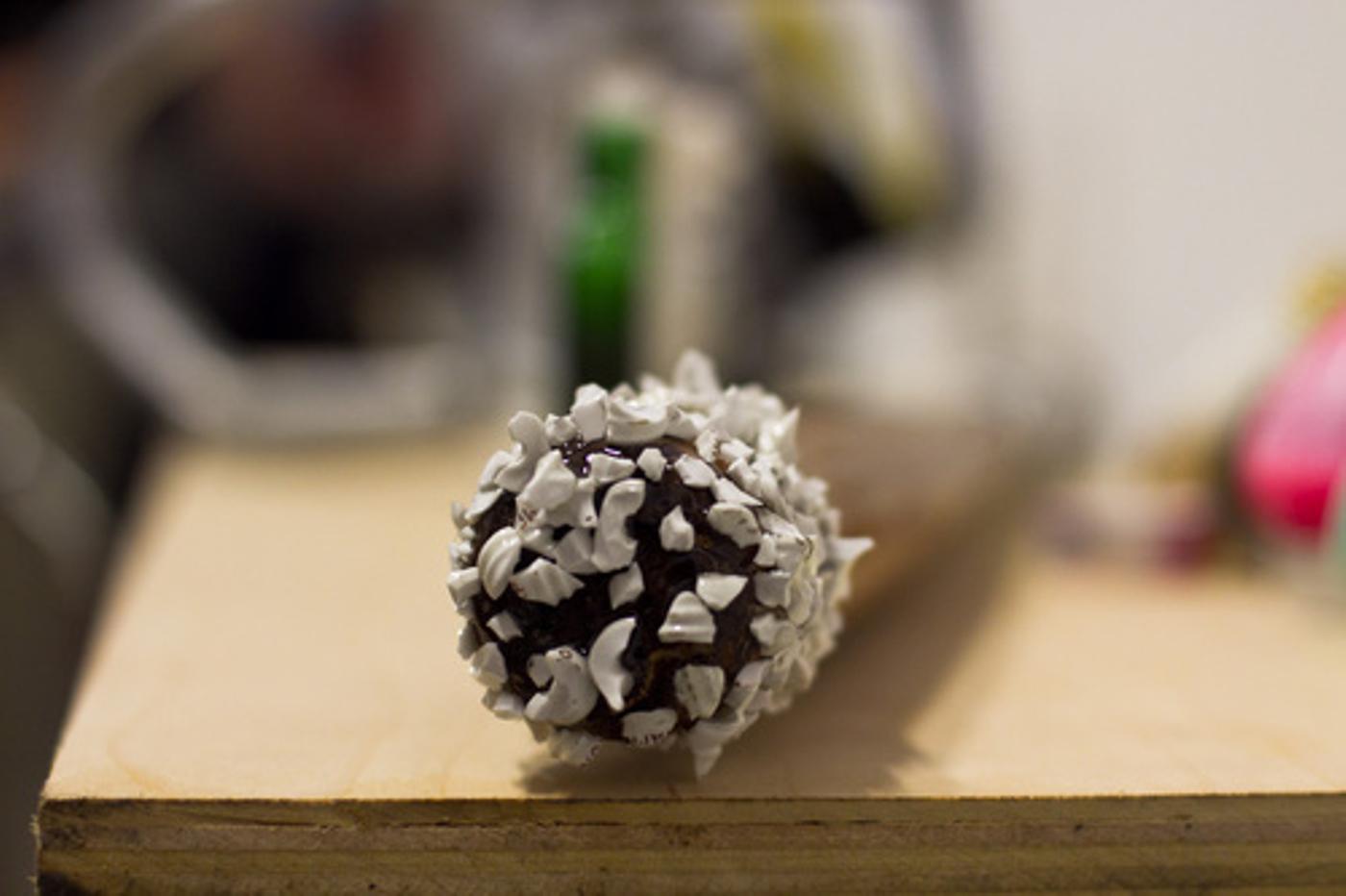 If the slingshot doesn’t work, maybe the dipped and tipped bat will. Six Point supplied the beverages, which quickly filled ever horizontal surface in the Spencer Brownstone gallery. Still, others supplied their own. 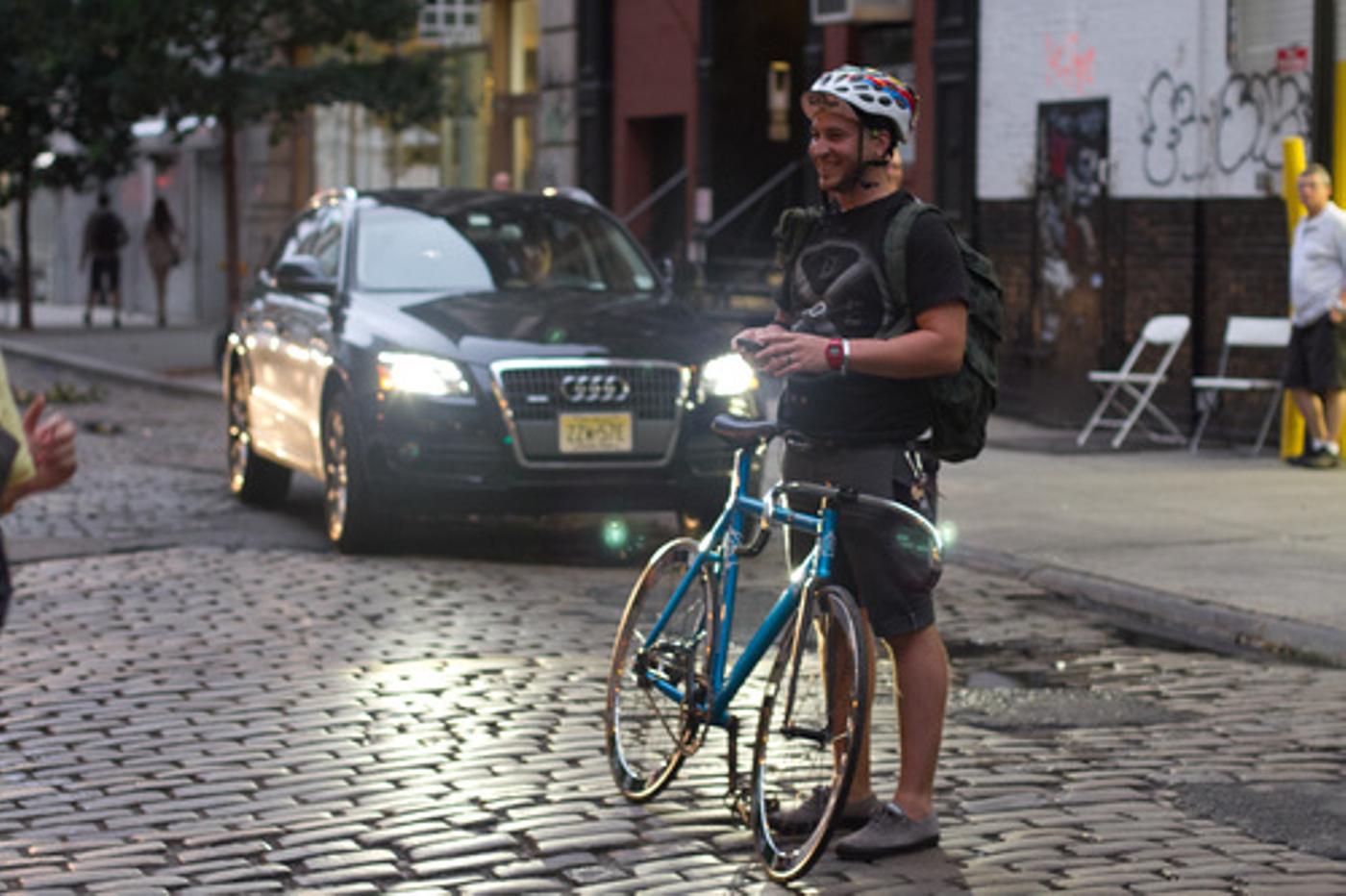 Crowds poured into the streets as lux cars from Jersey left the posh parking garages. The rain managed to hold off and everyone chatted it up till around 10pm or so. There’s more photos from the event in a slideshow below: