When I first heard about the NACCC team time trial that the local messengers were throwing with Mellow Johnny’s here in Austin, I pictured a bunch of weekend warriors coming out in full kits ready to race up some dinky hill downtown. Little did I know big wheels, bmxs and fixed gears would be involved. The format was simple: teams of three raced up an 8-story parking garage on big wheels, fixed gears and bmx bikes and the team with the fastest time wins. 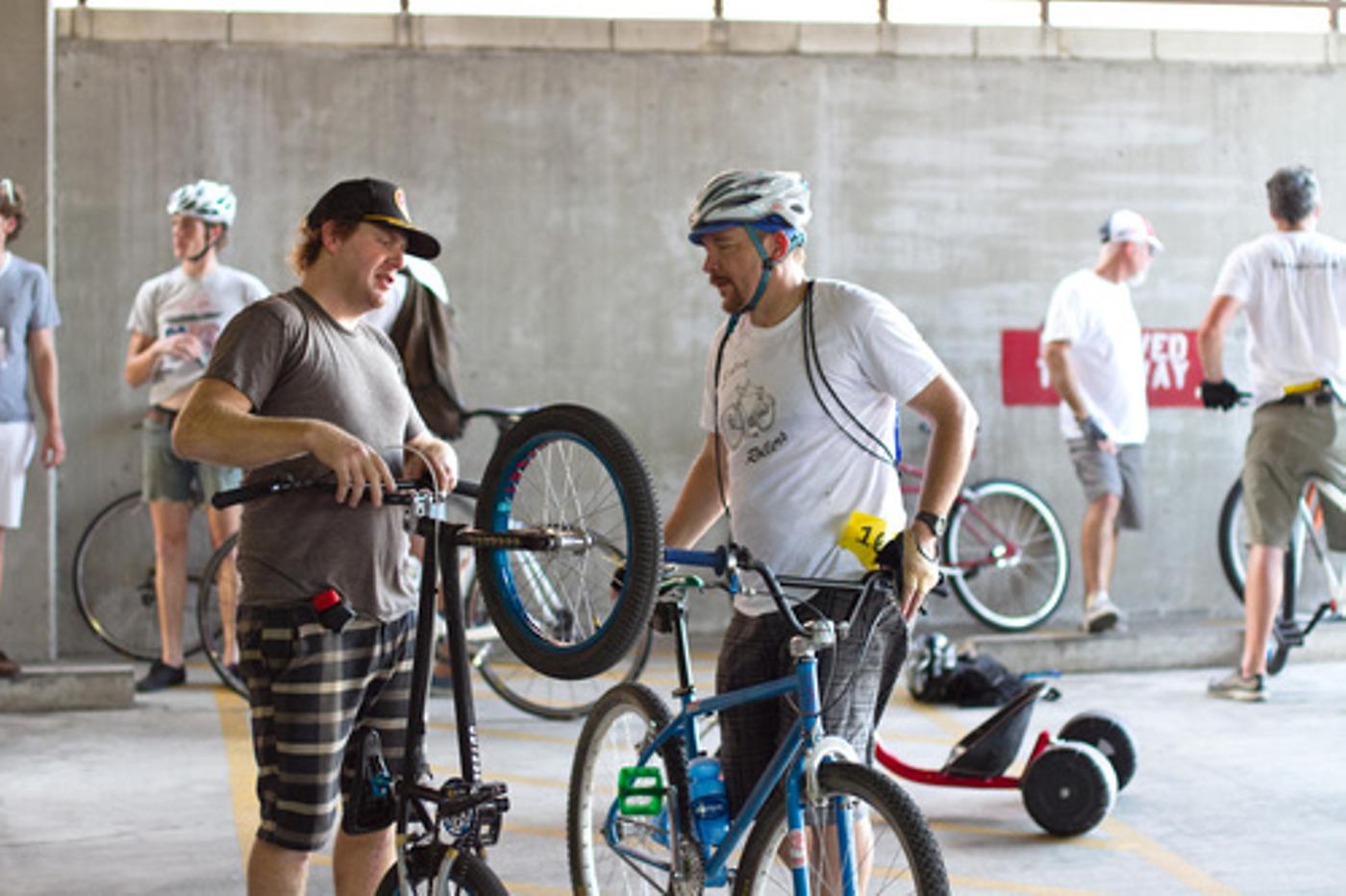 As you can imagine, it didn’t take long and with only four teams competing, the event was over quicker than everyone anticipated. 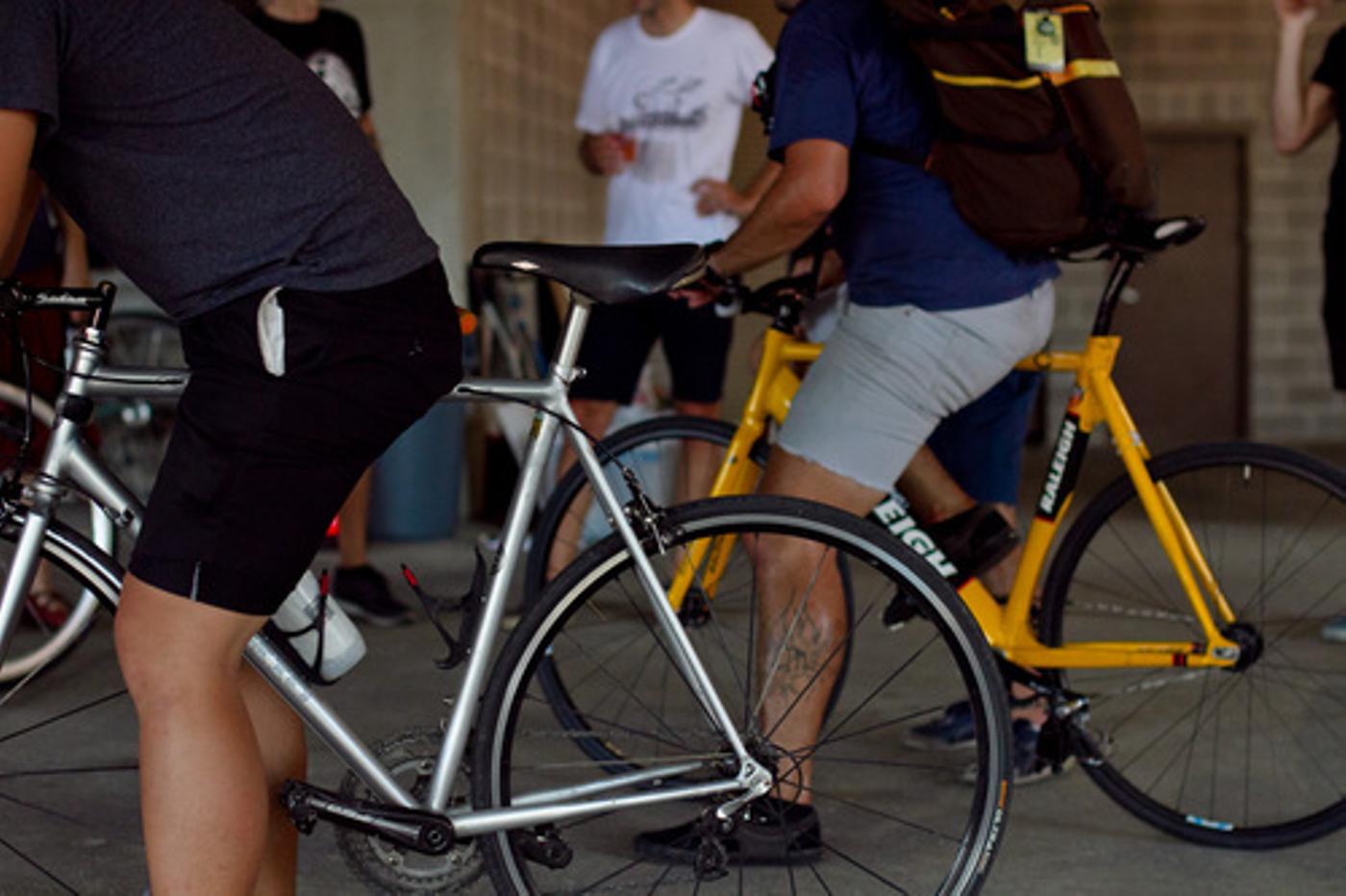 Just as we were starting to like hanging out in a parking garage on a hot summer day, we all headed over to Mellow’s for free beer and food. 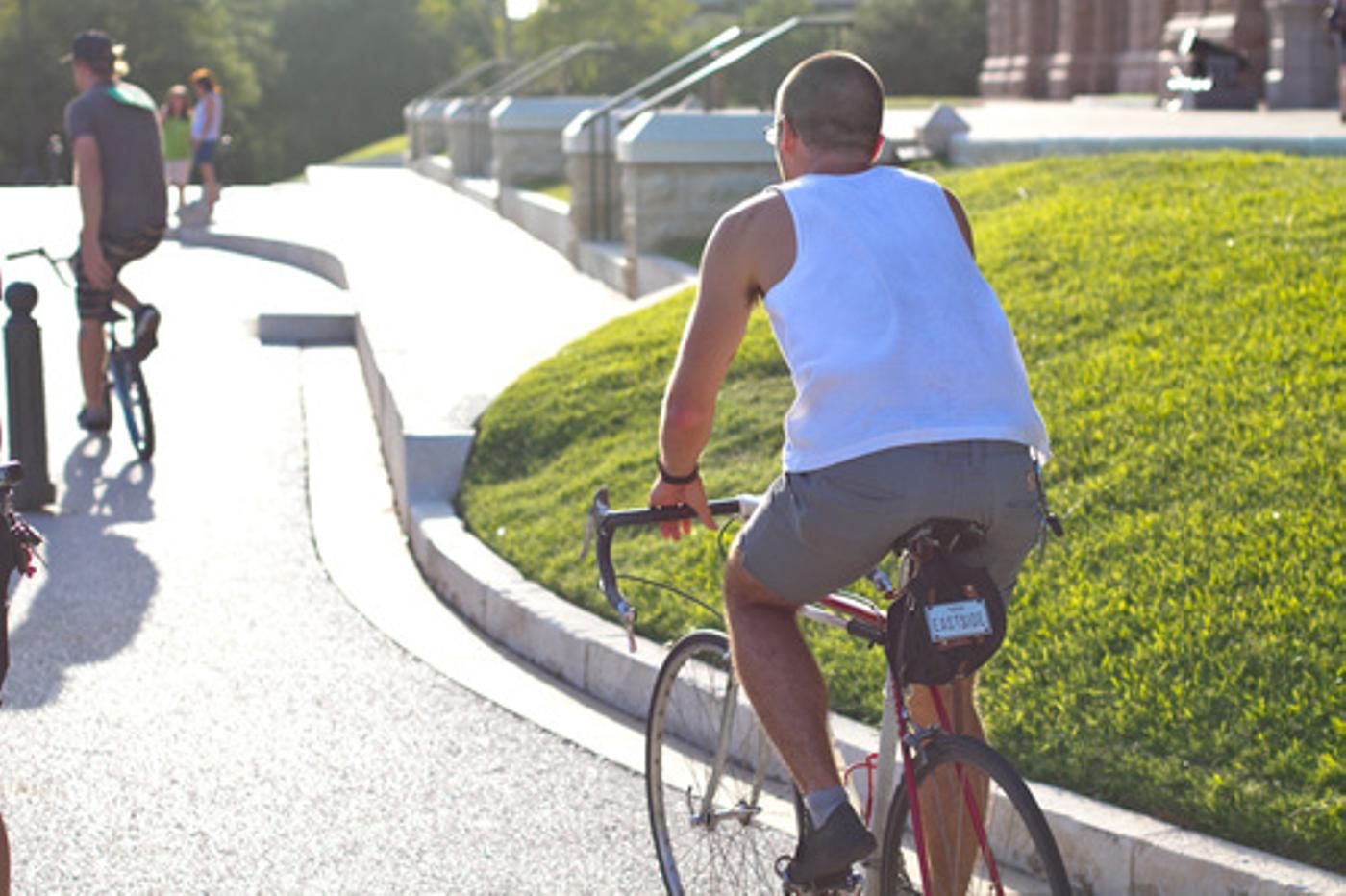 It’s Austin, so you can expect many types of bikes at any event. People here are just down to ride. 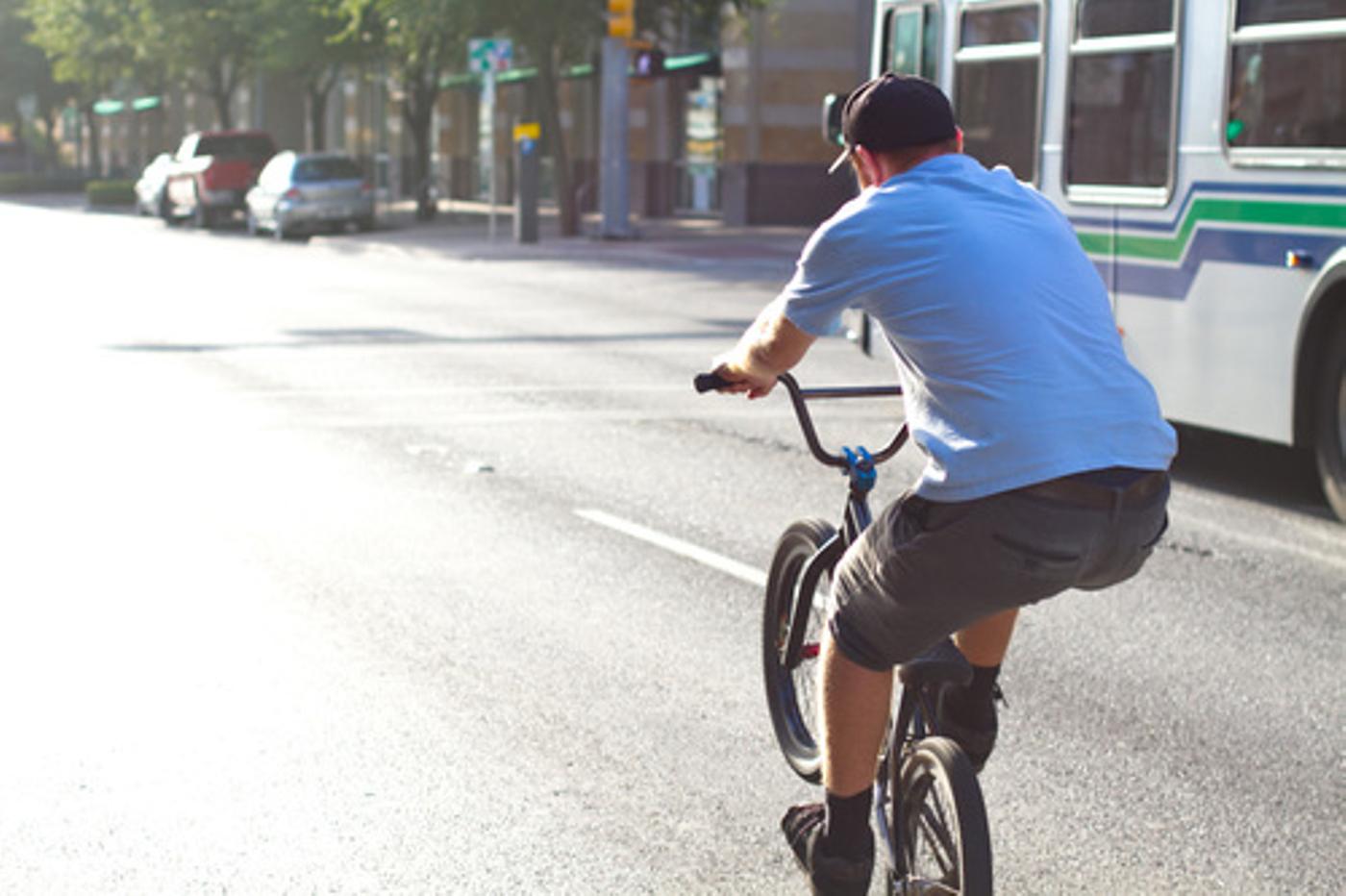 And because it’s one of the biggest BMX towns, some local legends will show up! 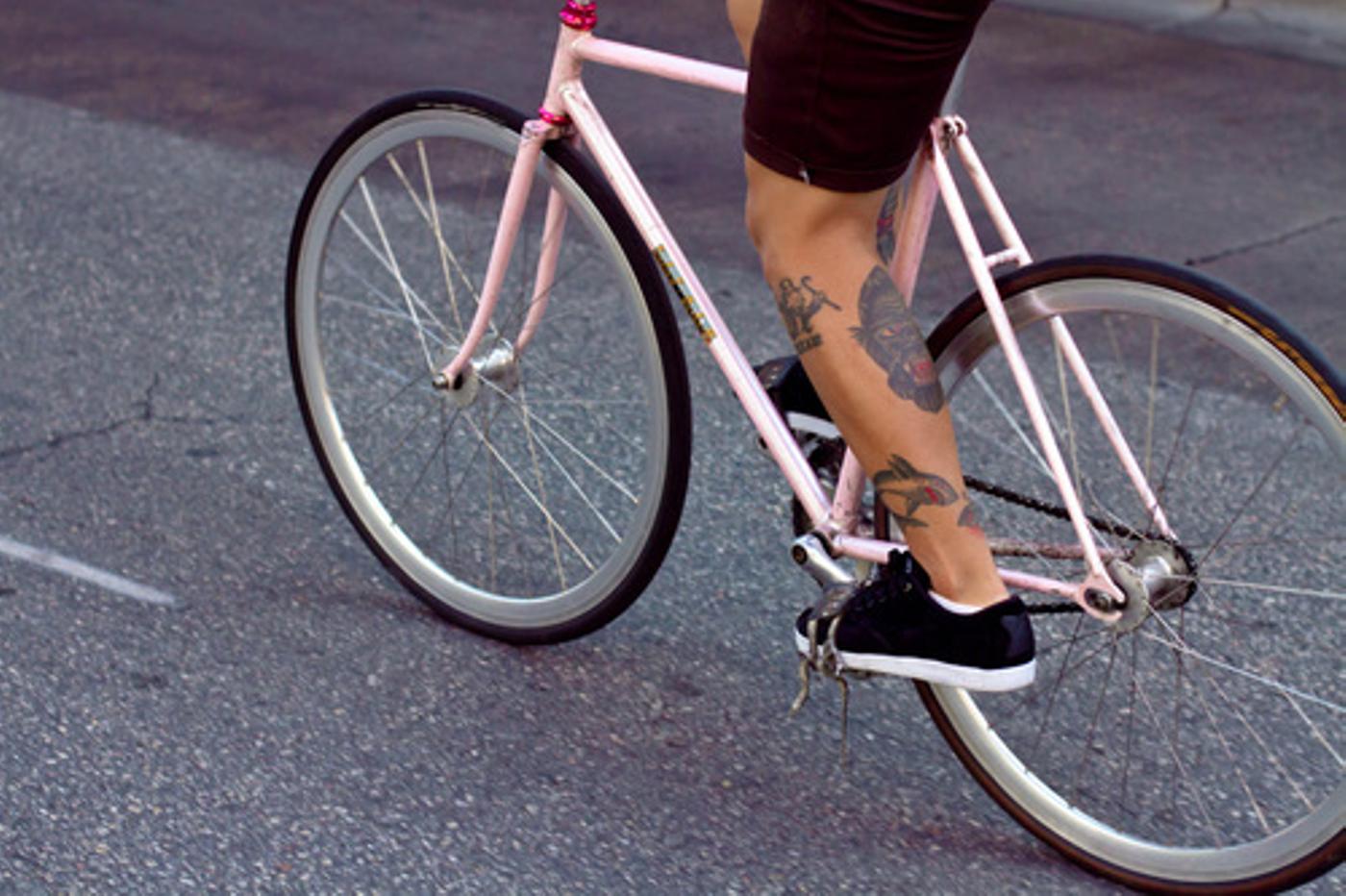 As well as some would-be famous bike messengers from NYC. Can you guys guess who this is? 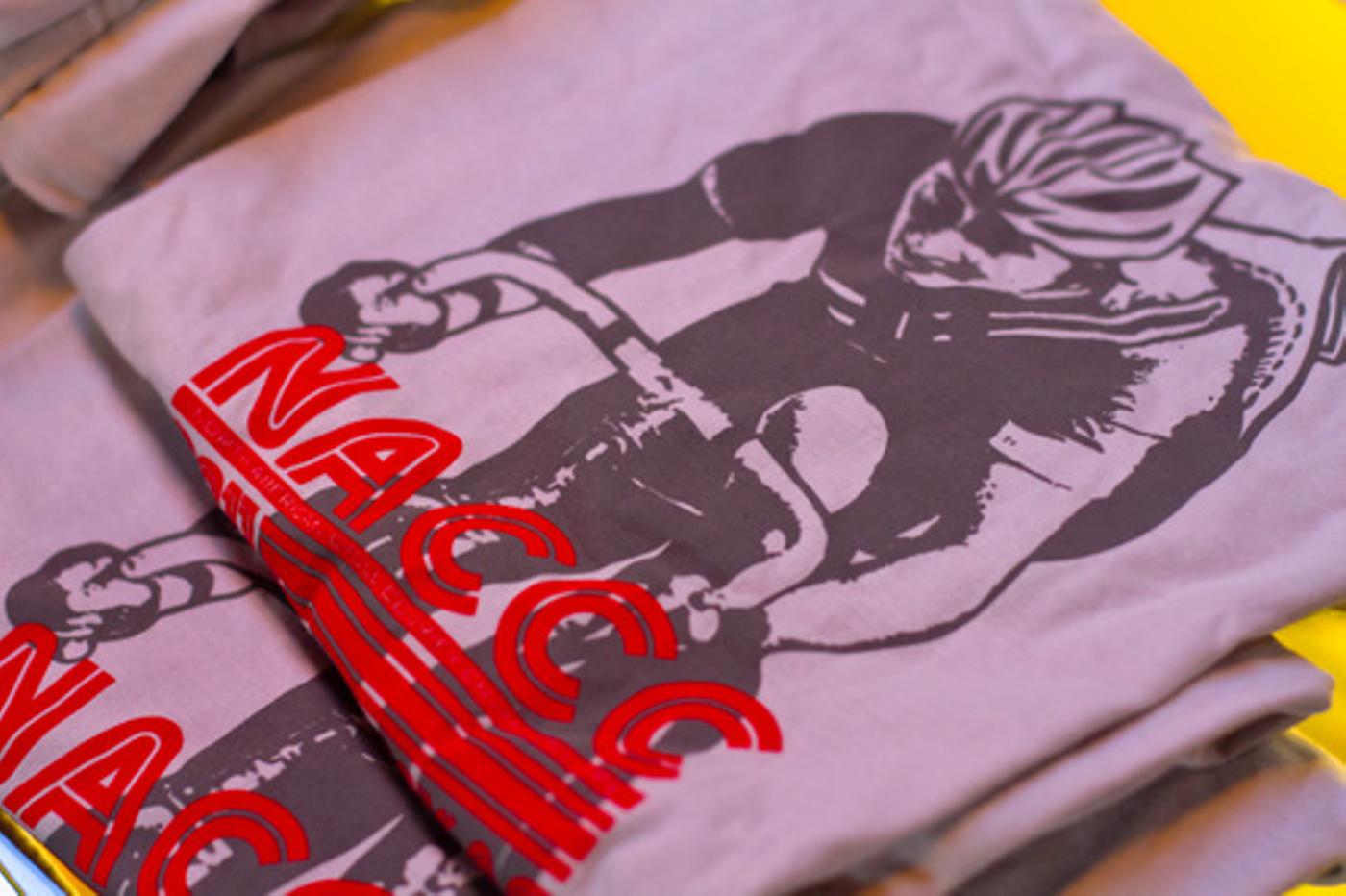 Once we got to Mellow’s everything became a blur. Everyone drank until 10pm when they kicked us out onto the street. This is the first in a series of 2011 NACCC fundraisers to come in the forthcoming weeks. Keep an eye here for more information!