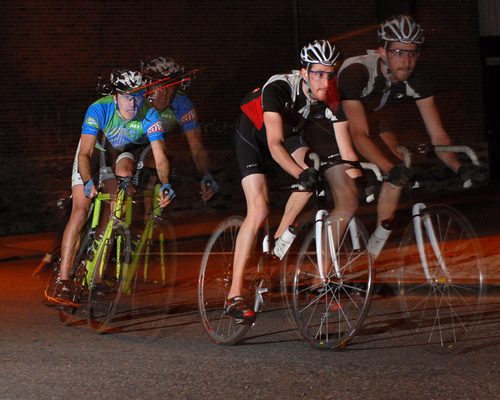 Such a rad photo! Lucas Brunelle was at the Red Hook Crit last night following the lead pack as they tore through the cobbles in a 20-lap unsanctioned track bike-only race. Ed Glazar caught him tailing Al, who placed 3rd in the crit. The media presence last night was crazy. Multiple photographers and camera crews were present, making it hard for the local bike photographers to get in on the action. I know Ed was trying to get a few at this turn and I’m sure he’s happy with the final product.

Check his blog for more photos!