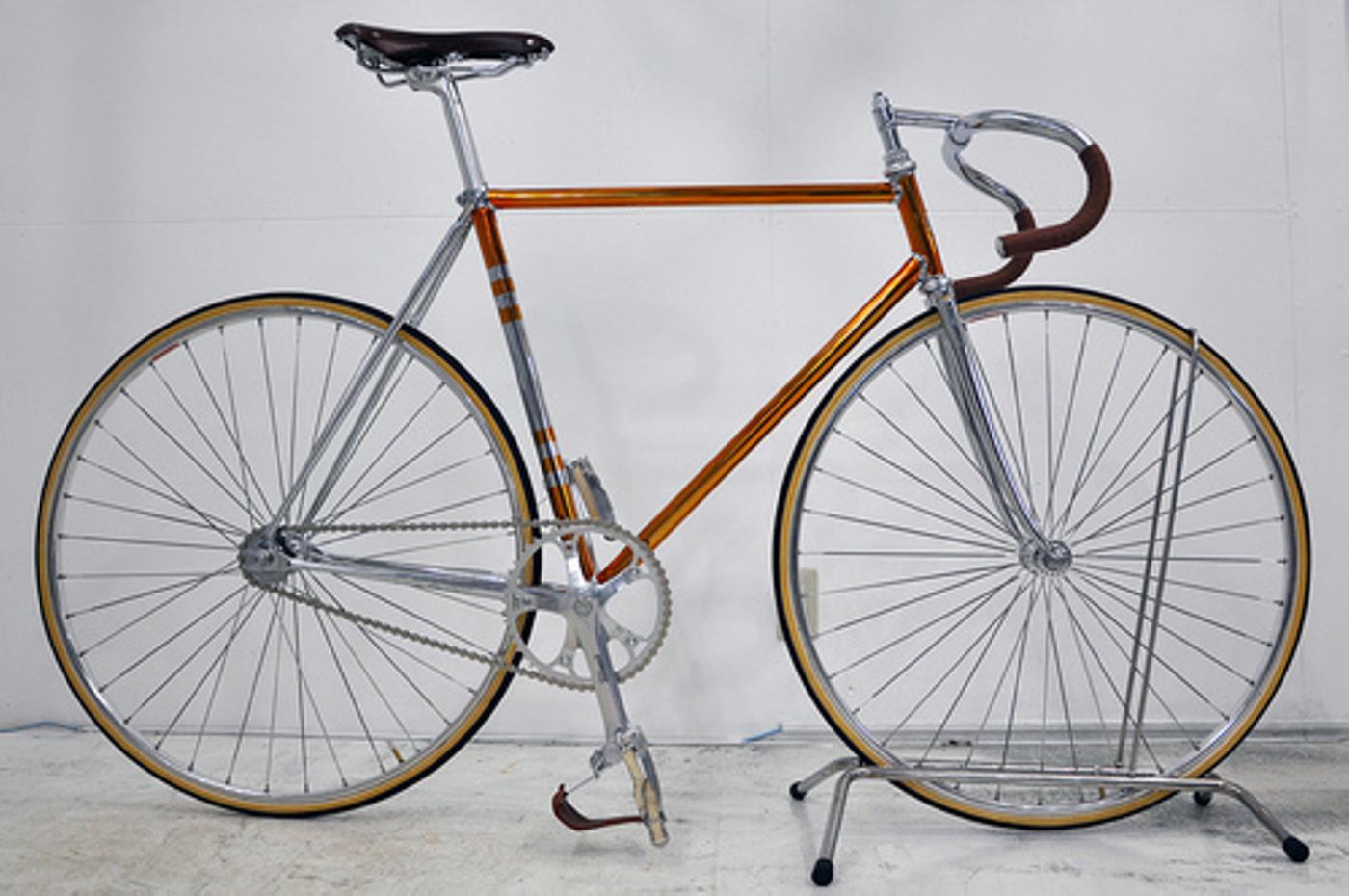 Now, if you recall the history of 3Rensho, Yoshi Konno, in his first year of business called his company Cherubim Cycles, which later turned into 3Rensho. This was around 1978. Now, Yoshi hasn’t built frames in some time but as I was checking my Flickr contacts this morning, I came across this frame on Hugeblock’s stream. A company under the Cherubim guise has constructed this lovely Keirin-inspired frameset for Japanese track bike boutique Sexon Super Peace. If that name sounds familiar, it’s because I did a Tokyo Bike Shop profile on them last summer.

I’ve got so many questions about this project but the biggest one is who is Cherubim Cycles? Maybe you recall the Urban Velo 2009 NAHBS set? Shin-ichi Konno is Yoshi Konno’s brother. Hitoshi Konno was Shin-ichi’s and Yoshi’s father. He started Cherubim in 1965 and built pistas for the 1968 Olympics. Later, Yoshi picked up the Cherubim name in 1978 and switched to 3Rensho shortly thereafter. Leaving the Cherubim name to his family.

Bottom line is, Cherubim is alive and well and the name lives on with Hitoshi’s spirit through the hands of Shin-ichi. If you need an example of this, check out the rest of the photos on Hugeblock’s Flickr. Based on Cherubim’s standard custom price of about $1,500, I’m going to guess this frameset will go for a little more than that. It’s a stellar deal for sure! Assuming it is for sale.