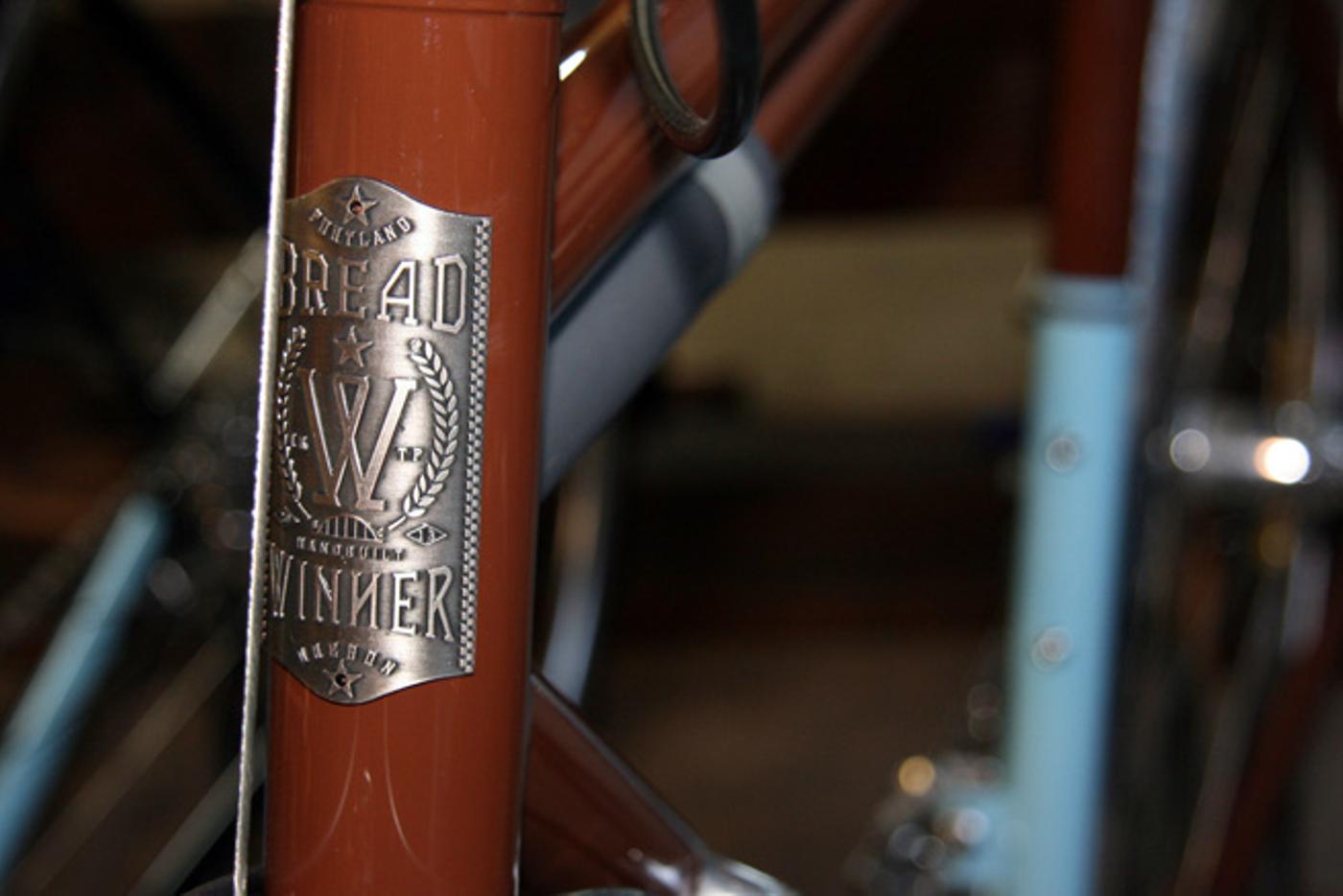 Photos and text by Jeremy Dunn

Ira Ryan should be somewhere between Portland and Denver at this very moment. In fact, if you follow Breadwinner Cycles on Twitter (@ridebreadwinner) & Instagram (@breadwinnercycles) , you might see that he has not only been broken into, but broken down along the roadside (nothing missing, no harm done) in the van containing their show bikes. This could be your first chance to get a glimpse of the Breadwinner bicycles (soon to launch) before they are fully revealed at the North American Handmade Bicycle Show this weekend. See if you can find him on the roadside… however, in all seriousness, if you do happen upon him out on the road, wish him well, as there is an undeniable amount of time that has been put into the production of those bicycles.

Both Ira and his business partner Tony Pereira (what? you say you recognize those names?) have done a pretty damn good job of keeping their partnership under wraps before this years show. 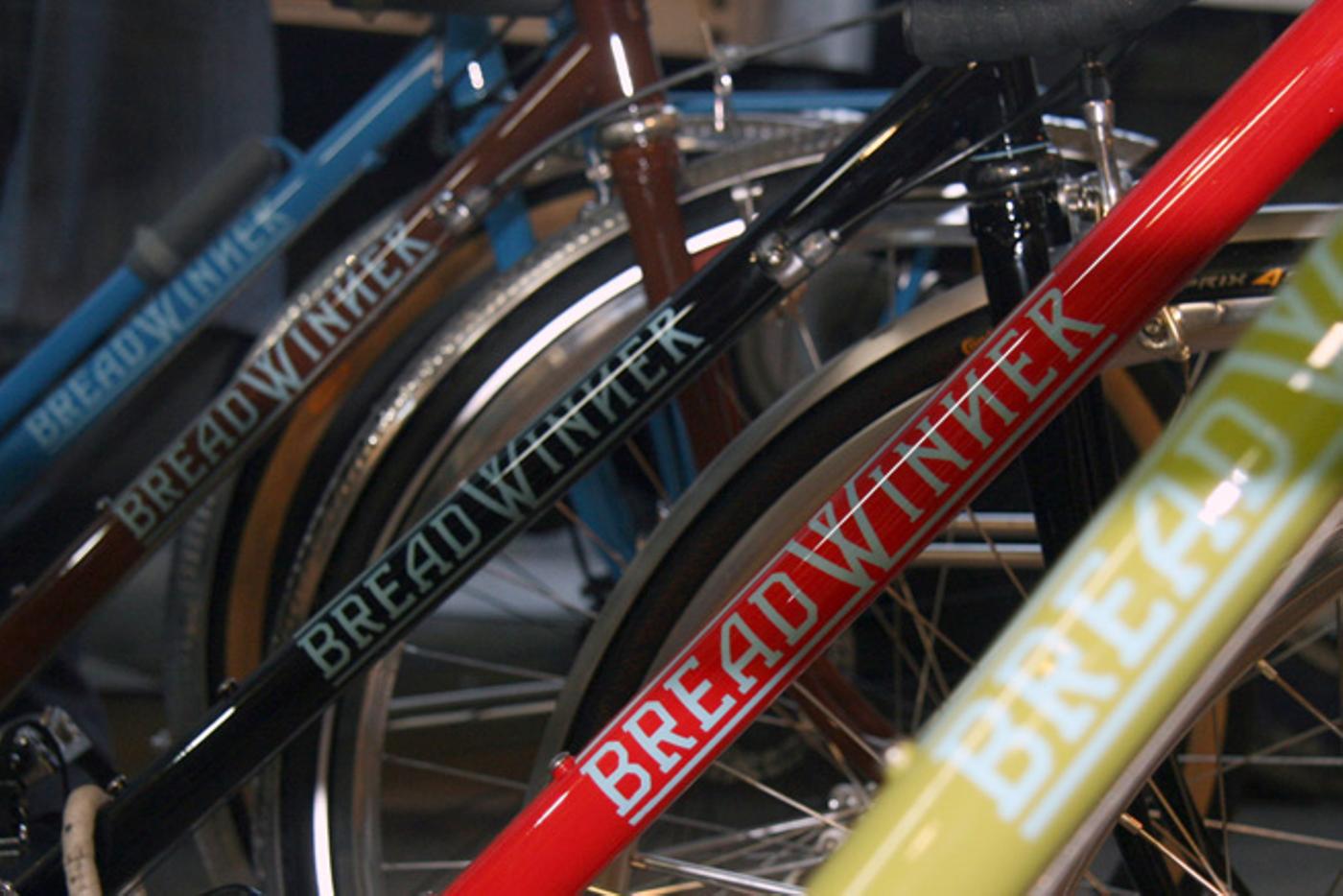 So, what do we have. The red one. The brown one. Possibly a blue one (ooh, that one looks like Tony’s Oregon Manifest bike from a few years ago). There might be a cross bike in there and if Tony has his say there is going to be a sick Mountain Bike as well. There are also some great looking headtube badges (see the small “IR” and “TP” on there? Nice touch.

This has been the talk of the town when it comes to “who’s going to NAHBS this year?” Ira Ryan and Tony Pereira started their collaboration with the Rapha Bicycle Collection Continental bike (well, really the collaboration started when they started riding together as part of the Rapha Continental) and it was quickly sussed out that they could turn this into a real venture together. See an interview with them here.

Upon talking to them the other day they mentioned models along the lines of Seven Cycles and harkened back to the old days of Independent Fabrications, something that could really become a truly USA made bike factory in Portland, Oregon. Those are some pretty great models to live up to, and any way you slice it (yes, I just did that) Breadwinner is going to be one to watch at this years show.

Many thanks to Jeremy for the photos and words and best of luck to Ira and Tony. See you gentlemen in Denver.