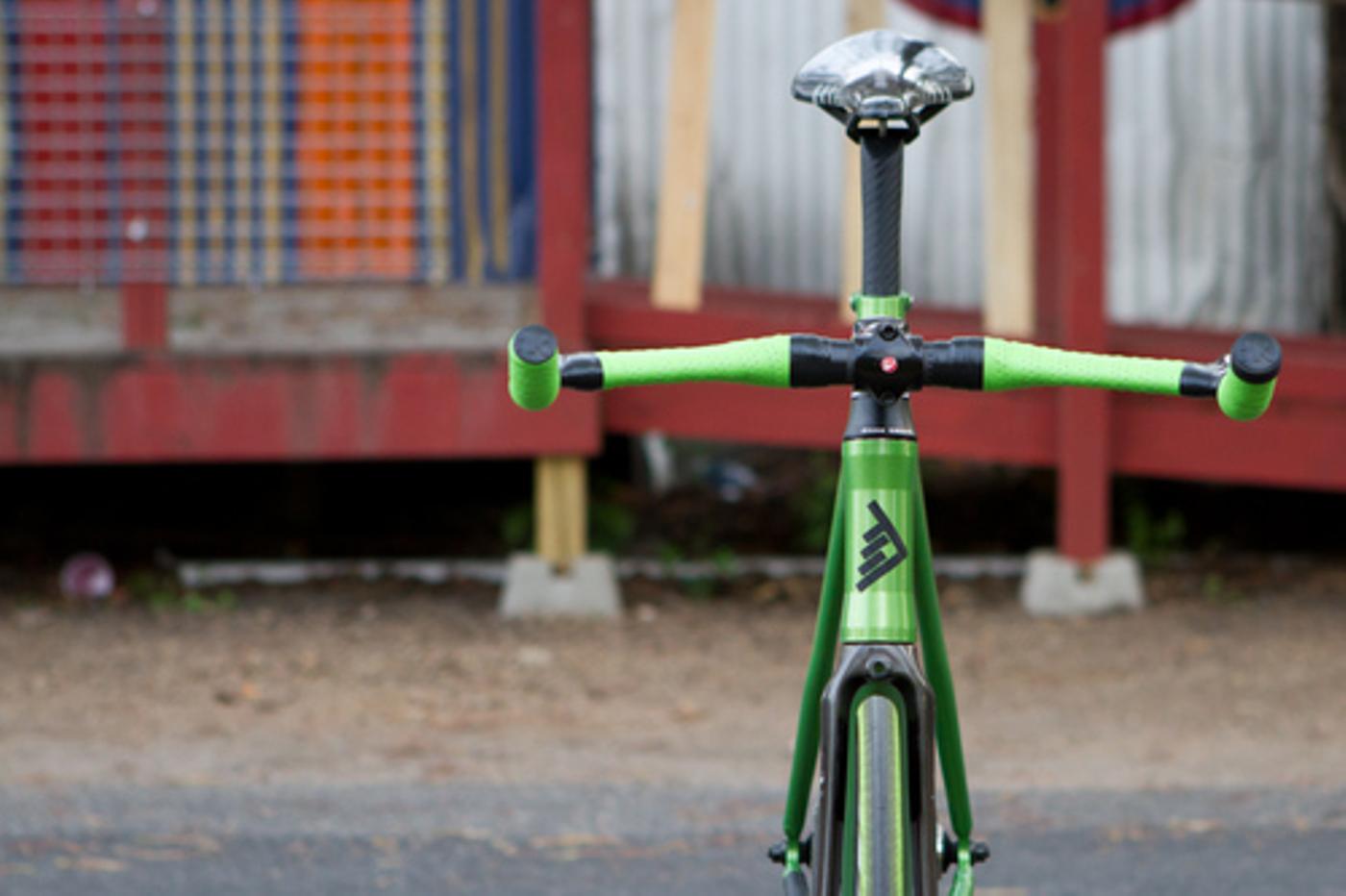 The same day I took photos of Alex’s Super Pista, I also photographed his buddy John’s Jamis Sonik track bike. Like Alex’s bike, John’s has some carbon overlays and a Fast Folks decal. He also went as far as to get his friend’s automotive paint company to strip it of the paint and bondo and coat it in a nice green apple paint.

Check out more photos of John’s Jamis Sonic Track below! 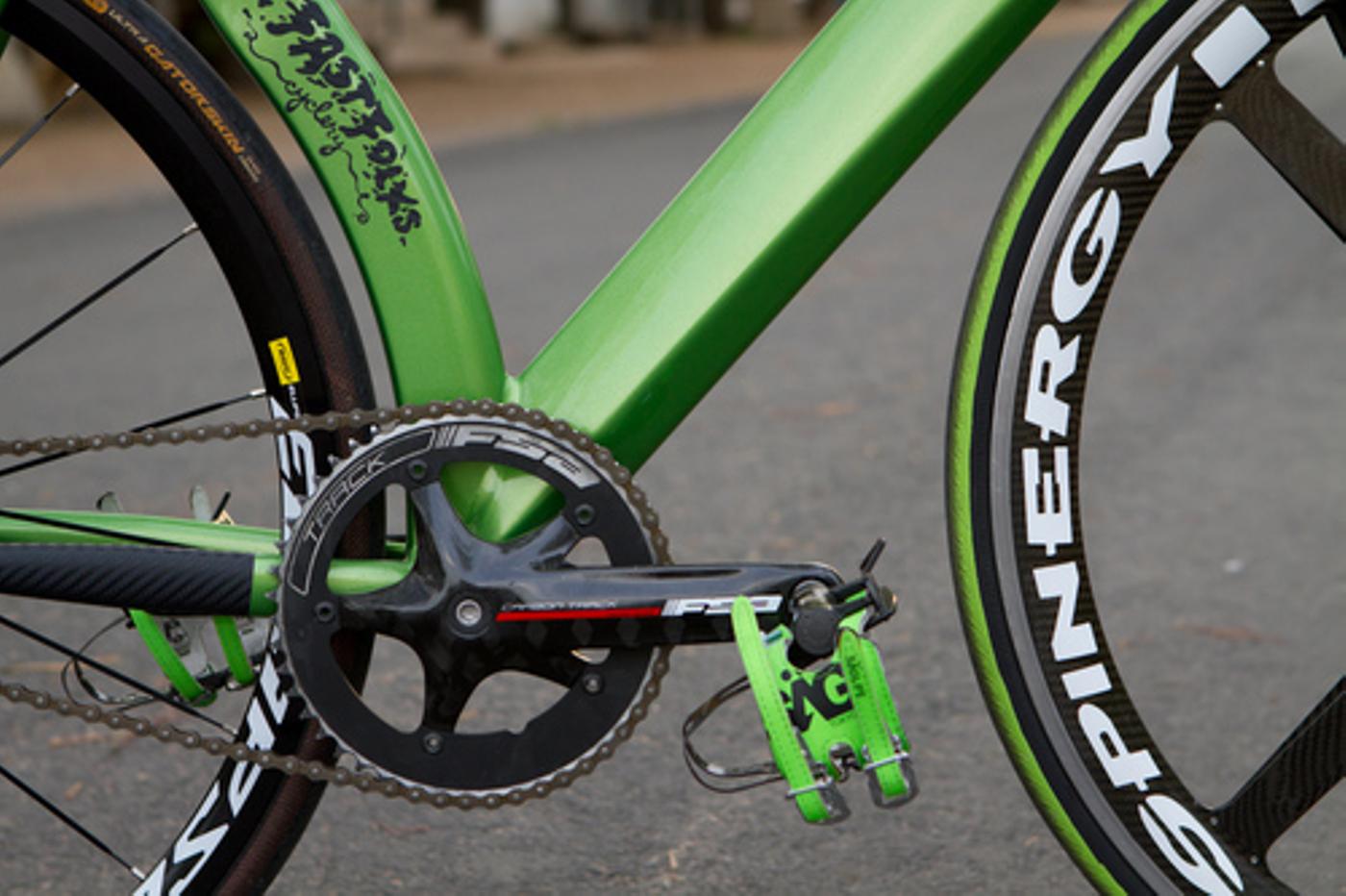 This looks like something out of a sci-fi movie. Straight as a nail chainline! One of those Spinergy Rev-X wheels are on the front. Every time I see one of these in real life, I cringe! Hopefully this one doesn’t explode like they’re known to do. 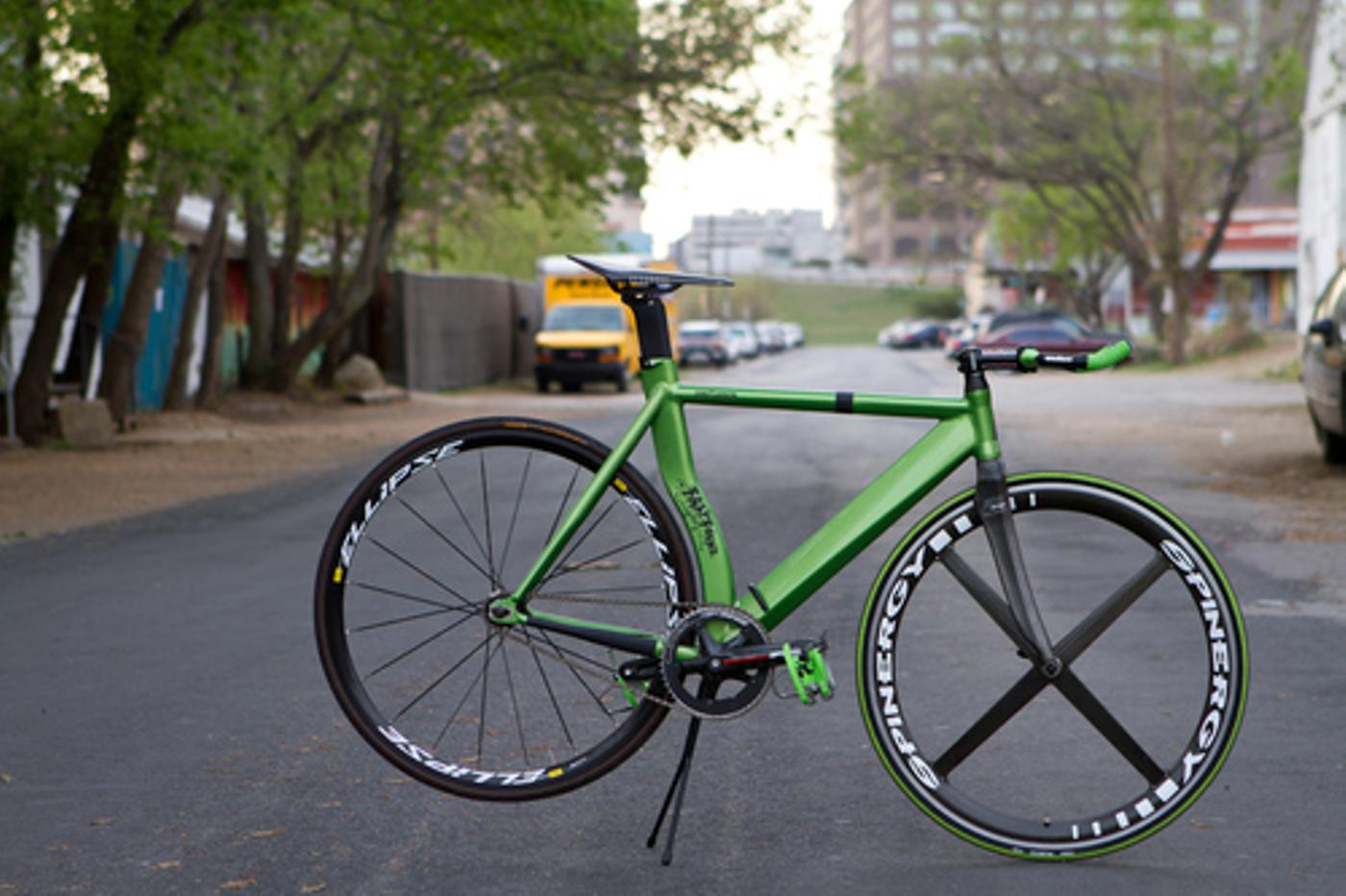 That build is a neck-breaker for sure. Just like a custom Honda or street hot rod and while it may not be my cup of tea, it’s one nice looking bike! Thanks to John and Alex for coming down to let me photograph their bikes.