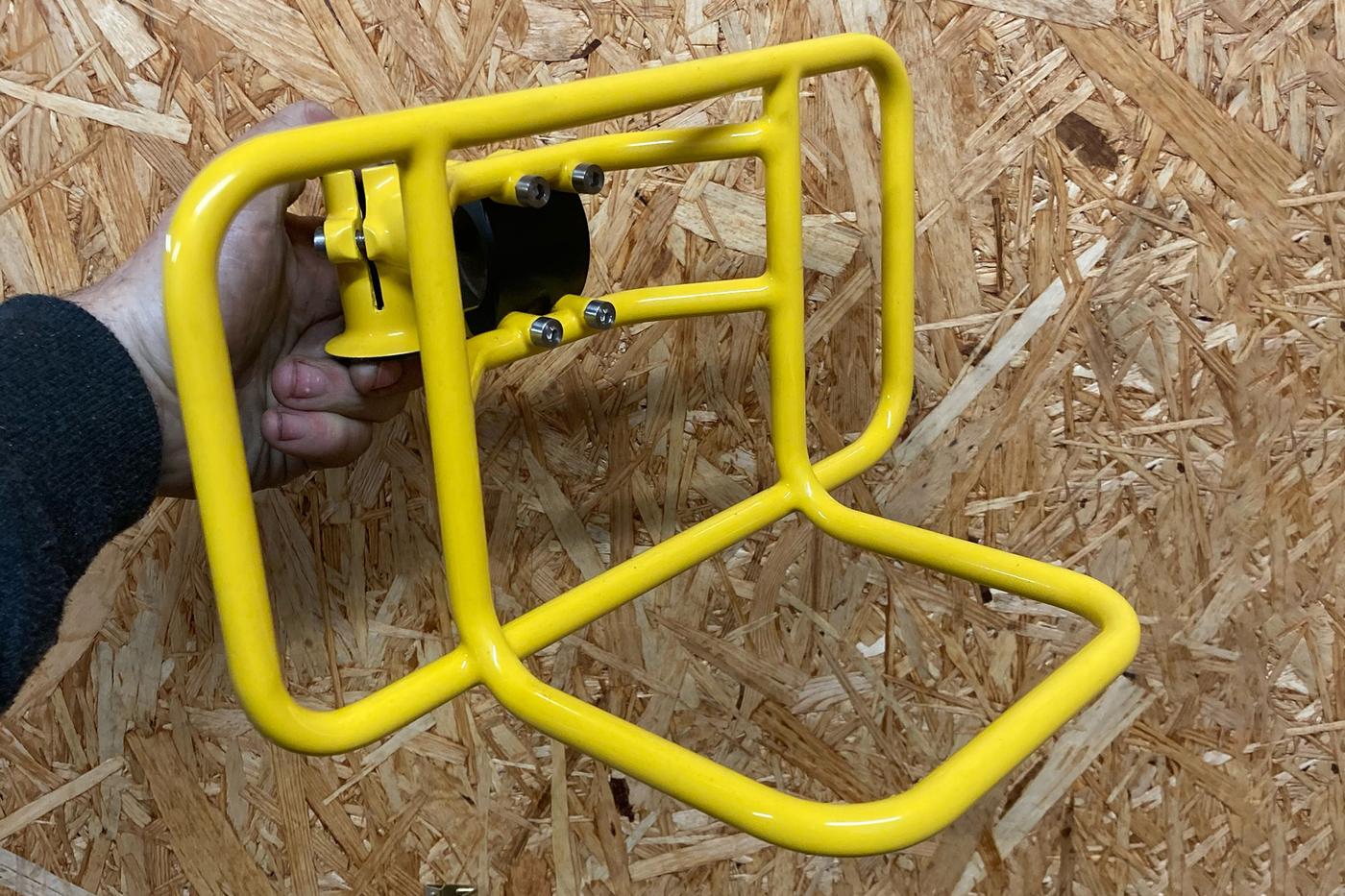 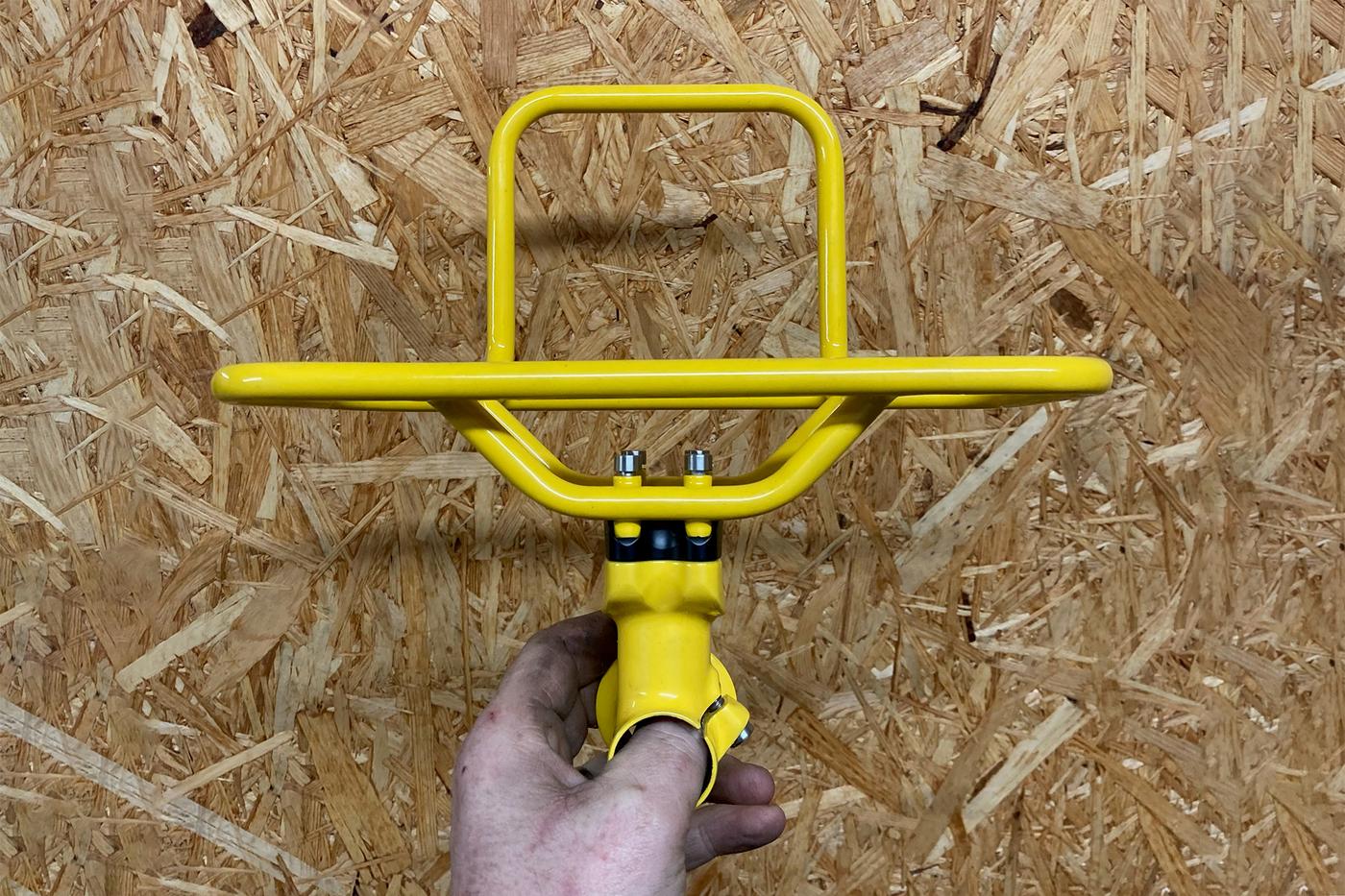 “So basically, the stem rack isn’t a new idea but this is our interpretation of it. A customer in the US commissioned the stem for his Tomii canvas because he wanted the integrated Chris King headset cover (a known feature of our bikes for at least 6 years) whilst in conversation, he said that he wanted a way to secure his bar bag to allow the use of the tops of his handlebars. We mentioned this style of rack-mounted from the bar clamp bolts of the stem, he said let’s do it, so here it is. It’s all 4130 Chromoly with fillet-brazed construction, it’s also deliberately the correct size tubing to work with Voile rack straps. It piggybacks from the paragon stem clamp fasteners. The customer is having a custom bag made to suit the rack but there is clearly scope for him to carry a lot more on this thing. 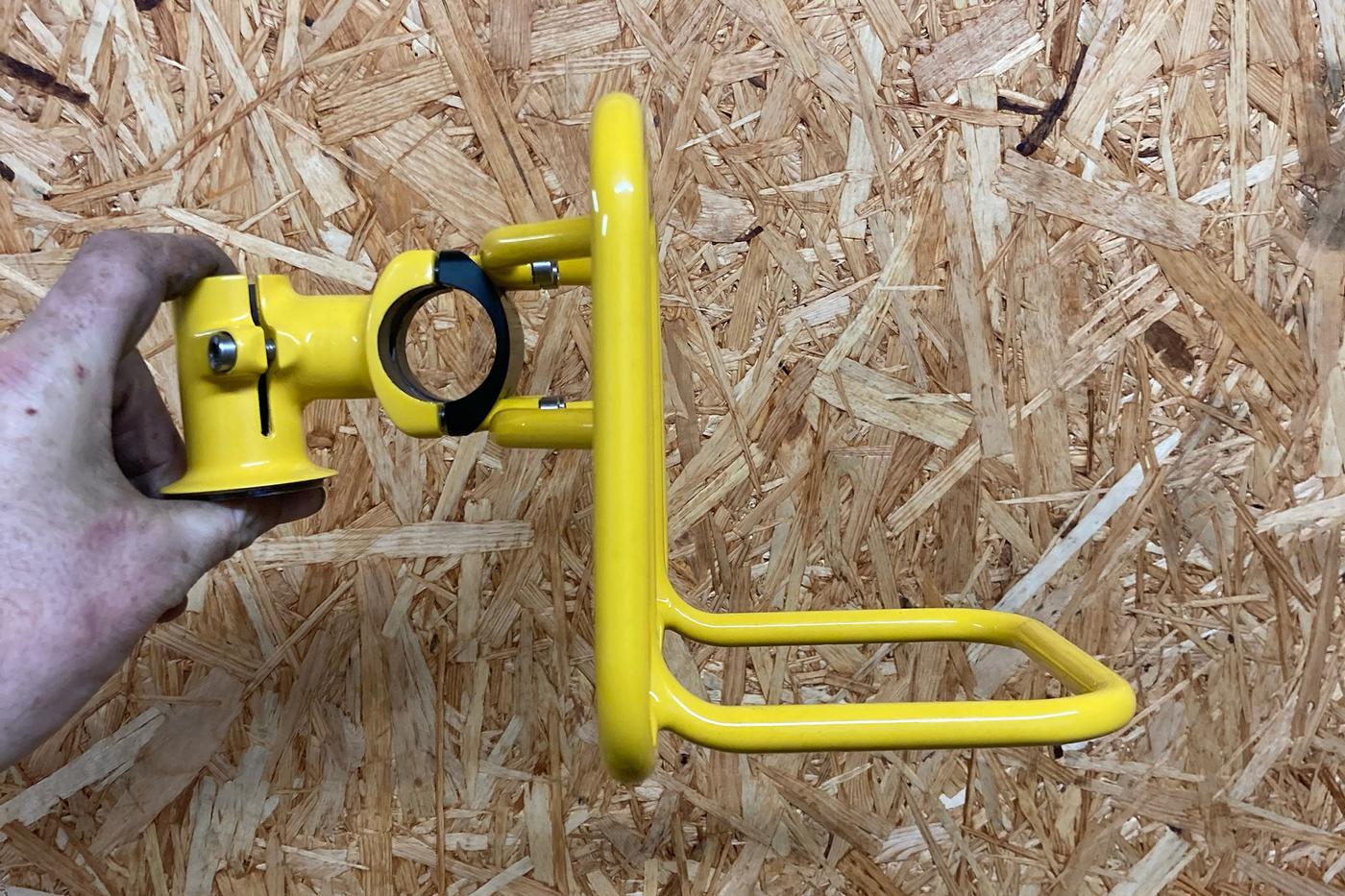 We have had plenty of enquiries about this so plans are afoot to make a universal version of this setup which should work with most 4 bolt stems.” 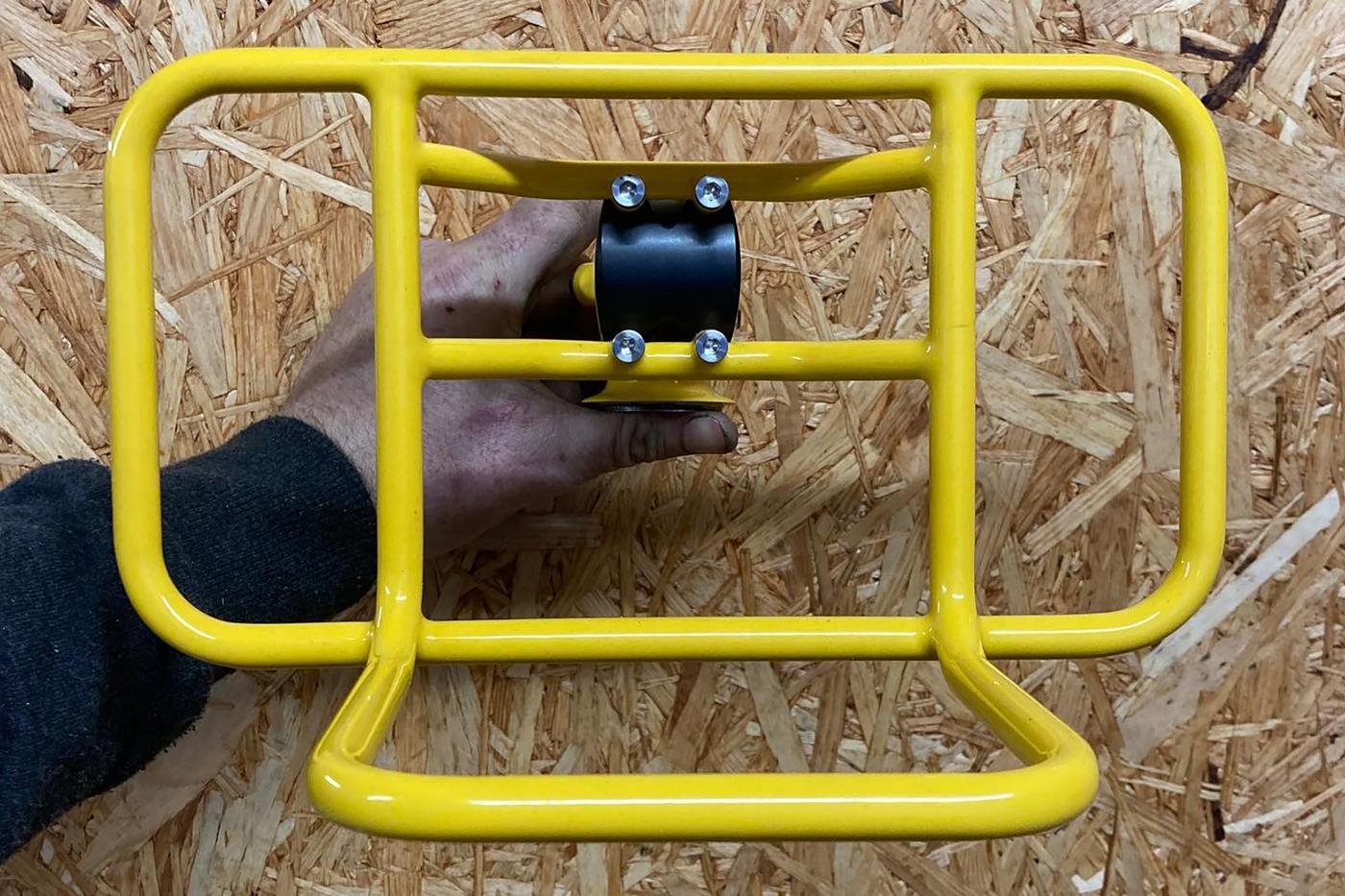 While this is a one-off project, with no plans for production, you can keep your eyes peeled on August Bicycles’ Instagram for other badassery.