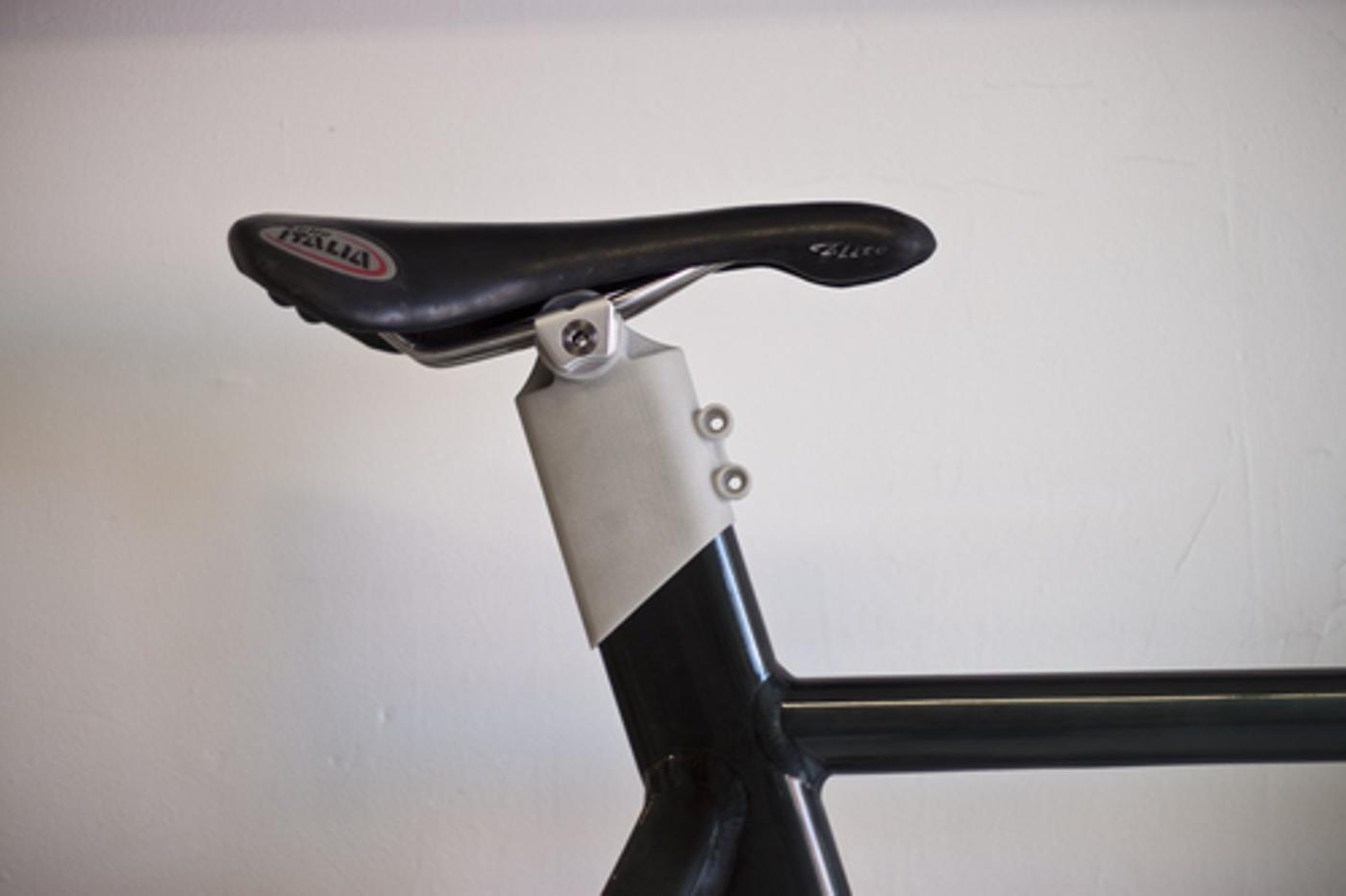 While I was in Affinity ( @affinitycycles ) yesterday, Jason showed me the newest prototype seatmast clamp for their forthcoming Kissena frameset. Because the bike has a seat tube that is cut-to-fit, he’s been looking for clever ways to address the possibility of multiple people riding the same frameset at some point in time. Here’s one option that he’s developed.

Check out some more photos and further explanations below. 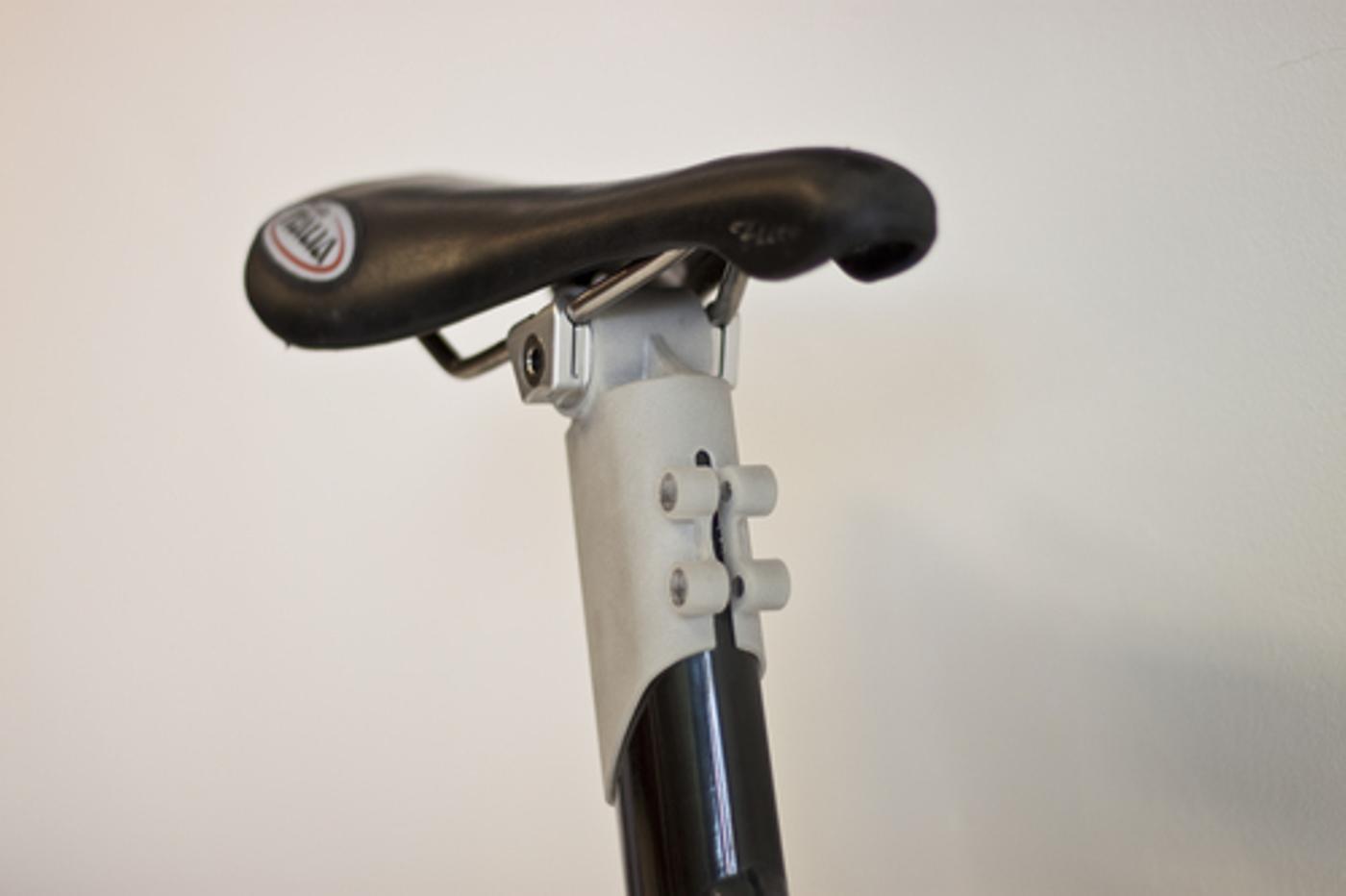 Since it’s a prototype, he’ll be making some minor tweaks to the design. Keep in mind, this is a plastic version; the final will be made out of aluminum. 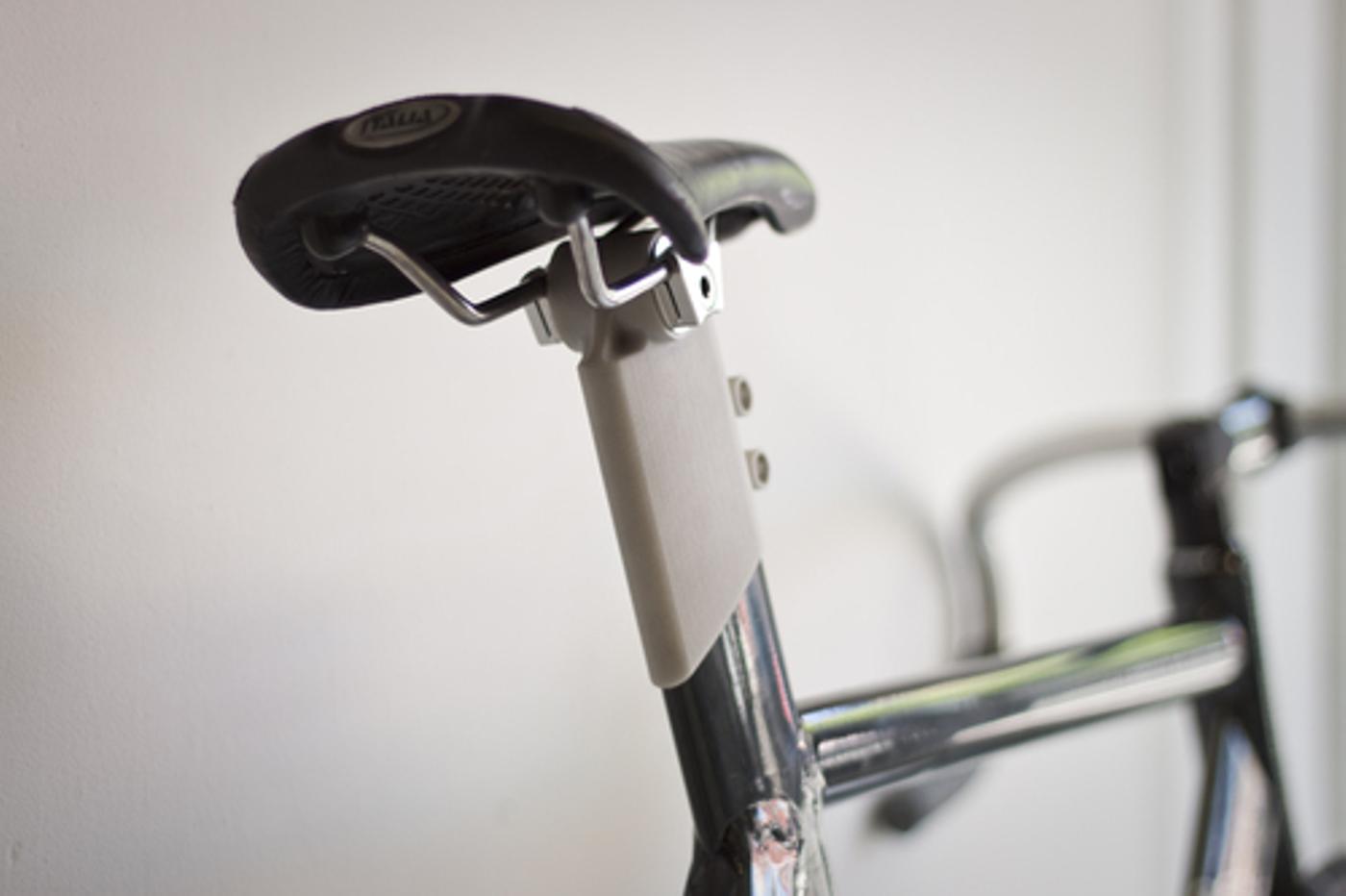 Overall, I think it works pretty well. I recommended an interior, expanding quill-inspired design. What do you think?