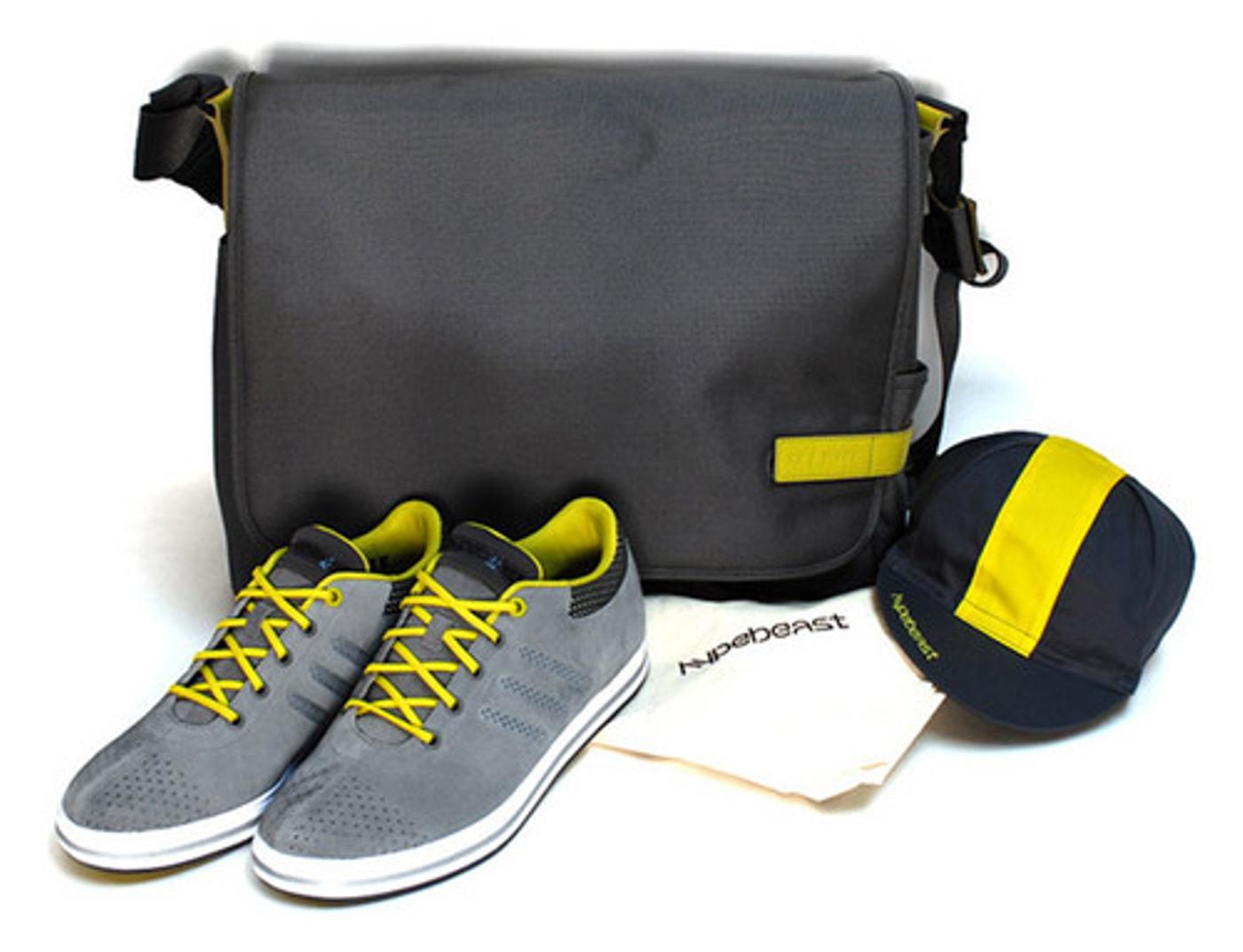 In 4 hours, the collaborative effort between Adidas and Hypebeast will be released to the Hypebeast online store. Only 100 pairs were made: 50 went to friends and family and the other 50 are to be sold online. I was lucky enough to have Hypebeast send me a pair and have been riding in them for a bit now. What I can say about the shoe is that they fit better than most Adidas shoes I’ve tried on recently.

In my recent quest for a stiffer outsole / insole, I’ve tried on a ton of sneakers. Most of the Adidas that I tried on were super wide at the heel and ankle, while being too narrow at the toebox. These actually fit consistently. They fit into toeclips rather easily and have reflective accents all over. The laces tuck inside a flap on the tongue to avoid being snagged by your drivetrain. Some improvements I’ve suggested to Adidas is to stiffen the sole. As of now, it’s a pretty grippy surface that holds well on platforms and track pedals, it just needs to be a bit stiffer to make longer rides comfortable.

Even though Hypebeast and Solebox have said they aren’t cyclists, these shoes are a good first attempt at branding an Adidas shoe into the fixed gear market.