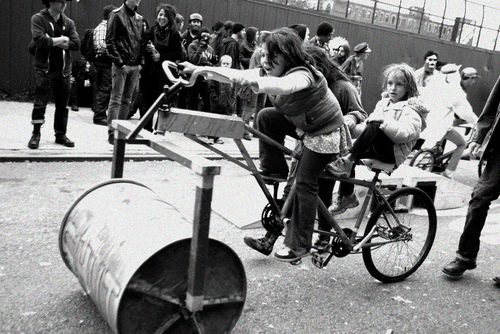 I was in Philly during Bike Kill this year. After the media caught wind of the event back in 2008, the guys at Black Label decided to take it back underground for 2010. Adam was there to catch the mayhem and after breaking his heel, he was kind enough to upload his photos to his Flickr. Head on over and check the rest out!