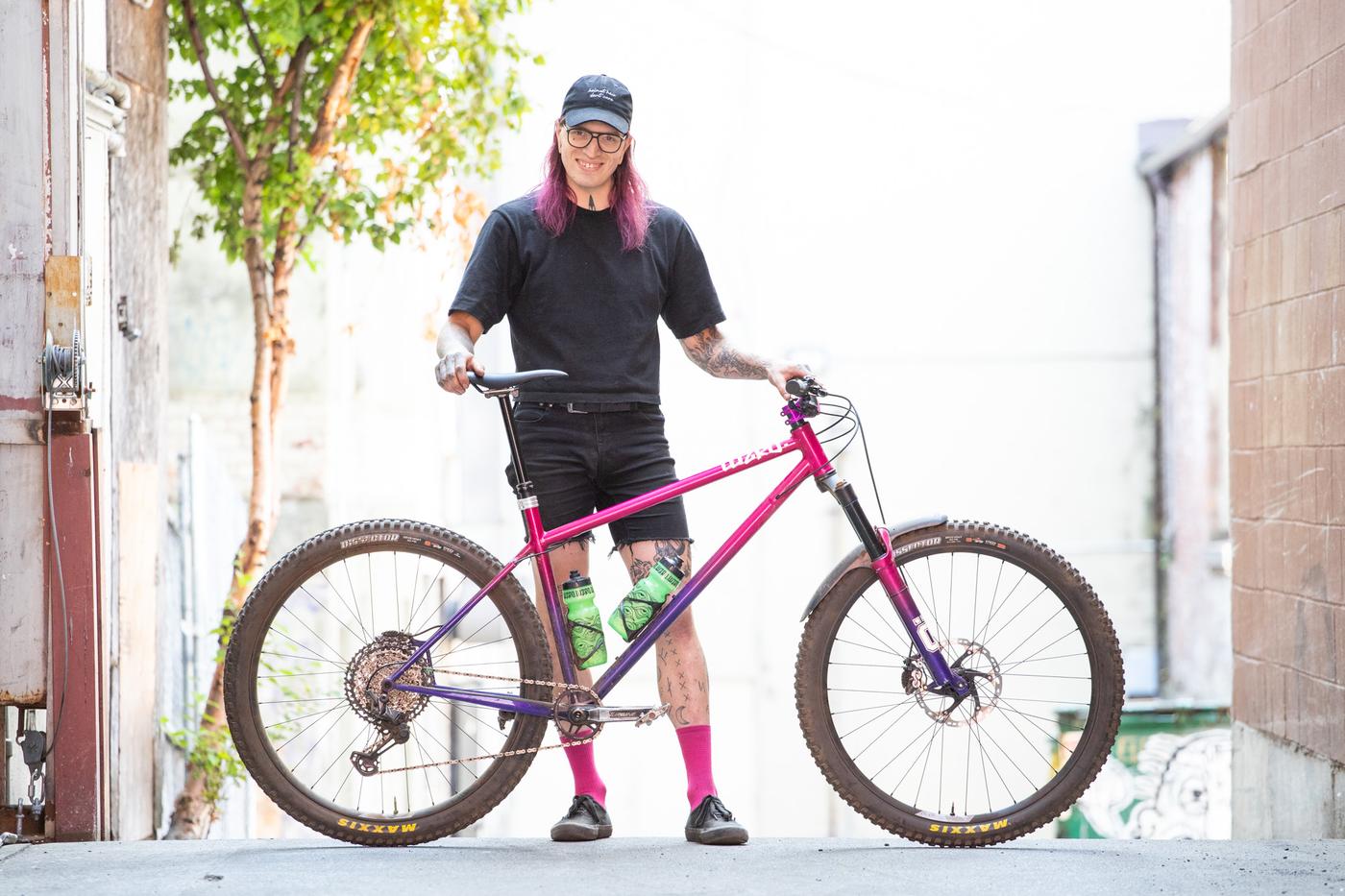 Hello, it’s me. Em. Since I’m lucky enough to have multiple personal mountain bikes built up, I wasn’t concerned with making any of these frames “do all” kinds of bikes. Because of this I was able to push the geo and builds on these bikes into their respective and opposite extremes: a big bike for rock rolling, an XC bike for pushing too hard for too long, and a park bike for being a washed up bmxer – specific bikes for specific needs. 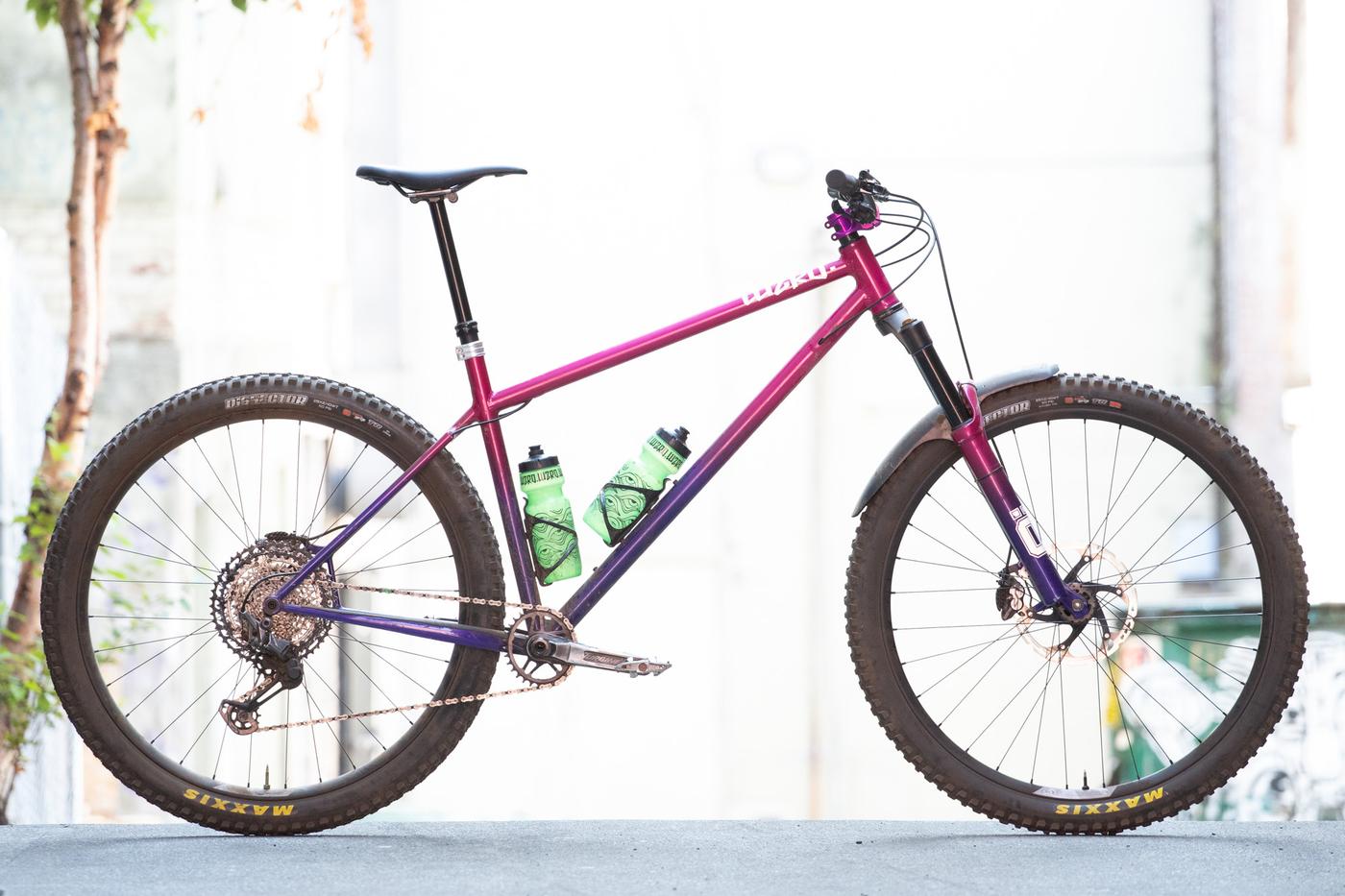 This frame is number 11 for me, and was my second attempt at a hyper progressive “winch and plunge” frame. The first one suffered from too low a stack height along with some fabrication issues and when the odo rolled the 1400 km mark it developed a crack around the seat stay wishbone – repairable, but I was ready for a fresh frame. 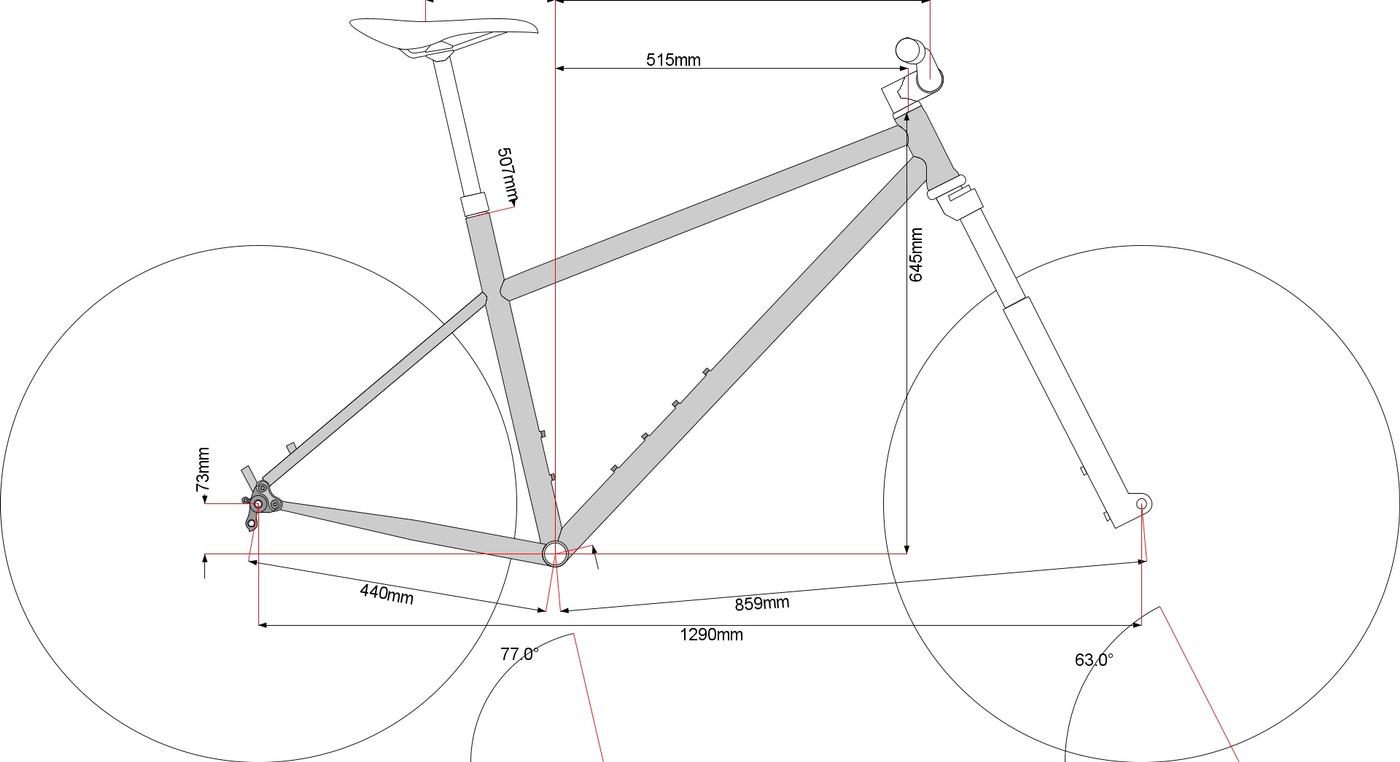 WZRD.™ rock roll specific geo
*All below numbers are unsagged with a 120mm fork

On hardtails short travel forks rule – it keeps the geo more stable as the bike “pivots” at the rear axle throughout the travel. It also means on larger frames like mine, I can keep the front center (somewhat) in check while pushing the headtube angle into the low 60s. I am by no means the first builder to build aggressive bikes with short travel forks – BTR comes to mind as someone who’s been on this for a while. On my bike an Ohlins coil fork sits at 120 mm and keeps the wheel planted on Vancouver Island’s rock rolls and never ending jank. 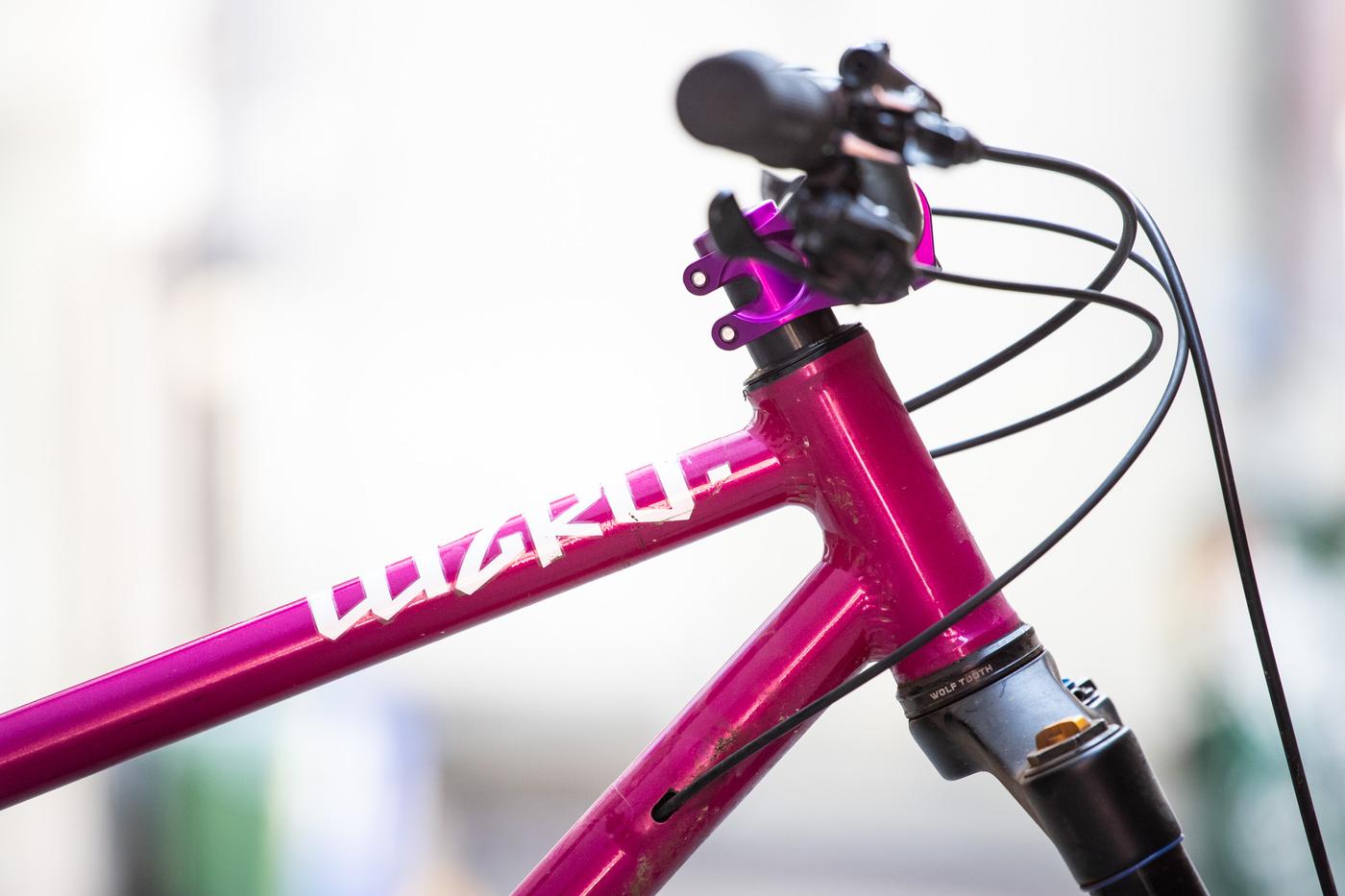 Chainstays – lots of people make them short, I make them long. Longer chainstays are more stable at speed, make climbing walls a breeze, and keep the wheel planted in corners. When paired with a taller front end you can overcome any hopping or manualing issues people associate long chainstays with. I’ve built with chainstay lengths between 430 and 455, with 440 being the go-to for most. My bike is built with 440, and if I were to build myself another I would stretch it out another 5 or 10mm. 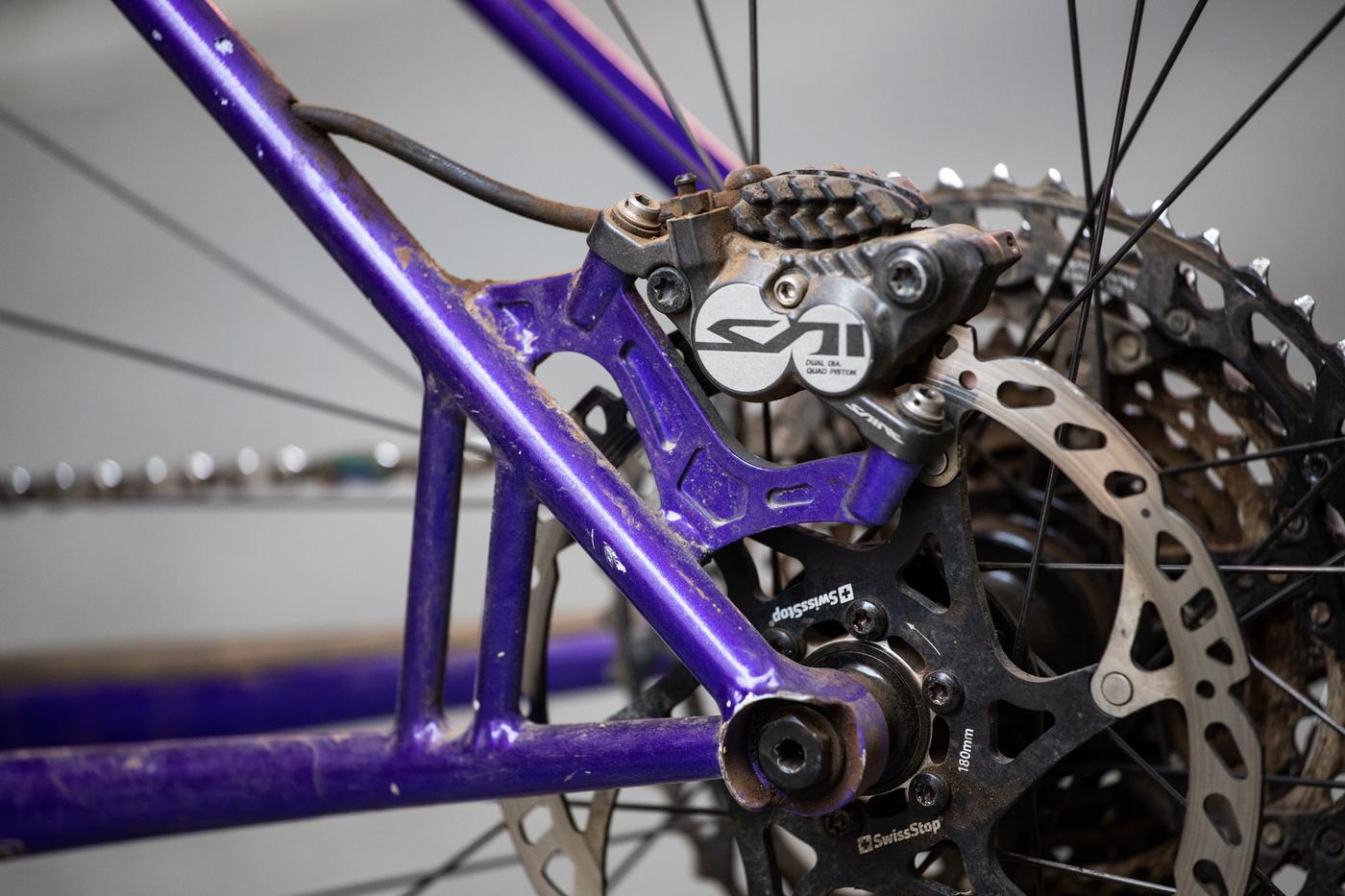 Front end and seated geo – this is where this bike, and all WZRD.’s get a bit wild. I really like to push the reach number and front center numbers out as far as possible for the rider’s intended use. I am 5’11” and all limbs – 800mm saddle height for reference. Since this bike was for rock rolls and going down as fast as my ankles would allow, I opted for a 63º hta on a 515mm reach, making for a front center of 860mm. I’ve been toying with the idea of throwing an angle set in to see how much further I can push it. The seat tube is sitting at a very erect 77 degrees – the climbing on the south Island is miserably steep and this is the only bike where I havent had to exclusively sit on the nose of the saddle while climbing. I started running 35mm rise bars on my bike to try and keep the shifter from hitting the top tube when crashing, and it also turns out high front ends feel really good with long chainstays and steep seat tubes. Win-win. Lower – when I say lower, I mean LOWER. Nothing can beat the feeling of a low bb in a corner: the traction, the confidence, the speed. It’s truly something magical. My frame’s BB drop is 70mm, with a bb height 300ish depending on tires. Do I drag crank arms and pedals while climbing jank? Hell yeah. Is it worth it? Hell yeah.

(Okay, folks with angle finders and calipers for eyes. You caught me, the bike was photographed with the fork at 140mm. It was just an experimental phase, I swear. In the photos the HTA is a hair slacker then 62, the STA is 76.something and the bb drop is somewhere around 65.) 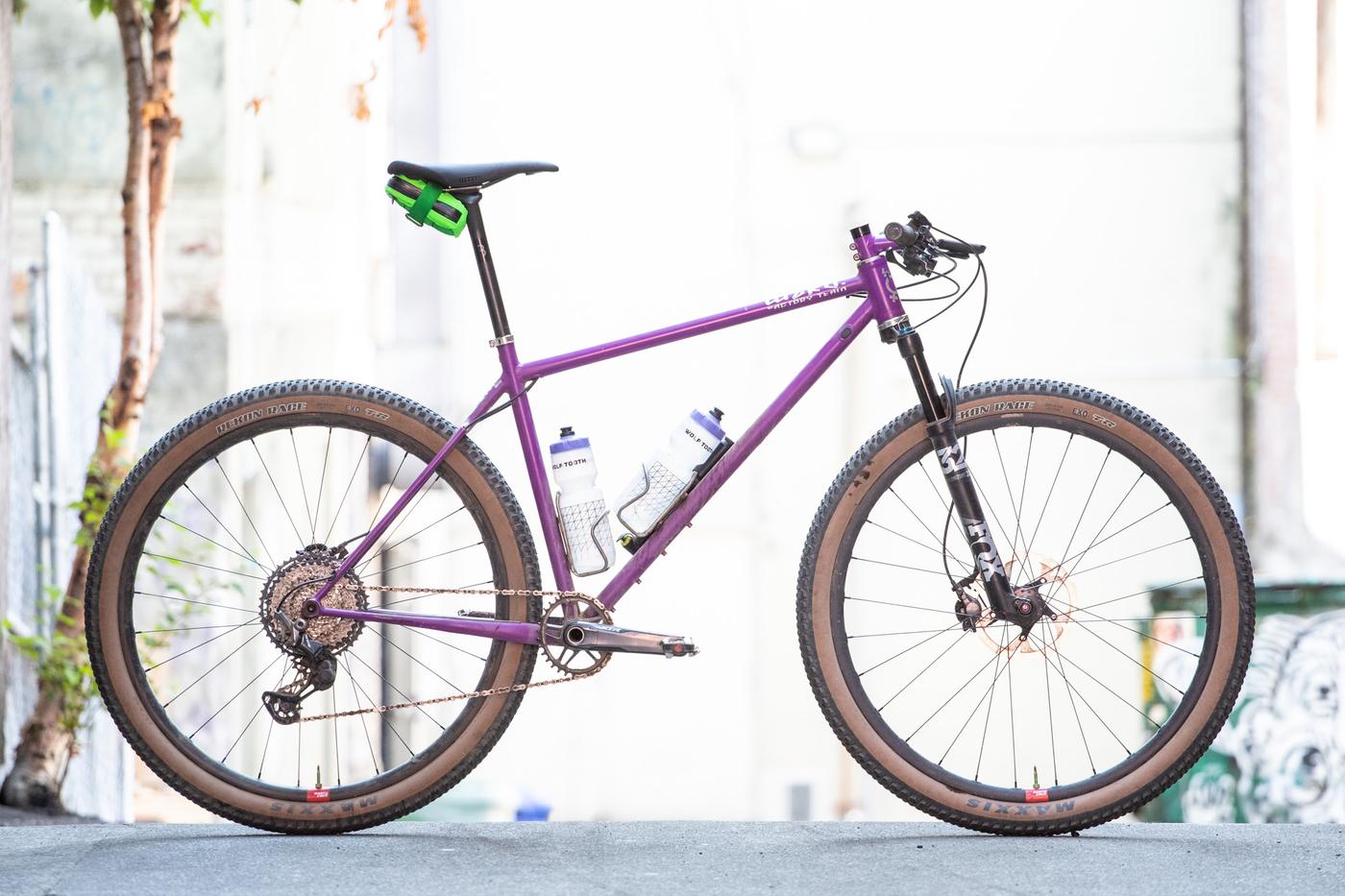 The goal for this frame was for it to feel as fast and light as possible. We all know dual suspension and droppers and all things modern are the fastest, but I wanted this one to feel fast, even if it is the shake-your-fillings-out kind of fast. 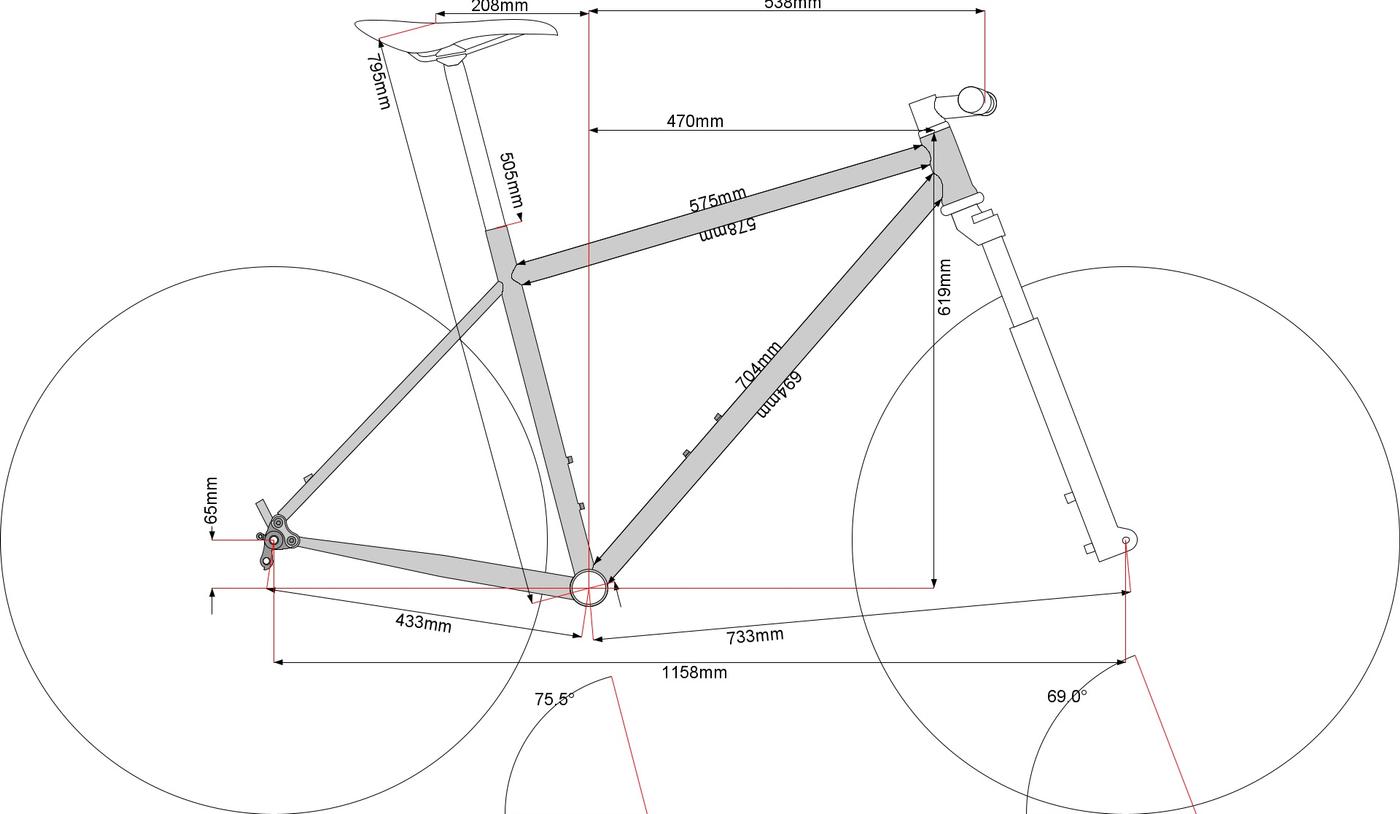 With a comparatively shorter wheelbase, and an objectively steep head tube angle (69, nice) this bike definitely feels fast on gravel and xc trails. The seat tube angle is an all-day pedaling comfort oriented 75º, paired with a 65mm bb drop and a set of 435 chainstays. The reach is long for XC at 475, linked up to a 75mm x -15 degree stem. With the 100mm fork unsagged, the front center sits at a squirrelly 733. Truthfully I wouldn’t change a thing on this frame’s geo. It’s become my go to bike for after work rides, commuting and all day sends. 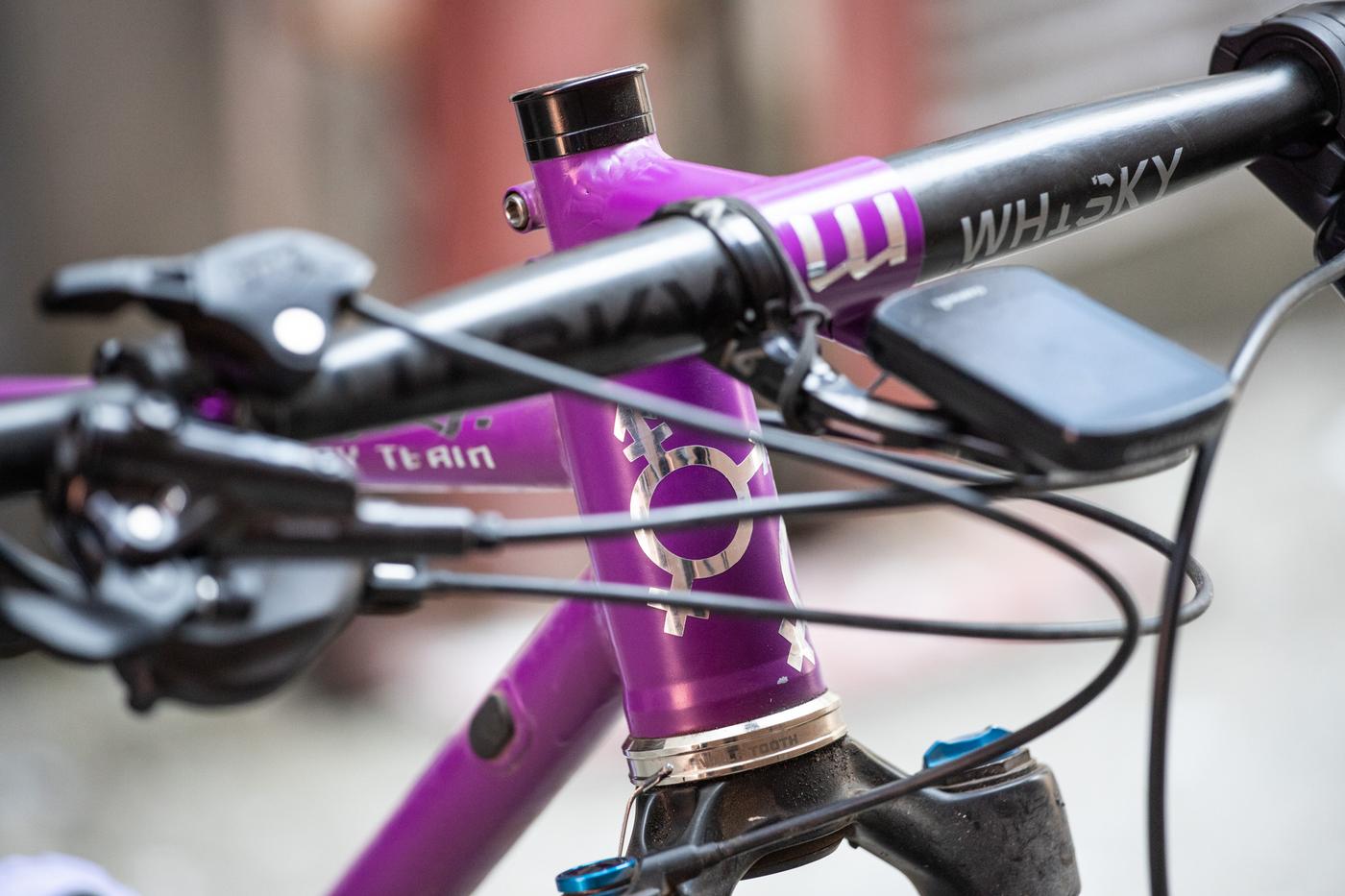 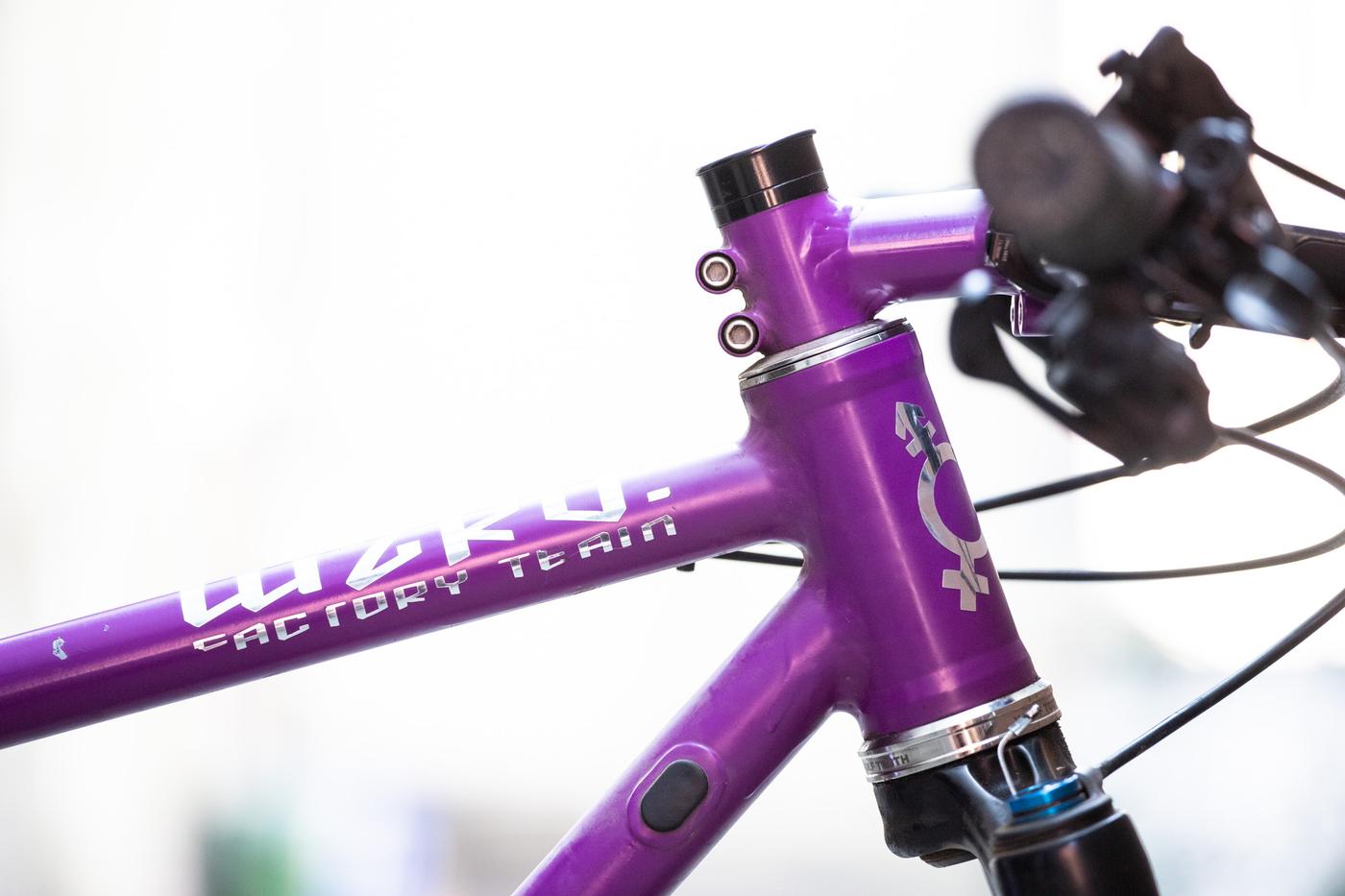 No dropper is a contentious decision on any off road bike these days, but I have been really loving it. It keeps the overall build weight down, and adds some spice to the trails I’d normally skip over. The rideable weight (pedals, cages, mounts) of this bike comes in at 26.75 lbs, even with cushcore xc’s in both tires, an entry level fork and a steel stem. This bike also serves as my bike packing bike, with a couple Farsik bags, and a prototype drybag holding front rack (photographed in Morgan’s shop visit) that works with both my suspension and rigid fork. 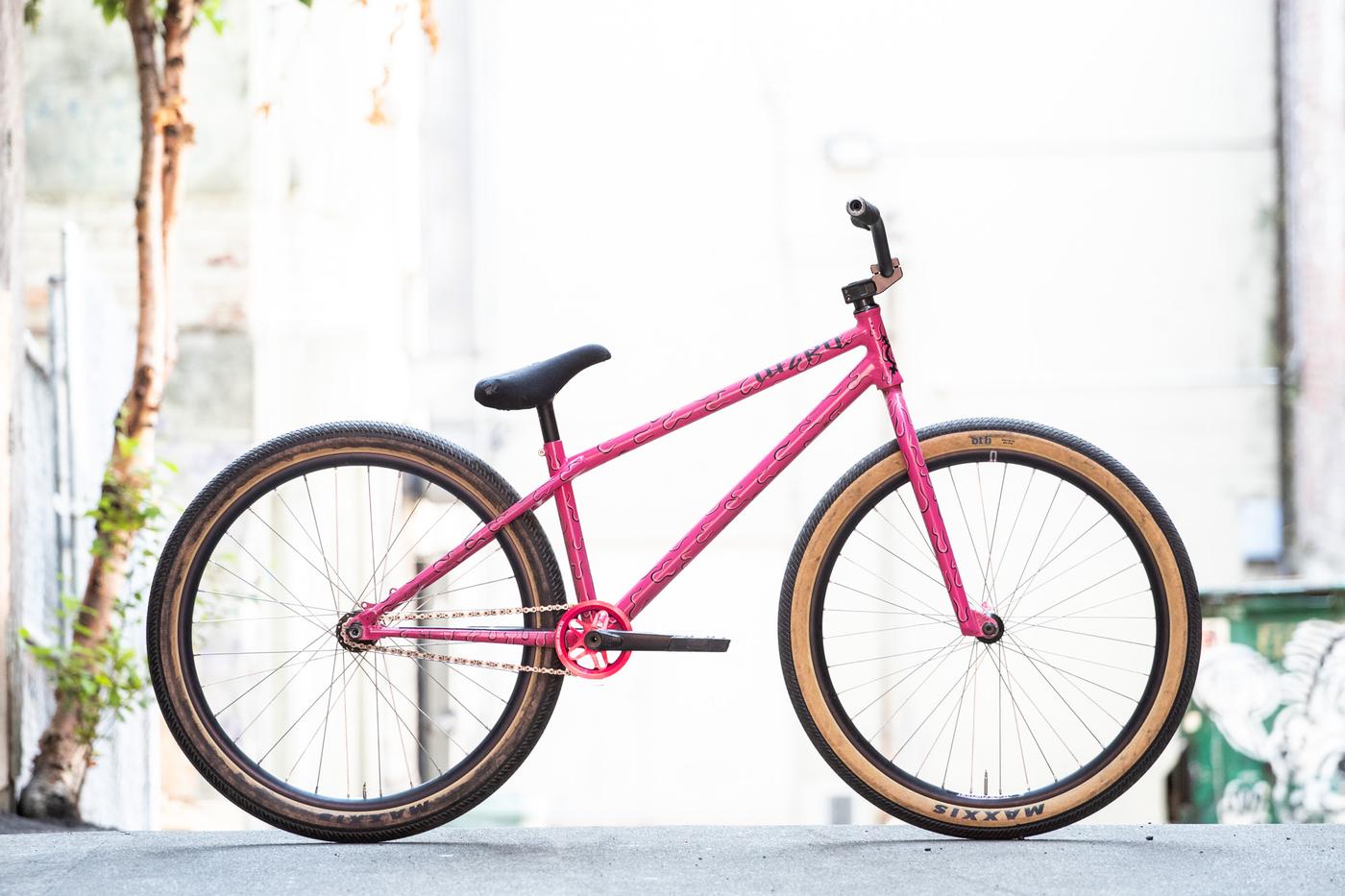 This bike is weird.

BMX was all I did and all I thought about for around 10 years, heck if it wasn’t for the friends I made on a Nexopia BMX forum in high school I probably wouldn’t have moved to the Island. The name WZRD. originated from curbwizard, which was a Vancouver Island / Lower Mainland BMX blog that I ran for a year or two. 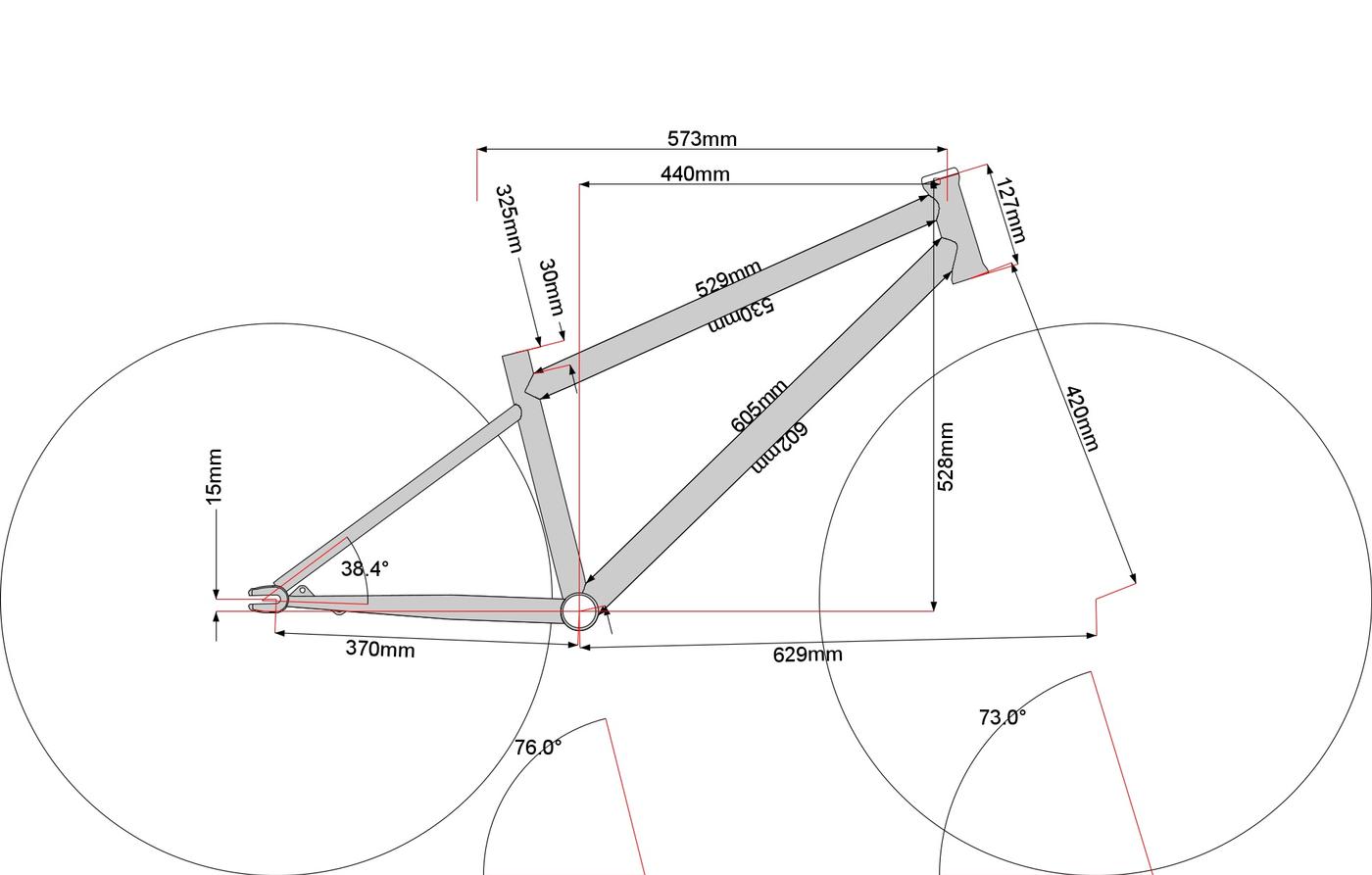 Once I started riding mainly mountain bikes I had a hard time switching from 29” wheels down to 20’s. I wanted to build a 26” bike that felt less like a dirt jumper, and more like a BMX. I wanted this bike to spin and manual like a bmx, which meant a tall BB, tall front end and the shortest possible wheelbase was needed. With a 440mm reach and a 73 degree headtube angle, I can almost hit my foot with the tire when doing x-ups or attempting to relearn bar spins. The chainstays on this bike are dumb short at 370mm – the steep seat tube angle and minimal bb drop of 15mm allowed me to tuck the rear tire in as far as possible. Being built with a non-suspension corrected fork and a straight steerer means this bike will always be ridden rigid. 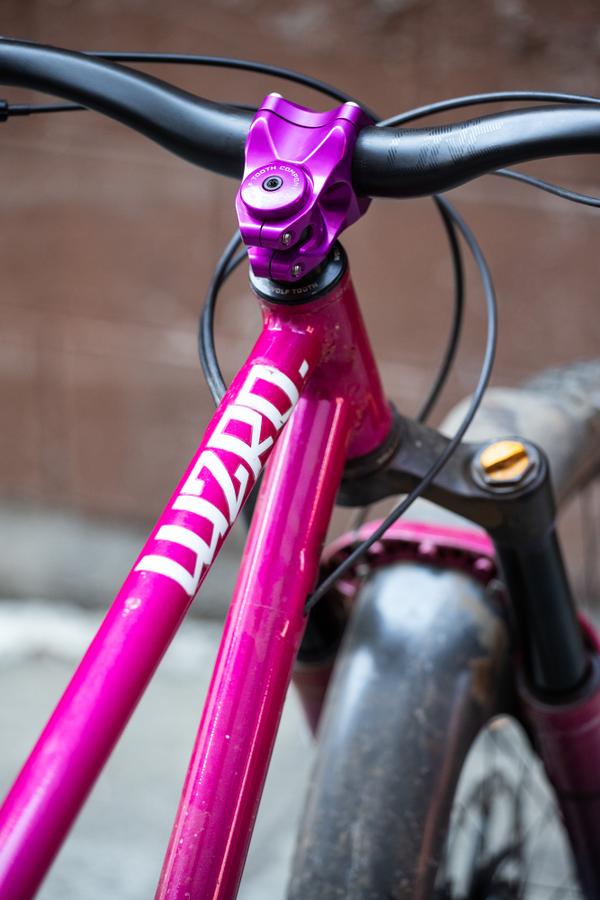 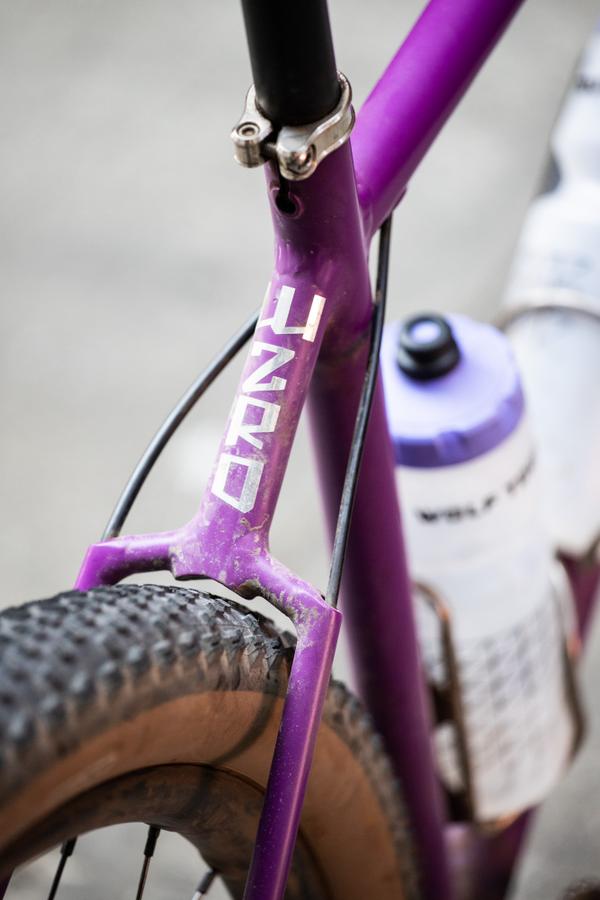 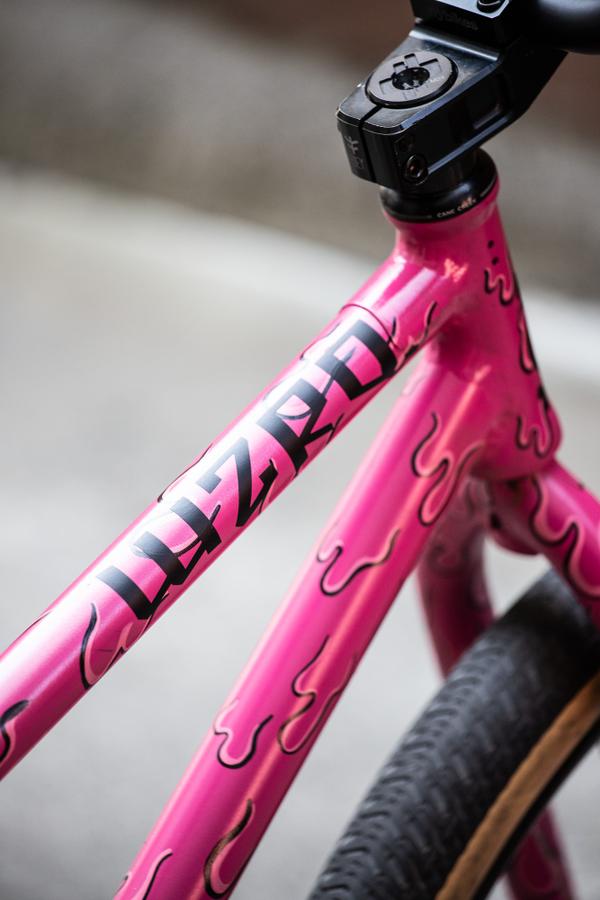 The feeling of riding a frame for the first time that I built with my own hands is unforgettable, even after the handful of frames I’ve built myself over the past two years. I doubt that feeling will change for the coming years, every new frame and geo tweak is exciting! I hope that my friends and customers feel something similar the first time they ride a frame or part that I built for them.

As I continue to tinker away in my dungeon, keep an eye out for the beginnings of my next quest with WZRD. – it’s already been in the works for a while now, but I’ll be dragging it out of Fusion and Linkage over the winter and spring.