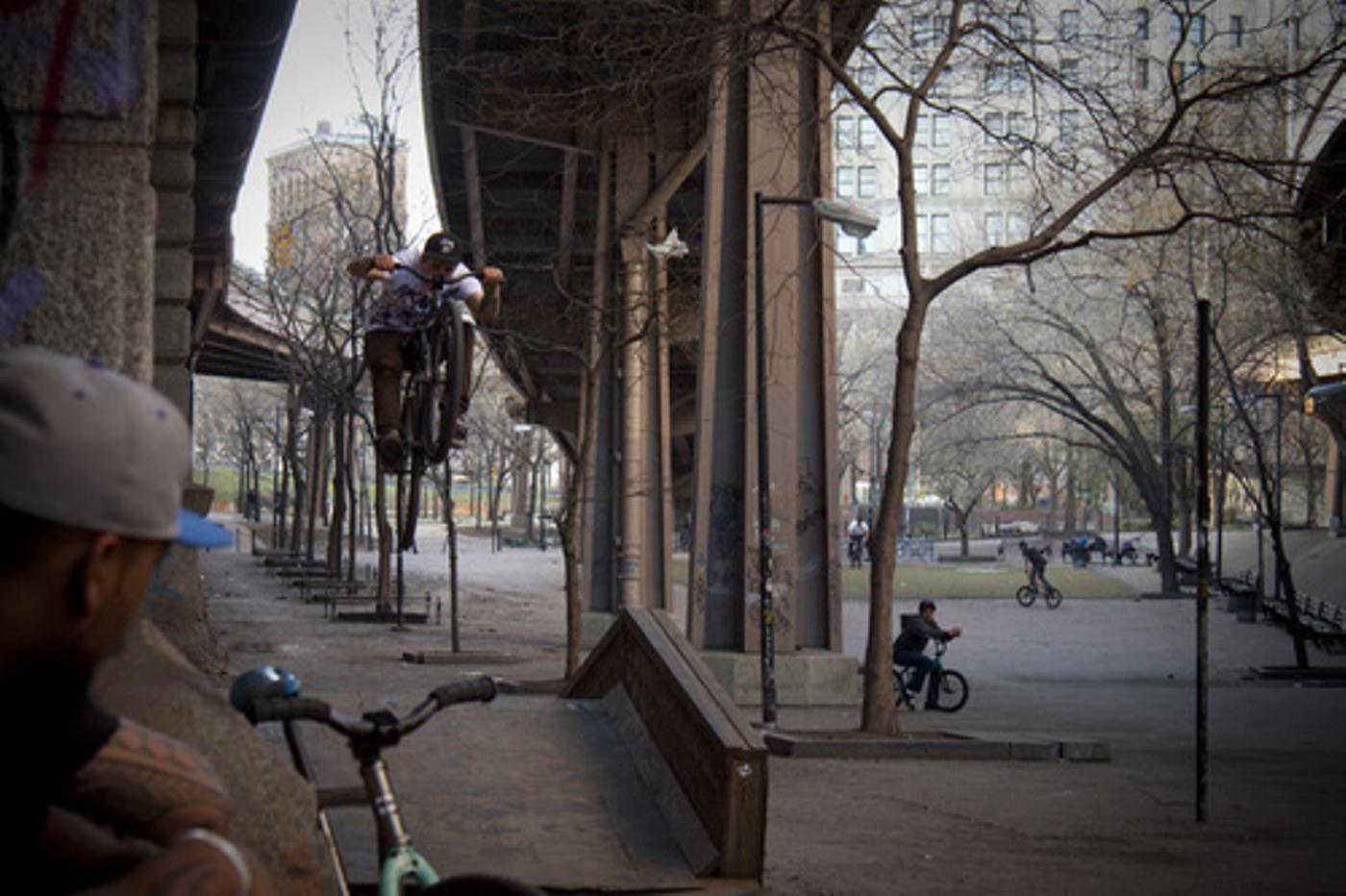 I met up with Christian and Ferrer Sanders randomly today while I was at Affinity overhauling my bike. Ferrer is visiting from SF and Christian just moved here, so I took them around to a local places. We rode around at the Peel spot for a little bit, then went and got tacos. We randomly bumped into Marty from Geekhouse at the bottom of the bridge before heading to the Brooklyn Banks.

After we’d been there for a little bit, Wonka, Torey and Mike showed up. They were filming for the new Grime edit and as I was leaving, I took my camera out and tried shooting a few photos. The Banks is one of the hardest places to photograph. They’re mostly in the shade with bright sunlight peering through the bridge. Luckily, the sun peeked out just as I snapped this photo. I thought it turned out pretty damn good. There’s another one on my Flickr where he’s tucked back a bit more, so check that one out too.