Back in June of 2021, I found myself way up north in Duluth, Minnesota. I was there with my teammate Kait Boyle for a Backcountry Bike Challenge fundraising event for the local advocacy organization, Cyclists of Gitchee Gumee Shores (COGGS) and to ride the Duluth Traverse. COGGS had been working on the 45-mile-long Duluth Traverse for years, building and linking together trails on the highlands above town, and we wanted to experience what they had created. But this was also a trip back to where I spent quite a bit of time as a kid that grew up just a couple hours to the south near Minneapolis, albeit in a decade when there were far, far fewer trails in the area. I’ll save the story of just how impressive the Duluth Traverse is for another time since you’re probably here to read about Wildflower Bicycles’ beautiful bikes rather than beautiful trails. But first, let me share why I was especially excited to visit the shop of a new-to-the-Midwest frame builder and the only one in the Duluth-Superior area. 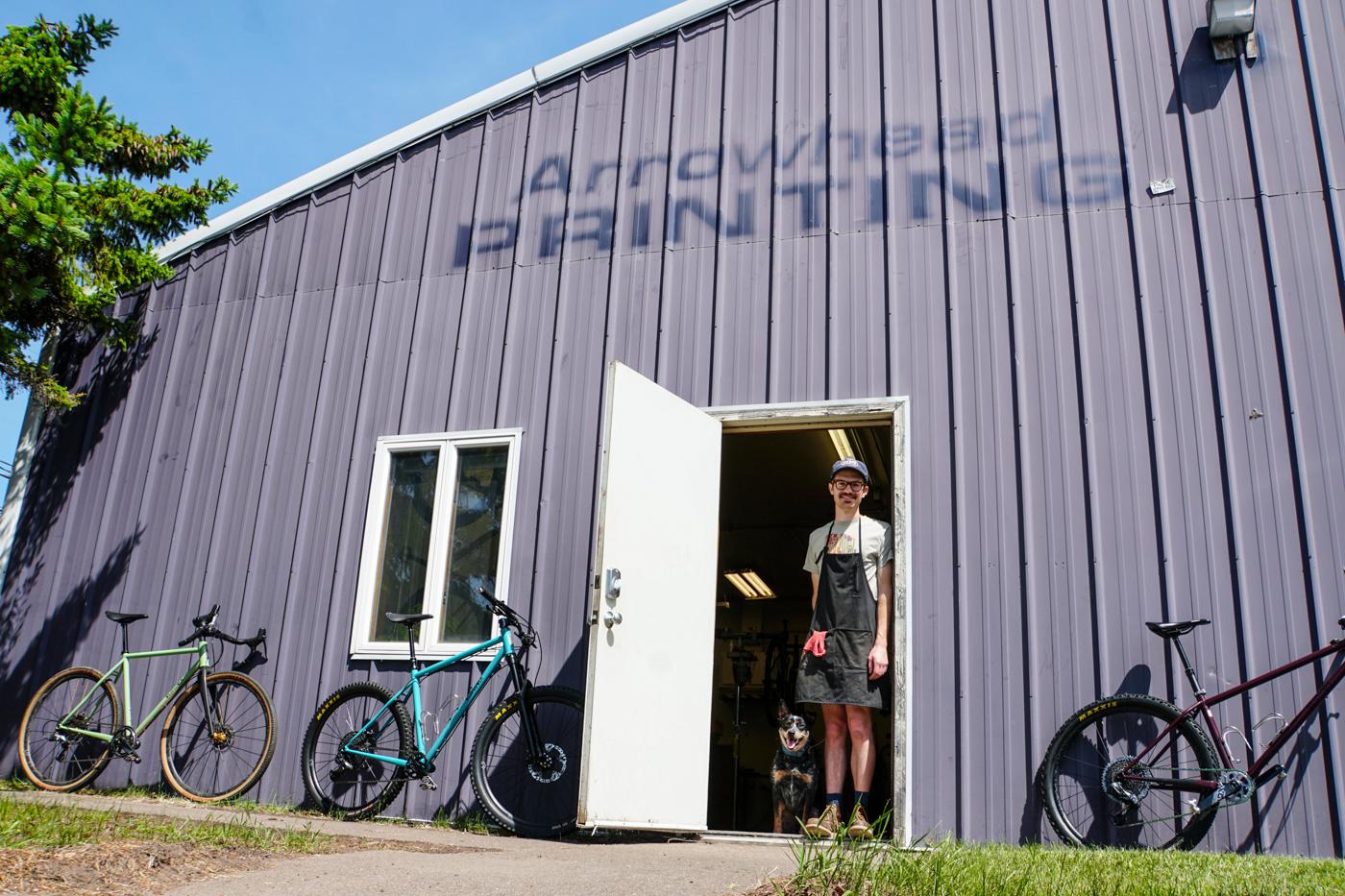 In the late ‘90s, I was a high school kid in love with bikes. I worked at Blaine Velo Sports and was incredibly fortunate to be mentored by Jeff Beaty, the shop’s head mechanic and a frame builder for Croll. Over the course of a few years, it felt like Jeff labored to share with me everything he knew and loved about bikes, and that most certainly included what made hand-built bikes so dang special. I longed for a gorgeous Croll steel hardtail or one of Jeff’s own custom Sputnik Cycles frames. As a high schooler, those were simply beyond my meager means, but ever since then, I’ve had a soft spot for Midwest-born frames. And there’s no shortage of operations in the region – Ellis Cycles, Sotherland Bicycles, Doug Fattic Cycles, Peacock Groove, Bob Brown Cycles, Prairie Crow Bike Works, Appleman Bicycles, Patton Frames, Northern Frameworks, Dominguez Cycles, Chris Kvale Cycles, Schlick Cycles, Jeffrey Bock Cycles, Wiseman Frame Works, and there’s even a handbuilt bicycle course at the University of Iowa taught by Steve McGuire (that list is also far from comprehensive!). 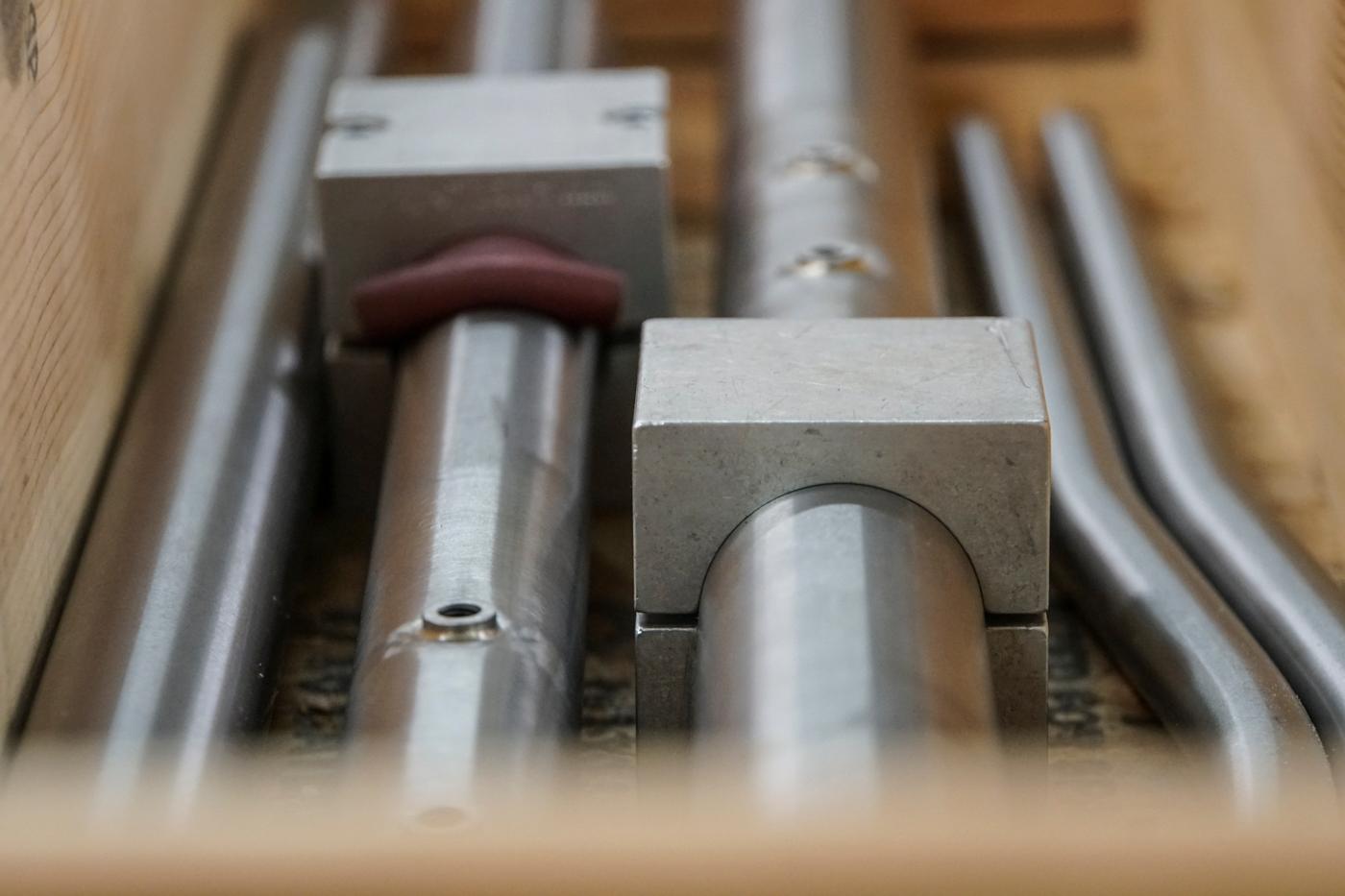 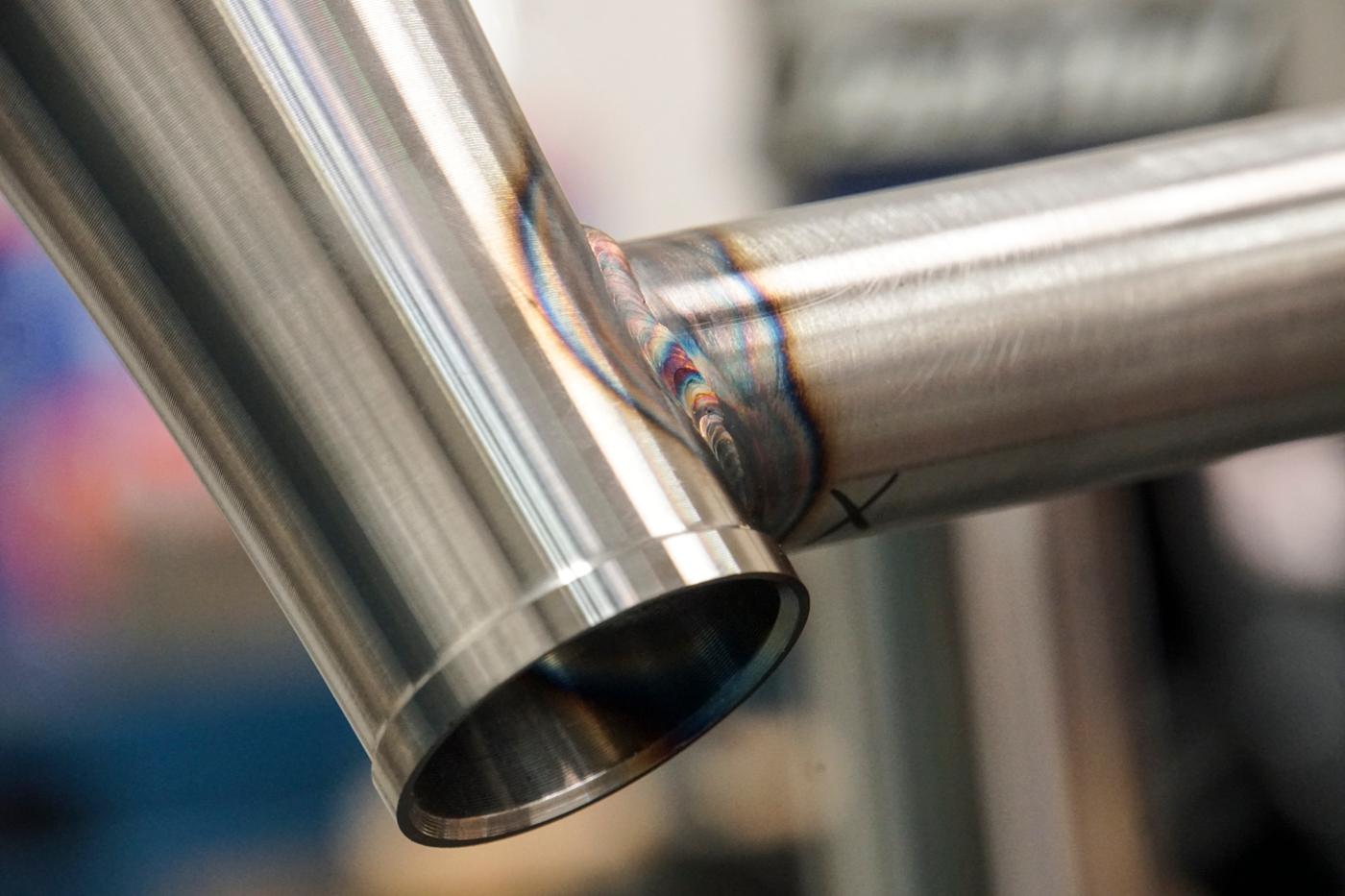 Back in Duluth this past summer, Kait wanted to catch up with a friend of hers who had recently moved from Teton Valley, Idaho to the shores of Lake Superior. This friend was Wes Vann, who brought with him to the Midwest in a small moving truck his frame building operation – Wildflower Bicycles. We met up with Wes at his new shop space across the St. Louis River and past all the towering iron ore loading docks in Superior, Wisconsin, just a few blocks from the bay. It was a hot, hazy afternoon in Duluth, but just a few miles away here where a breeze was blowing off the water, it was considerably cooler. The side of Wes’ building read “Arrowhead Printing,” the words nothing more than shadows of now-removed lettering surrounded by faded blue paint. Wes had yet to create any sort of signage of his own, but inside the well-lit space, everything was neat, organized, and a couple half-built frames showed exactly where priorities were – on creating rather than branding. 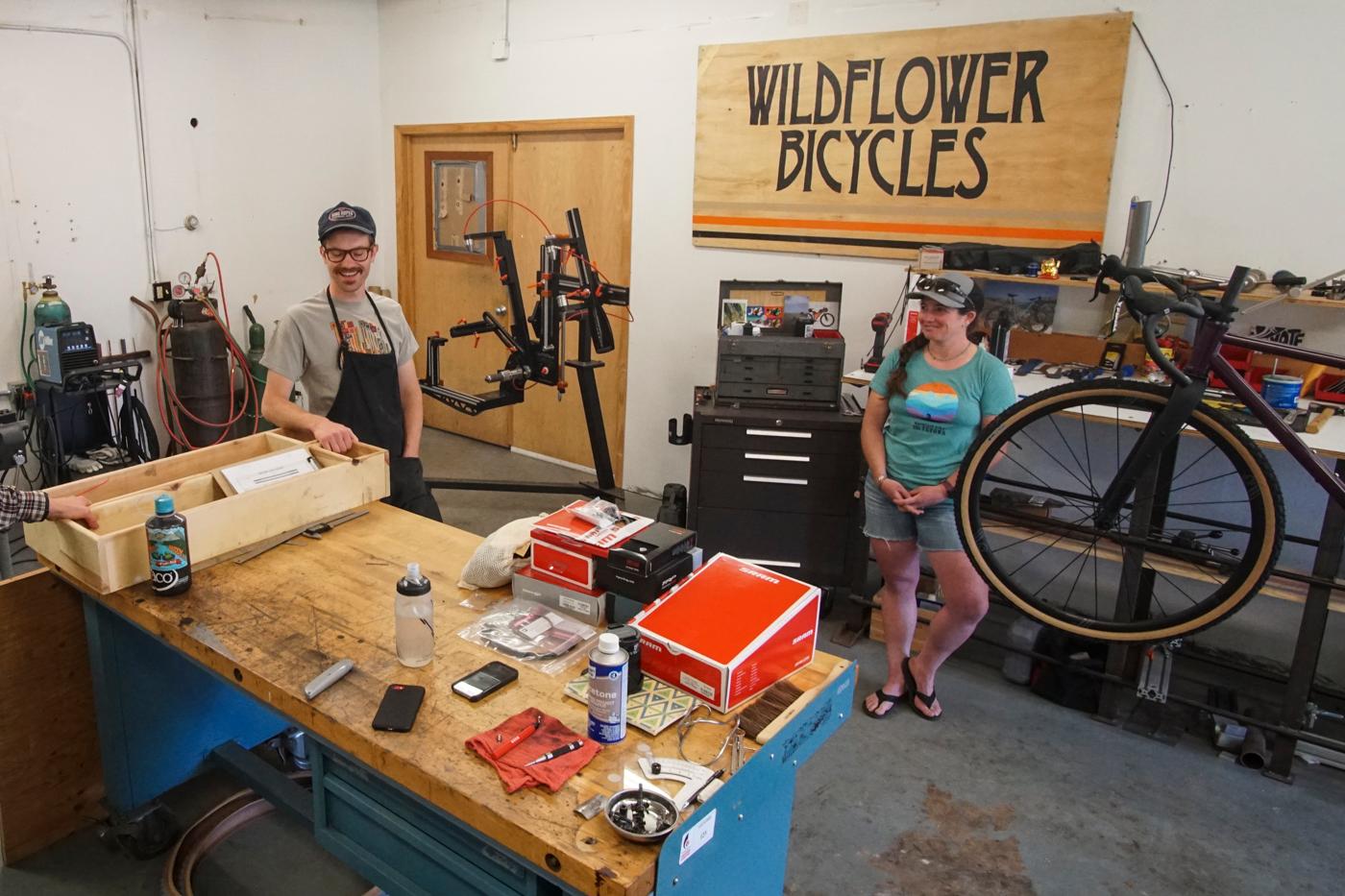 Wes possesses a particularly friendly and calm demeanor – he’s a young, upbeat fellow with a gentle smile, a neatly trimmed mustache, and the eagerness to talk the language of bikes that one would expect with any young frame builder. But that language tilted far more toward the fun that bikes can provide than gear nerdery or strong feelings about frame geometries. Contrasting with Wes’ calmness was that of Bleu, a blue heeler who rocketed around the room in pursuit of a rather dirty, worn tennis ball. 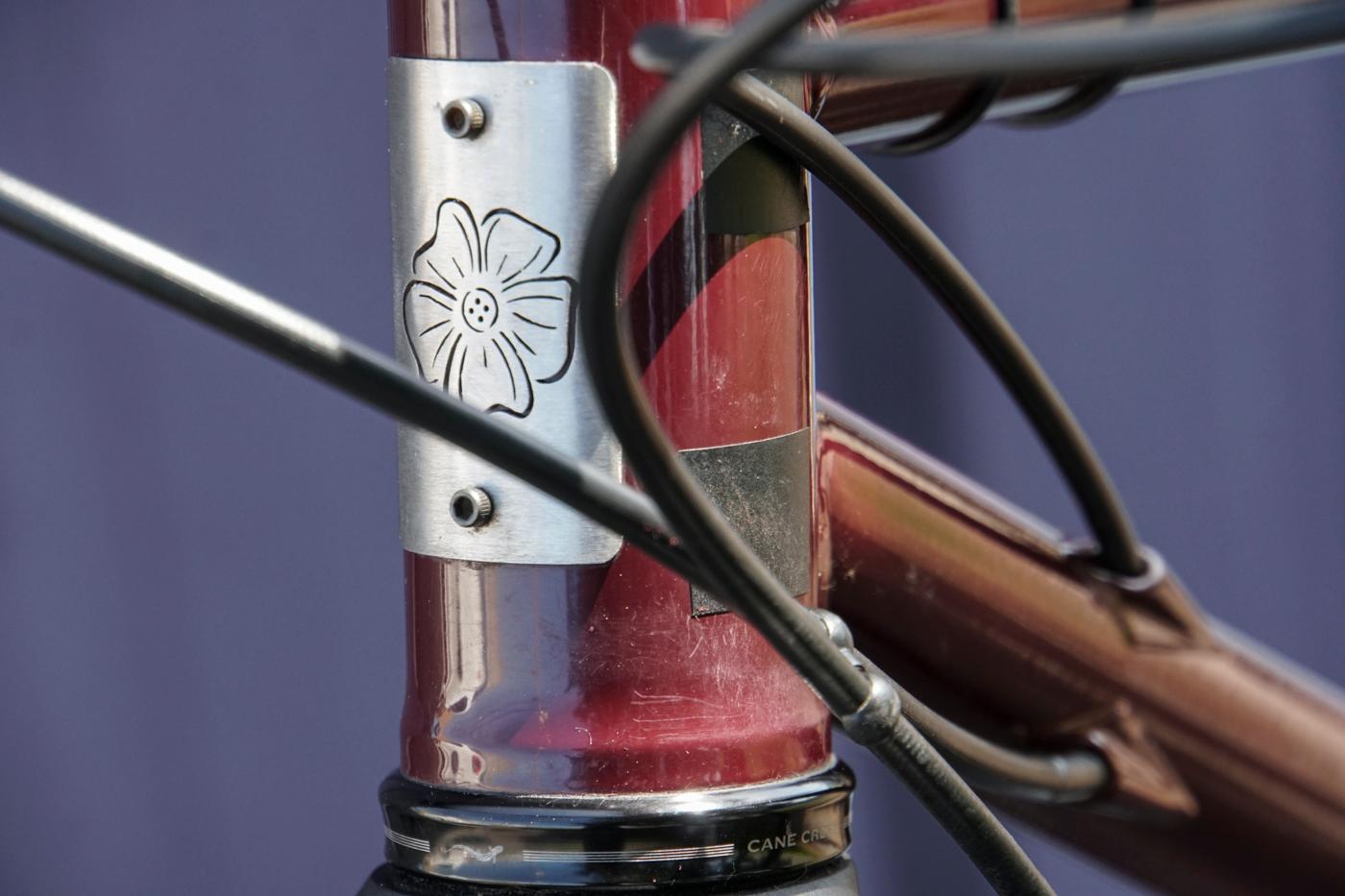 I asked Wes the obvious question about how he got his start building frames. “A few years ago, I was on the University of Wisconsin – Stevens Point Cycling Team, and we took a training trip down to Arizona. Along the way, we stopped by Steve Garro’s shop for a visit.” Garro is the legend behind Coconino Cycles. Wes continued, “I was really inspired by Steve and his work. I sent him an email asking about how to get started learning the art of frame building. ‘First, you must learn to join metal’ was his reply, and he pointed me toward a UBI course, and that’s where things really got going.” 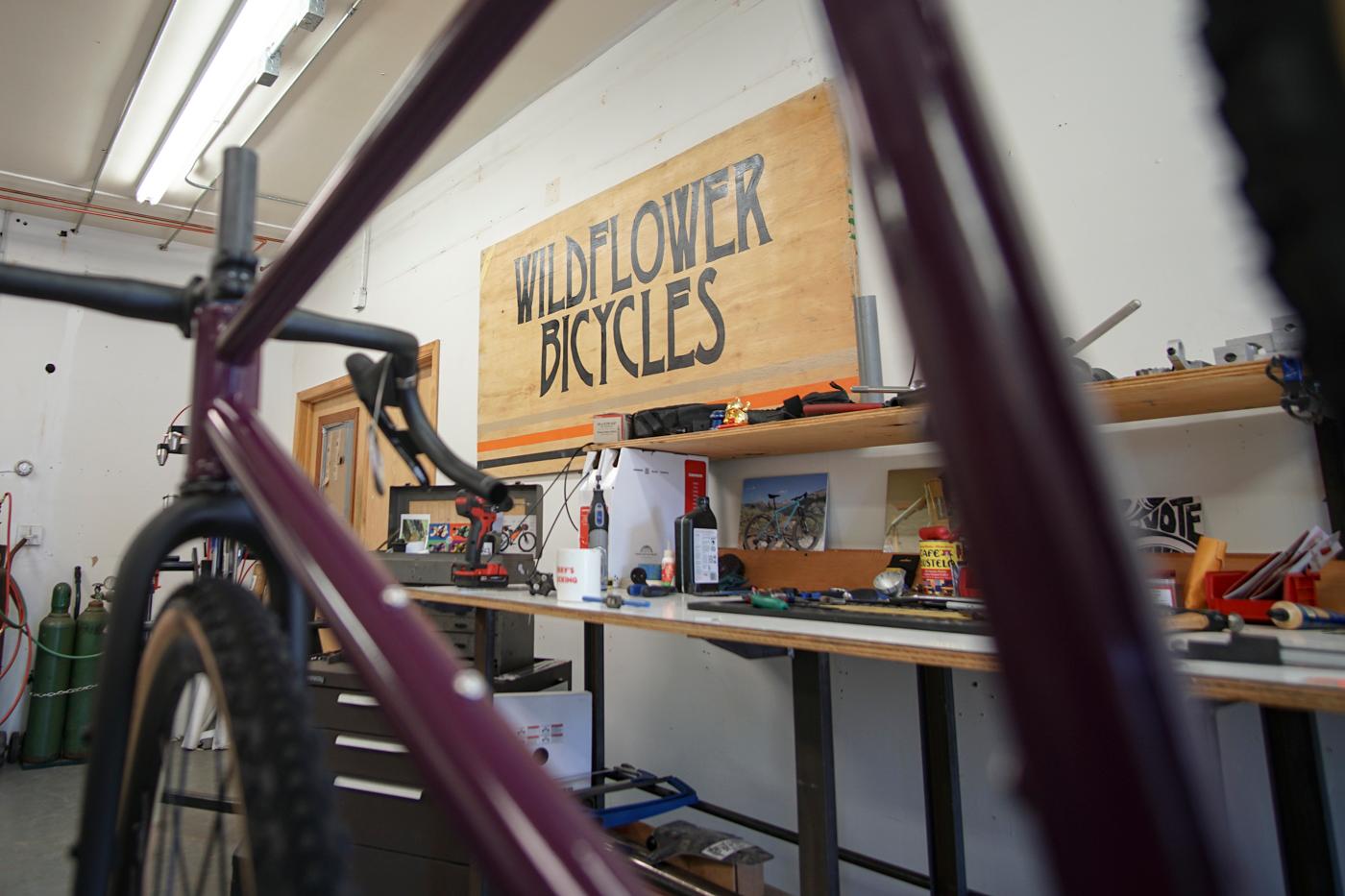 Wes finished a degree in chemical engineering at Stevens Point and moved to Driggs, Idaho. There he worked as a field instructor for NOLS, as a mechanic at Fitzgerald’s Bicycles, and got a job with the City of Driggs in wastewater operations. But at night and on weekends, he honed his skills joining metal. At the time, Wes was living in a yurt, and finding space to set up shop was a challenge. His first workshop was in an uninsulated shed at his friends Aly and Andy’s place, not quite ideal during a Teton Valley winter. Then Lars and Silas at the CAST ski touring binding shop generously let Wes set up in a corner, giving him a more hospitable space in which to create. 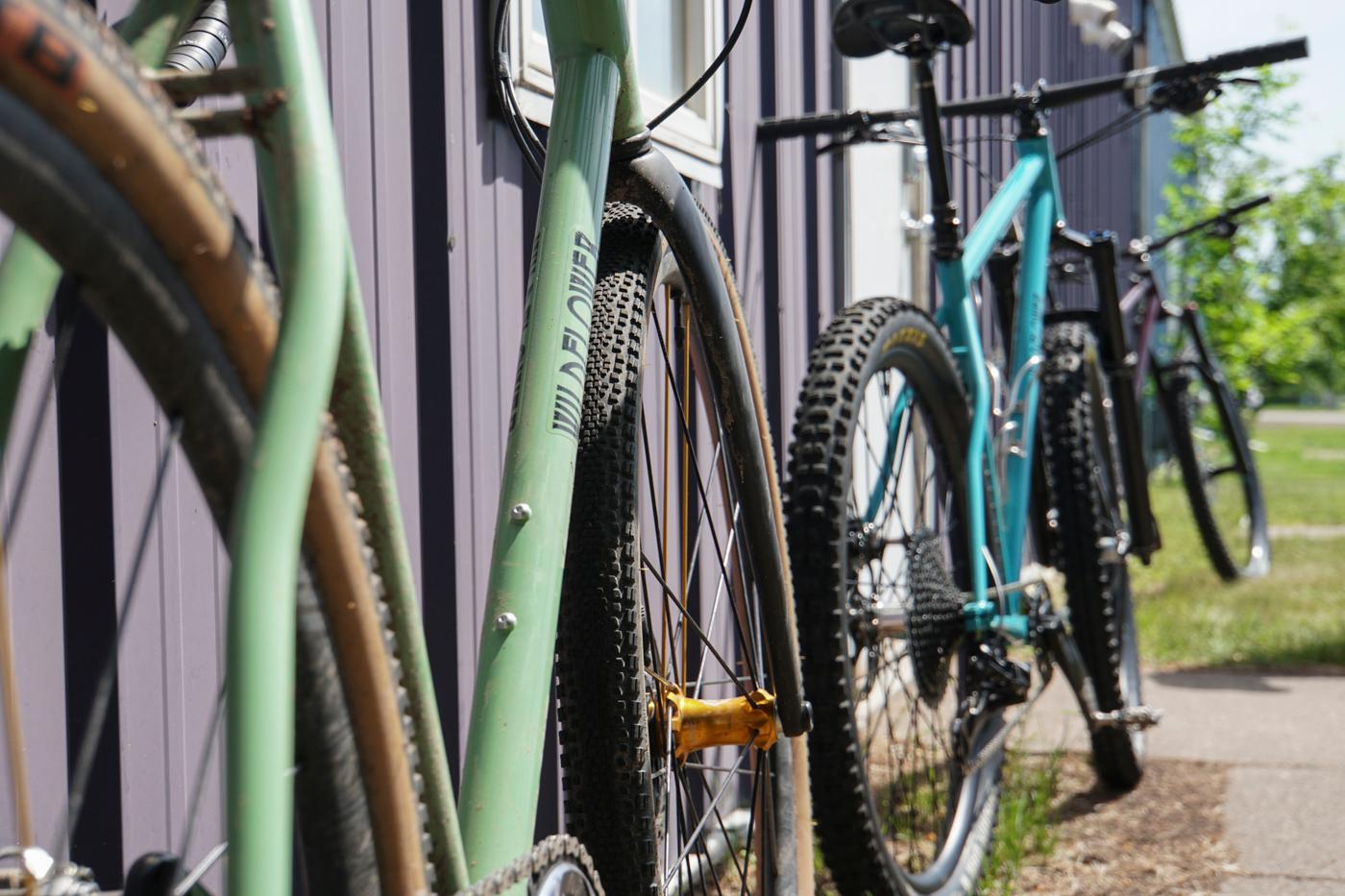 “Working for the city there – it was quite hands-on, which I liked. Sometimes it was dealing with plugged up sewer pumping stations. In winters, there was a lot of plowing snow, too. I never expected to be behind the wheel of a giant dump truck with a huge plow, but there I was,” he recalled with a laugh.

“Now here in Superior, I’m a wastewater process engineer. It’s a lot of desk time focused on designing and improving our infrastructure. I get some hands-on work, but not enough. The frame building process provides a really enjoyable opportunity for creativity and making things.” 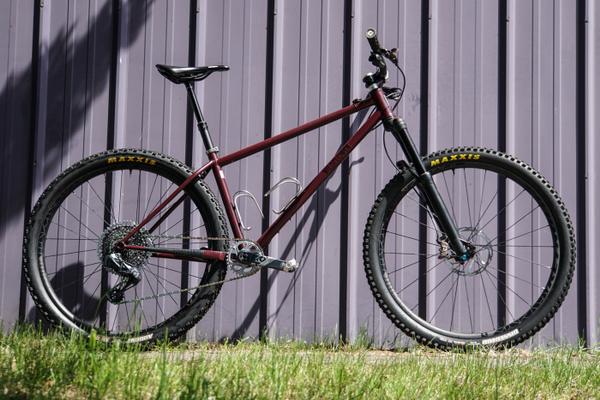 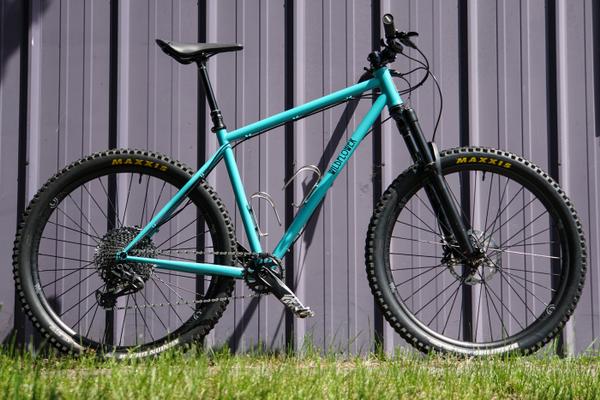 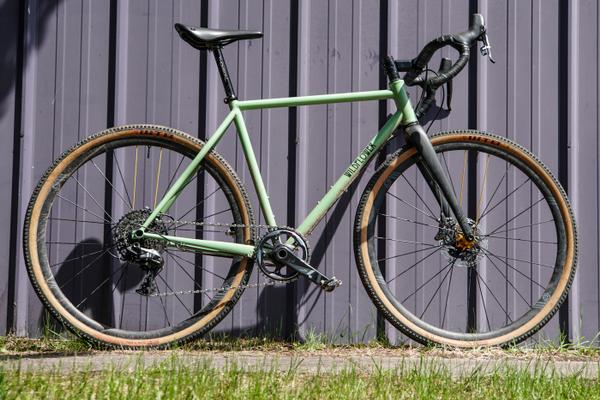 So after Wes clocks out at the office, he heads to his shop to create beautiful bikes. In the 15 or so hours a week that he devotes to this pursuit, he works on the custom frame orders that are in his queue, a mix of steel mountain, gravel, and fat bikes. He doesn’t have any set designs or models and has no plans for anything like that – everything is entirely custom and about the rider.

“My approach is to talk with the customer and find out a few things – what do they want their bike to be able to do? What’s their riding style? What are the pros and cons of how their current bike(s) ride and fit? And that provides the bases for developing a design and geometry for their new frame. Everything is entirely custom.” All his frames are built from Columbus tubing with Paragon components and painted in full-bodied earthy hues. 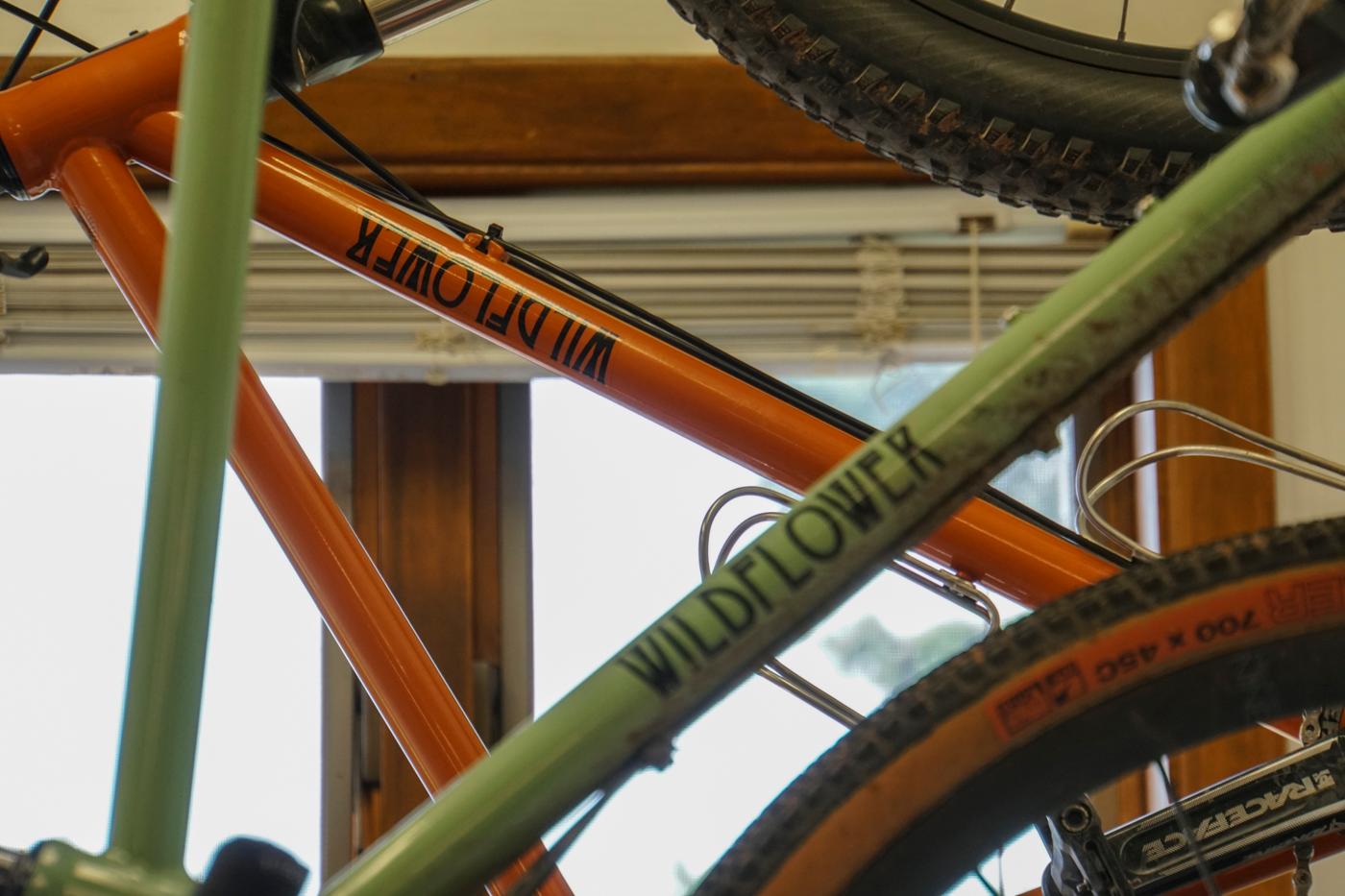 But looking at the mountain bikes around the shop, the long front ends, slack head tube angles, long travel forks, and meaty 2.6″ tires show that having fun on the rocky and steep trails around the region is a priority. But beyond mountain bikes, a beautiful green gravel bike hung on the wall, a rig Wes built for his partner Reina. Another eggplant-colored gravel bike was clamped in a repair stand, nearly built but awaiting a few tough-to-source parts due to pandemic-induced supply chain woes; that bike was headed to a customer in Missoula, Montana. And a recently-completed and painted fat bike frame yet to be built up hung nearby, one Wes had built for himself that could run 26×4.5″ or 27.5×4″ tires. 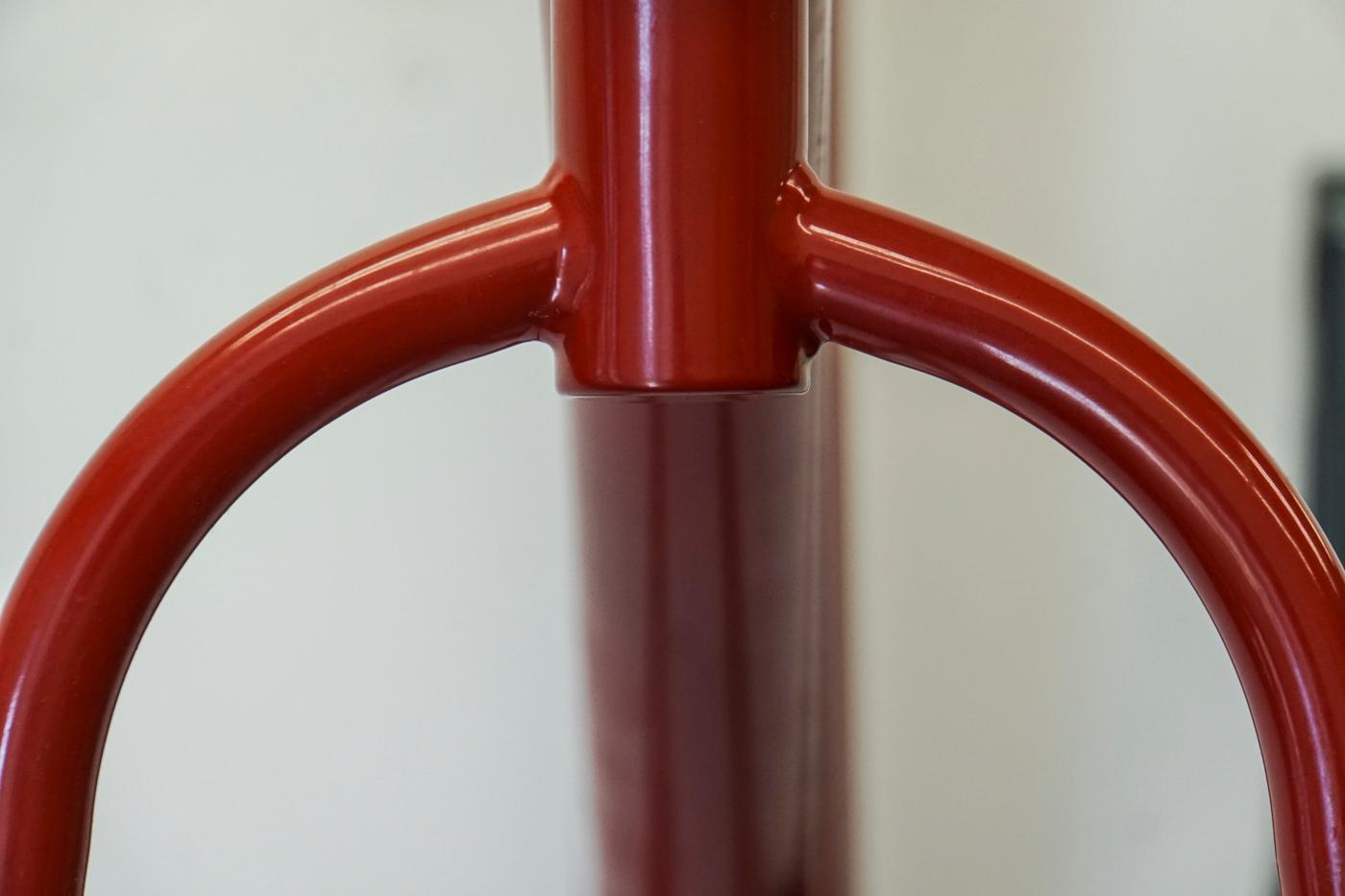 “I really enjoy the iterative design process and the ability to get things perfect before moving onto the building phase,” Wes explained. “From my perspective, that’s the beauty of a custom bicycle, I get to help the customer envision and develop whatever they want. And as a result of that process, I end up fielding requests for new ideas and develop methods for making things that I haven’t made before.”

“Since getting my shop set up here, the response from the local cycling community has been astounding – lots of interest and support! The local scene is top-notch and I couldn’t be more excited to be part of it!” 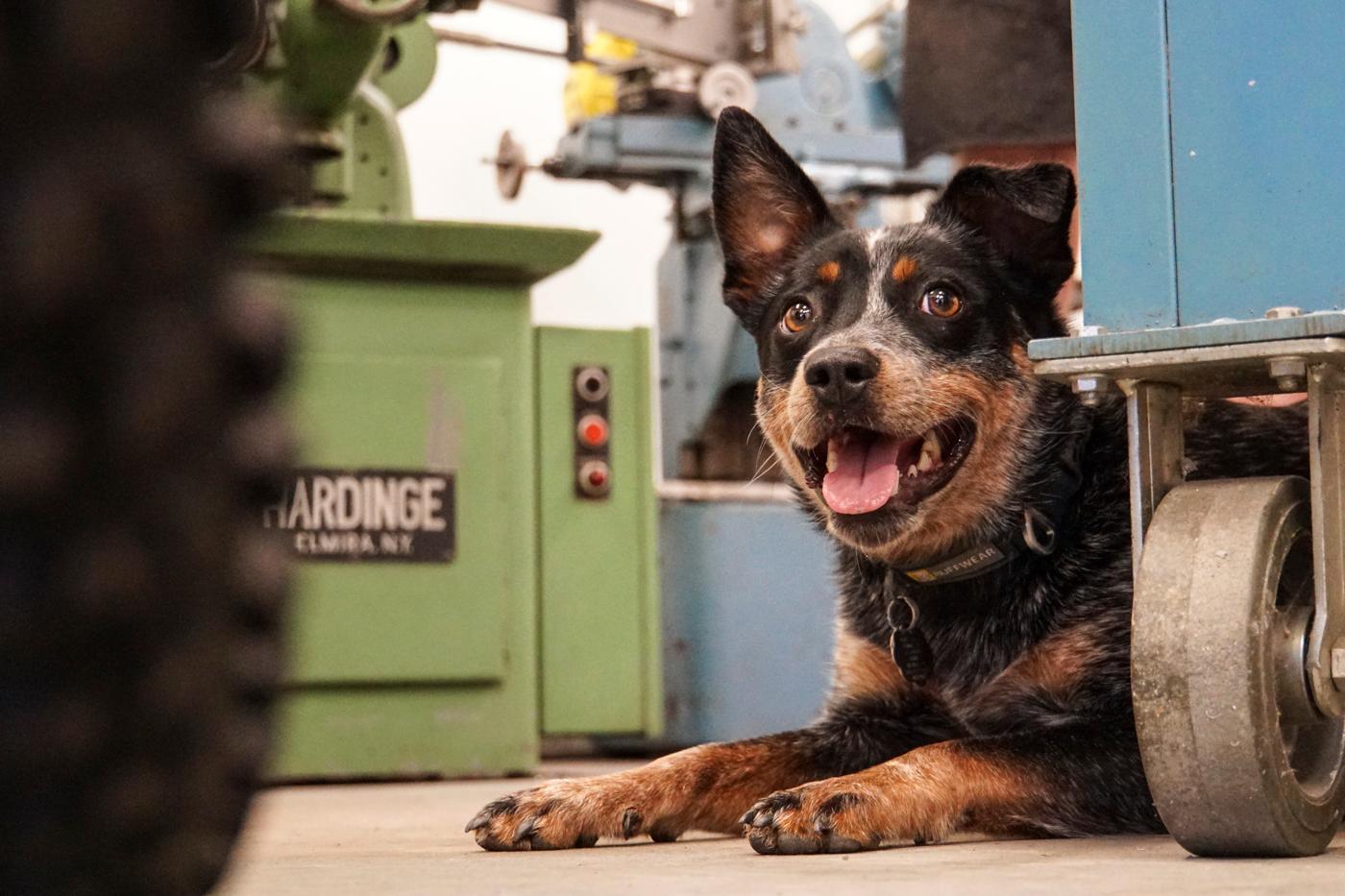 From the sounds of it, Wes was going to be busy chipping away at the build queue over the winter and riding his new fatbike. There’s also a project with Bleu in mind, creating the Bleumobile, a cart in which to pull the energetic pup around town. The frame building work certainly eats into time for his own riding, but the rewards of the creative process and building bikes that will bring others so much enjoyment is clearly particularly fulfilling. Wes admits that he’s only able to pull it all off with a supportive partner who is willing to pick up his “occasional” slack, brew up a strong cup of coffee when needed, and take care of a crazed blue dog. And Wes still gets his fair share of riding in – as I was leaving the shop, he and a friend were getting ready for a full end-to-end ride of the Duluth Traverse.