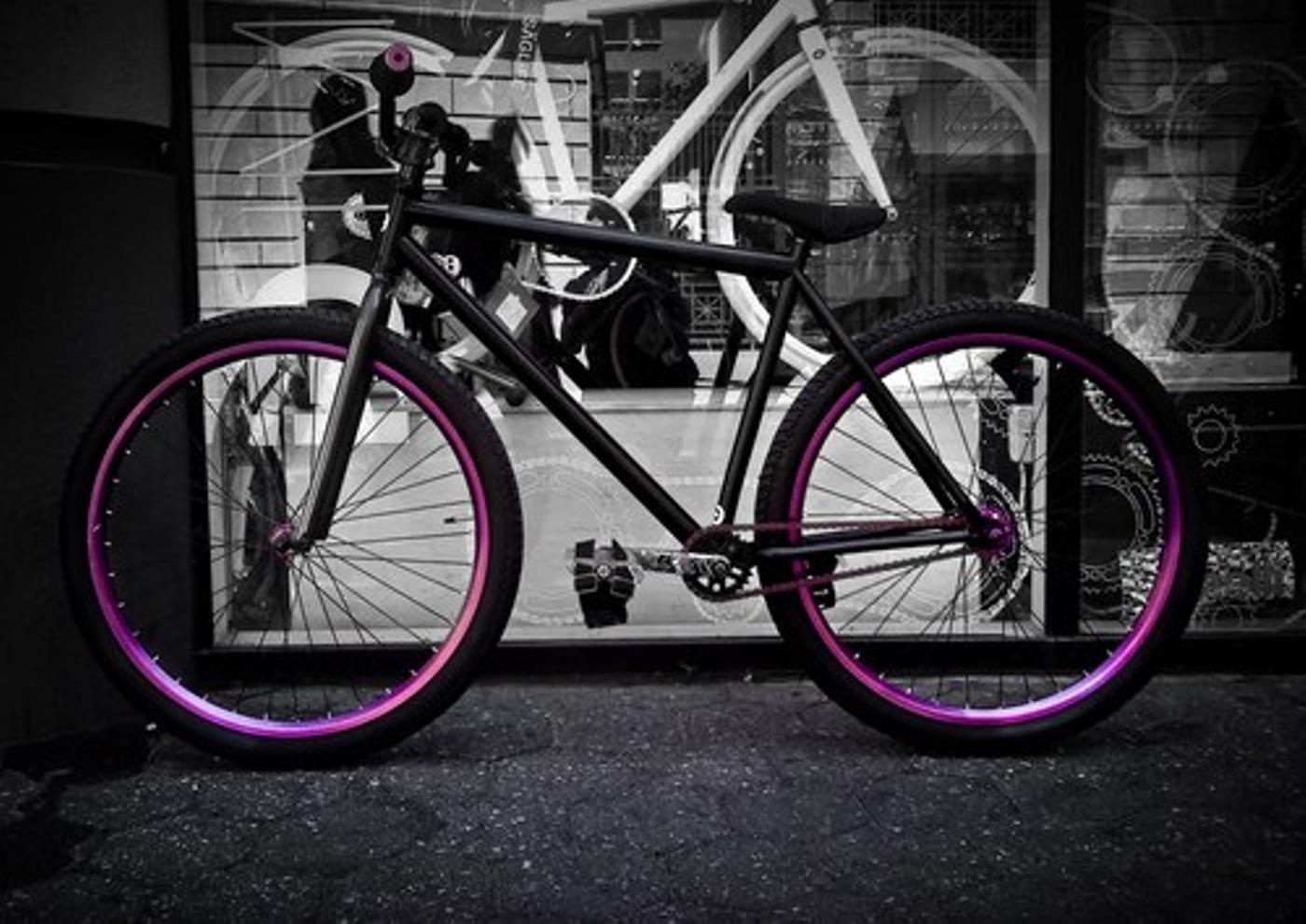 Interbike is great for many reasons. One of which is getting scoops like this. Remember Slumworm’s 26″ or 29’r fixed freestyle bike? When I saw it, I thought, there’s no way one of the Wheel Talk guys made that frame. Nothing against them but it looked PRO. Turns out, there’s a big company backing the project.

Wanna know who? Check it out below.

I met the guy running the PR&D team at Specialized‘s dirt line earlier today. We were talking about fixed freestyle and the current state of frame offerings when he told me that Specialized was behind the Slumworm fixed freestyle bike. They’ve got big plans for the frameset, including proper 14mm hubs and some of the same details used in their mountain bikes and bmx bikes. This is huge news. It’s the first time a company with Specialized’s clout used their creative abilities to address a real demand.

I’m meeting with Al and the Wheel Talk crew later today and will have exclusive photos later on. Also, be on the look out for an edit to go live on Slumworm today!