Where Nebraska Ends: The Champion and the Corner

Where Nebraska Ends: The Champion and the Corner
Photos and words by Parts and Labor

Making the most of the weekends, that’s what we do. Close the shop on Saturday, high-tail it to base camp late that night. The goal, have 2 nights of camping, 2 full days of riding, and well, back to work by Tuesday morning. Ain’t nobody quittin’ their job or getting on a plane to do these trips; it’s all done in a weekend. Slowly but surely, we’ve applied that template to a dozen or so trips throughout our fine state. Aside from the main objective of having a good time, we were intent on a few other things this go around. One. Run out of Nebraska. (Well, not run out of it, but rather, get to the very Northwest corner of it.) B… Err, I mean, Two. Find the largest Ponderosa Pine within the domain known as, Nebraska. 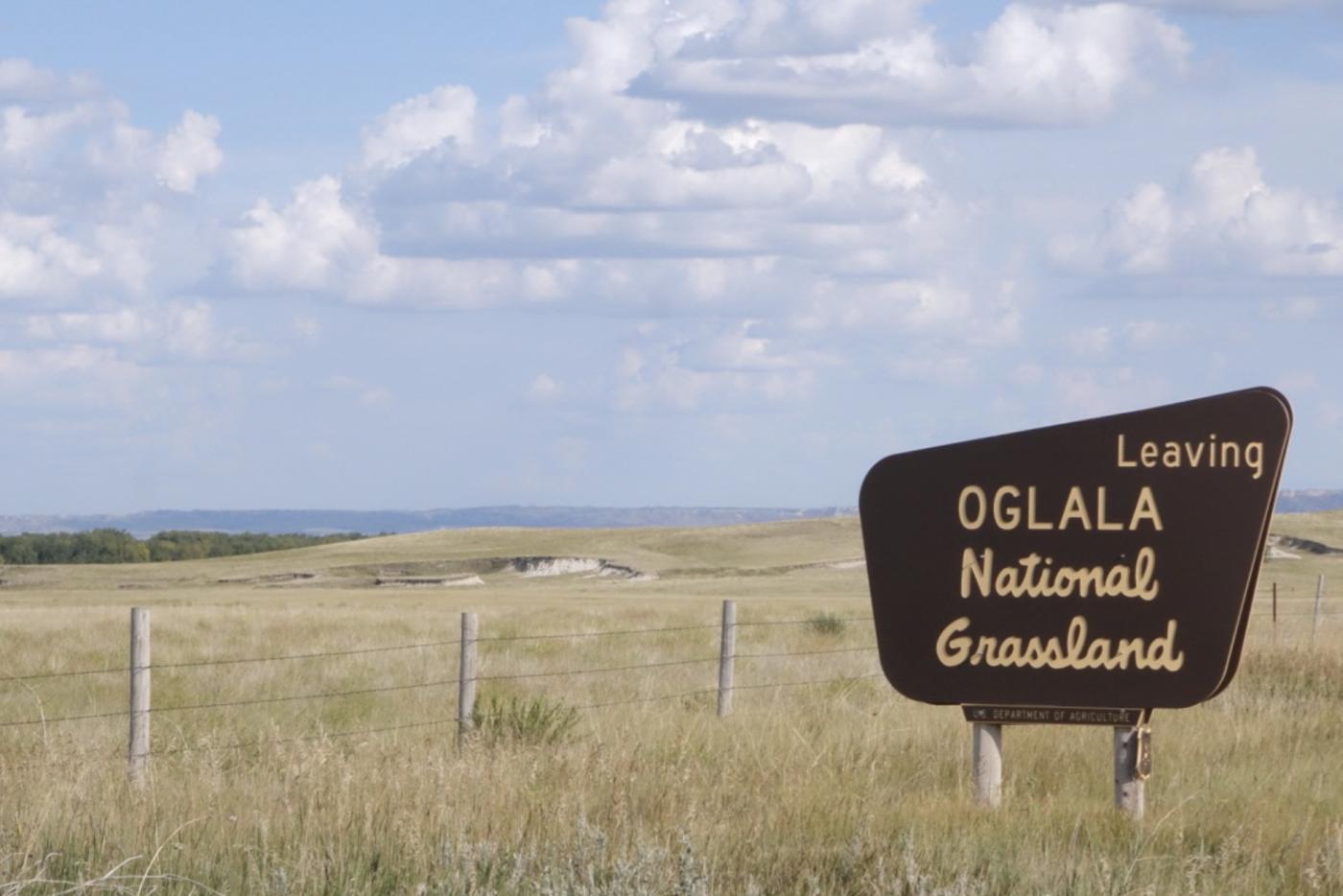 The route was hatched out of a trip that we covered last fall. We had only scratched the surface on this region, so we knew we had to find time to come back. Pine Country. That’s what it is. Well, that, and grasslands. Oh man, the grasslands. Wide opens spaces and doubletrack like you wouldn’t believe. Or maybe ya can. I dunno. Hot, dry, and windy as all get out. But it’s sure worth enduring. Trekking along the prairie, in the company of cattle and wild pronghorn, well, that’s just a neat thing. And when it’s not open pasture, it’s badlands, or rocky escarpments. 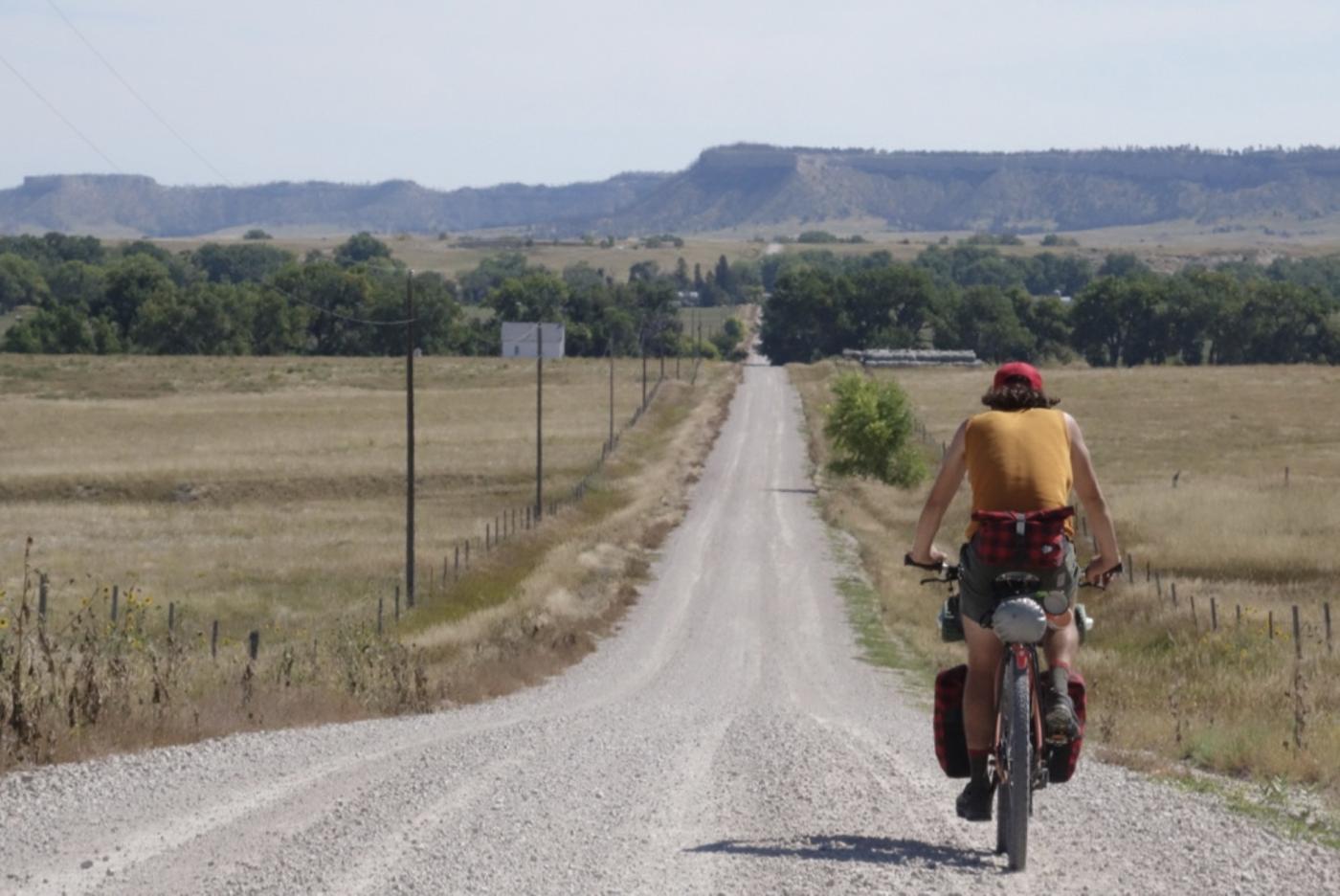 But back to the common corner. The one that rubs elbows with South Dakota and Wyoming. We were out to find it. The end, as I said. We located it via GPS, decided to throw camp within a couple hundred feet and finish the trek by hoofing up to it at sunrise. Well, there ain’t much to it. Just a piece of granite dropped years ago by the BLM, and a sign-in register. Now, if pronghorn could write, that thing would be full. But as far as I know, they can’t. Within the last few years, there are only a handful of names. Humans. Mainly dudes out fixing the border fence. Or the “damn fence” as they referred to it. We signed the sheet, stood in WY and SD for a bit, and moseyed on our way. Next up, the Pine Ridge.

Located on the high plains, the escarpment is home to, arguably, the only native pine found within the state. The mighty Ponderosa Pine. Now, we ain’t got the mature fellers that y’all have out west, but there are some decent ones. And for one in particular, the Champion, we were out to find that sucker. Situated within Monroe Canyon and along the creek, there it was, standing tall. It was a goddamn beaut’, Clark. I smelled the bark, grab a few fallen pine cones, and we were on our way and onto the climb out of the canyon to start the trek back to Toadstool. Which is where we started the trip. Objectives met, good times had, and as usual, back to fixin bikes on Tuesday.

Check out the route at Bikepacking.com.

Follow Parts and Labor on Instagram and if you’re in their area, swing through Onion Velo and Ponderosa Cyclery!