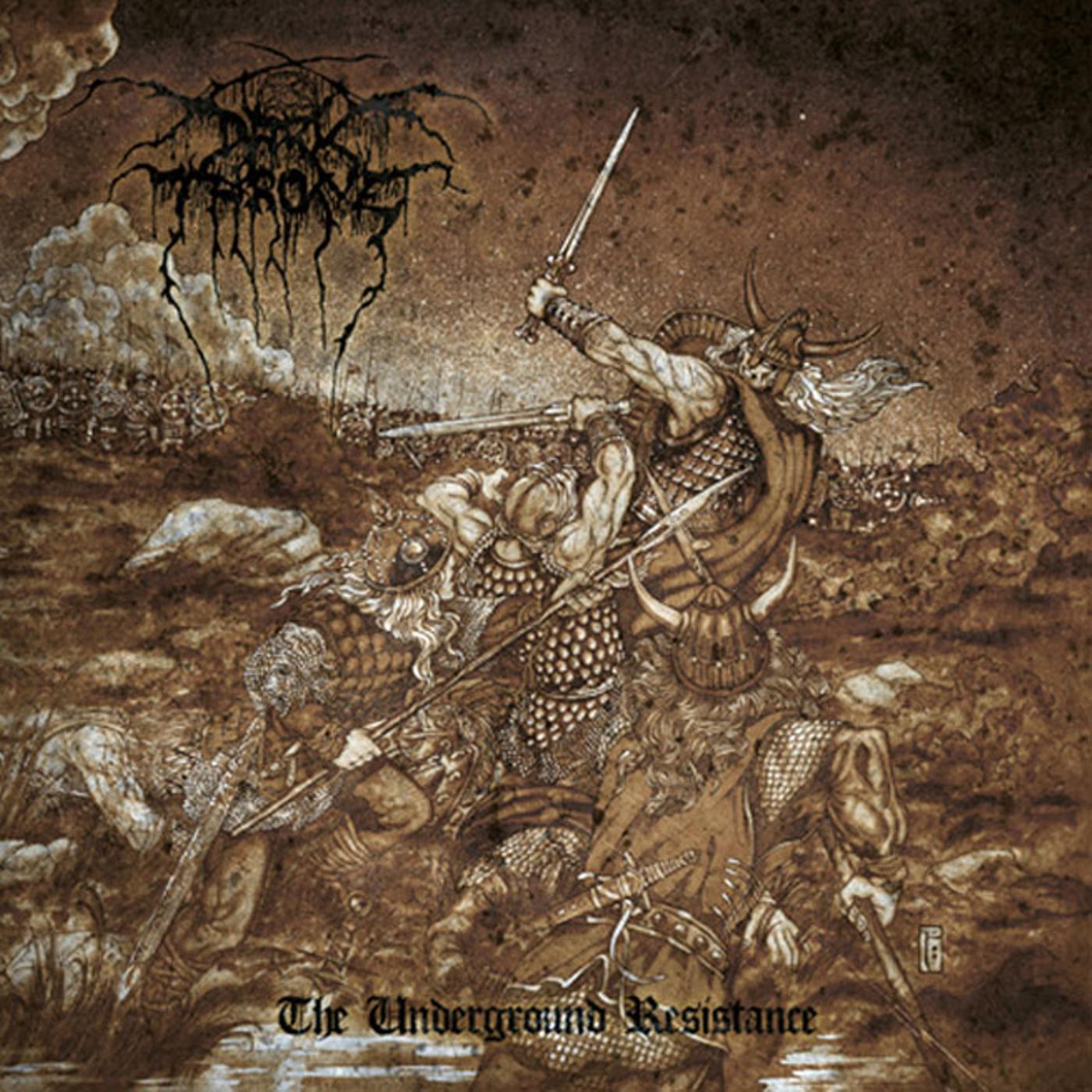 Everyone that thinks Darkthrone was better when they had their brief affair with black metal might as well not even continue with this Tuesday Teardown. Back when F.O.A.D. hit, it was greeted with high amounts of cynicism from people expecting more of their death / thrash / black metal cross-over melee. F.o.A.D. marked a key point in Darkthrone’s timeline: they started to have (even more) fun with music. Then came Dark Thrones and Black Flags, one of the best punk / d-beat albums of 2008. Finally, in 2010, the band’s magnum opus, Circle the Wagons hit, blowing everything else out of the fucking water (I’m being a bit partial here). It is still one of my favorite all time albums. Ever.

Each of Darkthrone’s albums have experimented with metal in various states, so a NWOBHM album shouldn’t surprise anyone. That’s exactly what The Underground Resistance is pushing and I fucking love it. So far, the whole package looks great. The first single “Leave No Cross Unturned” is the last cut on the album and with a howl Fenriz and Nocturno Culto kick it into high gear. Typical of their previous releases (mention Sarke, mention Sarke), Fenriz wrote half of the songs and Nocturno, the other*. So far, I like what I hear! I ordered the vinly and t-shirt package from Peaceville last week!

The Underground Resistance was mastered by Jack Control at Enormous Door, here in Texas and the artwork was penned by Jim Fitzpatrick. Check out the first single “Leave No Cross Unturned” below.

Tracklist
1. Dead Early
2. Valkyrie
3. Lesser Men
4. The Ones You Left Behind
5. Come Warfare, the Entire Doom
6. Leave No Cross Unturned

*“3 songs each, Ted’s are flown from the universe of metal with his strongest voice ever so far. Songs of mine are torn from the wombs of the riders of rohan of metal; safely cradled in 1985 style”
Fenriz, December 2012