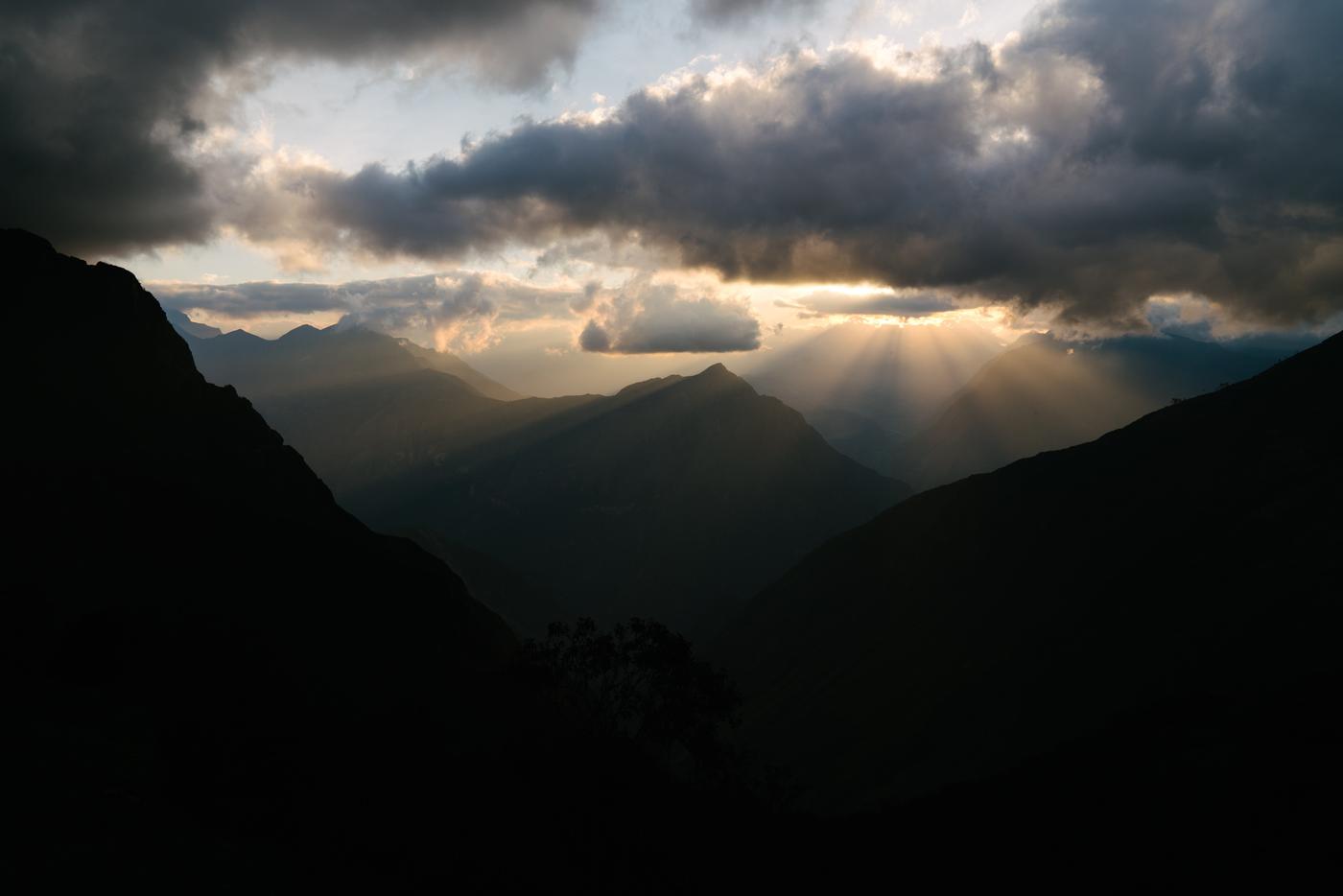 After spending about half a year well off the tourist trail, the thought of hanging around hordes of travelers wasn’t exactly exciting, but I figured it would be odd to spend so much time in the country and not see what all the fuss is about. When I found out there was a ride/push-able trekking trail that traverses a glacial mountain pass and then dives into the jungle leading toward Machu Picchu, I couldn’t resist…

Starting from Abancay, I decided to first head in the wrong direction to circumnavigate Nevado Ampay along a super quiet road with sections cut out of a sheer rock wall. It was essentially an extra 60 miles of ups and downs just to avoid 10 miles of kamikaze truck and taxi-filled pavement, but it’s about enjoying the journey, not just getting to the destination, right? 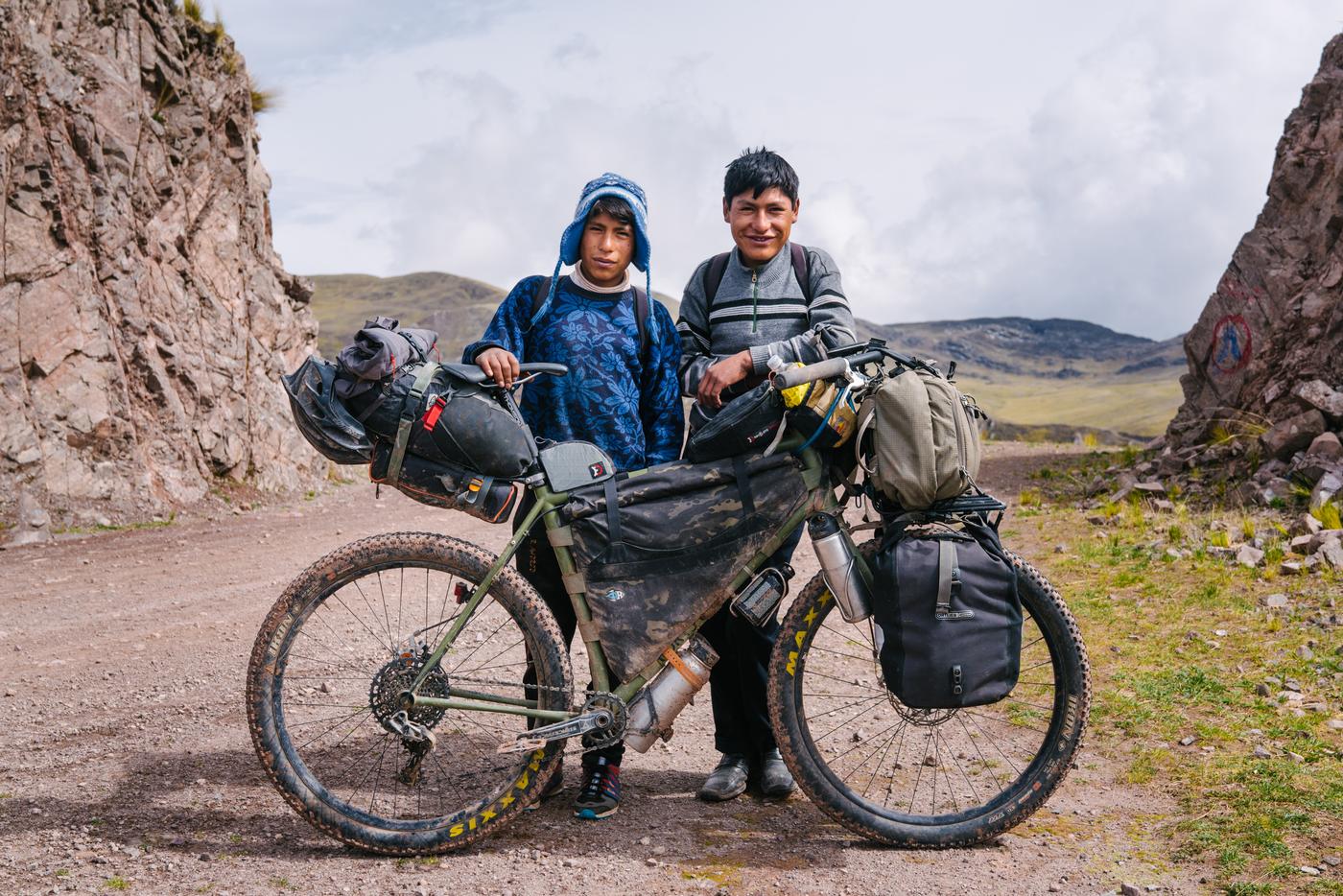 After bottoming out at a lowly 6k feet in a sweltering canyon along the Rio Apurimac I started the long (multi-day) climb back up to 15k. A little ways up sits the small town of Mollepata, which already begins to show the early symptoms of a “tourist town”. Food prices are up (12 soles for Arroz con Huevo?!?). Locals aren’t quite as intrigued by your presence…

Heading up the mountain further, the road eventually ends, and with it, the tourists truly come out, all prepping to hit the Salkantay trail in the morning. I manage to avoid the herd on the trail and decide to camp out on the summit, in probably the gnarliest thunderstorm I’ve ever been outside in. It was one of those loooong nights where the lightning is hitting so hard and so close that you just bury your head in your sleeping bag, clamp your eyes shut, and try to will yourself to sleep (to no avail). 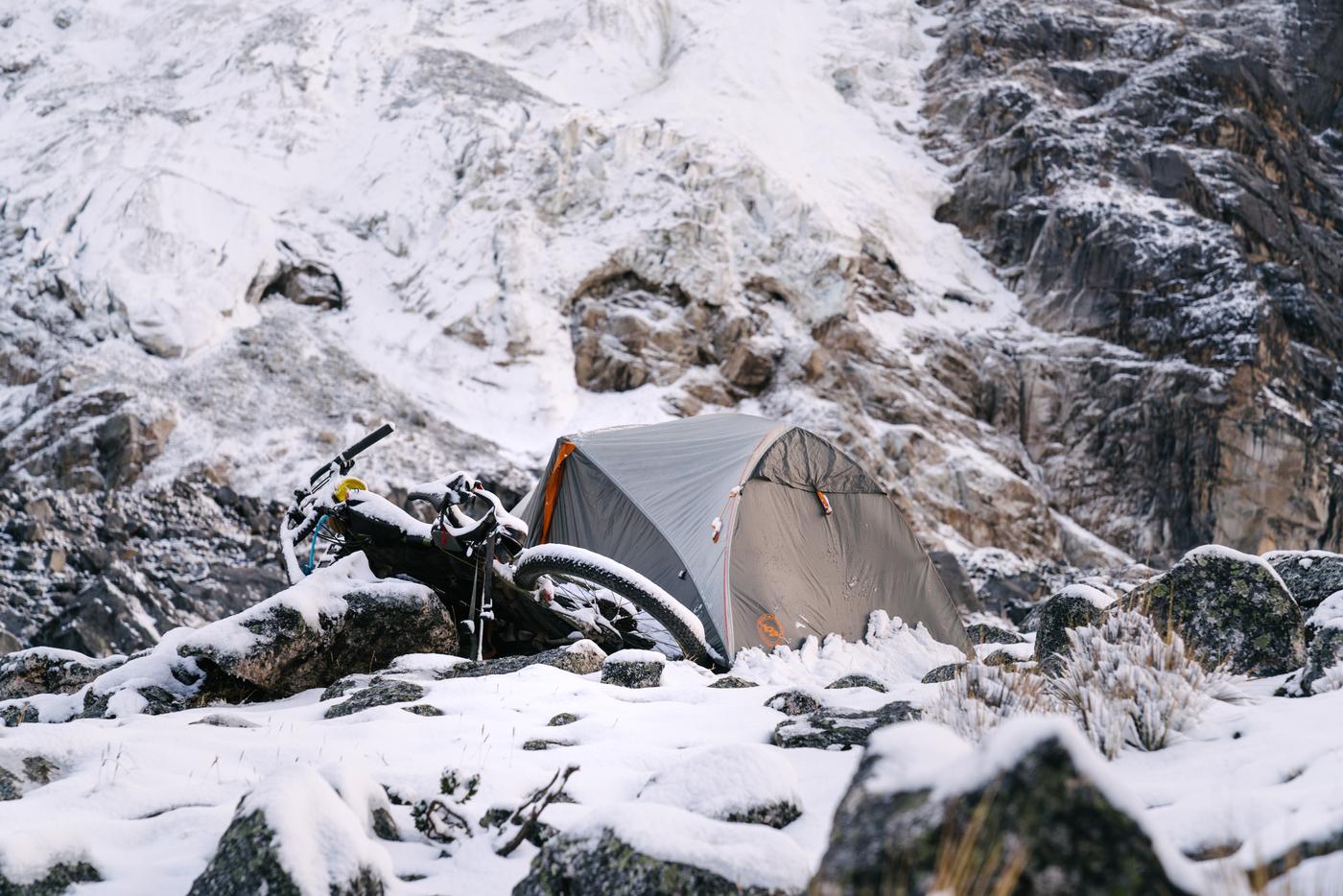 Dodging lightning bolts all night, I survived, woke up to a fresh layer of snow, and started the rocky 10k ft plunge into the jungle.

It’s worth noting that while the rules regarding bikes on this trail are vague, I ran into someone who appeared to be a park ranger who told me that bikes weren’t allowed on the trail, before allowing me continue. This conflicts a bit with the fact that I spoke with a few local guides that walk the trail on a daily basis, and all were very helpful in providing tips and talked with me about other folks who have ridden it, or downhillers from Cusco, whom they have shuttled with horses/burros to the top to ride it. If I had to guess, the increase in tourism on this trail is slowly leading to more strict regulations, so the rangers may not be as kind in the future. Fair warning! It would be very disappointing to ride up the 9,000 feet to the top and get turned back. 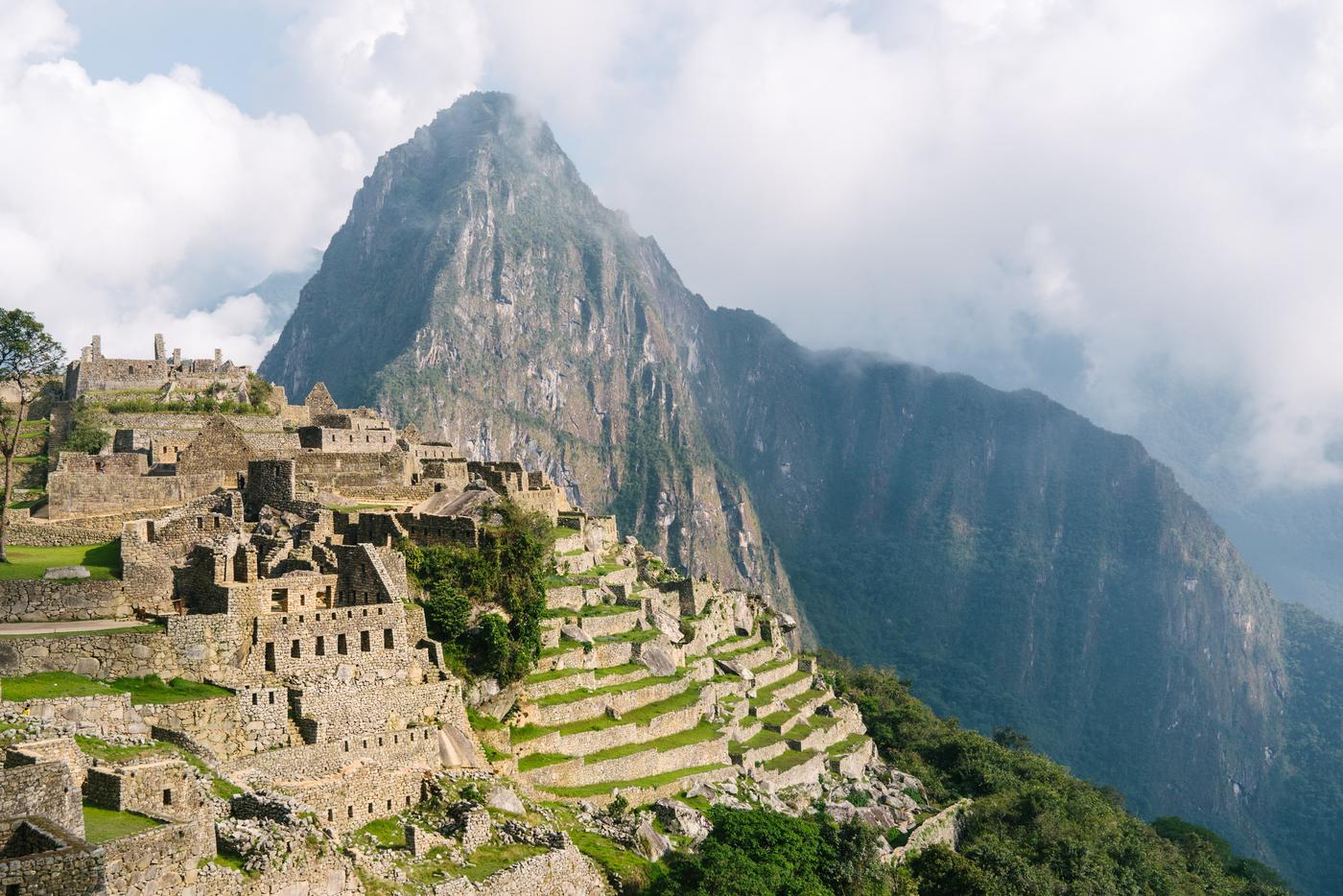 Getting to Machu Picchu with a bike from the bottom of the Salkantay trail is a bit tricky since the only path sits alongside a set of train tracks, and is unquestionably a no-bikes-allowed scenario. Following Joe Cruz’s beta I tried to sneak in at night along the tracks to avoid the super expensive train ride and was greeted by two armed guards with AK47’s at a base just up the trail who kindly pointed me back toward the (closed) ticket office. The security has likely been beefed up here since Joe’s visit as well. This meant dropping the $$$ equivalent of about 30 Peruvian meals on a 20-minute train ride into the town at the base of Machu Picchu called Aguas Calientes (though it has been rebranded as Machu Picchu Pueblo).

Aguas Calientes feels like another planet compared to the rest of Perú. Wall-to-wall tourist shops, overpriced (and shitty) gringo restaurants lining the streets, and endless voices popping out from every crevice asking if you want a “masaje” (massage). While the ruins are truly an awe-inspiring sight to see before the hordes flood in, if you’re interested in coming to Peru, I could probably give you a list of at least a dozen other places to check out that will leave you with a better experience. Still, it’s worth seeing once and marveling at what life must have been like there a few hundred years ago. 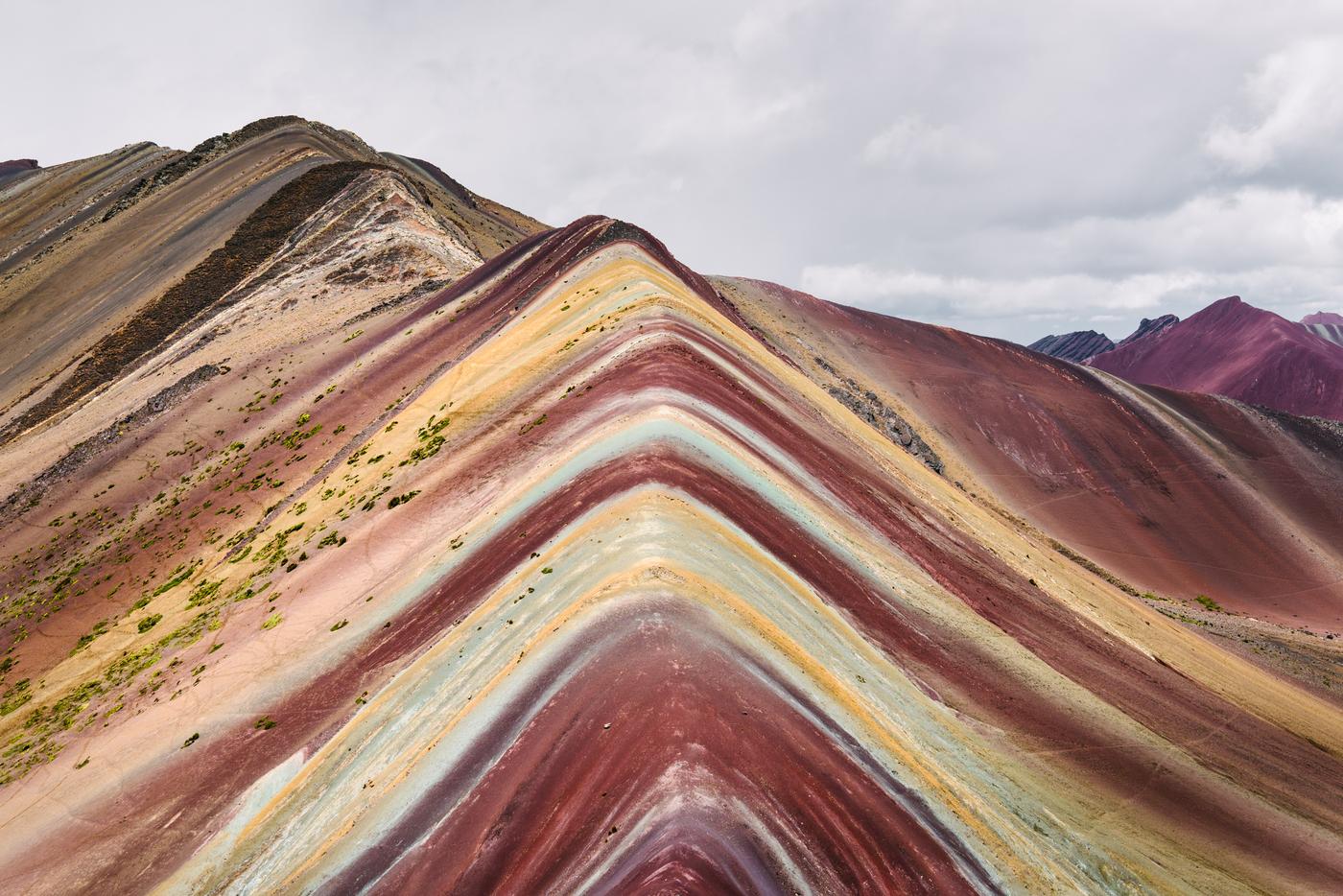 One such experience happened by chance after leaving the tourist zone, heading through the Sacred Valley and into a small town called Urcos on the day of the “Feast of the Immaculate Conception”. Now, if you’re in Peru for any amount of time you’re almost guaranteed to run into some sort of festival, parade, etc. Someone once told me there are 3,000 traditional Peruvian festivals per year. They don’t need a big excuse to blast music and dance through the streets. However, this one was definitely poppin’ off bigger than any I had previously stumbled upon, continuing for two full days with seemingly every person in town participating in some way or another.

As much as any Andean vista or Incan ruin, the joy that these people love to express on a daily basis is what makes Perú a place I plan to visit again and again for the rest of my life. The fact that there is a lifetime’s worth of quiet twisty mountain roads is just an added bonus!