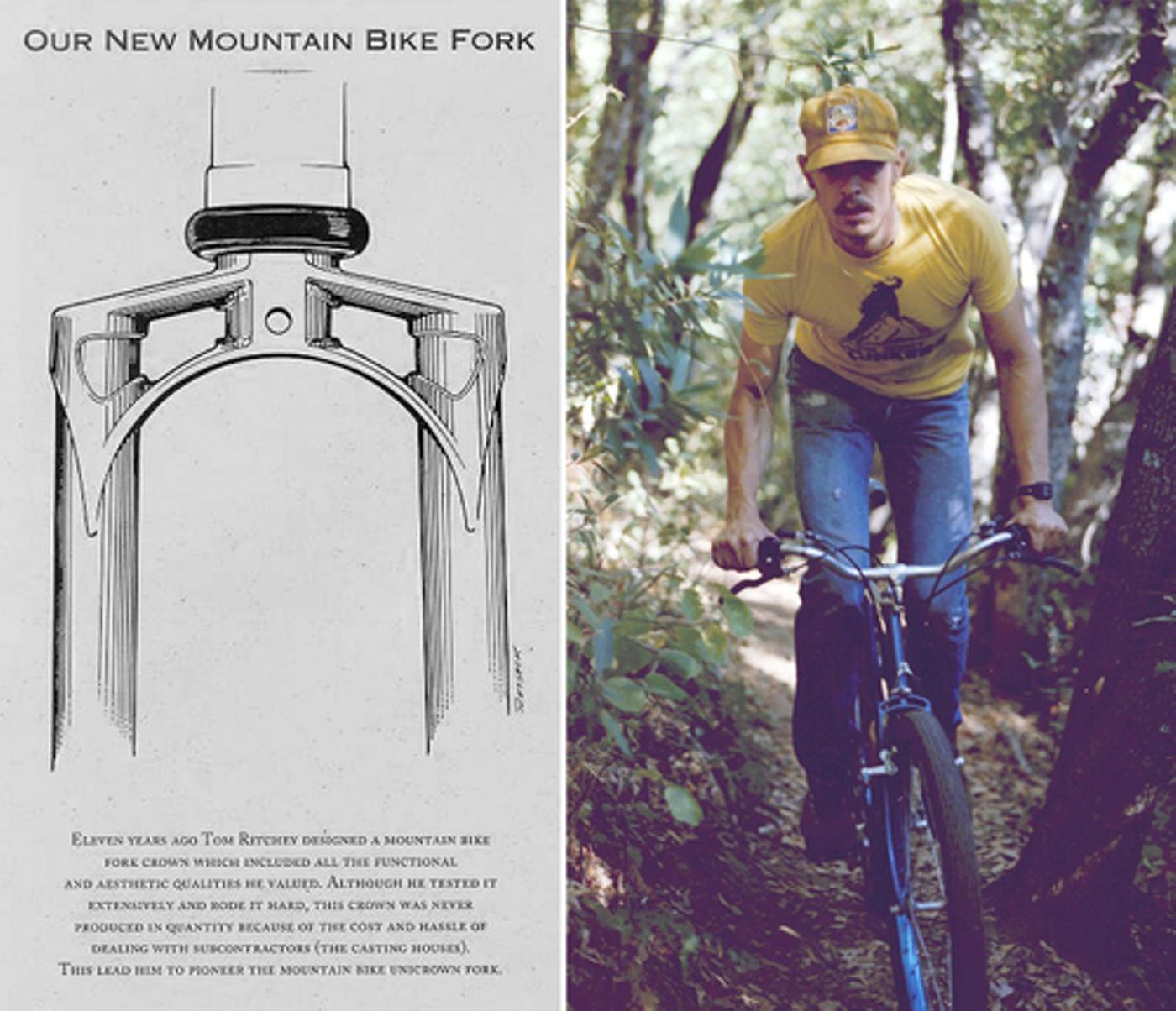 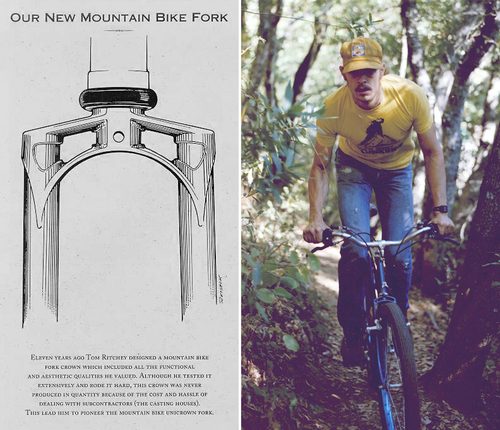 Yes, we’re all lucky to have durable forks now for our fixed gears. Remember all those photos and videos of kids snapping their forks a few years ago? After the fixed freestyle crew picked up on 26″ rigid MTB forks, or unicrown forks, there’s been very few instances of snapping forks. Most people want to thank the BMX industry for that and it’s true, early BMX bikes did use unicrown forks. The late 1970’s introduced the first BMXs, which were beefed up Schwinn Stingrays. On the bigger-wheel side of the cycling world however, we have one person to thank; Tom Ritchey. 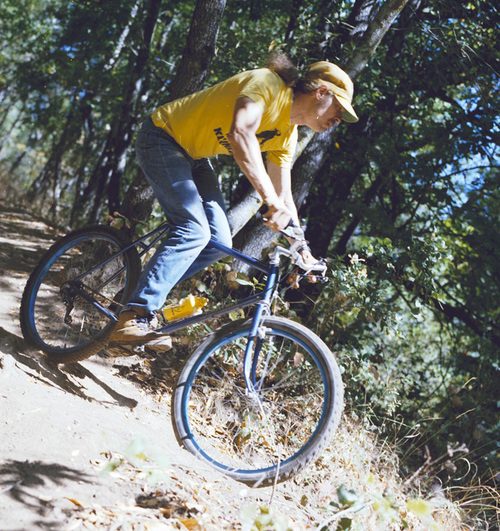 Ritchey, in many ways, was the unicrown fork pioneer. His earliest fork prototypes, shown above, eventually lead to his development of the unicrown fork and later, the re-appropriation of this technology by many manufacturers. Would the unicrown exist today if it wasn’t for Ritchey’s innovation? Probably. We still should give this man his much-deserved respect. The old Ritchey mountain bikes are some beautiful bicycles.

Edit:
Here’s a PDF from the MB1 and MB2 Bridgestone Catalog where Bridgestone discusses the Ritchey-designed fork crown.