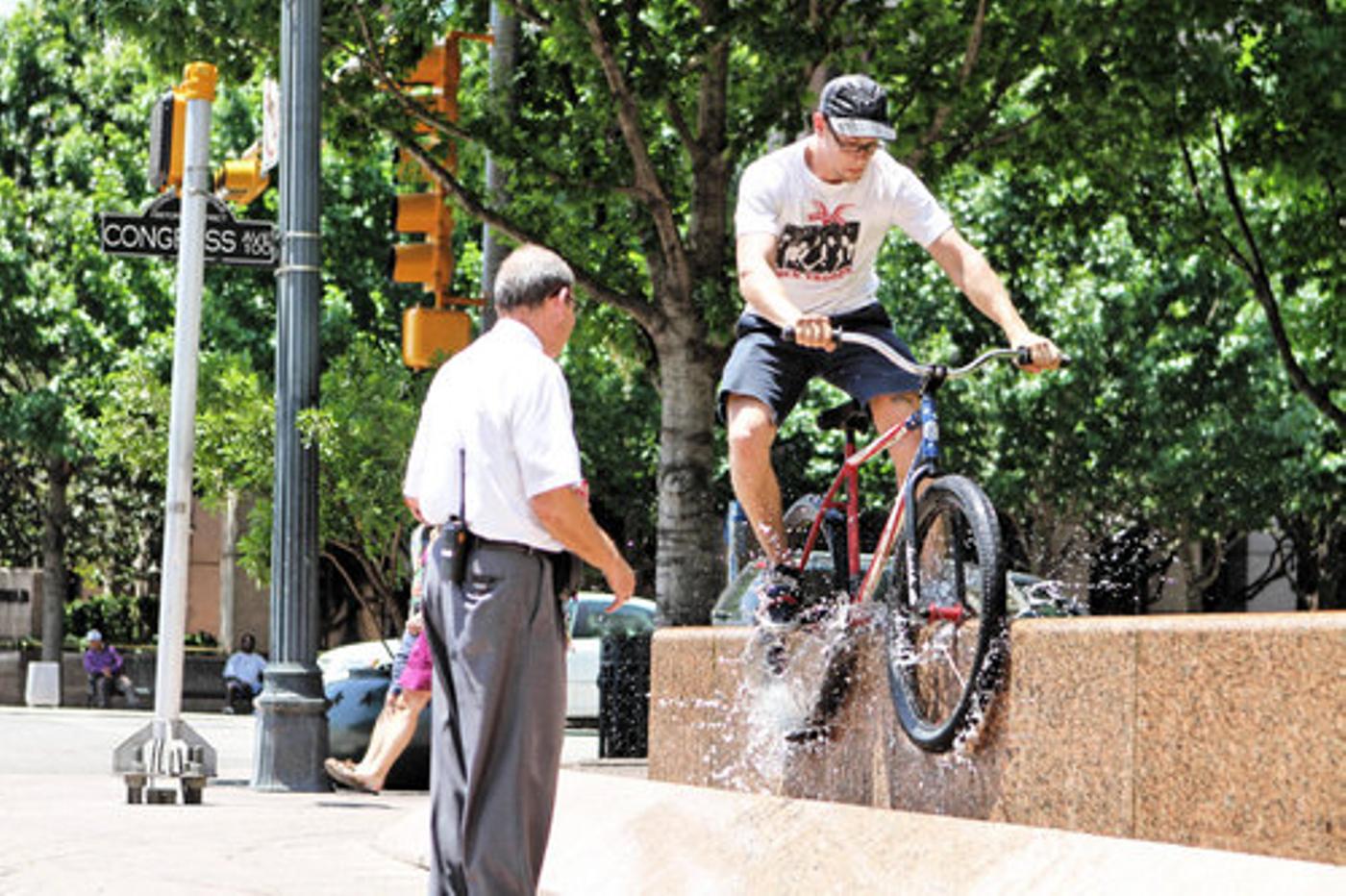 From Friday’s events, we’re skipping forward to Sunday’s. I accidentally over-wrote the CF card from Saturday, leaving me without some rad photos. Hopefully Tony’s cell phone videos captured it all. Sunday morning we woke up and decided to keep it more local, hitting up various spots downtown. Tom took a liking to this fountain, even though the security guard wasn’t too pleased with his presence.

Check out more from the Tom and Tony Texas Cookout below! This spot on Congress is a blast. Ledges run down either side of a 4-tiered staircase. I took Tony to this spot back in January and he wanted to hit it up again. Here’s Tom pulling a fire-cracker. The whole time we were riding, Tony just wanted to stay cool and keep to the shade. Meanwhile, Tom started working on this marble ledge with some pedal feebles. He was also hopping onto it and airing off the top onto the fountain below. Tony finally found a way to cool off… … as Tom delicately skimmed the side of the fountain. We eventually got kicked out of that spot (as per the first photo) and we decided to roll around some more. Tom was working on a pretty complicated line here as Chad filmed him. After another hour or two of riding, we all decided to go swimming. We headed to Barton Springs where it was packed with people and in the upper 90’s. Everyone lathered up with sun block. And went down to the water. Tony and Tom were beyond stoked. The Springs on a warm weekend day is like heaven! And what better way to end a rad day than with a belly-flop. Ouch!

We shot a ton of footage during Tom and Tony’s trip to Texas. Right now Chad’s sitting on 30 minutes of straight footage which we’ll be pulling into either one or two edits. Stay tuned! Until then, check out all the photos from last weekend on my Flickr.