Tobin Ortenblad is a Cyclocross Privateer - Photo by Brett Rothmeyer

Tobin Ortenblad isn’t your typical 22-year-old, nor does he fit the mold of most professional bicycle racers. Sure, he has a coach and a training plan, but that’s where the path begins to blur. Tobin was born and raised in Santa Cruz, California and spent most of his formative years riding BMX bikes, building jumps and eating burritos. Fast forward a decade and he’s fresh off winning the Under 23 Cyclocross National Championship in Asheville. This year, racing in the Elite category, his results have proven that the off-season wasn’t squandered at the beach. He’s finished consistently in the top ten (or top five) at UCI C1 races and a top thirty at both World Cups. Most impressive is that he’s currently doing all this, without a pro contract. We wanted to catch up with the privateer and see what he’s been up to since his big win in January. Tobin: Last season was my fourth and final year as a U23 rider. Coming into my first year as an Elite I really wanted to build my own ‘cross program. Initially I wanted to keep my sponsors as local as possible and for the most part that is true for this season. Santa Cruz Bicycles started making the Stigmata again last year and we had briefly talked about a partnership for the 2015/2016 season, but things didn’t come together until this Spring. Everything about the new program has been running perfectly; new bike, new kit, new race category and a whole new level of fitness. The bikes are rad and the kits are subtle and classy. Joe Stanwyck at Santa Cruz designed them for their in-house factory team and we tweaked a thing or two for my setup, but overall are they’re pretty much the same. Garrett: Did you choose your sponsors for a specific reason or did you take any support you could get?

Tobin: Starting a first-year program can be tricky. Potential sponsors will only know you from your past results. I was fortunate to draw from past relationships and contacts to put together a solid support structure for this year. And I was lucky in that I didn’t have to compromise on any equipment for the season. From the kits to the bikes, everything is completely dialed.

Garrett: Do you have a mechanic at each race? How do you afford traveling and lodging with so many races on the calendar?

Tobin: I’ve been coached by Chris McGovern, for the past five years and we definitely have a closer relationship than your average coach/client. He was a huge driving force in getting my new program going. Chris also happens to be an incredible mechanic, so he travels with me to almost every UCI race. I don’t have the luxury of a huge team budget, so I have to be frugal. Blocking out race trips and staying with host families are helpful way to save money. For example, in September we went from Rochester – Madison – Las Vegas – Iowa City and hit the major races on the schedule. I choose host housing over hotels at all the races. After a few years of doing the domestic circuit I’ve met many host families and try to stay with the same ones every year. I’ve had the pleasure of staying with a lot of great people who really make it possible for programs like mine to succeed. We usually cook and eat together and you’re never stuck in a lonely hotel room in the middle of nowhere. 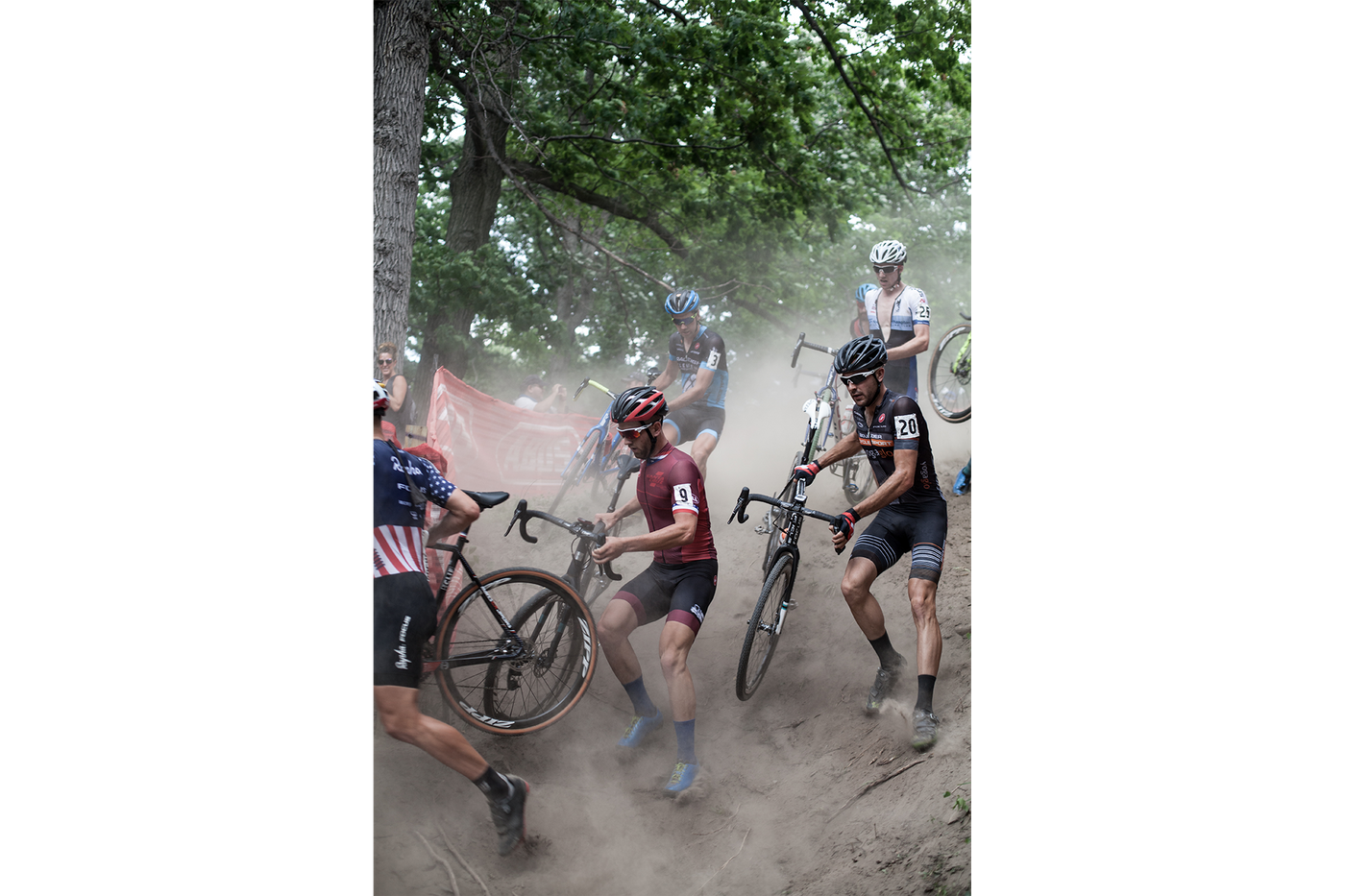 Garrett: You’ve surprised a lot of folks with your results so far this season. Did you train to peak early at the big domestic races or are you still building for a long season ahead?

Tobin: The past four years in the U23 category were all about experience. It seemed like every race I learned something new, but it wasn’t as often that I felt like I had a stellar result. Starting in early July, I completely changed my training to focus on ‘cross and worked my ass off because I needed my debut season as an Elite to turn heads. I’ve definitely been training hard, but am nowhere near a “peak” at this point. My big goal for the season is a top five at the Elite National Championships in January and a top twenty at the World Championships in Sanem, Luxembourg a few weeks later.

Garrett: Your dad and sister also race with you at many of the local Northern California ‘cross races. In fact, the first time I met your dad was at a race in San Francisco. He was riding a big blue Hunter and he dropped his chain. He was visibly upset (maybe cursing), a few groups passed him, then he got it sorted and finished the race smiling. Was the family aspect of cyclo-cross apparent to you as a kid? Why do you choose to primarily focus on ‘cross instead of road or mountain?

Tobin: Ooh yes, the whole family races. Maddie and I refer to it as, “The Dynasty.” Rick dropping a chain and dropping a bomb or two…yeah, sounds about right. Honestly, I think he might enjoy going to races more than I do, ha. Seeing him at a ‘cross race is rad. I loved the sport from the very beginning and the vibe was immediately more relaxed than the road or mountain races that I went to. Overall, it seemed like everybody took the racing seriously, but had a good time before and after. I think that still remains true, even at the highest level of the sport.

Garrett: I know you enjoy your time at home in Santa Cruz, but what do you do all day? Is it all bikes and training?

Tobin: I swear, sometimes I wish I was from a place that was not as nice as Santa Cruz. At least then, when I’m traveling I wouldn’t miss the place so damn much. During the season it seems like my time at home is never long enough. Running my own ‘cross program this year means that when I’m home between race weekends, I’m training, but also making sure my equipment is dialed and ready to go for the next trip. Chris does most of the work while we’re on the road, but I do everything else when I’m home. Unpacking, cleaning, adjusting bikes, gluing tires, and repacking is pretty standard protocol. I also try and get in some hard motor pacing sessions with my dad driving the scooter up Highway 1. Obviously, my life isn’t all bike related. Corrina, my girlfriend, and I are usually cruising around Bonny Doon, going to the beach, eating tacos, or camping if we have time!