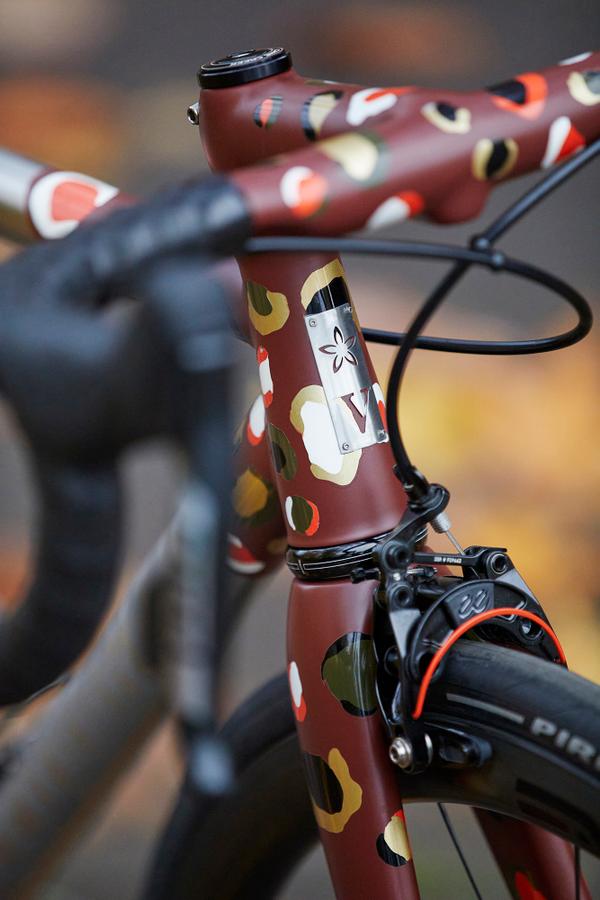 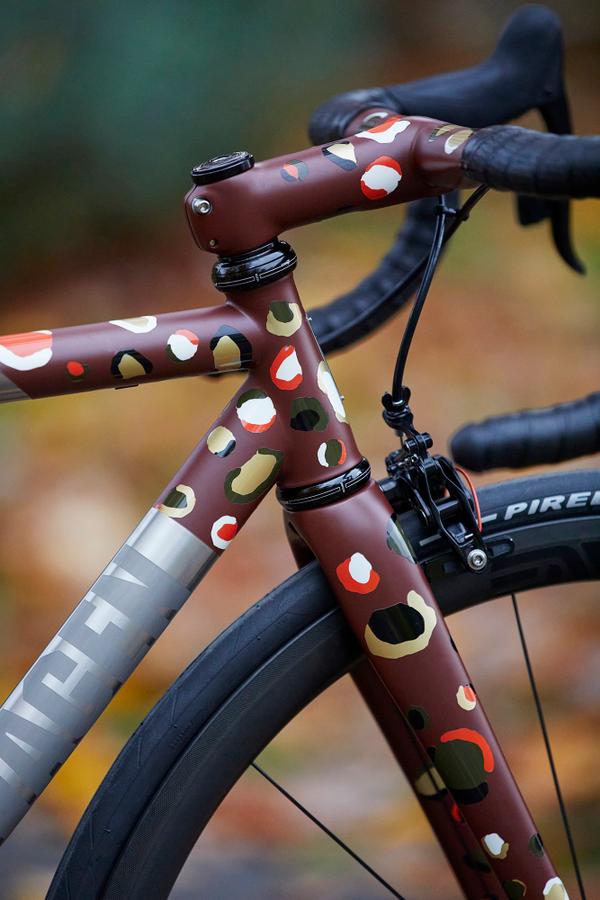 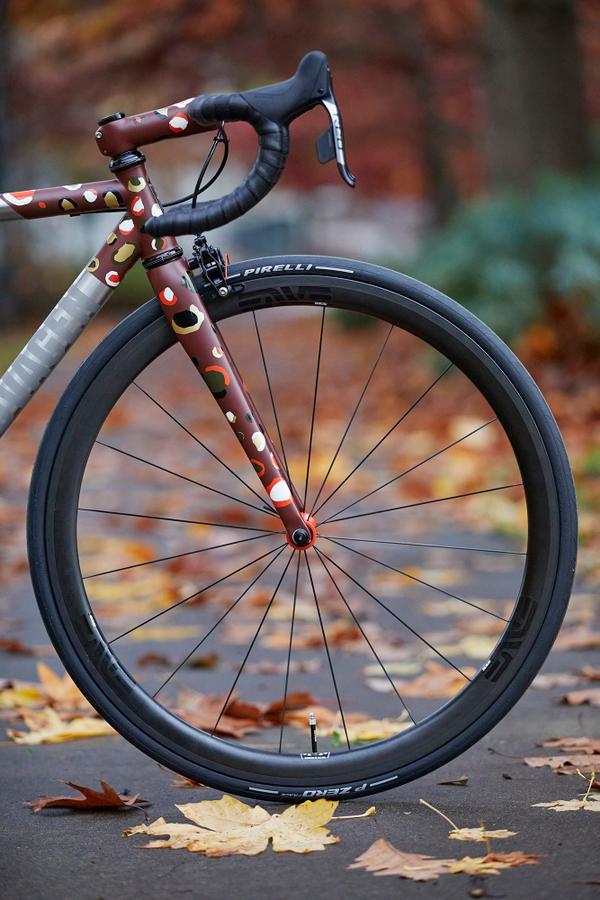 Leopard print was established in high fashion by Dior in 1947, from there it has taken wild swings in both directions as symbols of wealth, or tackiness. In pop culture leopard print also swings the full pendulum, often used as a symbol of sexuality or as a way to show someone being bold and confident. Debbie Harry of blondie became a fashion icon wearing leopard at the height of when it was considered tacky. Slightly later male rock stars used the print to push questions on gender norms and sexuality. Then the punk scene adopted it specifically for its connotations and anti-respectability. A symbol of not being forced to conform to conservative values when the nation was pushing that way hard. With so many uses and styles it’s the ultimate symbol of owning your look, and confidence. Both of these things are built into the foundation of SV. So… what is our leopard print? The answer was glaringly simple. Speedvagen cut its teeth on rim brake road bikes. The ultimate expression of form and function for us. For this 11th why not push the limits of all of the above.

The Speedvagen Ti Rim Road Prototype is dressed in leopard print that leans camo (Unicorn Camo?). Red “Lead” Primer meets leopard in a no holds barred cage match of a bike that marries our past to our future. A modern Ti Rim Road bike with SRAM AXS shifting. All of these parts, materials, patterns, and finishes add up to one hotrod’esq rocket of a bike. Purity, Confidence, Punk, and everything in-between. This is Speedvagen and our crew of experts all coming together to produce a singular, beautiful bicycle. Our past meets our newest material wrapped in some “unicorn camo” for good measure.

Is it for everyone hell no, and we don’t ever want to be.

Retail is set at $6495 for the frameset. See the new Autumn Road at Speedvagen!