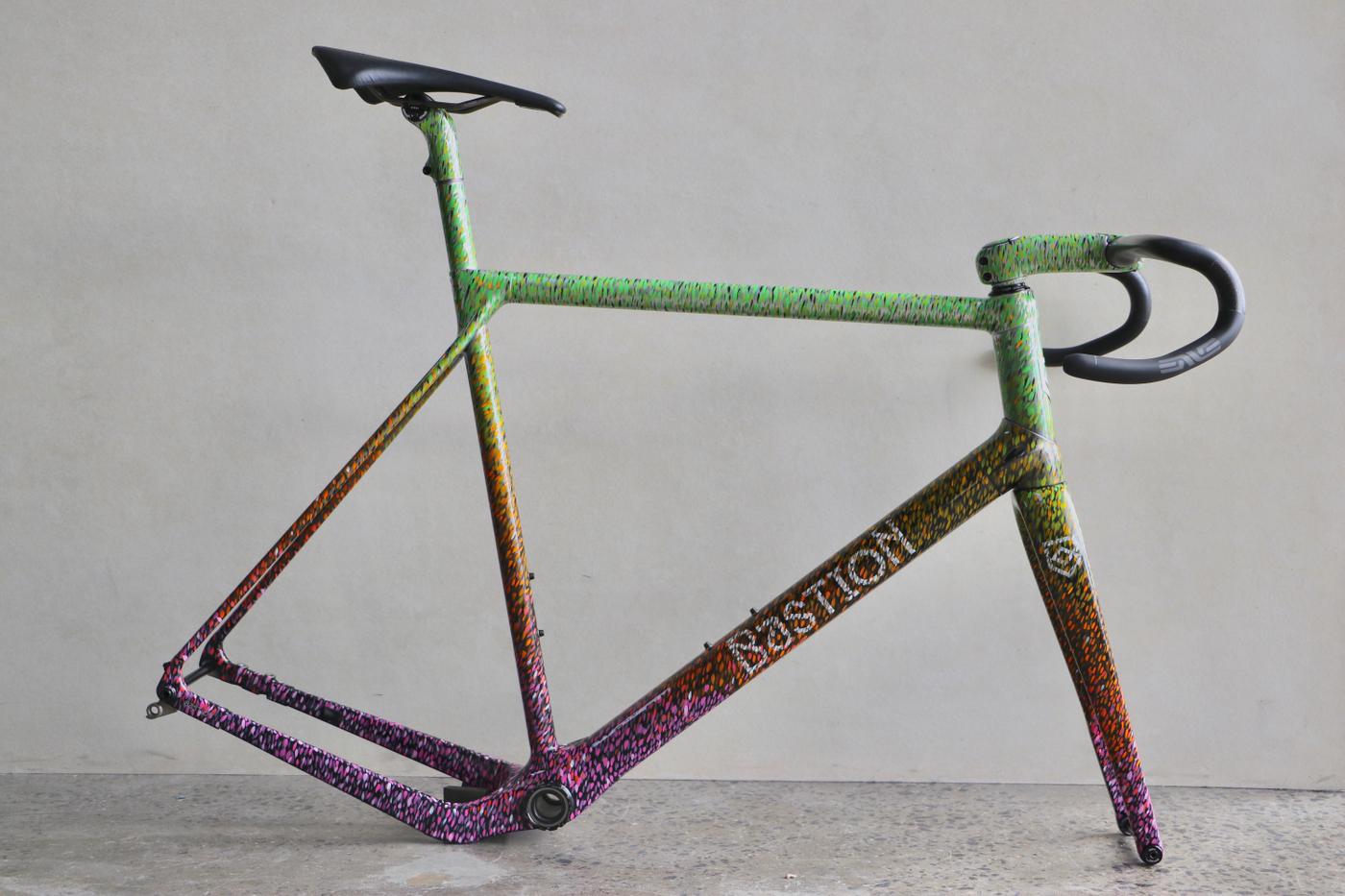 The details of the build are:

– Bastion Crossroad
– ENVE Fork (Gravel) and Cockpit (aero stem with G series bars)
– Chris King T47 BB and Dropset Headset
– Saddle and tape wrapped by Busyman
– Will be built up in the Netherlands with Rotor Uno 1×13 and ENVE 3.4 ARs
– Custom paint. A metallic silver to black pearl fade as a base by Bikes By Steve which was then painstakingly handpainted with very small brushstrokes over the course of a week by our inhouse designer Charlie before being clear-coated by Steve to protect it. 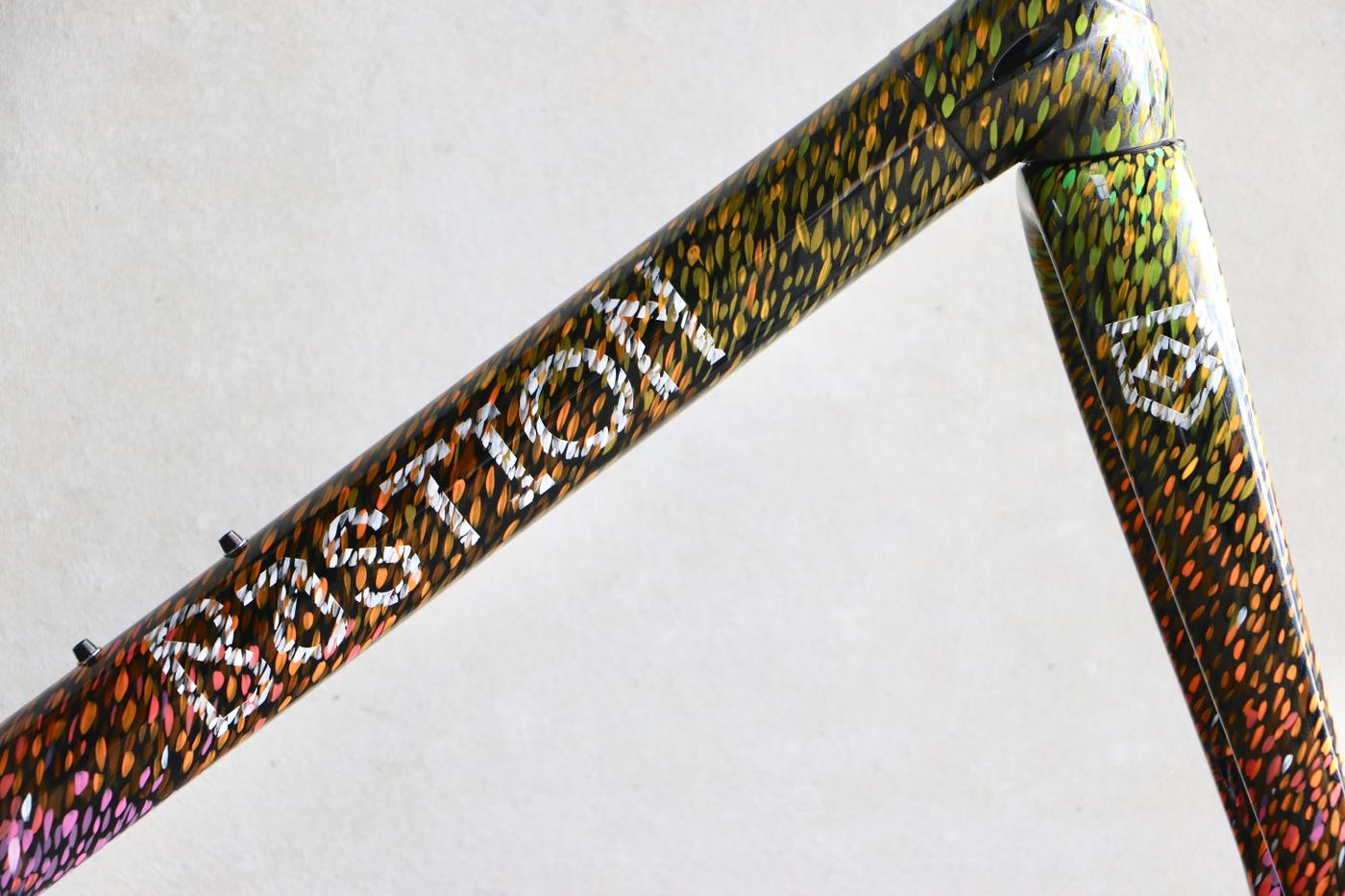 This is Ronald’s 2nd Bastion. He already owns a Bastion Demon Limited edition, The Netherlands Commission which was previously one of the most customized bikes we have built to date. For this bike, he was no less keen to turn it into a rolling work of art. 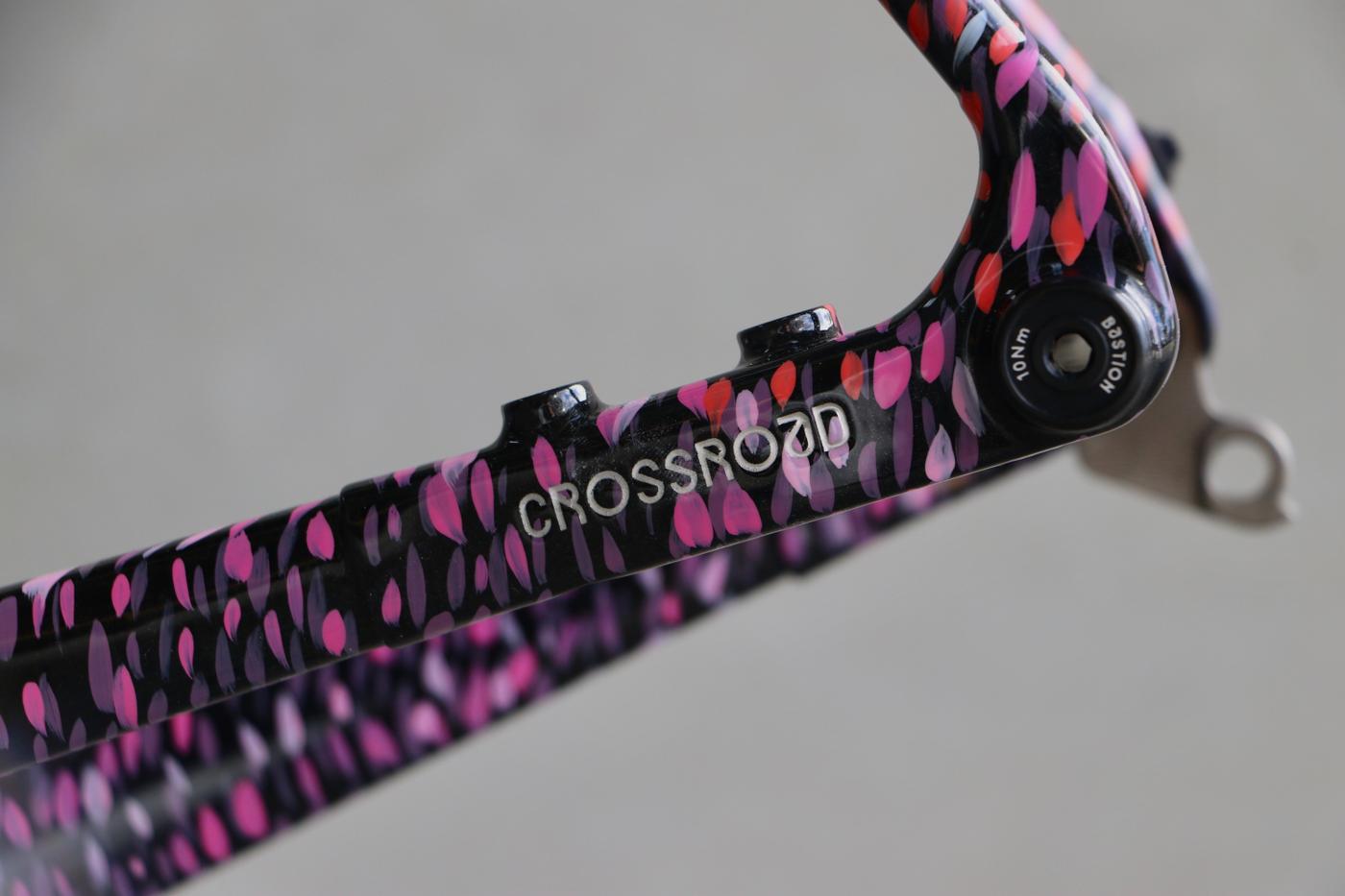 From the owner Ronald:

“I wanted a bike I am able to ride on any surface at any time of year. Because “cross” is in its name I was inspired by the specific cross DNA of the bike. In Europe cross bikes are often used in forests and these wooded areas have many faces year-round depending on the season. The colors of the trees, but also the undergrowth and earth itself changes continuously depending on the sun, wind, rain, and temperature. I wanted a bike that blended into its natural surroundings.” 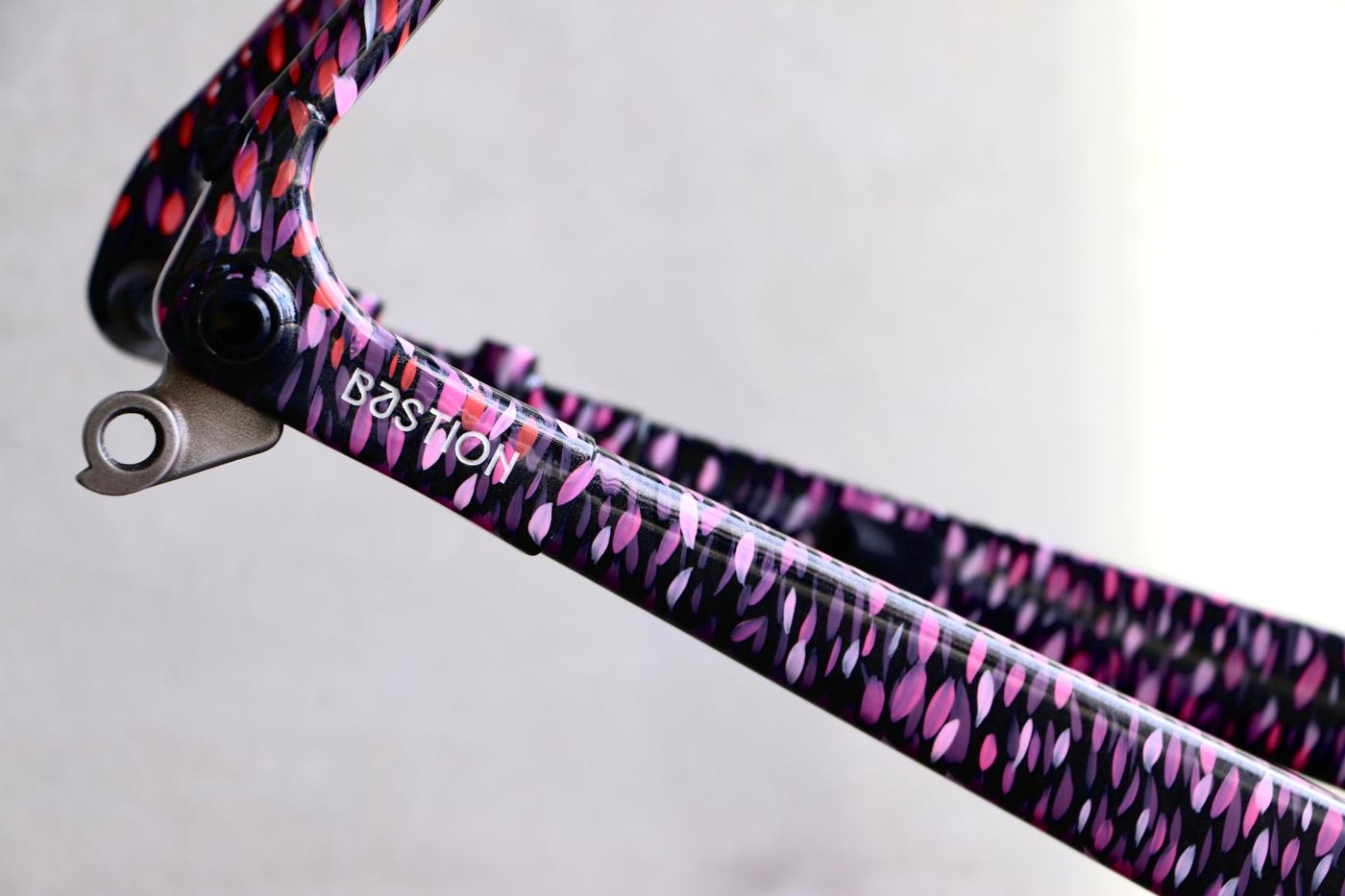 “The guys at Bastion took that concept and brought it to life. I gave them full authority and license to create their own interpretation of my design intent. I wanted them to follow their heart to create a true artwork that represented the artist and that he could be really proud of. The result is a reflection of that. This bike has soul.” 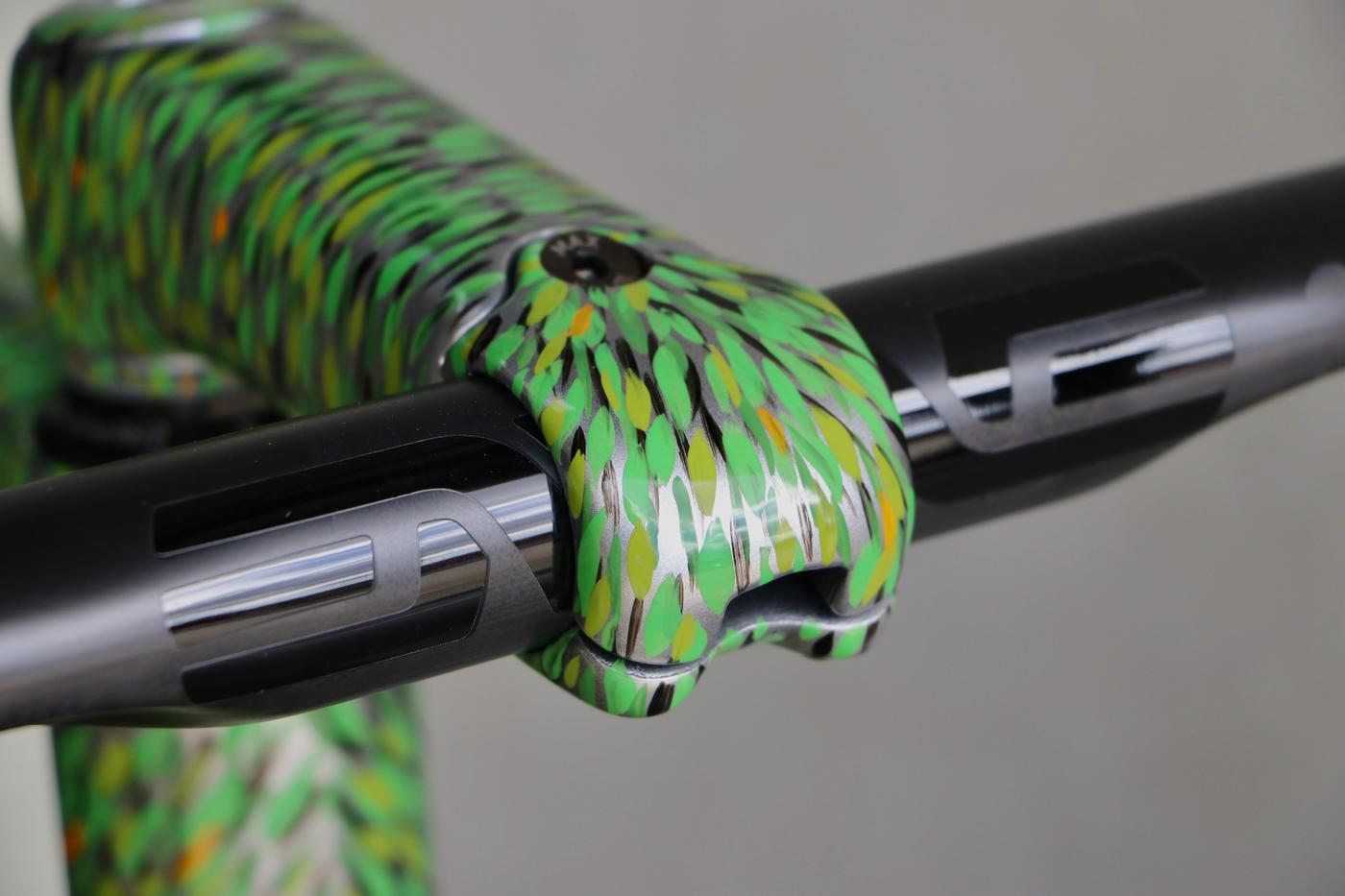 “Just like a real forest the leaves seem alive, blown by the wind in different directions catching different reflections of light. It as though you are seeing a forest from above as the seasons change and there are many different colours from the different trees at the same time.” 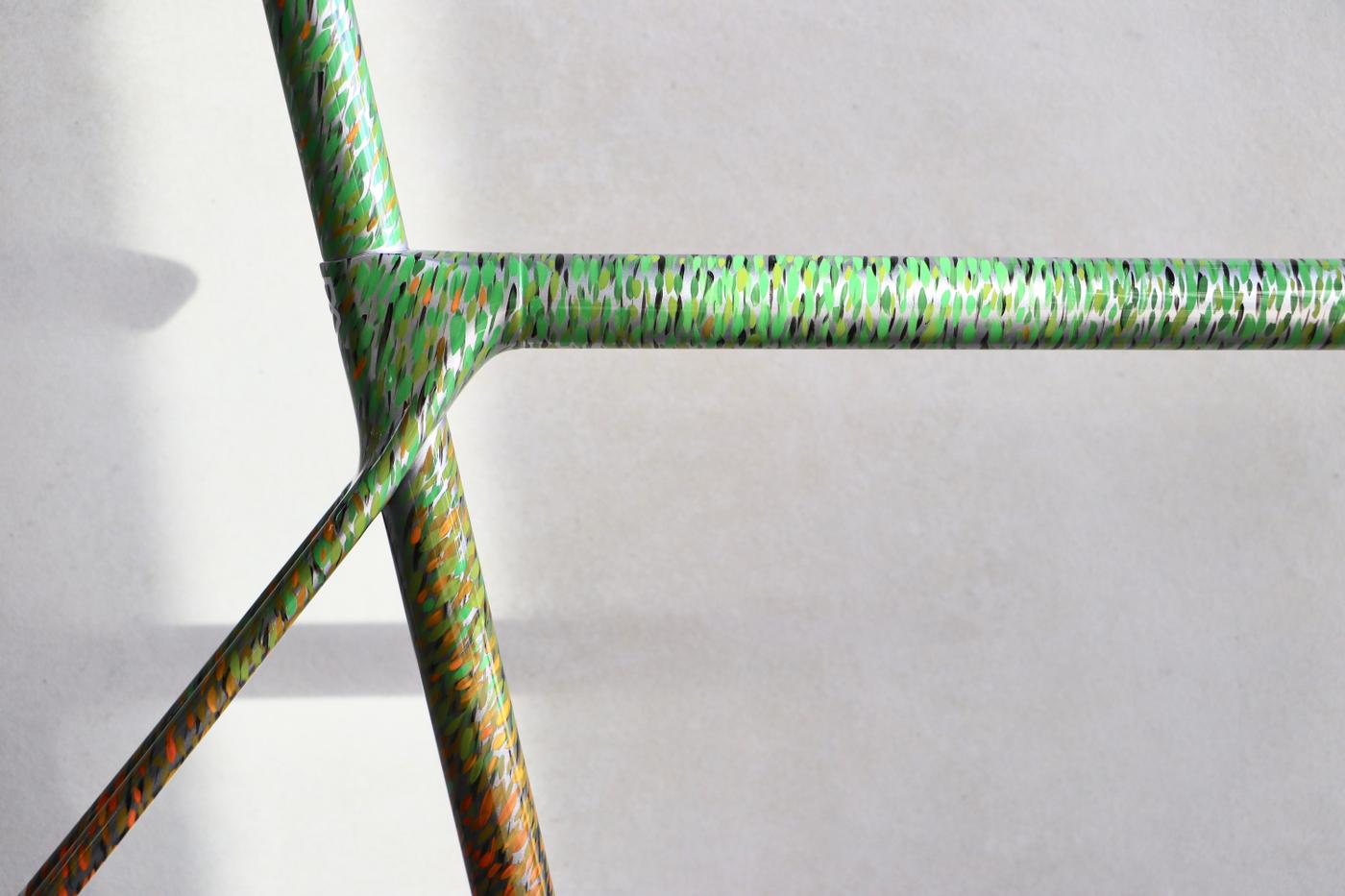 From Charlie the designer:
“When Ronald came to us about designing the scheme for his new Cross Road, he wanted something unique, a real one-off. He had a pretty captivating brief; the paint was to represent the forest and the changing seasons. I was drawn to imagery of the damp but sunny autumn days. The sun can really make the colours stand out against the dark undergrowth and the water reflects the light and gives bright highlights. I wanted the colours to fade through the seasons and through hand painting I feel it gives the scheme life, you can see the tree’s moving in the wind.” 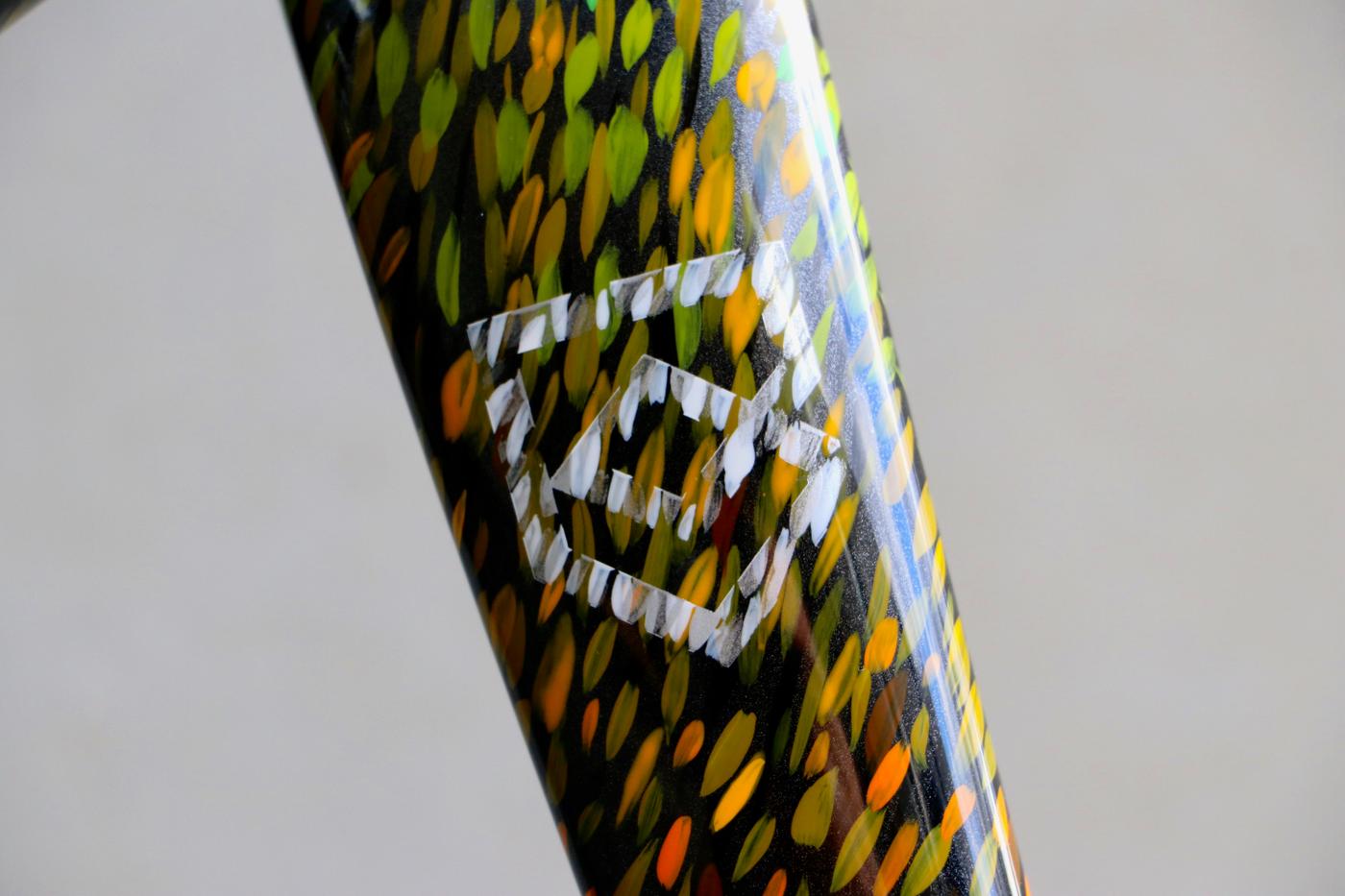 Many thanks to Bastion for pulling this together. Make sure to give them a follow on Instagram.