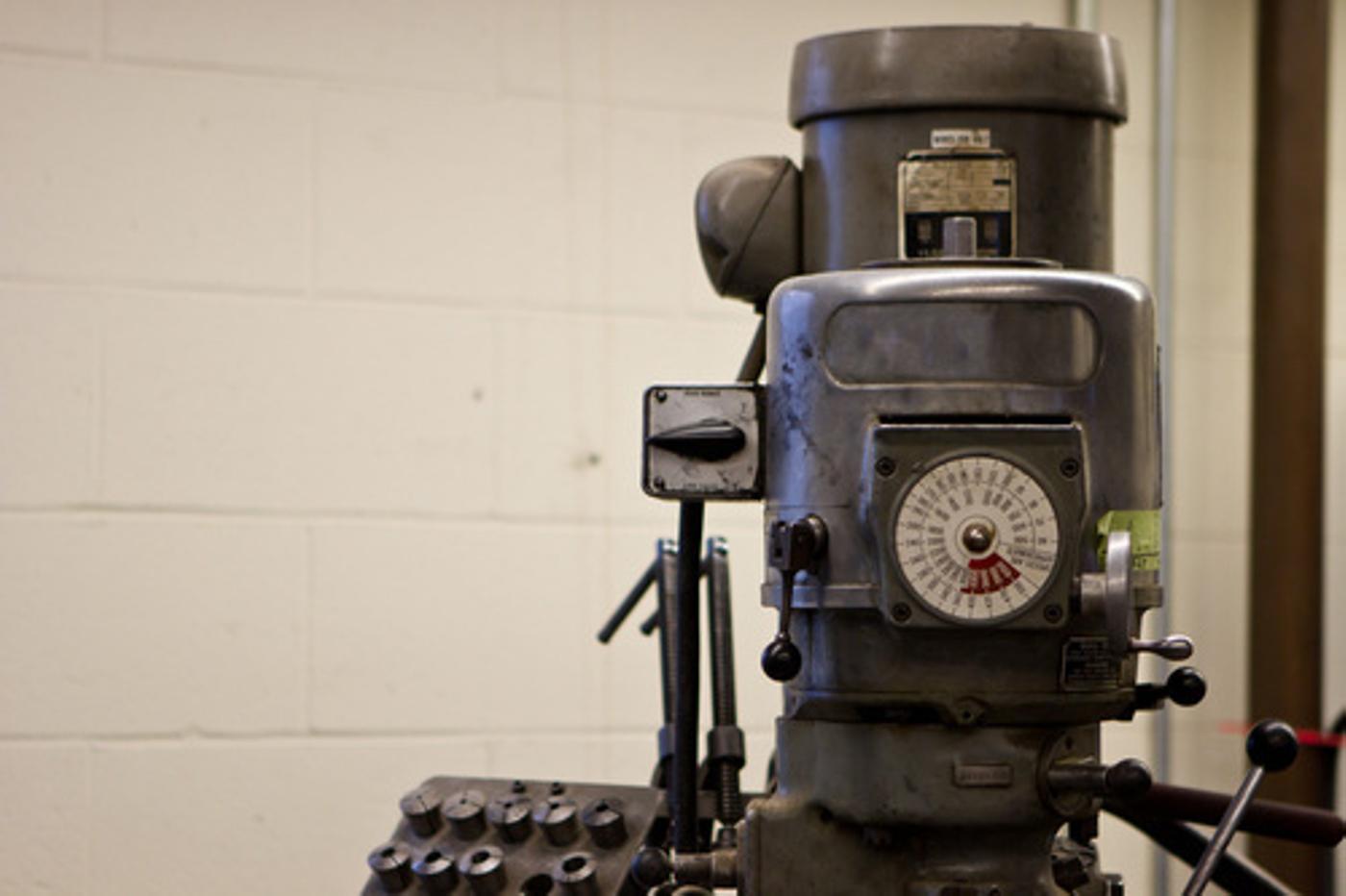 Shop visits. They’re one of my favorite initiatives here on the blog. One of the many reasons I agreed to take on the Toyota Prius Projects offer to document their concept bike was the chance to visit Parlee Cycles. Bob Parlee is a true icon of the cycling world and like all innovators, their roots are embedded in the tactility of creating an object or an idea. These motivations drove Bob to begin Parlee Cycles over a decade ago. With his roots in the nautical world, Bob took his knowledge of monocoque construction to the cycling world. But that doesn’t mean the remnants of the bicycle’s roots aren’t still floating around the shop. If you’ve been following this blog for any amount of time, you’ll know my love for machinery. There’s something about walking into a machine shop that makes me want to photograph all the old mills and shards of metal and even though Parlee is invested heavily into the carbon fiber market, these remnants are still in the shop. Let’s take a trip back to the 1990’s. Despite the success and innovation that carbon fiber played in the automotive and aerospace markets, the cycling industry turned its cheek on this material as a potential for cycling applications. Remember, everyone back then was on either aluminum or titanium in the racing world. Carbon fiber had yet to make the transition to the consumer market and yet, today, it’s the standard for any serious racer. Why is that exactly? It’s lightweight, aerodynamic, stiff and seamless. Bob noted this and began to make bicycles under the Parlee name over a decade ago because he saw a need for this cross-over. But there’s more to it than that. The potential for carbon fiber has only been unlocked in recent years. The look and feel of carbon fiber is unlike any material. So why cover the reflective and refractive material in paint? While the Toyota Prius is a car that is streamlined and futuristic, you’ll rarely see a car in a raw finish. But a bike, especially a carbon fiber bike, just looks so sexy as it displays the finely woven fabric and any augmentation to the frame needs to be expressed, not hidden. 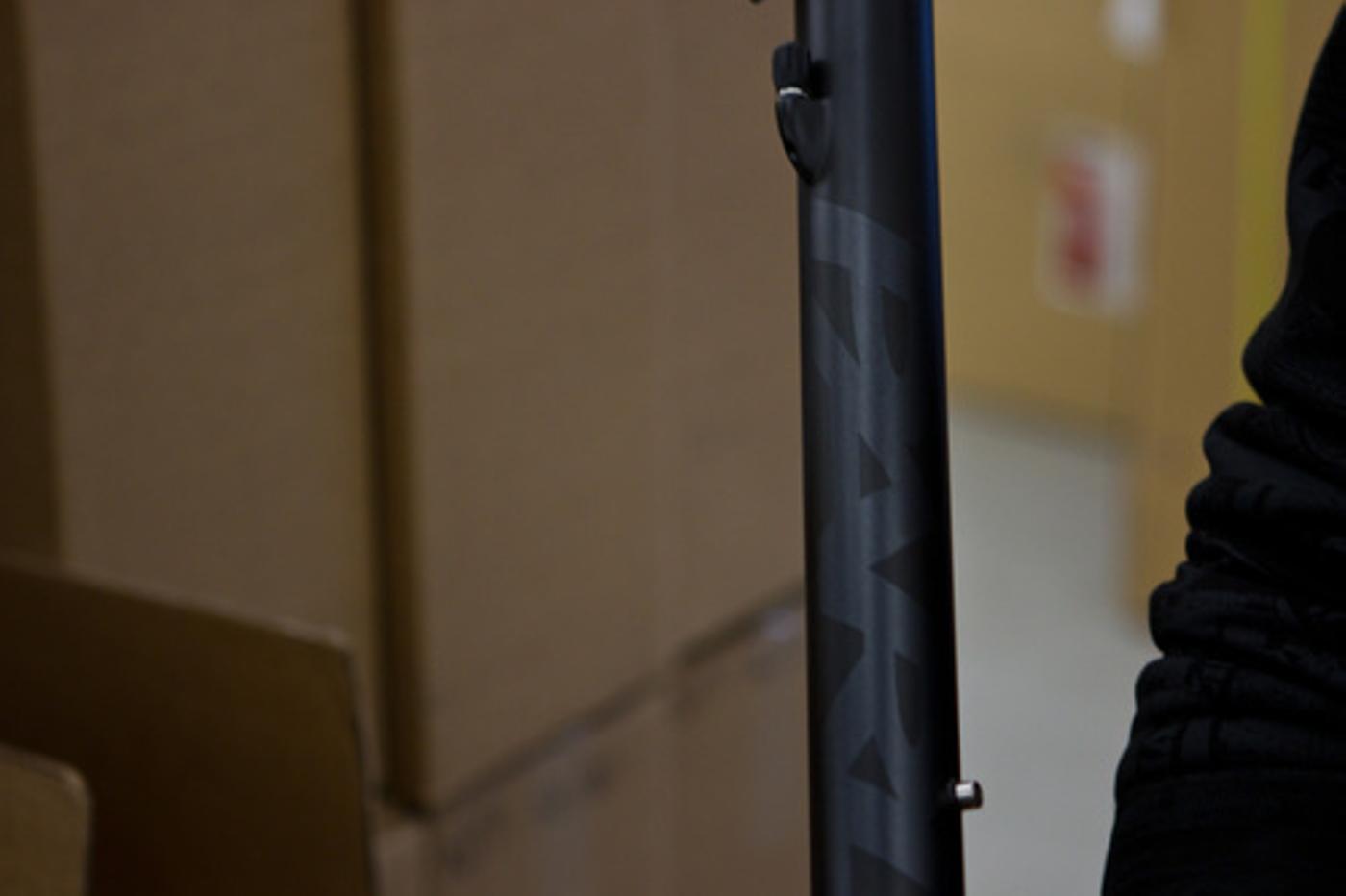 That’s where Parlee’s signature wax-coat comes into play. It’s lightweight, beautiful as all and the stealth-like appearance of the frame hearkens back to the material’s roots as a truly innovative material used in automotive and aeronautic design. But the material has its limitations. Drilling holes through it is still a risky task, causing a ripple effect through the structural skin: every penetration has to be accounted for. So what about those pesky cables and bosses? What if the bike could be wireless? That’s where innovation comes back into play. This bike looks to mimic the same innovative thinking that went into the Prius, a car designed for efficiency. Despite its rounded looks, the Prius is actually even more aerodynamic than a Lamborghini. Bold design proved itself effective. The Toyota Prius Projects concept bike is just that: innovation and in the forthcoming weeks, you’ll see how the same bold ideologies that prompted Bob Parlee to create his brand identity will influence the design of the Toyota Prius Projects concept bike.

The automotive industry and the cycling industry could potentially change the way the world moves. Why not explore those possibilities and have a little fun doing so!

Think and it shall be done.