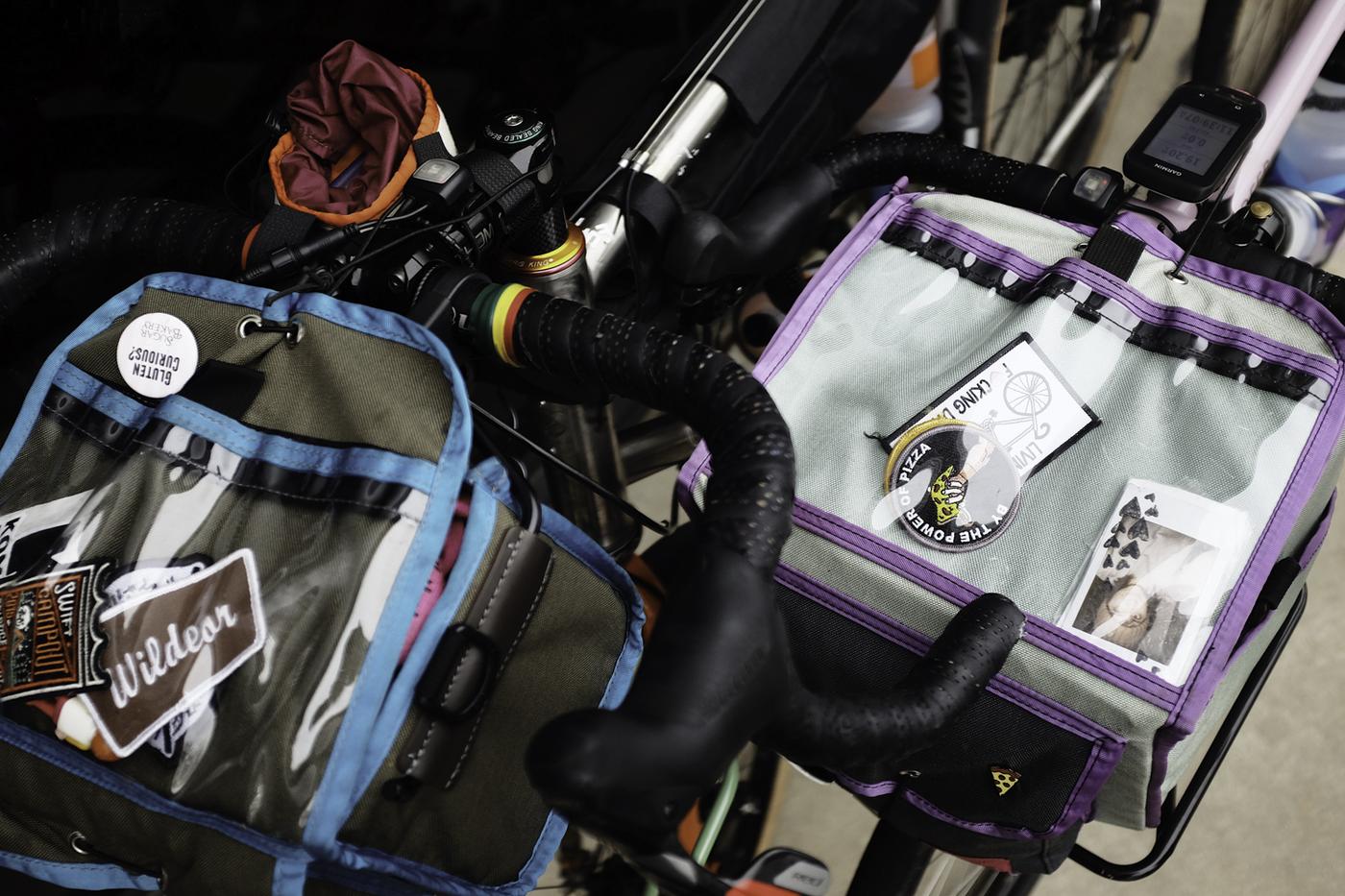 The Cascadia crew landed at 5:17 am in Austin. The bikes had been received and lovingly built up by the folks at East Side Pedal Pushers a few days earlier. Some naps were snuck, while the bikes were triple checked and everything was prepared for the first day of Super Stoke Weekend. That day we would ride from Austin to Fredericksburg. Within mere hours of stepping off the plane, our new friends were pedaling up the long slog of Southwest Parkway to get out of town and into the picturesque rollers of the Hill Country. Punctuated by gas station pizza stops, impromptu cross fit workouts, and a couple minor shakedown mechanicals, the 87-ish miles of rolling hills and stellar views were thoroughly enjoyable. Once in Fredericksburg, after setting up camp, we were warmly welcomed by our generous hosts with steaming pots of chili and luscious heaps of jalapeno cornbread. 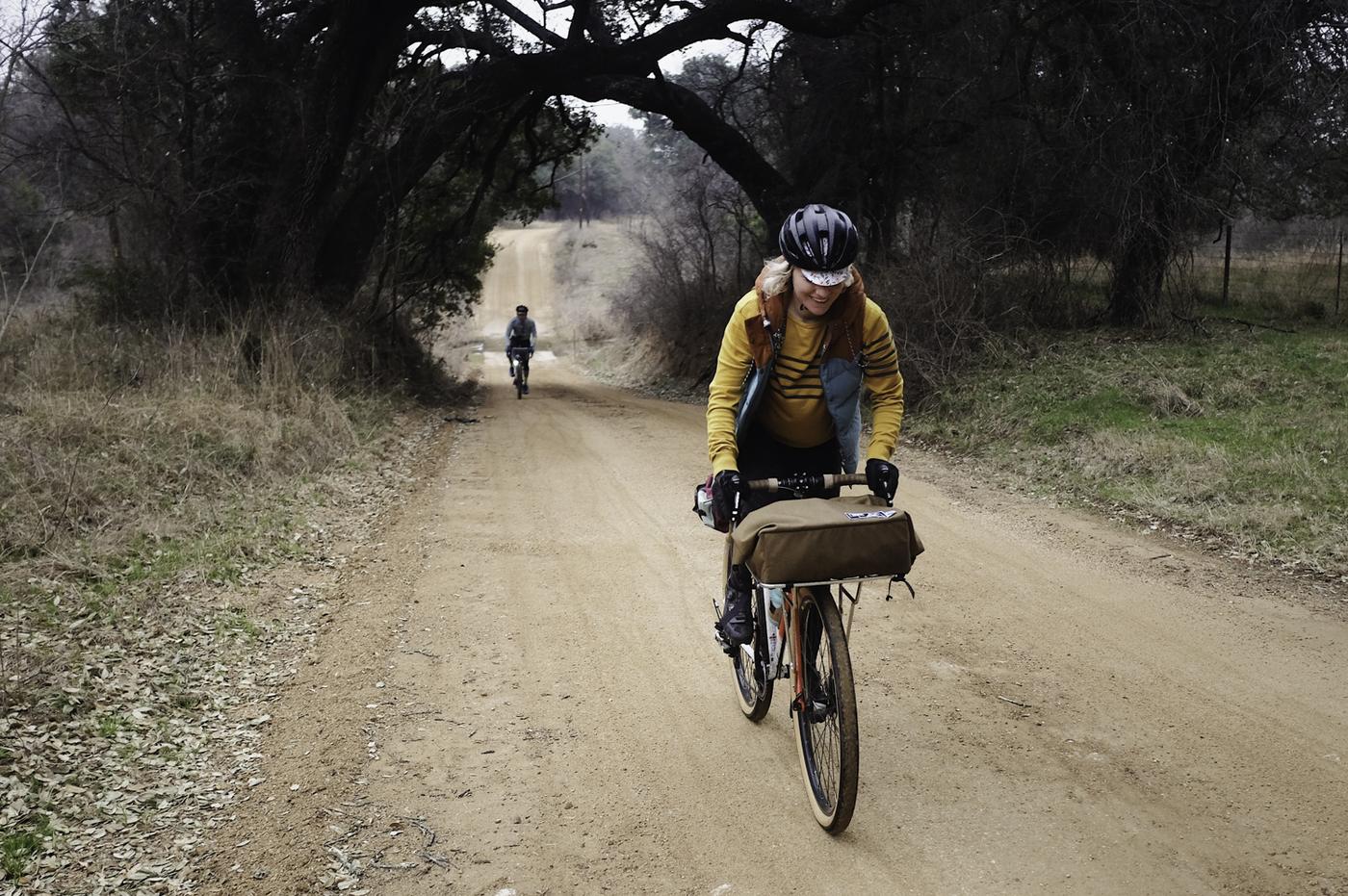 Day two was to bring nearly 110 miles of mostly dirt roads, with our finishing stretch being the famous Willow City Loop. We woke up to the roads being covered by a damp, heavy fog, and a light drizzle covered our gear for the first few hours. By noon, we had lost count of how many water crossings we covered before we hit the highlight of the ride. A freshly graded sandy creek road had us surfing down dirt descents littered with chunky gravel remnants, where more than a few of us lost traction and ended up making dirt angels in the fluffy brown pow. At dusk, we rolled into Harry’s in waves. Harry’s is the only real resupply point of any kind on the entire route, and it is an absolute gem. We sipped on Shiners and Lone Stars and warmed our hands by the wood-burning stove, exchanging some of the afternoon’s many entertaining tales. Our eyes played tricks on us as we hammered out the last 15 miles to camp in near total misty darkness, able to see only a few yards ahead of us before our lights disappeared into the thick fog. Once to camp, we loaded up a few cars and made our way into Fredericksburg for a hard-earned dinner of enchiladas, tacos, margaritas and many baskets of chips and salsa. When we returned to camp, a few stayed circled around the fire until the wee hours of the morning while the rest of our crew retired to their tents for a much-needed rest. 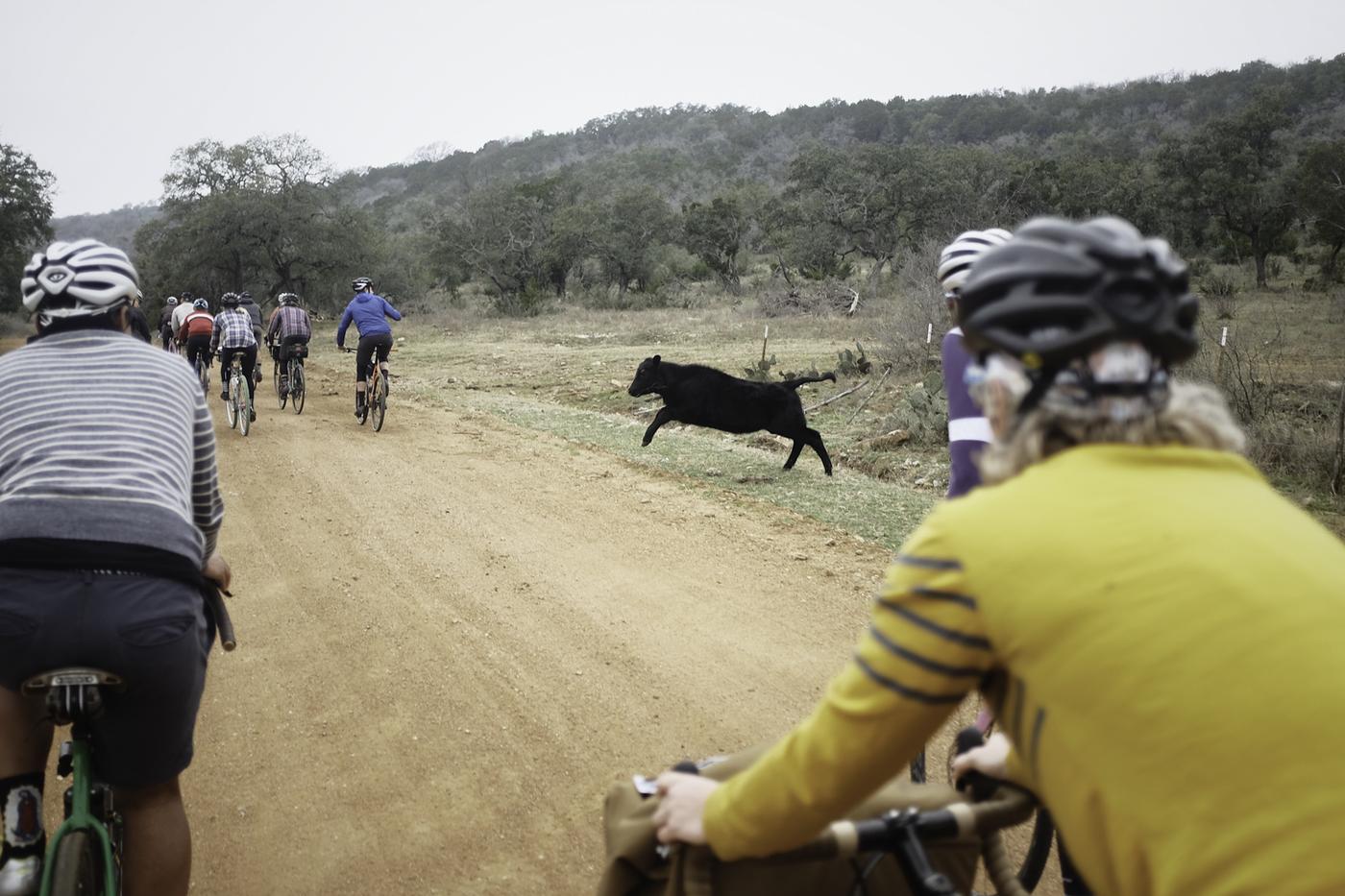 The next morning started slow as we took our time making coffee and fueling up for the ride home. With the stoke levels at critical mass, we rolled out with a relaxed pace and even found a few shred portals along the route. In keeping with the casual spirit of the day, a quick polling of the group resulted in an unplanned stop at Jester King Brewery for a tasty sip or twelve. This was a dangerous gambit. The bottle-conditioned goodness was the perfect cherry on top of an amazing weekend of riding with new old friends, though we were still about 25 miles from home and running mostly on sour gummy worms. With the promise of BBQ at Terry Black’s at the end of the ride and a growing sense of hunger, we all lined up in an accidentally well-organized paceline and cruised back to Austin with a generous tailwind at our backs. 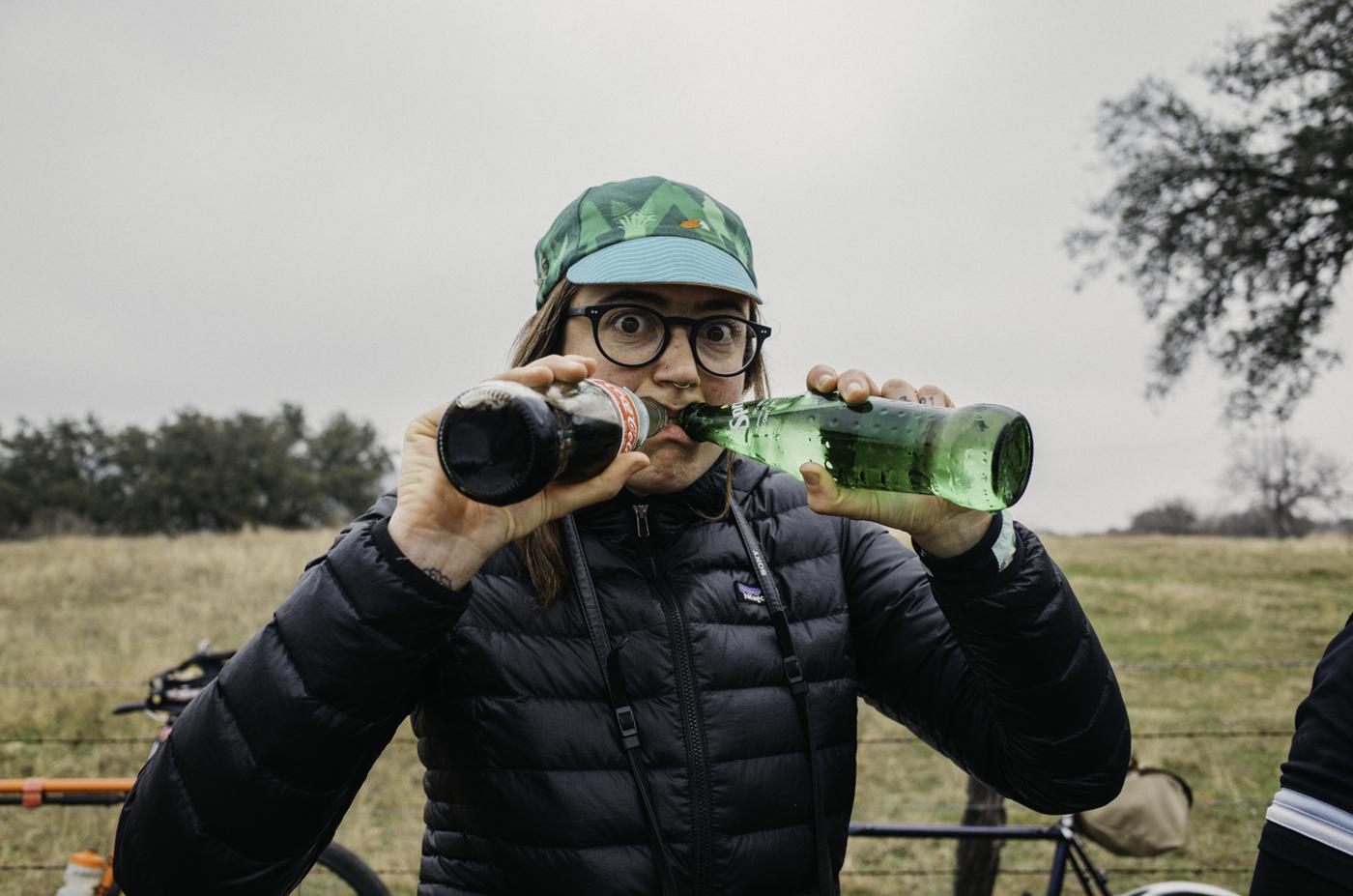 During this Super Stoke Weekend we were rewarded with some of the highest smiles-per-mile averages any of us had ever experienced, and a whole slew of new old friends. There is a certain feeling that seems to come up a lot on bike trips when the folks you’re sharing these miles with beginning to feel like old friends you’ve known your entire life. The simple act of propelling your body across the face of the earth under your own energy seems to tap into a part of the human consciousness that binds you together for the journey with a familiarity usually reserved for our most well-worn friendships, even if that friendship has only just begun. A feeling that, by the end of the weekend, we would all be very well acquainted with.