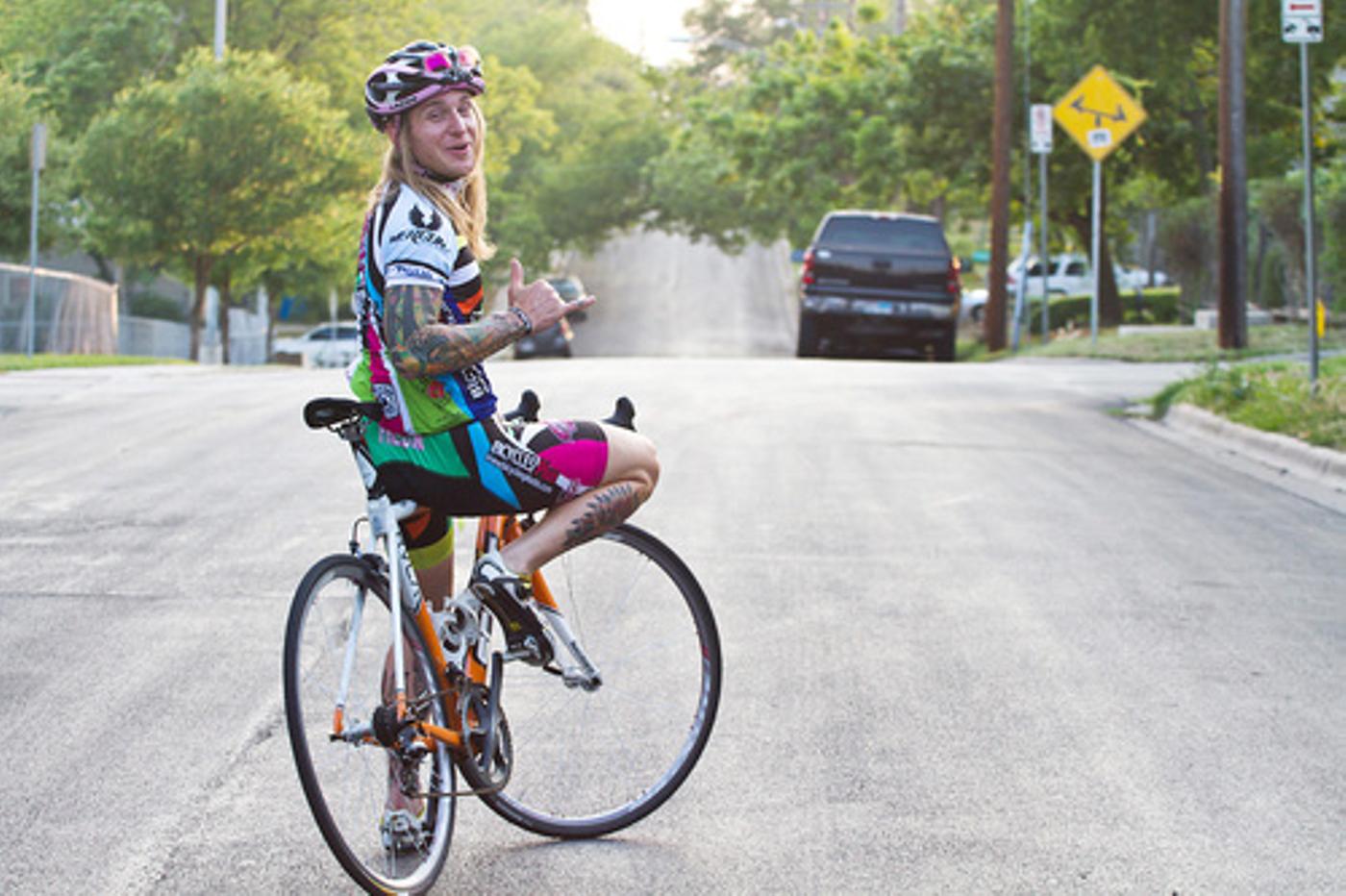 Yesterday I met up with Adam from Team Party Time to shoot photos of their new kit for the 2011 racing season. You might remember their 2010 kits. This year’s kits are out of control, just like Adam, who’s earned the nickname “the Spicoli of the Texas cycling world”. We’ve all seen Fast Times at Ridgemont High so I hope I don’t need to give you a background on that reference.

Check out more photos of the 2011 Team Party Time kit below. Usually when I set up a meeting with someone, I wonder if I’ll be able to pick them out from the crowd. Well, that wasn’t an issue here. Team Party Time is all about the American dream and FREEDOM. Adam’s currently sandbagging it in the 4’s and if he can make it to a race not hungover, maybe he’ll upgrade to the 3’s come the summer racing series. Until then, there’s nothing wrong with looking good while you’re out in the pack. Or training after work. The Team Party Time guys are always down for a fun time. Ladies, if you see Adam out and about on the East Side of Austin, remember that he’s probably got training and racing to do but that doesn’t mean he won’t take a pint and a slap on the ass!

Adam, it was great meeting you. Have fun riding and have a good trip back to Dallas this week! Check out more outrageousness and spandex at my Flickr.