Birds, whales, pronghorn, and butterflies, among other animals, all have migration patterns. They spend their summers in warmer climates, but once the mercury beings to drop, they head south in hopes of finding warmer temperatures. I don’t blame them one bit for avoiding the cold. As a Colorado resident, I tire rather quickly of snow and spending more than fifteen minutes getting dressed to go on a ride. Shoe covers, while invaluable in the winter, are loathsome to put on over cleats. I’m not alone in winter weather exhaustion. Every year, beginning in January, there is a cyclist migration to Tucson, AZ. (The other, more expensive option, is Southern California) The off-season is over, actual training rides need to begin, the fun of snow has melted away, and trainer sessions are virtually intolerable, pun intended. In years past, I’ve always known Tucson to be only okay for road riding. The roads are beaten to hell because of the freeze/thaw cycles of the desert. Riding up Lemmon, getting dropped on the infamous Shoot Out group ride, or doing an easy spin on the bike path is the extent of my Tucson road riding route knowledge. In 2020, during my yearly pilgrimage to Tucson, I decided to bring my gravel bike, a Cervelo Aspero, instead of my road bike. I quickly realized that the gravel bike is, indeed, the better choice. The gravel bike opens up a whole host of routes. I was able to ride Reddington Road, Mt. Hopkins, and OHV roads in Patagonia and the Santa Rita mountains. To be clear, my style of riding is still very roadie-centric – ie. not a ton of long stops, full lycra, S-Works MTB shoes, and you know, all on a carbon bike. But that doesn’t mean I don’t enjoy off-road adventure rides that require some bigger tires. This brings me to my January 2022 visit to Arizona. I was there for five days to soak in the warm weather and ride gravel with a few friends. Two of my rides were based out of the historic Empire Ranch in the Las Cienegas National Conservation Area (LCNCA). Although these rides used some of the same roads, they couldn’t have been more different. The first was a group of six women, all top gravel and mountain bike racers getting in their big base miles. 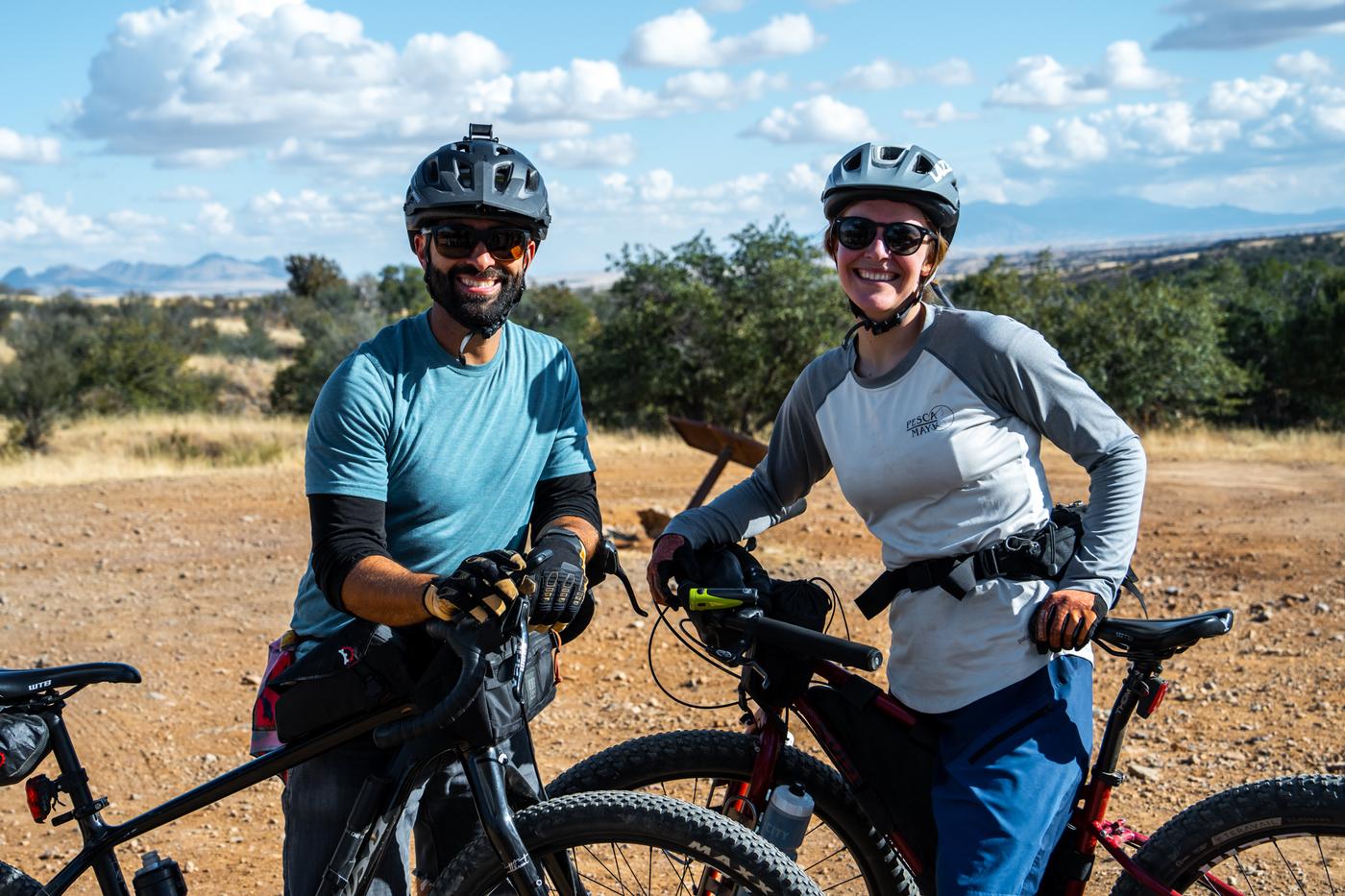 The ride was fast, fun, full of lycra and carbon bikes, and contained a few short stops. I love these fast-paced, high-energy rides. It was inspiring to see so many strong women riding together. In the world of individual competitive sports, finding supportive training partners, who you might also be competing against at a later date, can be tricky. No one wants a training partner who half wheels you for four hours. There was none of that to be found on our ride in the Santa Ritas that day. I finished the ride feeling just a twinge of lactic acid building in my off-season leg muscles. Four days later, I found myself making the drive back to Empire Ranch for a totally different kind of ride, one of Sarah Swallow’s winter ride series. Leading up to the Ruta del Jefe ride event in early March, Sarah is hosting group rides every other Sunday in southeastern Arizona. The Sky Islands Adventure Ride Series is geared towards riders looking for base mile motivation, opportunities to meet like-minded riders, to gain experience in self-supported riding, or familiarize themselves with the region and terrain. This week’s route – The Santa Rita East Adventure – was described as having lots of “wooden rollercoaster” terrain and that we would be stopping to take photos, enjoy vistas, and eat. A social ride meant to foster community and appreciation for the land that we were traveling through. A far cry from the training ride I was on just a few days prior. The tight cycling kits were traded in for comfortable jorts, flannels, and Topo Designs apparel. It was a steller-looking crew. I, of course, arrived with my carbon bike and tight clothes, because of the person that I am. My bar bag was a small accouterment compared to some of the bags that adorned the mostly steel or titanium bikes on the ride. The route itself was incredibly enjoyable. Just enough rough and technical terrain to get a little rowdy. Steep rocky climbs and descents that make you tip over or scooch back behind your saddle just a little bit more. And the vistas? Plenty of those to stop and look out over while we caught our breath. The group that joined on this ride was fantastic and made the experience even richer. I was able to meet, chat with, and learn about new people. And, when he wasn’t billy-goating all over the route amassing this accompanying photoset, I even got to spend some time with my new-ish colleague, Josh. The differences in skills, bikes, and gear was a topic of conversation and hilarity. This ride was the perfect last day of my time in Arizona. What better place to spend four hours with new friends? 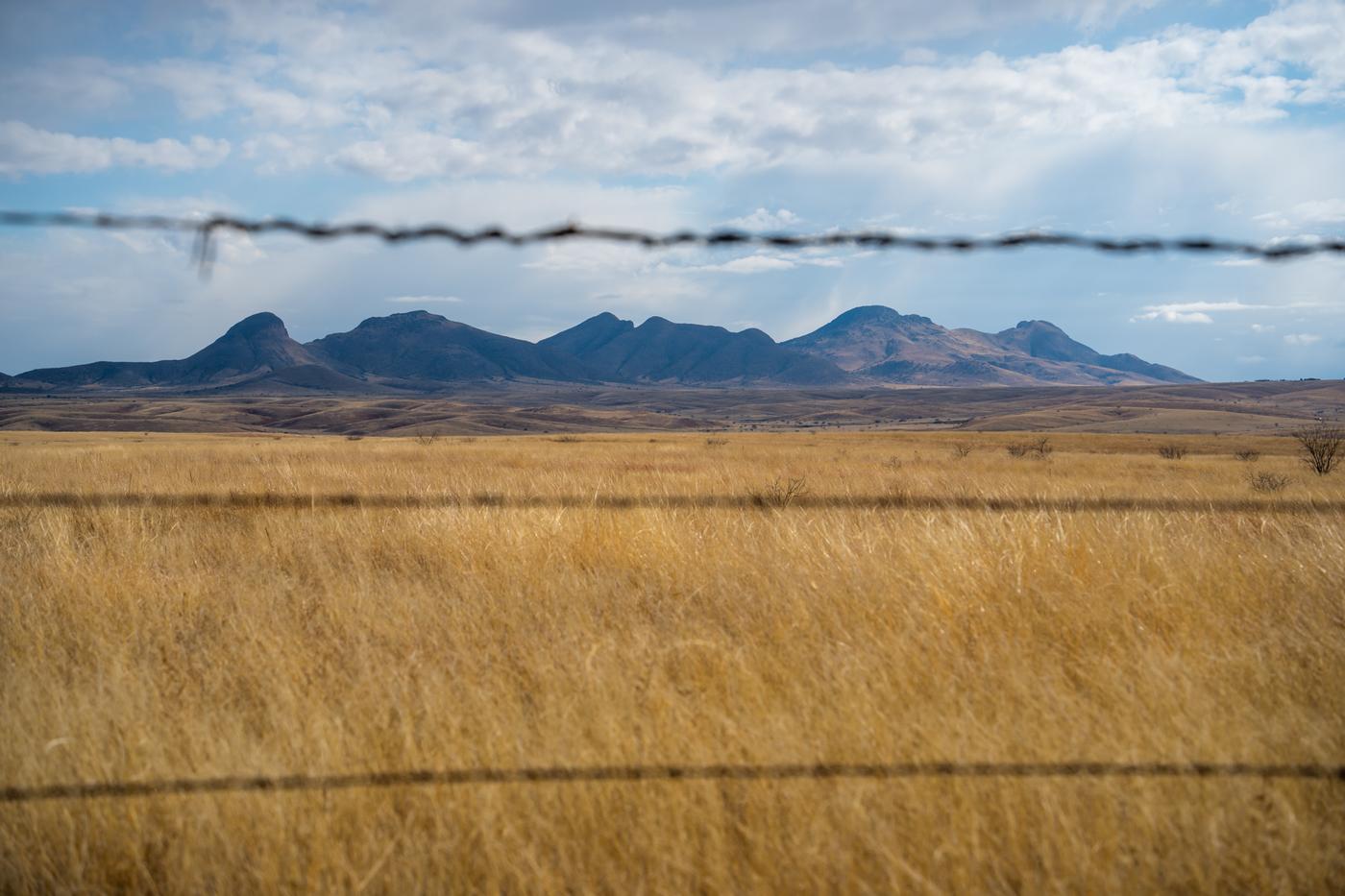 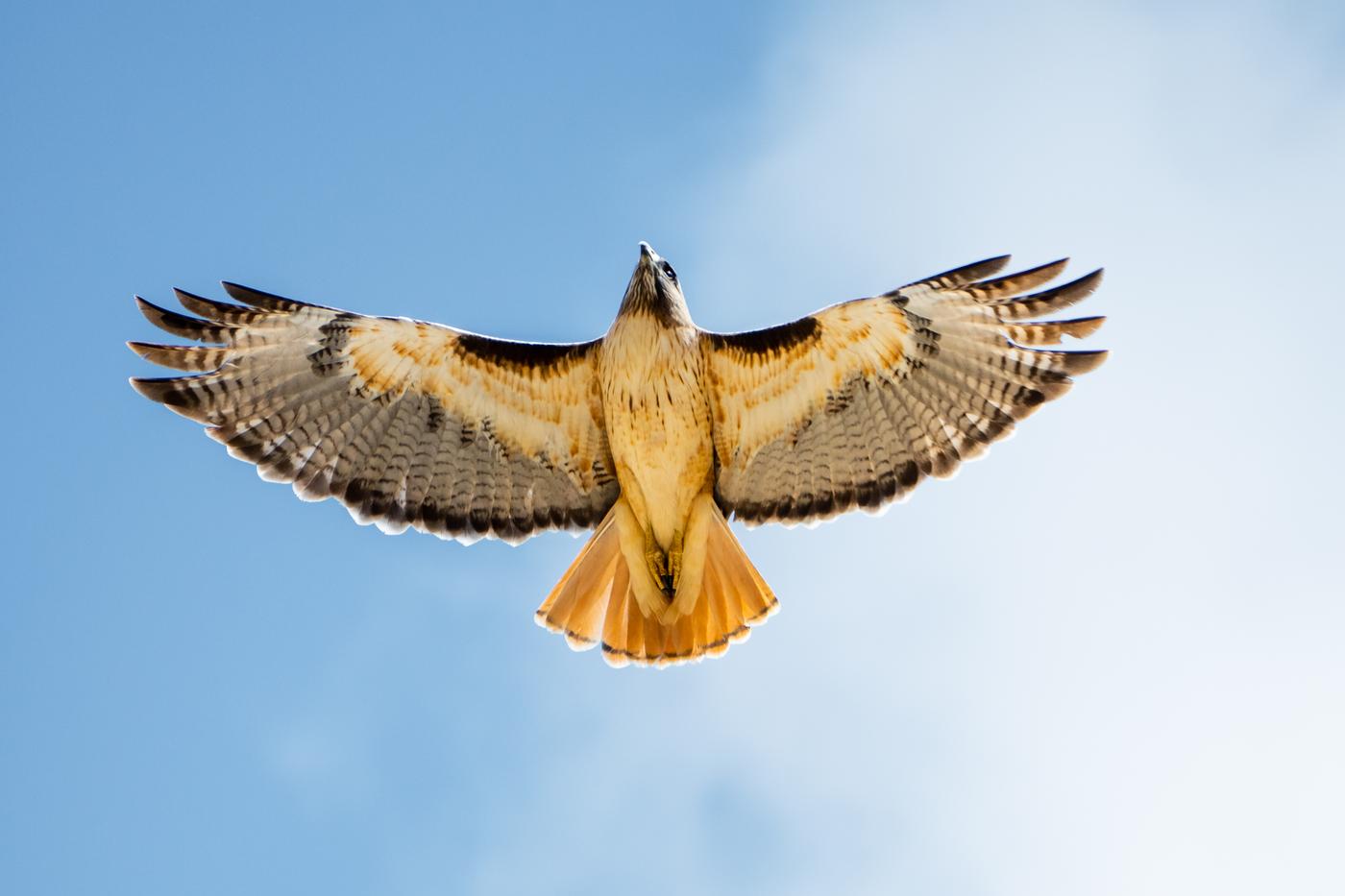 I point out the differences between my two rides, not to say one was better than the other or that one group was more accepting, but to highlight that we, as cyclists, can experience a place in so many different ways. I enjoyed the people and environment on both occasions. Sometimes I can get so stuck in my own ways, thinking that one very specific way of doing something is the correct, purest or the right way to enjoy something. But that’s awfully short-sighted. Capital F fun doesn’t have a single definition. It depends so much on who we’re with, where we’re riding, what we need that day. We can put our heads down and go fast and enjoy every bit of the ride and route. We can also slow down, have a peanut butter and jelly sandwich at the top of a climb, on a steel bike with mechanical shifting, and also enjoy it. This week in Tucson was a good reminder that enjoyment, fun, is an ever-evolving and shifty concept. 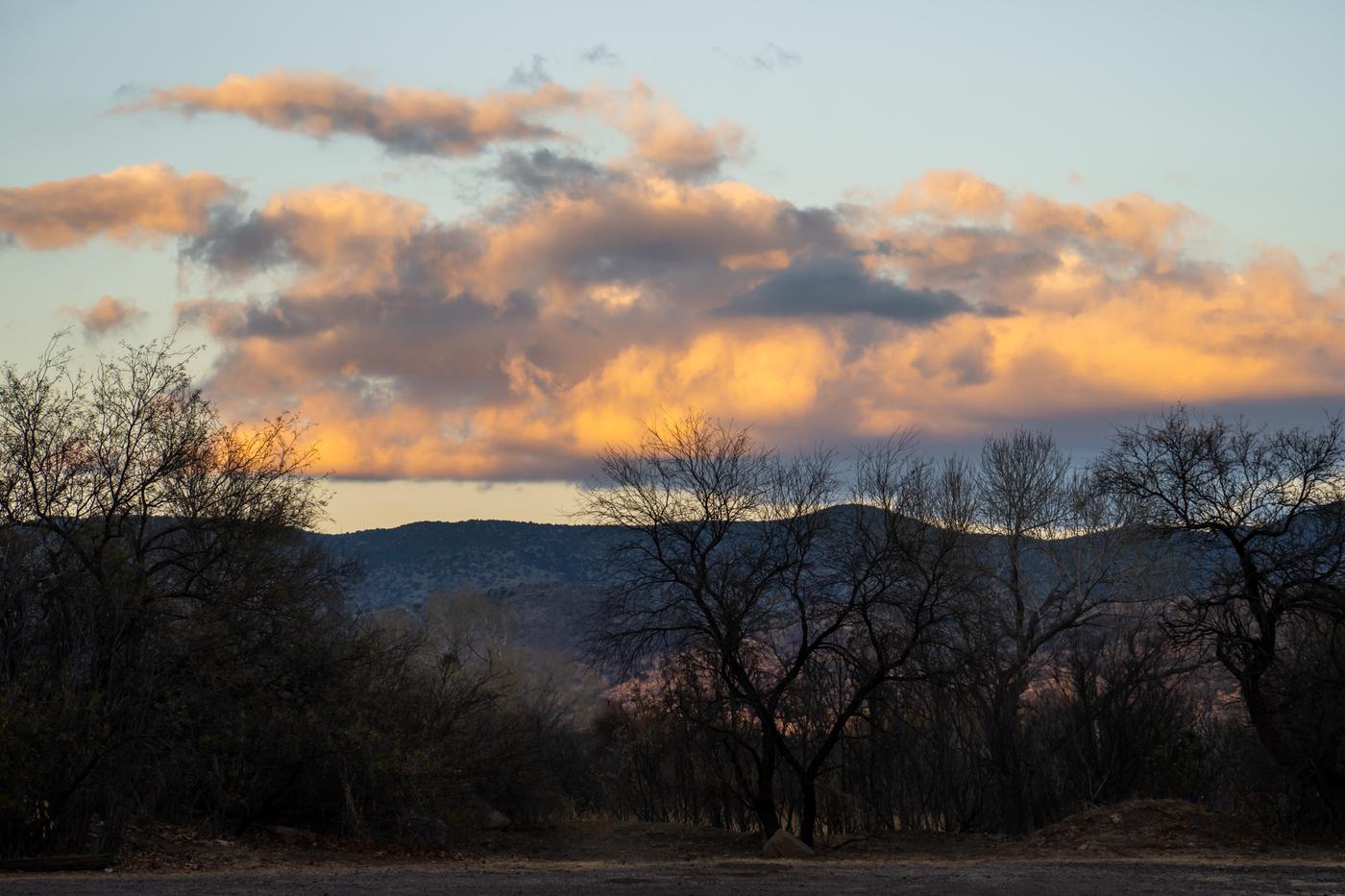 The rides all took place on Tohono O’odham, Yoeme, Opata and Chiricahua Apache lands in the Sky Islands region of the Sonoran Desert.

To learn more about the Sky Islands Adventure Ride Series and/or register for a future ride, click here.