My ride: Niner RLT9 Steel with everything I need for three days of self-supported camping.

These days, I’m spending a lot of time riding and lugging around my DSLR. While I’d much rather do a ride with close friends and leave the camera at home, I couldn’t pass up yet another year of the Blackburn Ranger Camp. Last year’s ride / popsicle hammock experience was too good, so when Robin from Blackburn invited me along for a second time, I accepted the invitation without hesitation, only picking up on keywords: “camping, Big Basin, Redwoods, bourbon, BB guns, beach, Sea Otter, Niner bikes.”

The logistics of my past few weeks went something like this: Giro Grinduro shoot in Sierra Nevada, home for two days, back to Cali for Eroica, ride 130 miles on a 1982 7-speed crit bike, drive immediately to San Jose, arrive at airport hotel at 1am, work for 3 hours, sleep for 3 hours, cab it to the San Jose Airport, pack up my Niner RLT9 Steel cross bike with three day’s supplies, clear CF cards, and commence the herding of cats…

WARNING! This is going to make you HATE that today is Monday. 100 images await you…

The gist of our trip would be to introduce the Rangers to the Blackburn line through what was essentially an easy pedal through some iconic roads in and around Santa Cruz. Some of these rangers would be doing road / offroad touring, others plan to take on the Divide / MTB bikepacking.

Regardless to what each Ranger was planning, they packed their bikes up for what promised to be a 50/50 trip of road to dirt, beginning with Black Rd. outside of San Jose and ending, on day 01 at a campsite near Big Basin. After a dutch oven dinner, we’d partake in a BB gun biathlon, drink bourbon and wine, then stumble into our tents for a chilly evening. 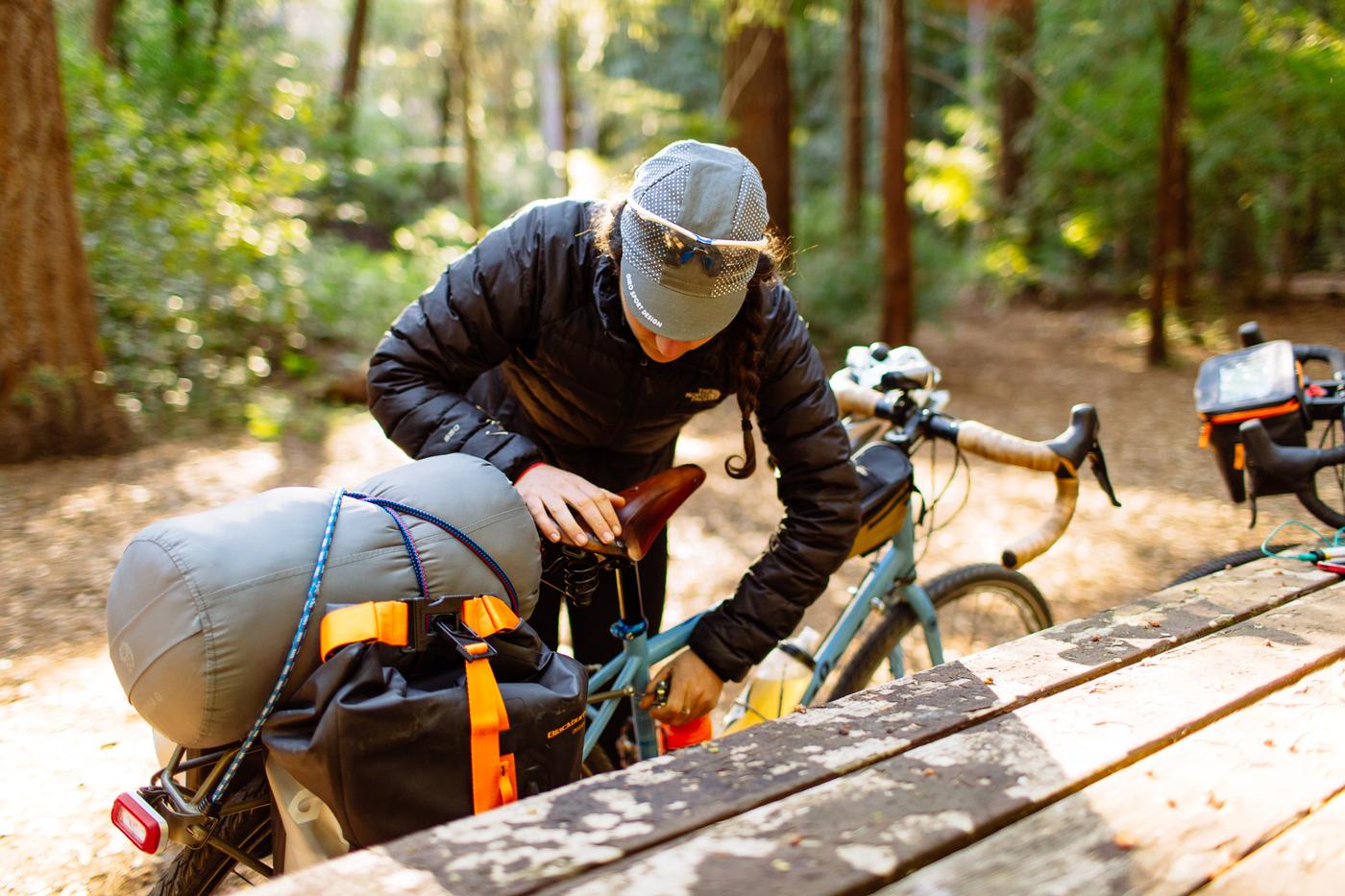 Morning came, as it does and we were quickly awaken by the realization that the shitty road down to the camp would be our first climb of the day. We had a big ride ahead of us, down through Big Basin, up to Gazos Creek, down to the coast and through Santa Cruz to New Brighton State Beach. 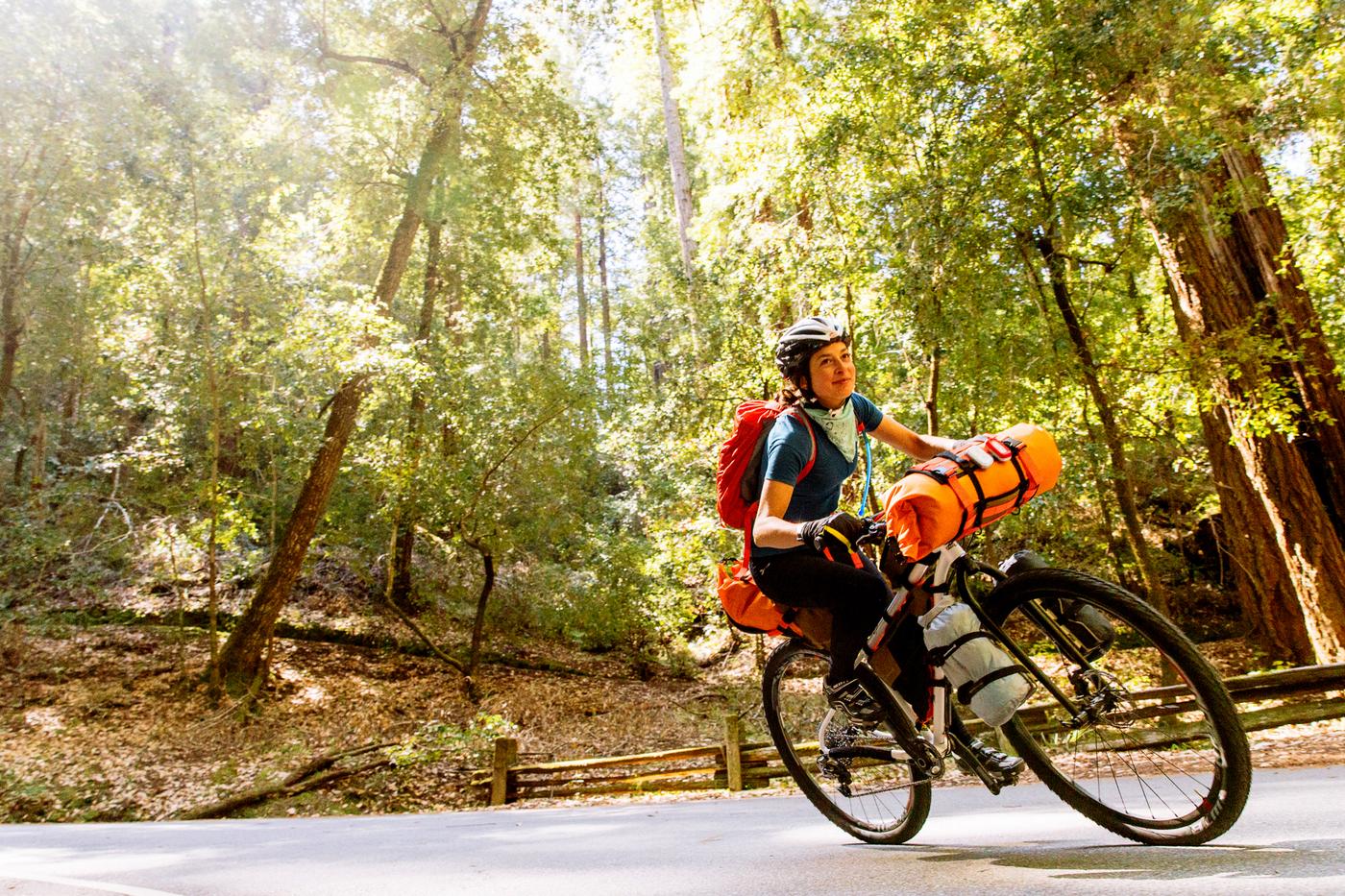 For many of the Rangers, it was their first time on a bike in California, much less in the Redwoods. The day crept and crept along, before heading to the Pie Ranch for lunch. 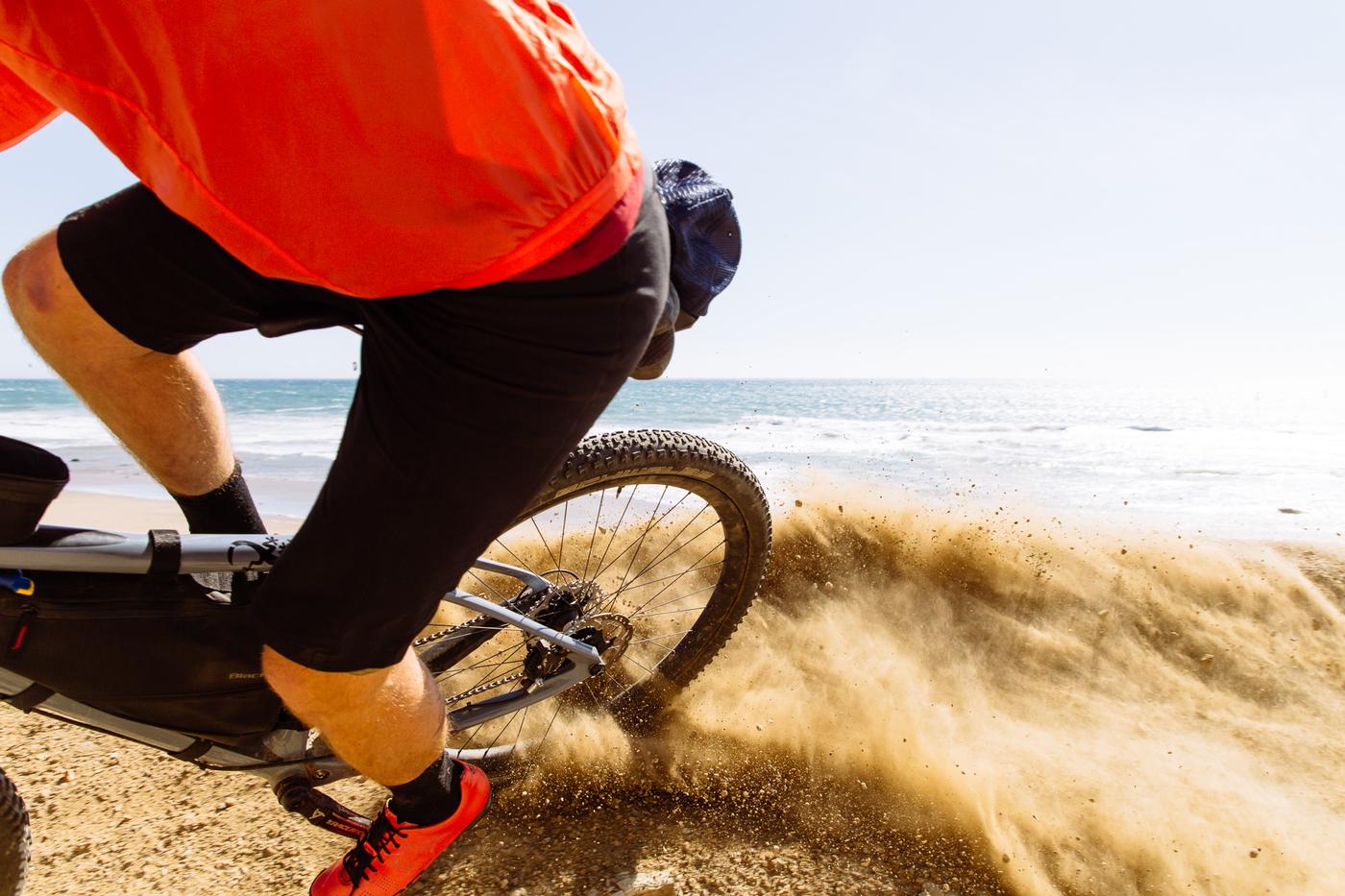 From there, it was nothing but coastal views and surf vibes, with the occasional berm slap until we got to camp in New Brighton. Commence the celebration of camping. That means more booze, more night critters, noisy sleeping pads, snoring, you name it.

Morning came and many of the Rangers took Robin’s offer of free surf lessons at the crack of dawn. For myself, McNally, Matt and Katie, we opted for a few more hours of sleep, #CampCoffee and stories before heading to the beach to watch everyone attempt to ride shin slappers in the frigid water. 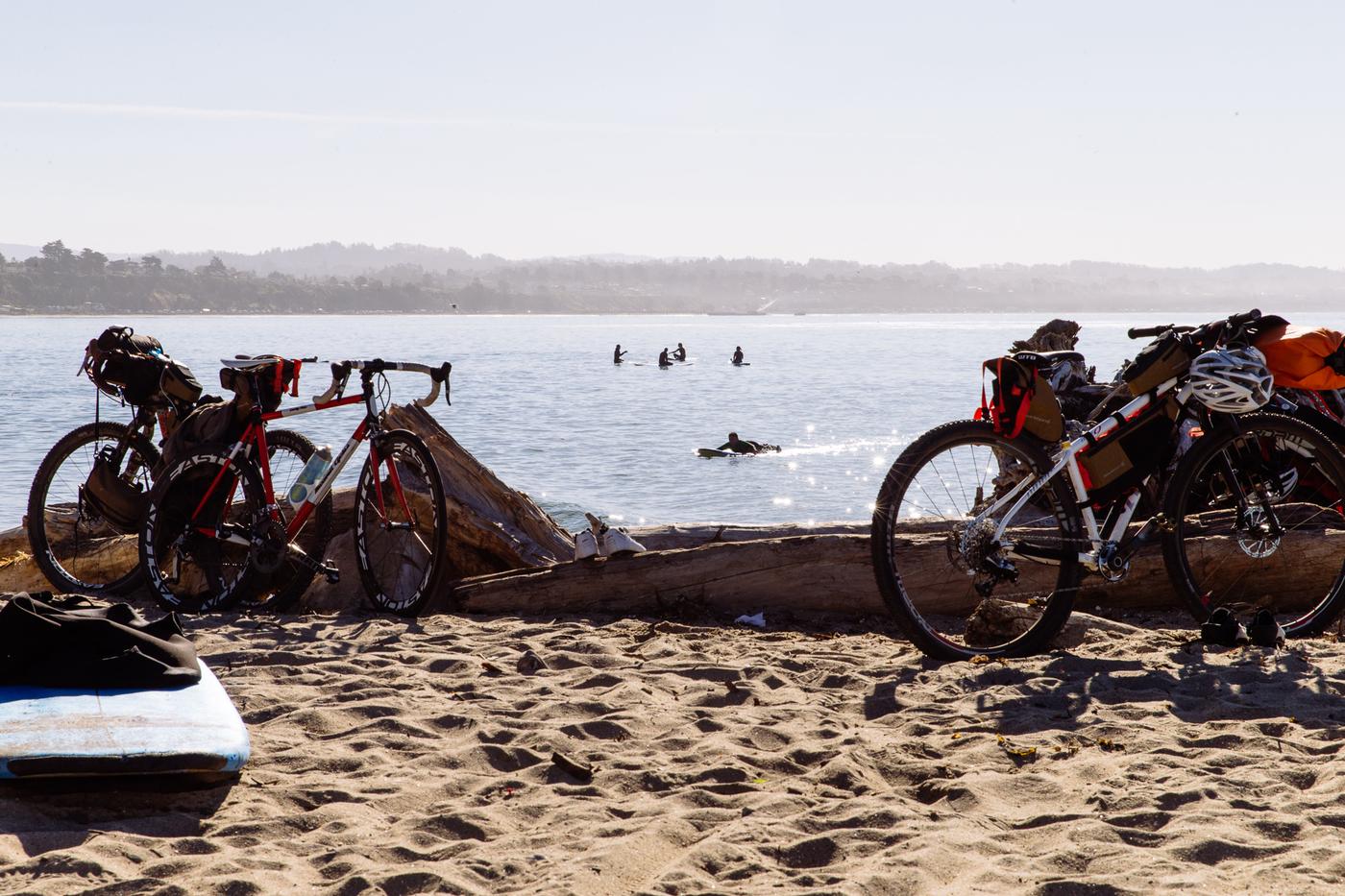 Breakfast came, breakfast went and we were back on the road, into farm country, through Watsonville for tacos and back on the beaten path to Sea Otter in Monterey, California. For those of you who have done the ACA maps for that section of the Pacific Coast, you can attest for how horrible the headwinds are as you zigzag through farm roads before hitting the bike path to town. 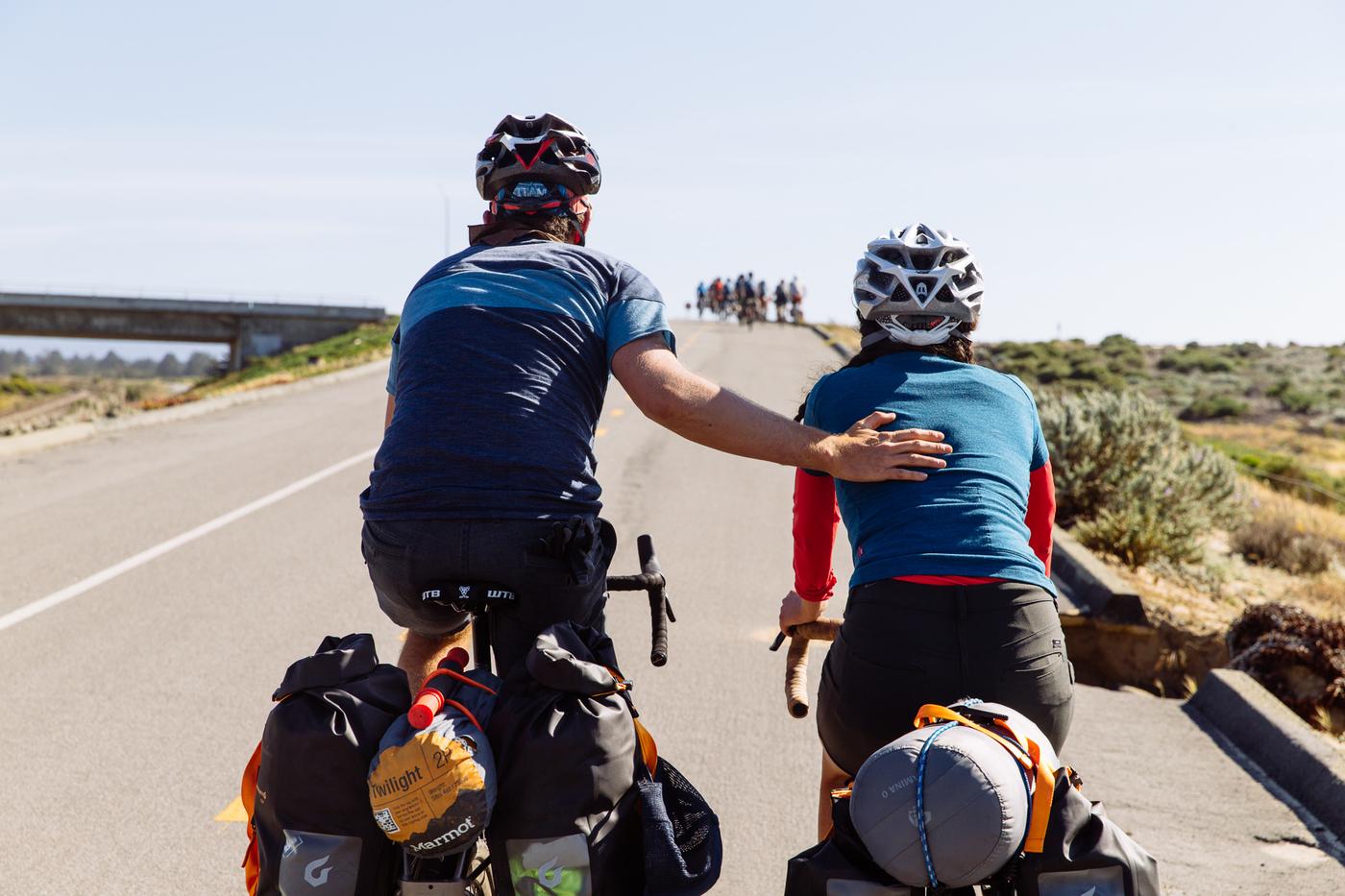 Everyone needed a little encouragement that day. 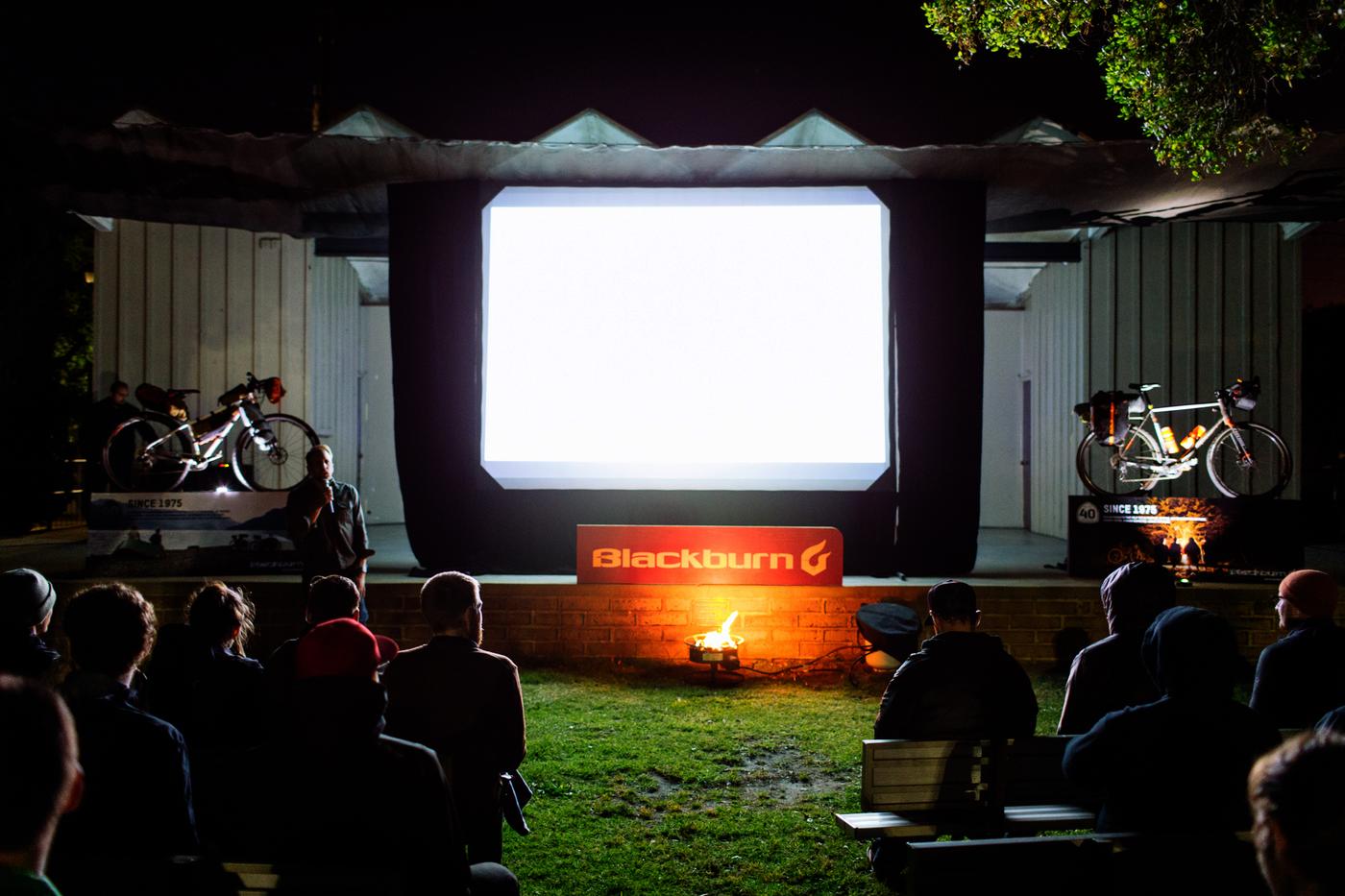 All in all, 20 ish people rode 130ish miles in three days with all but a few flats, one broken chain (TONY!) and no one got lost. Somehow. We all made it to Sea Otter and the premiere of Blackburn’s new video before hitting the rest of my Van Winkle 12 year in the hotel hot tub…

If you feel so inclined to #GetOutThere, then check out our routes (my Garmin went wacky the first two days, so I’ve linked other’s routes):

You could, theoretically, fly into San Jose, do this ride and fly out of Monterey. There are enough distractions along the way, so make it as long or as short as you want!