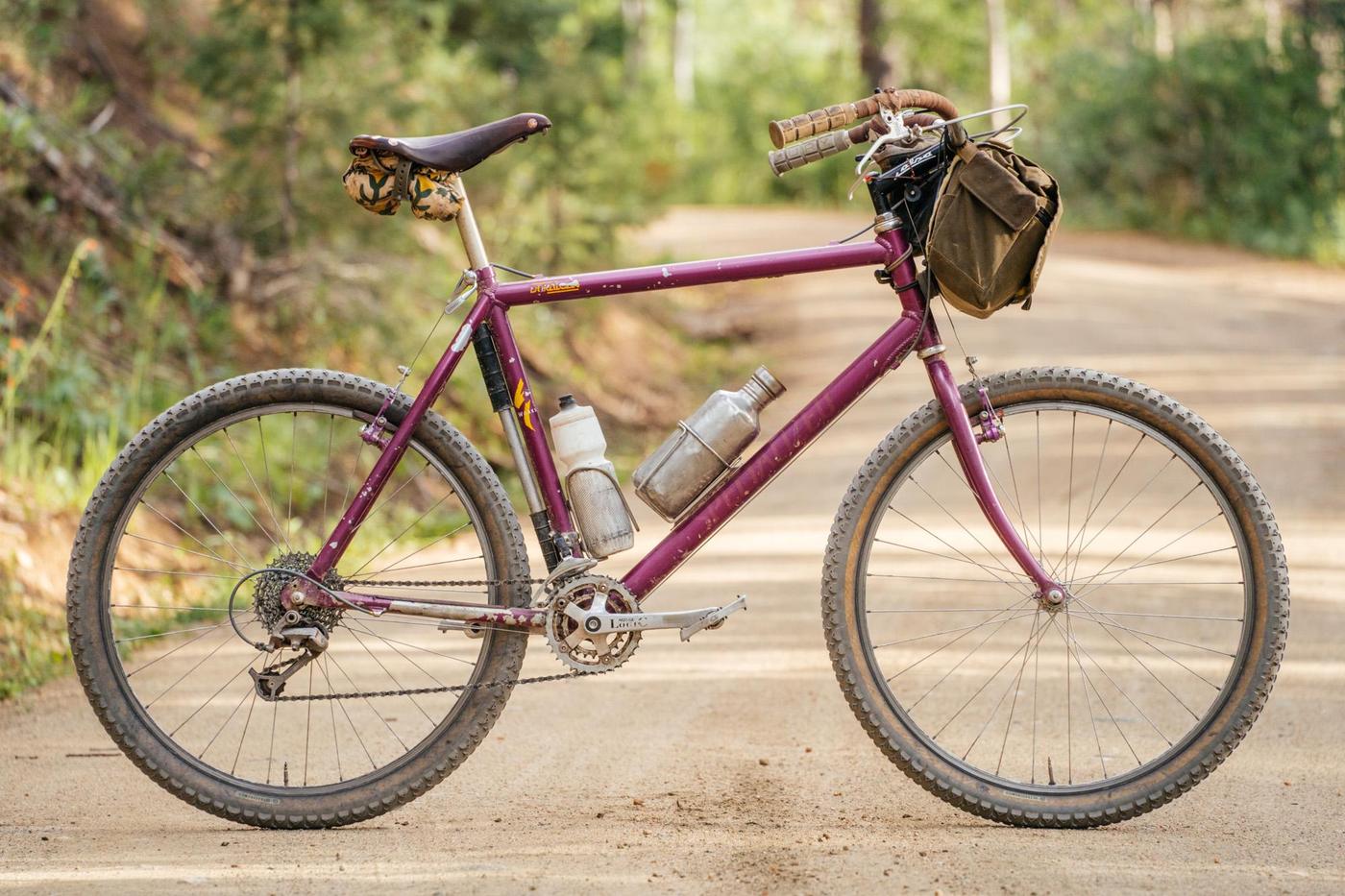 It can’t be a Top 10 Beautiful Bicycles list without one of Ronnie’s personal builds. Since 2014 with his Trek 970, I’ve met up with Ronnie each year to document his latest and greatest builds. This year’s showcase was of his Specialized M2 Duralcan, built up as an all-rounder with Ultradynamico tires and his prototype handlebars. This build is just one of many vintage bikes that really resonated with you all… 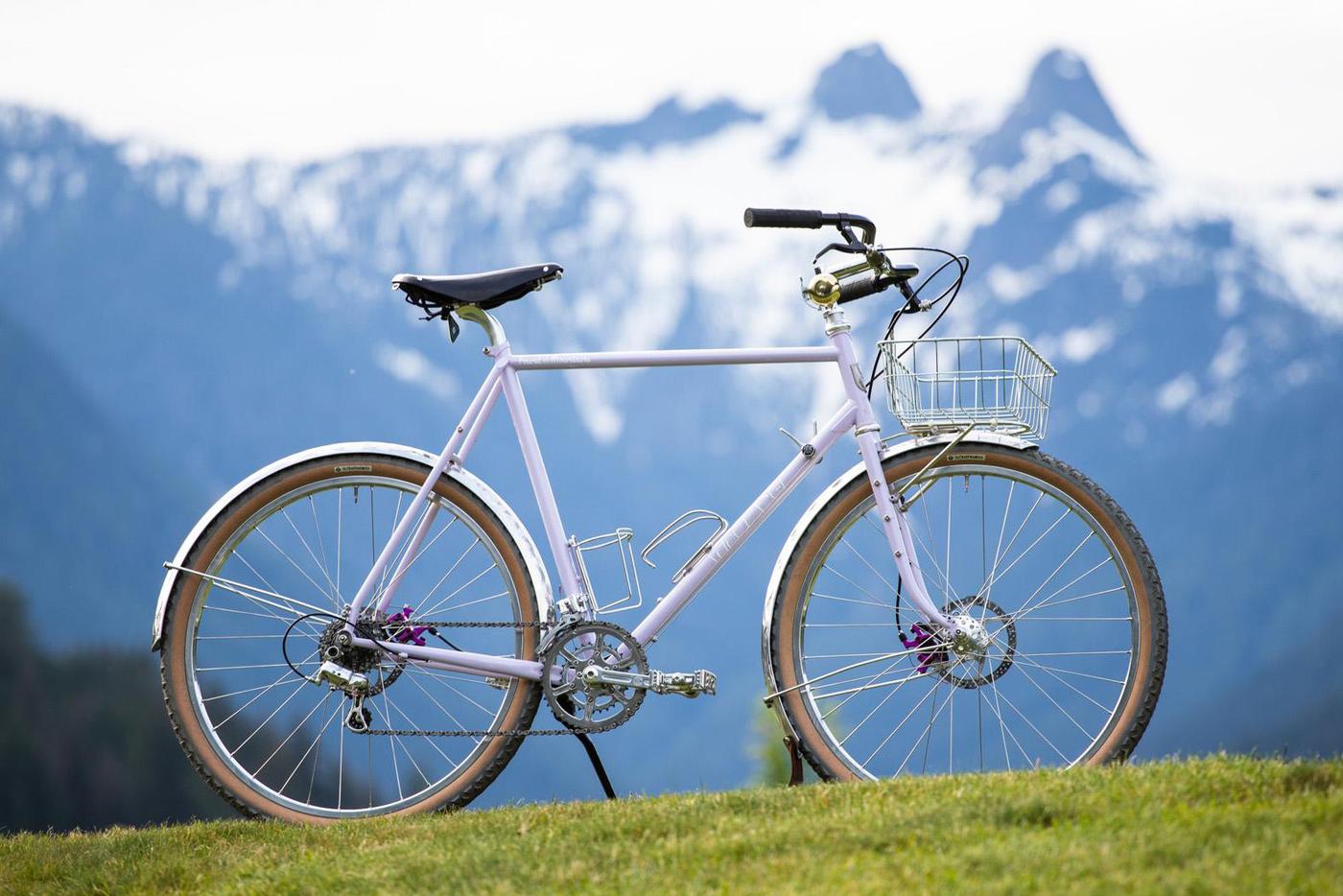 Morgan’s personal bikes and his bike reviews always crush it over here and his Velo Orange Polyvalent showcased that dad bikes can indeed be cool. His ability to document bikes photographically is only bested by his thorough writing. If you want tech, mixed with functionality, Morgan’s your dude! 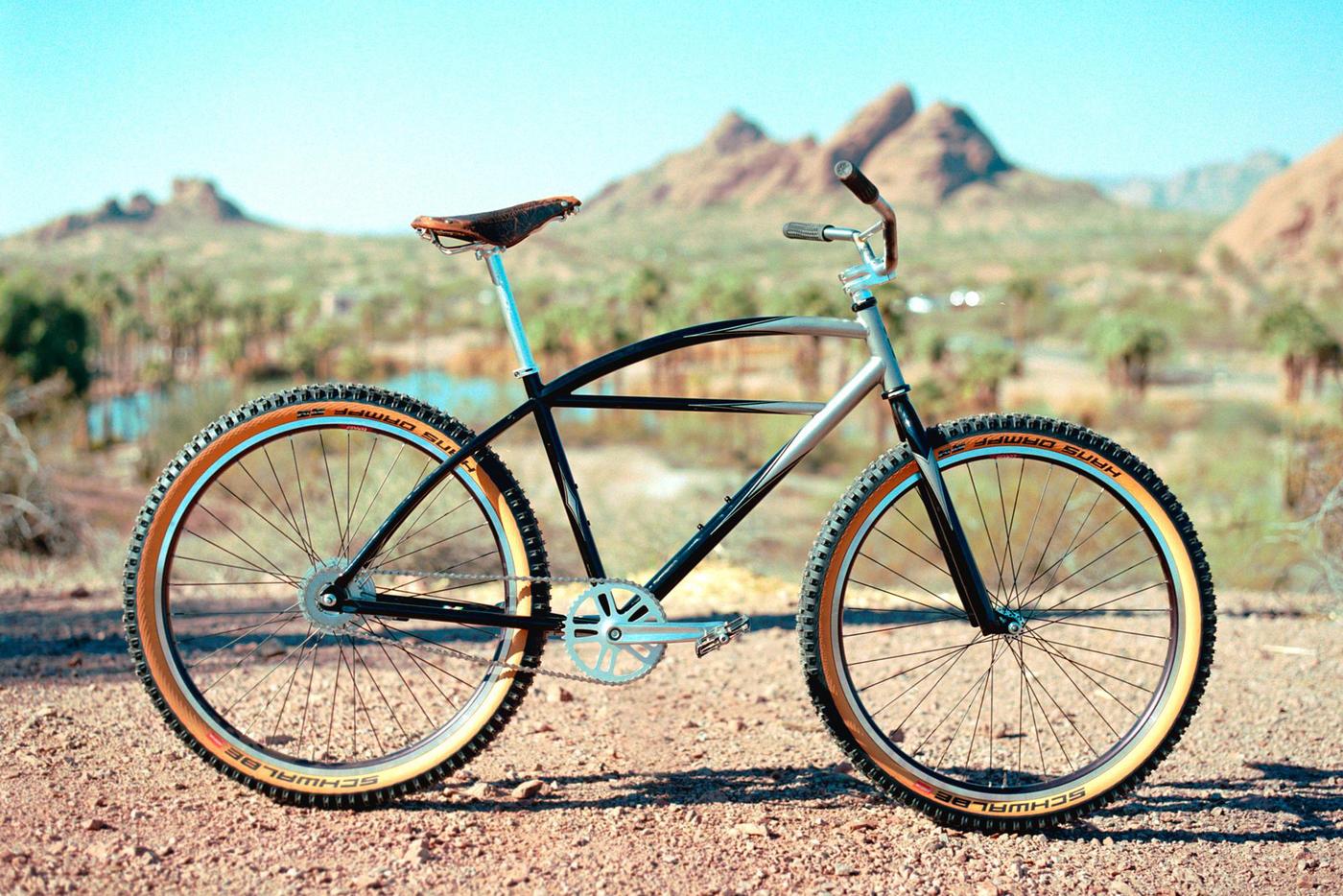 What a fun project this was! State Bicycle Co’s cruisers, aka the “Klunker”, received the Moné touch, with a wonderful shredit filmed by Josh Weinberg on his Super 8 camera. Vintage vibes abound with this post, so if you missed it the first time we posted it, you should really spend some time on this bit of Reportage! 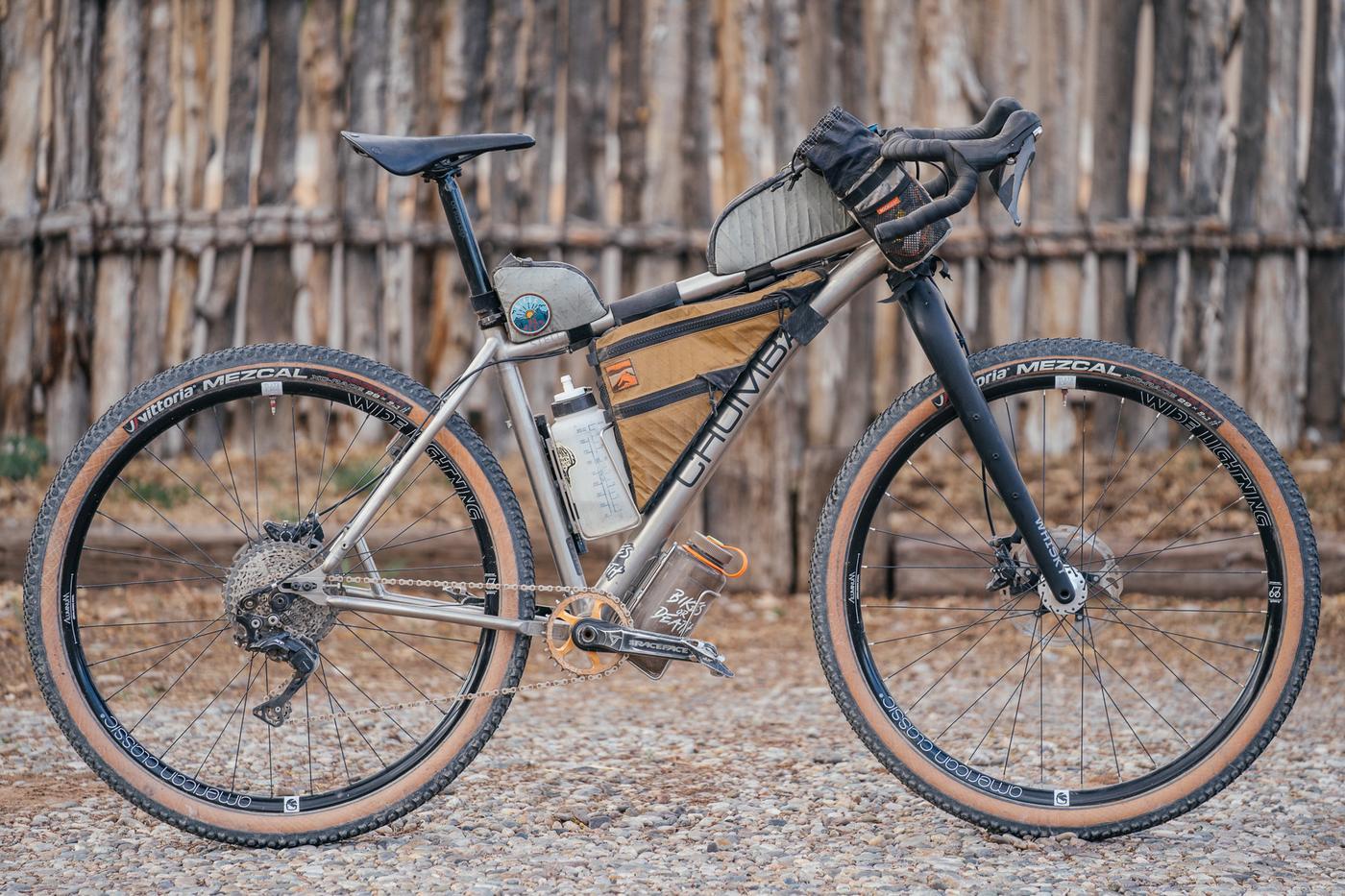 The Bikes or Death podcast really resonates with people and, this year, I had the honor of being featured in episode #69 on April 20th. Before Patrick dropped that episode, I posted a photo gallery of his Chumba Stella which he built up as a drop bar 29er touring bike. 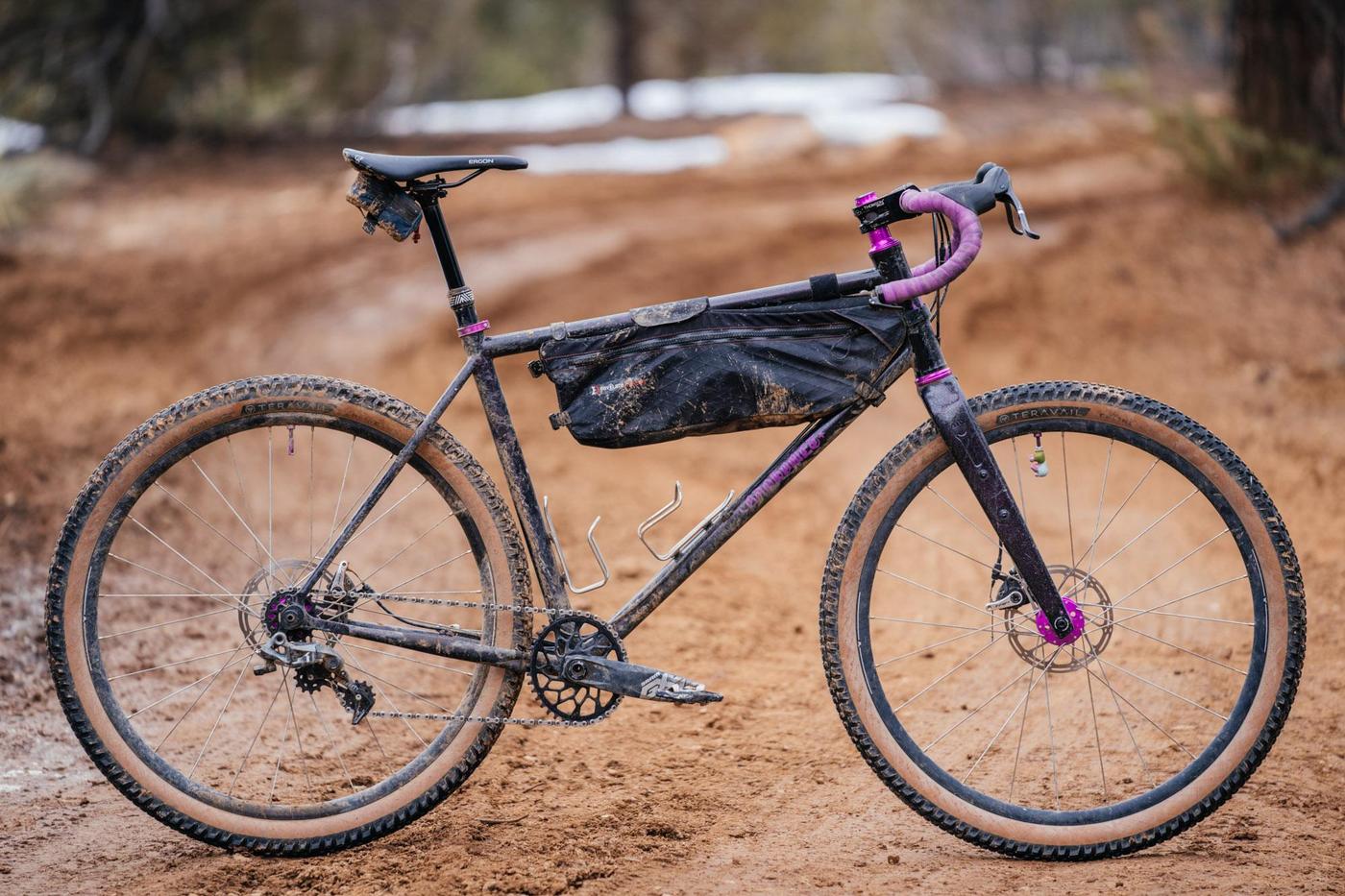 Oh, Dillen! What a rad lad. My first Shop Visit in 2021 was the workspace of Baphoment Bicycles and while I was in Valdez, New Mexico documenting Dillen’s space, I shot a handful of his bikes. People LOVED his personal singlespeed bike and with good reason. 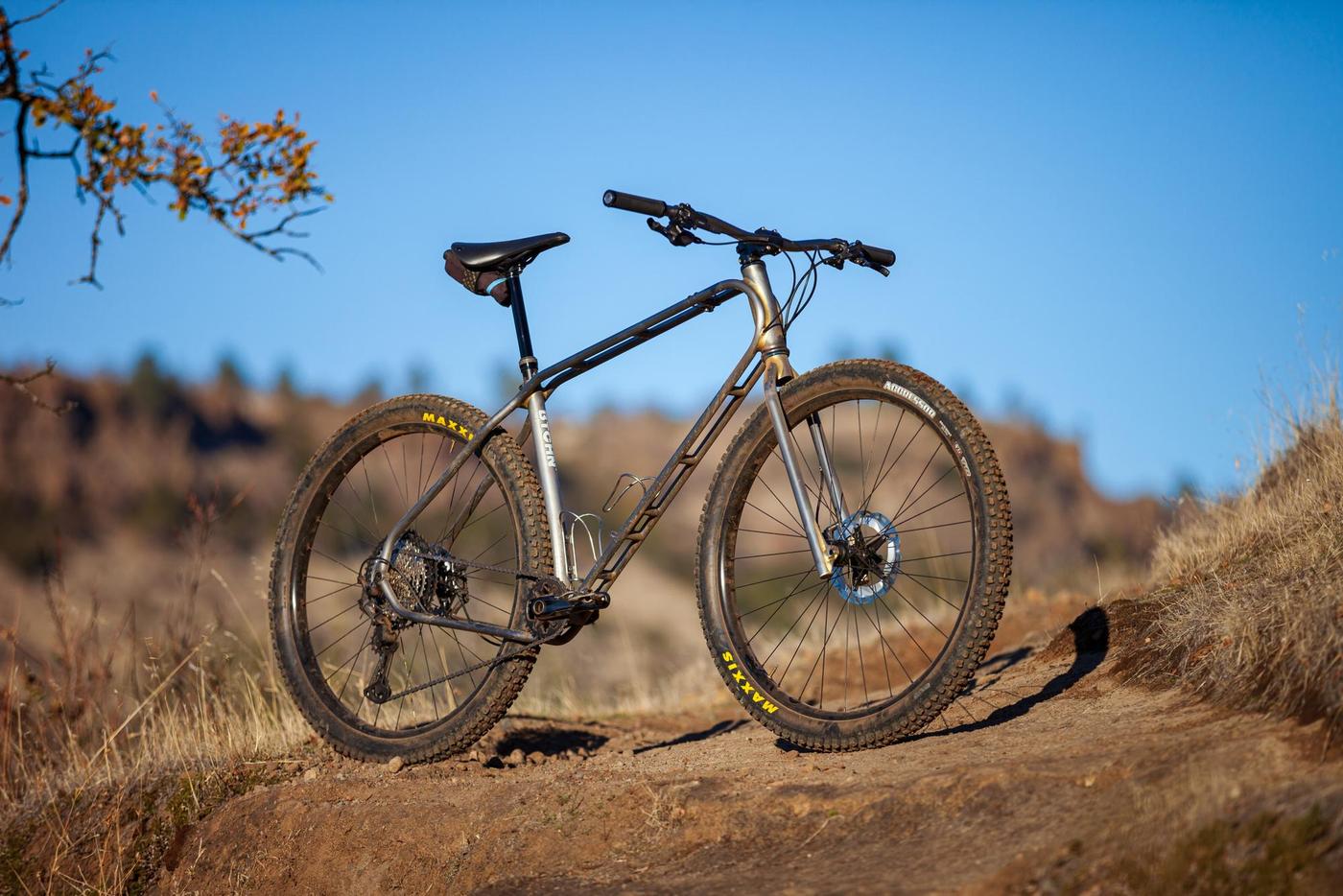 Tyler from BTCHN’ Bikes and Travis from Paul Component Engineering have produced some excellent Reportage for us over the years and this Cruiser is a primo example of the magic those two can create. This bike is hands down one of my personal favs from the year, so don’t miss out on it! 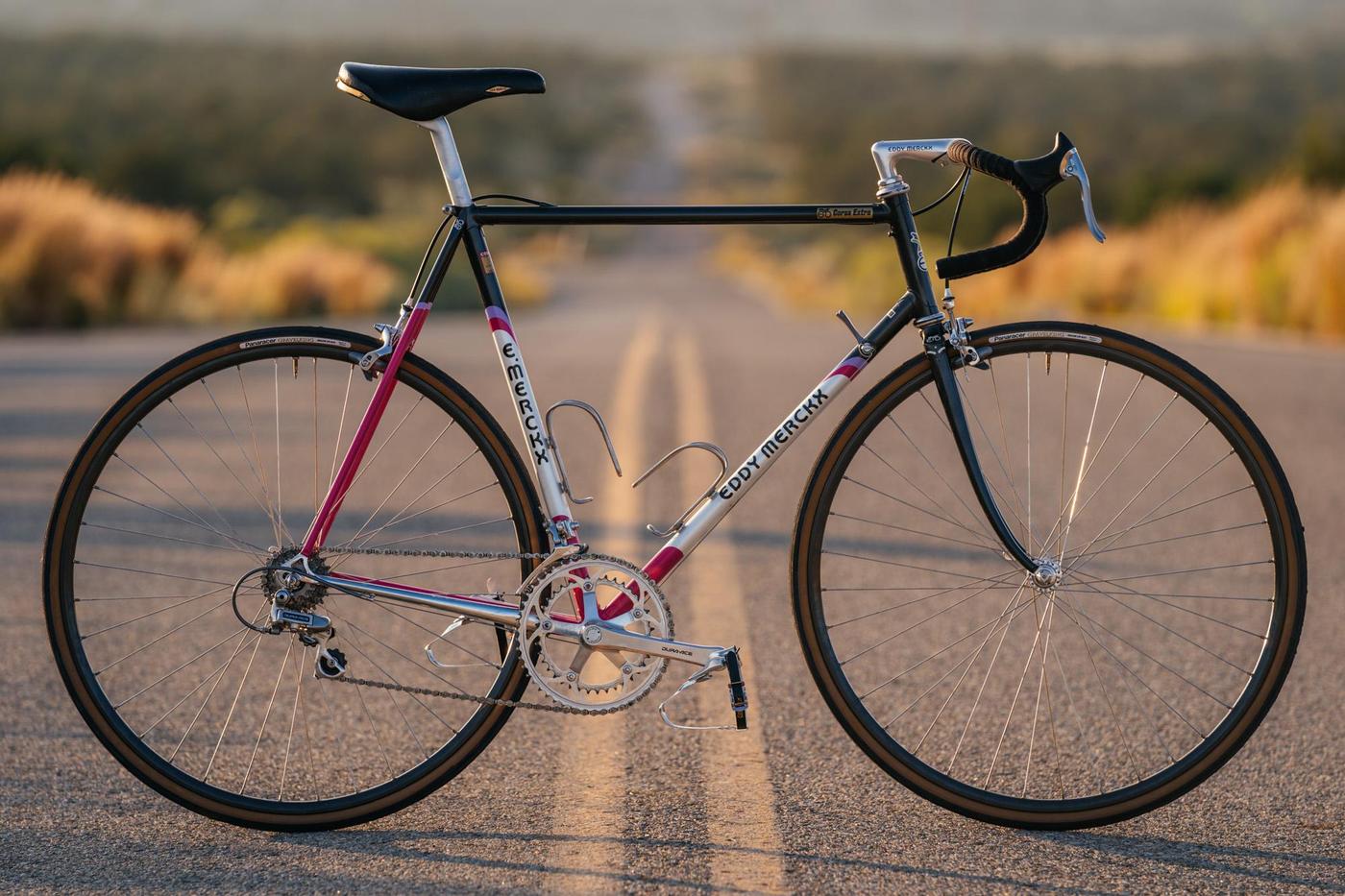 I’ve had a lifelong obsession with Eddy Merckx bikes but fell out of sync with my vintage obsession over the years. It took the second year of the pandemic to get me scouring the ‘net once again for large Merckx frames. This pristine Telekom Corsa Extra outfitted with Dura-Ace 7400 really hit the mark. 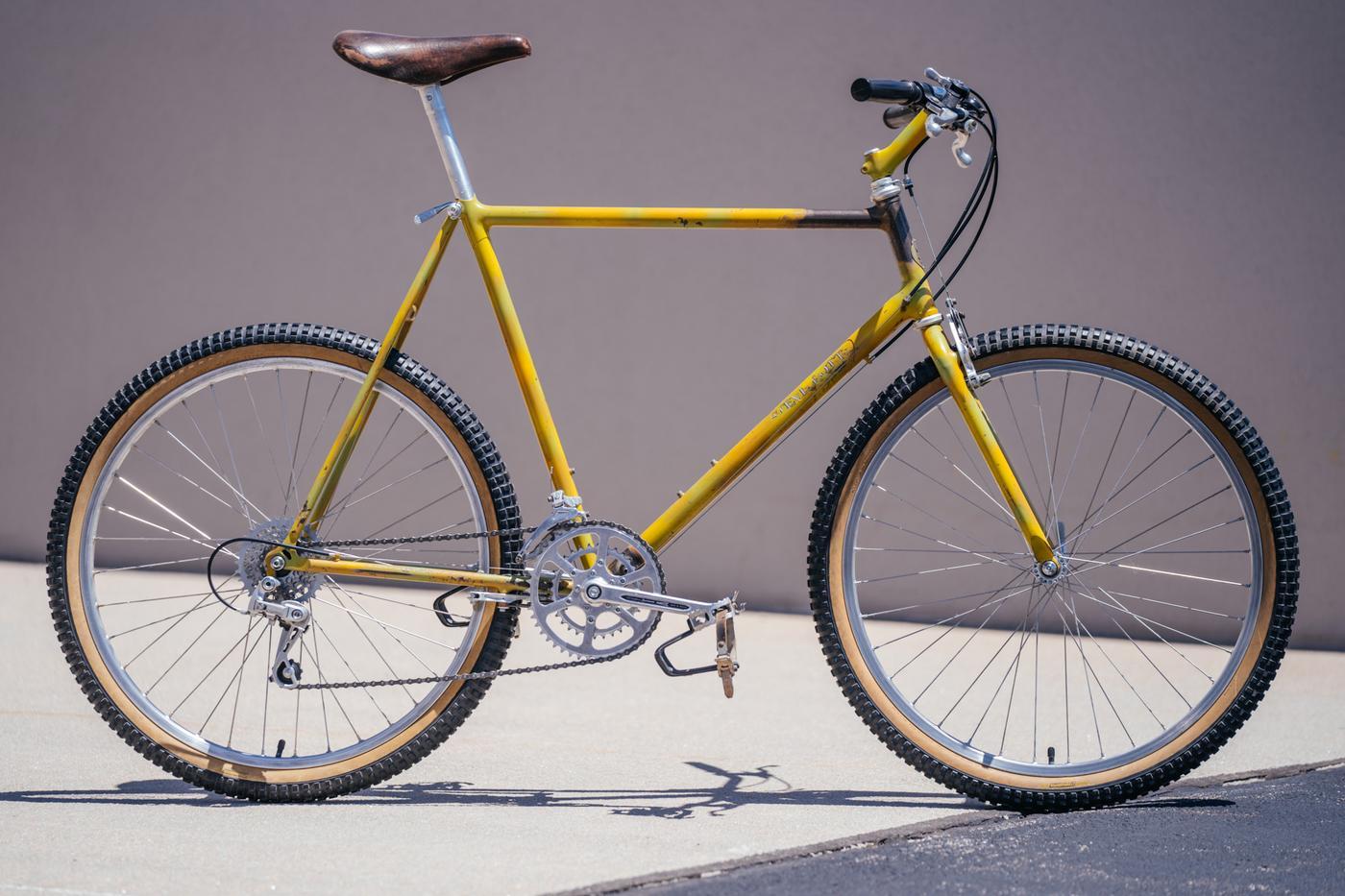 This summer while meeting with our new parent company, The Pro’s Closet, I spent some one-on-one time with a few of their 300+ vintage builds. One of which was the Steve Potts-built Banana Slug. This bike got reposted on so many vintage forums and Facebook groups, driving an insane amount of traffic, and to be honest, it was one of my favorite of the year to document. 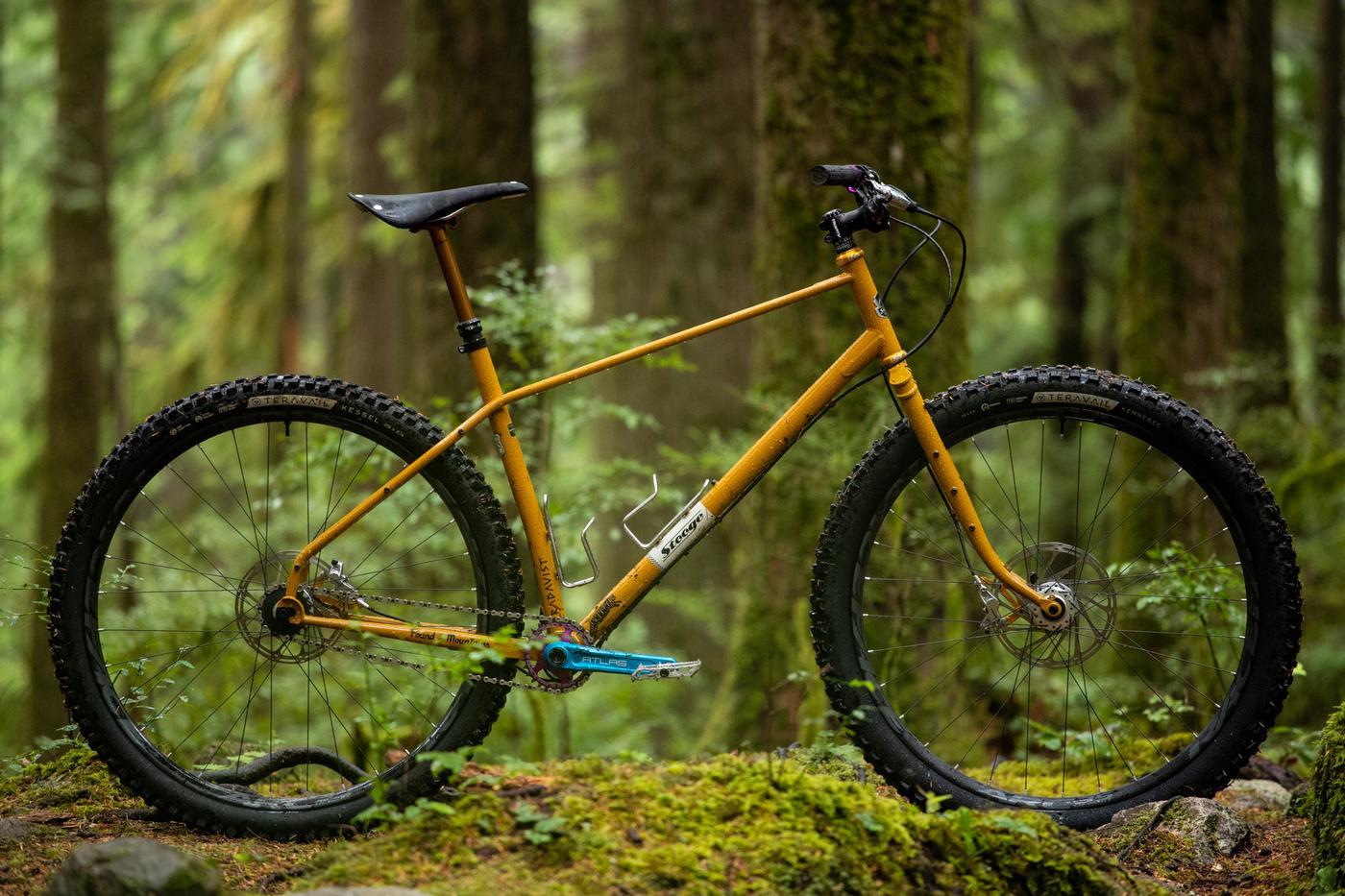 The Stooge Scrambler is the Evolution of the Modern Klunker

Morgan once again slayed the write-up for his new Stooge Scrambler, with a lengthy, in-depth look at this modern-day klunker. Fat tires, steel fork, and singlespeed. What’s not to love about that beautiful simplicity? 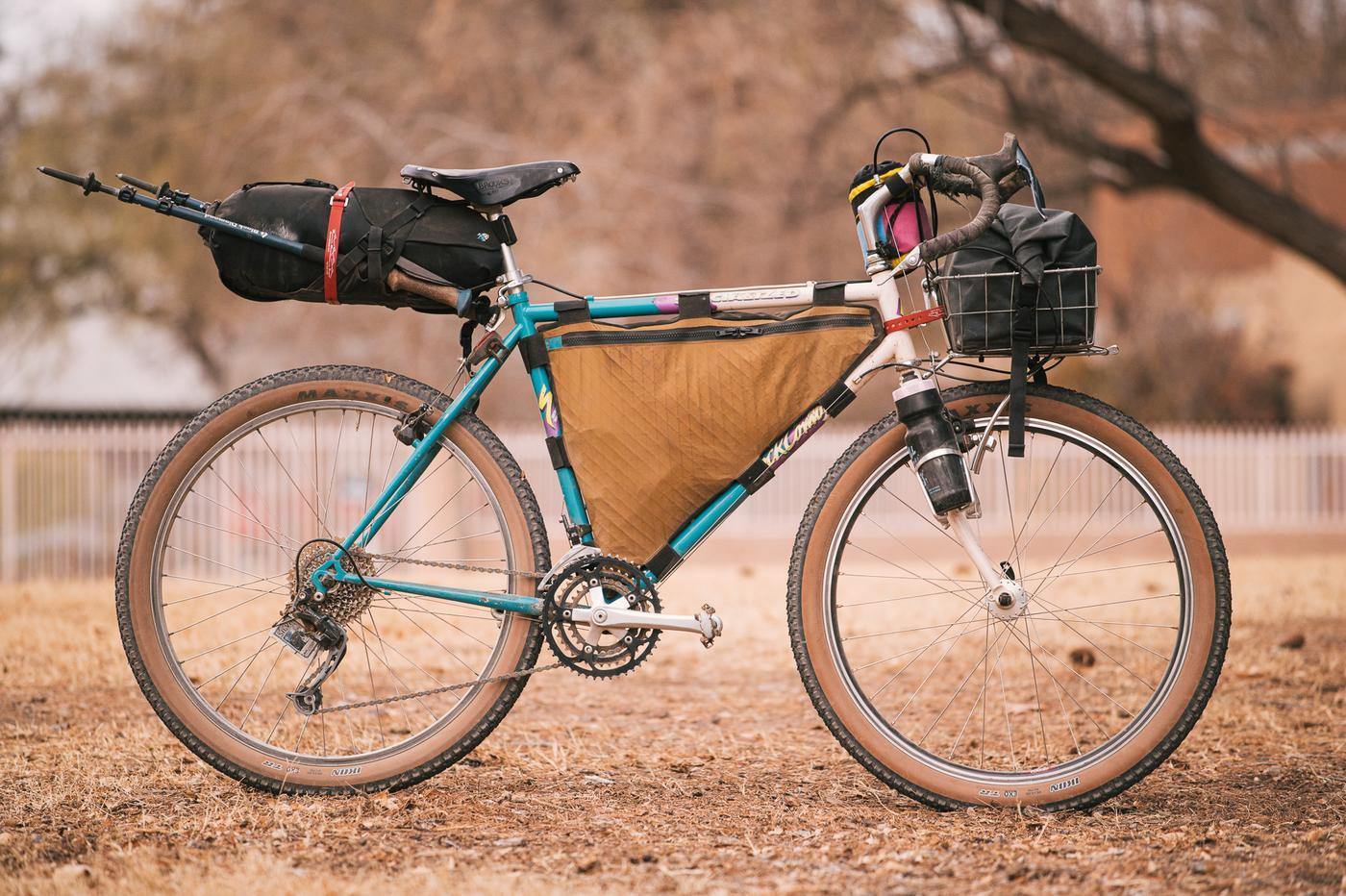 Every year we’ve had a good deal of vintage mountain bikes converted to basket bikes or tourers. This year, Spencer Harding found an amazing example of such a bike with Liam’s Rock Combo. This one hit the mark and was reposted all across the internet. People really love these older Specialized frames and it’s easy to see why!

So… that wraps up our Top 10 Beautiful Bicycles of 2021 and I know for sure we missed out on one or two of your favorites, so be sure to drop those in the comments, along with your personal favorites! Thanks again for all your comments, personal stories, and support. Here’s to a great 2022!