In 2016 I rode my bike through the Baja California pennisula on the only paved highway, the Carretera Transpeninsular, and as pretty as it was, having to look over my shoulder all the time prevented me from fully enjoying the ride. I ventured in some dirt roads and after some very bumpy rides I thought I’d also look into getting another bike, something that could put more cushion between the rocks and my bones. Few weeks before finishing I read about the Baja Divide project; I saw a photo of the map and did the Cape Loop and thought “This is what I needed.” Three years later I’m finally able to go back again, this time though on a bike made expressly for dirt road touring: Ultraromance´s #RoseEmojiBikes aka the Warthog Wash Wiper aka “Rosita”. Also I’m joined by my partner Karla on her Surly Krampus, who has been dreaming of doing this route for months. – Daniel Zaid 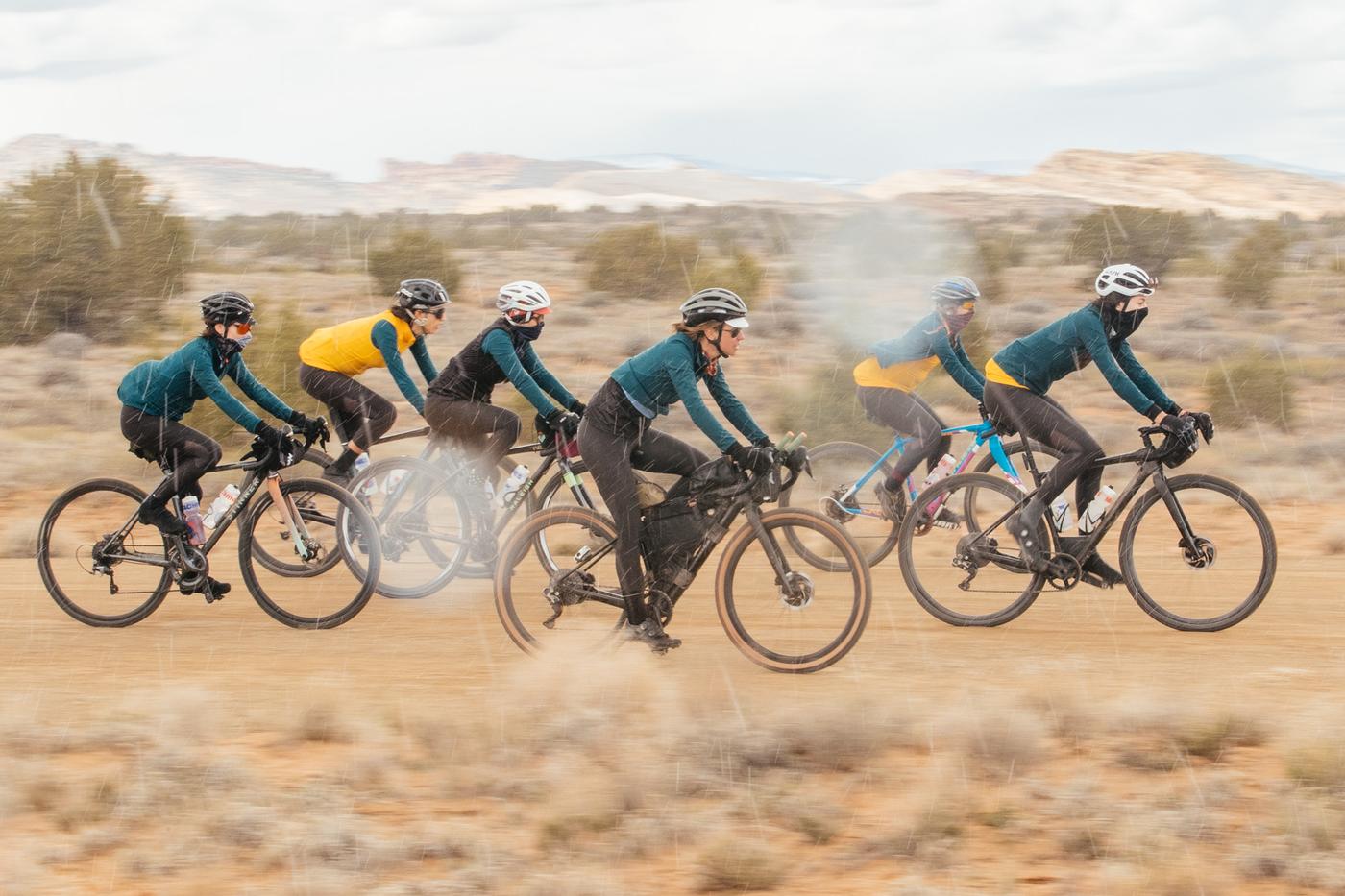 Unapologetic. Relentless. Persistent: A Machines for Freedom Expedition in Utah

The Utah desert, or desert in general, does not often offer comfortable accommodations to outsiders. High winds, isolated vegetation, sun-soaked and shadeless valleys, rapid nocturnal cooling and infrequent precipitation. The desert can feel like a bitter and unforgiving stranger. Lucky for us, Utah was well-behaved. Late March riding and a window between April showers painted the varying landscape with fragrant sage and spring blooms. Barren mesas were glowing with red and gold dust. And instead of the reliable, wind-blown silence often found on these remote roads, our Machines for Freedom team shared conversation and laughter that could be heard echoing in the canyons for miles. – Aimee Gilchrist 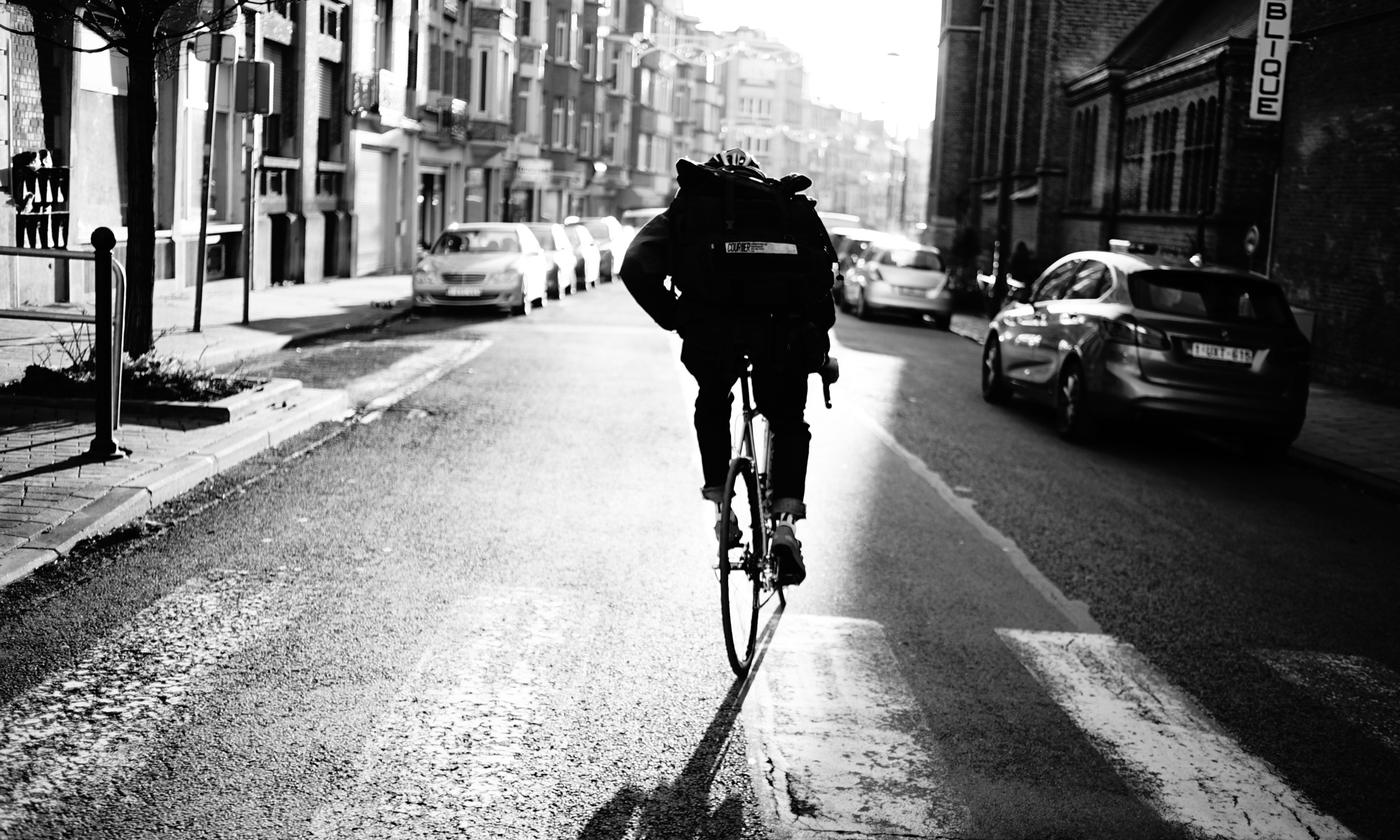 François is what you would call in French a “fonceur”.
Literally, the word means “fast guy” but it’s more of an expression.
It evokes enthusiasm, determination, well, a lot of will and positivity,
and I couldn’t think of a better way to define this guy.
He won’t take no for an answer. From anyone. He is driven. – Ryan Le Garrec 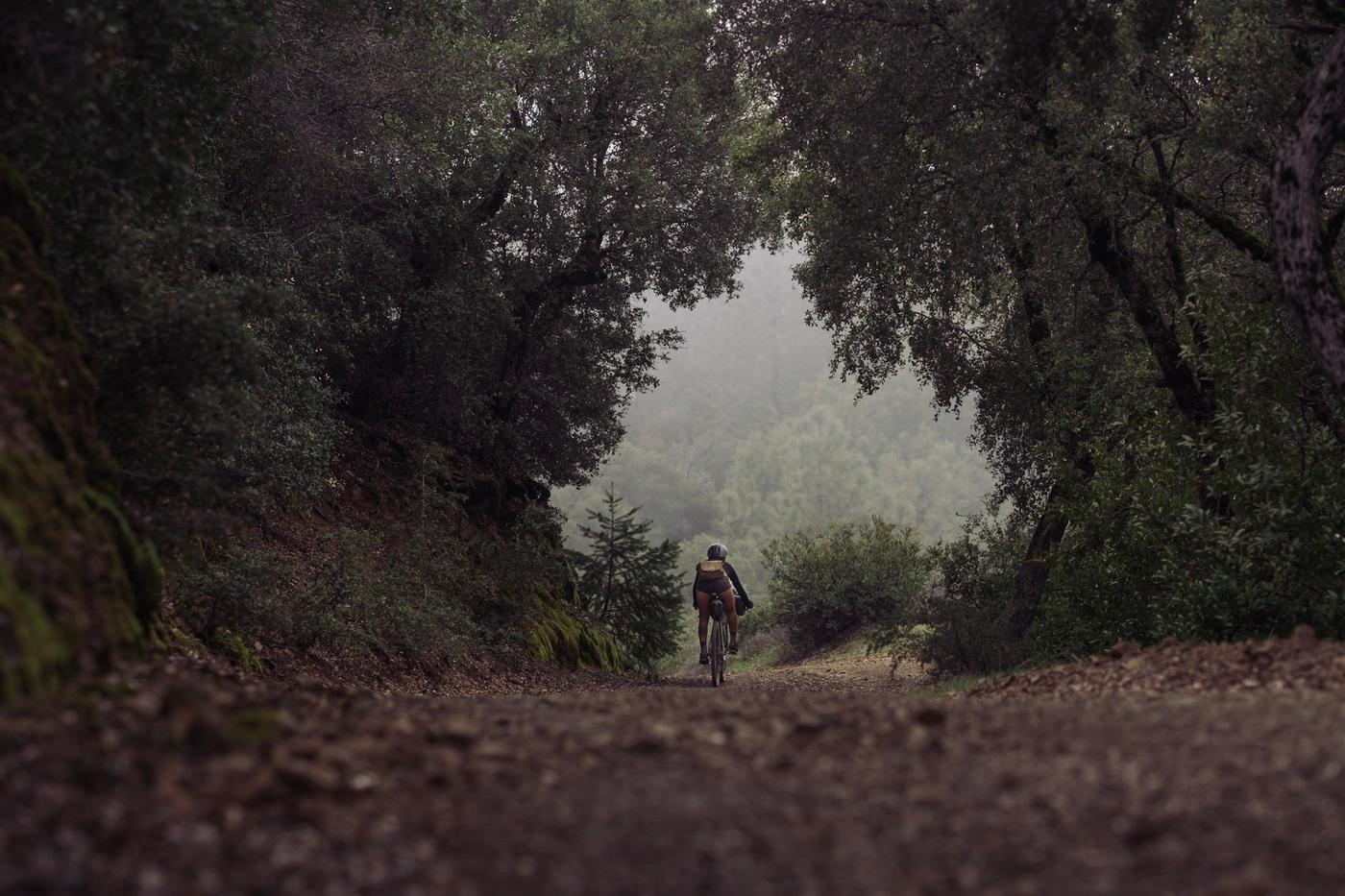 I was looking at everyone’s legs. The group of 13 included professional and semi professional racers, life-long athletes focused specifically on their relationship to the bicycle. There aren’t six packs; there’s, like, eight to ten pacs. Some even have muscular faces! How is that even possible to accomplish? Seeing my own soft animal body as lesser than their impressive builds. The grass kept getting greener and greener on the other side of my eyeballs and I felt myself getting smaller and smaller. Where in my body is this discomfort living? I had three days and the grand views around beautiful Big Sur to find the site of where this discomfort lived in my body. Aside from physical discomfort from physical exertion, I came up empty. Instead, I found an interstice where feelings of awe grew and that became my saving grace. – Tenzin Namdol 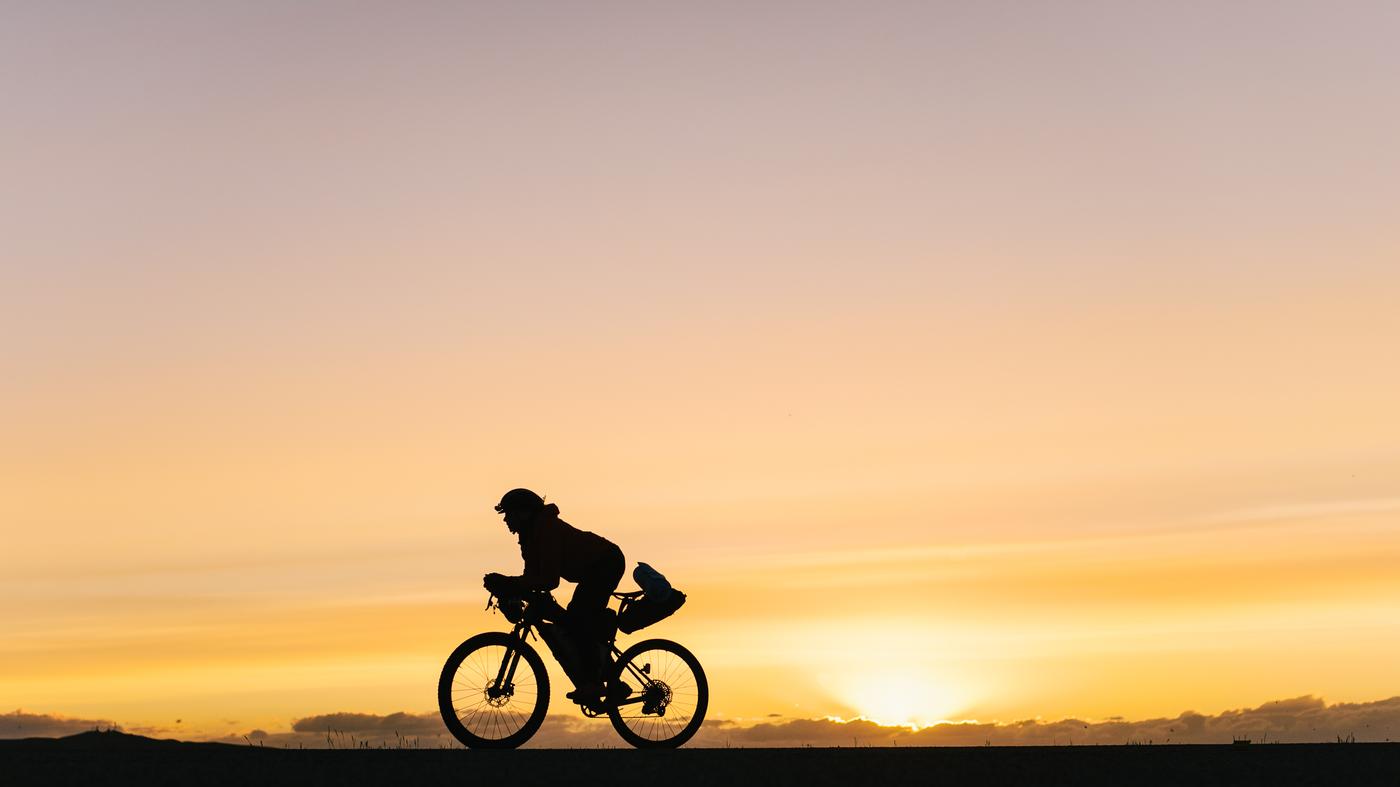 Epic races deserve epic coverage and it took three exceptional journalists to do just that! Our Tour Divide coverage broke the internet and our hopes are that it was for the better! One year and a week ago, a vehicle’s faulty catalytic converter ignited roadside vegetation igniting a blaze that would consume 96,901 acres of Sierra and Sequoia National Forest, eventually closing Yosemite for the first time in the National Park’s history. This was the first “big” fire of the indomitable 2018 fire season that torched the Western U.S. and serving as an unwelcome backdrop to this 12-minute major motion picture. – Ronnie Romance 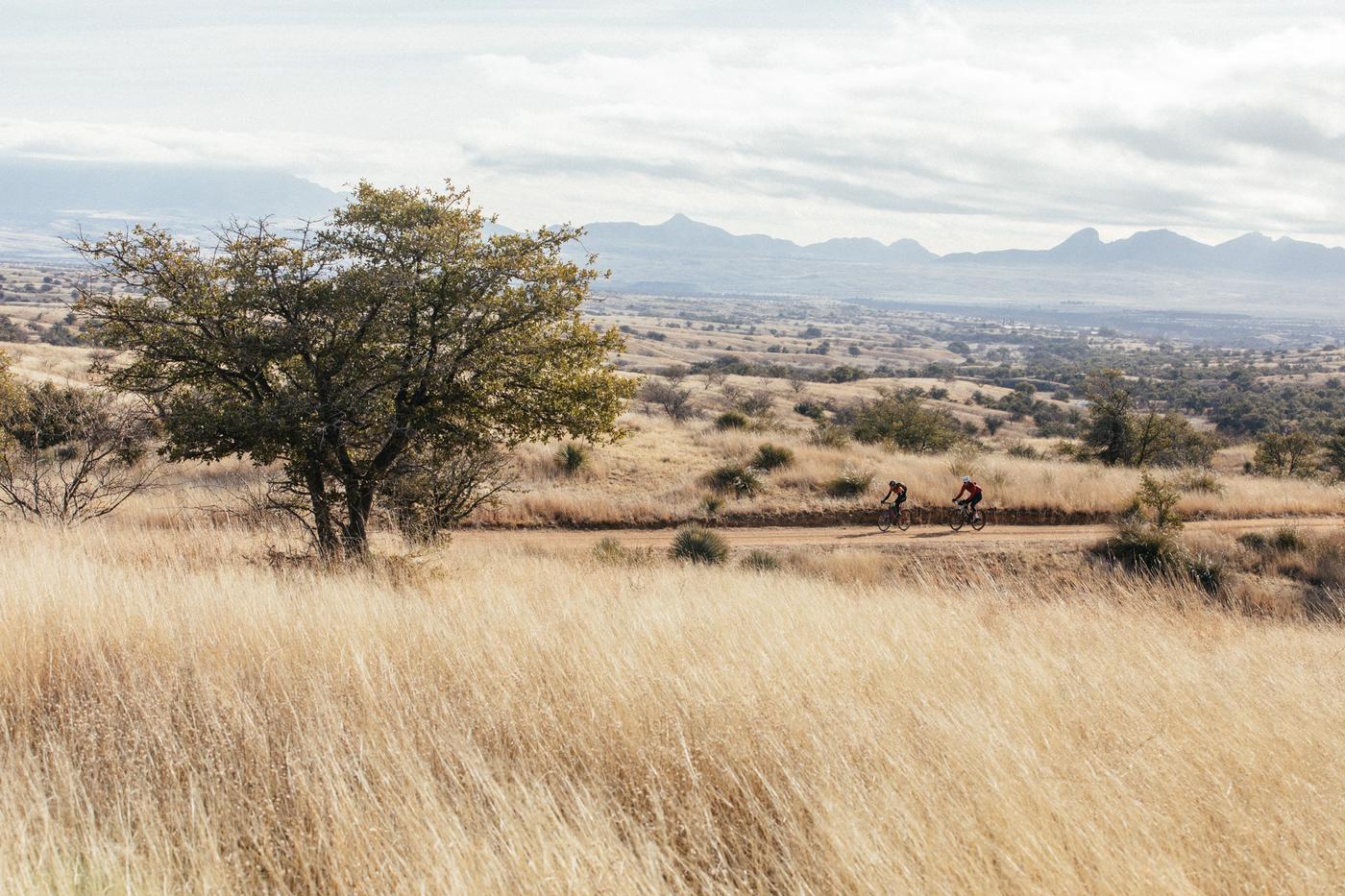 Racing Along the Ruta del Jefe in the San Rafael Valley 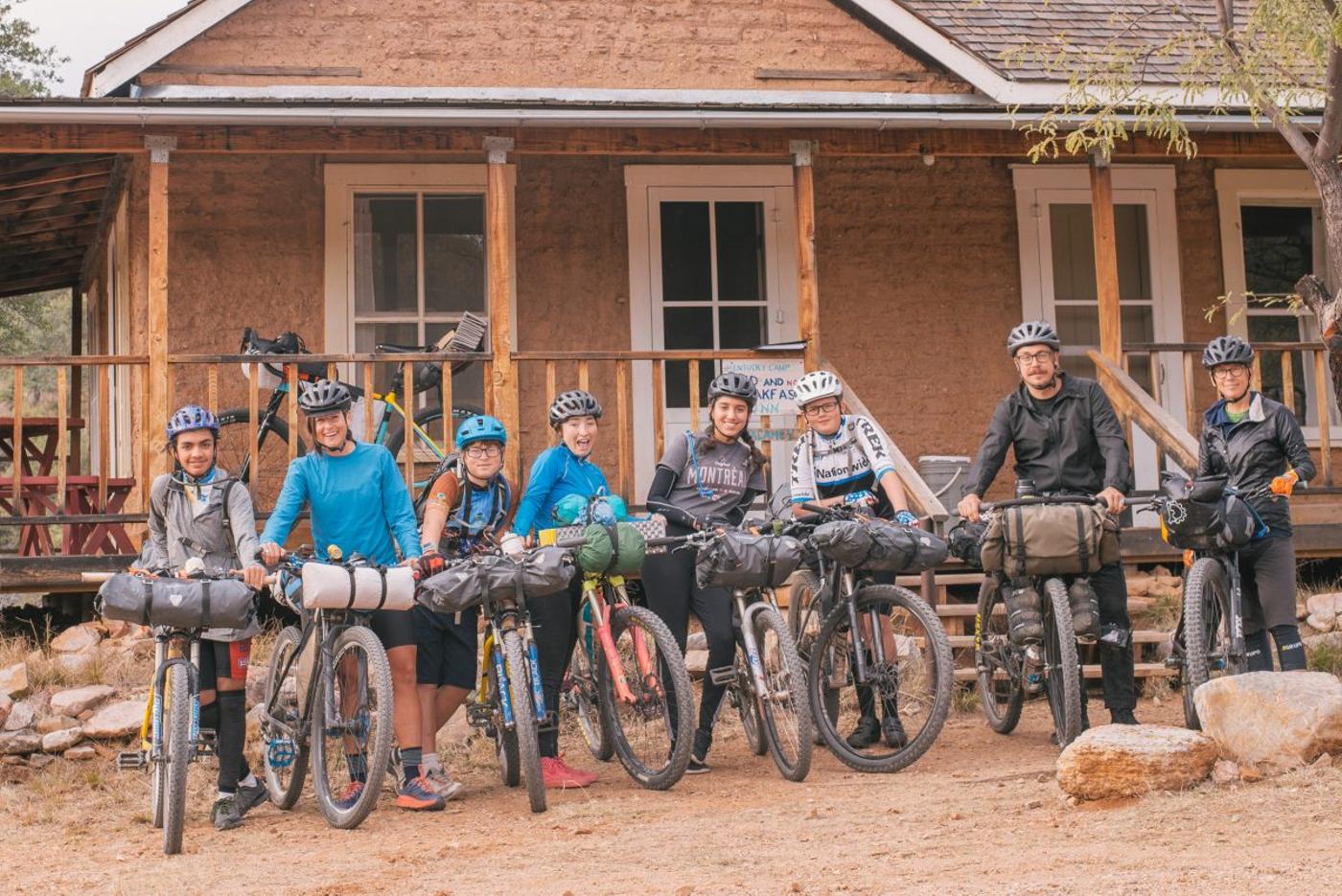 The Kids are Alright Y’all: The Grupetto

The kids we have in the El Grupo program, they ride their bikes every day, across town, into the mountains, and now even on bikepacking trips.  I can’t imagine where I’d be if I had known such a world of possibility in middle school instead of my late 20s.  Well, I now have the privilege to pass such knowledge and power onto the next generation of bikepackers. – Spencer Harding “See that rock formation over there, and the other skinnier one in the distance?” Jon Yazzie says, “they represent the story and fate of Big Snake and Owl Maiden.  Big Snake came from what is called Sugar Loaf near Mexican Hat, Utah slithering its way down, and eventually ending up coiled around Agathla Peak or (what Kit Carson called) “El Capitan.” The Owl promised to look over Big Snake until he came back to life again.  Owl is frozen in sandstone looking right at big snake on Agathla Peak.” Having passed through Kayenta countless times, driving from the southwest US to Moab, or further into Colorado, these prominent volcanic plugs and sandstone towers rising iconically out of a sea of sandy fields and sandstone mesas have always caught my eye. As we rested there just a few miles into the ride, legs slung overloaded bikes attempting to absorb everything Jon was telling us about the surrounding landscape, I knew this was going to be a special weekend. – Jon Yazzie and Josh Weinberg 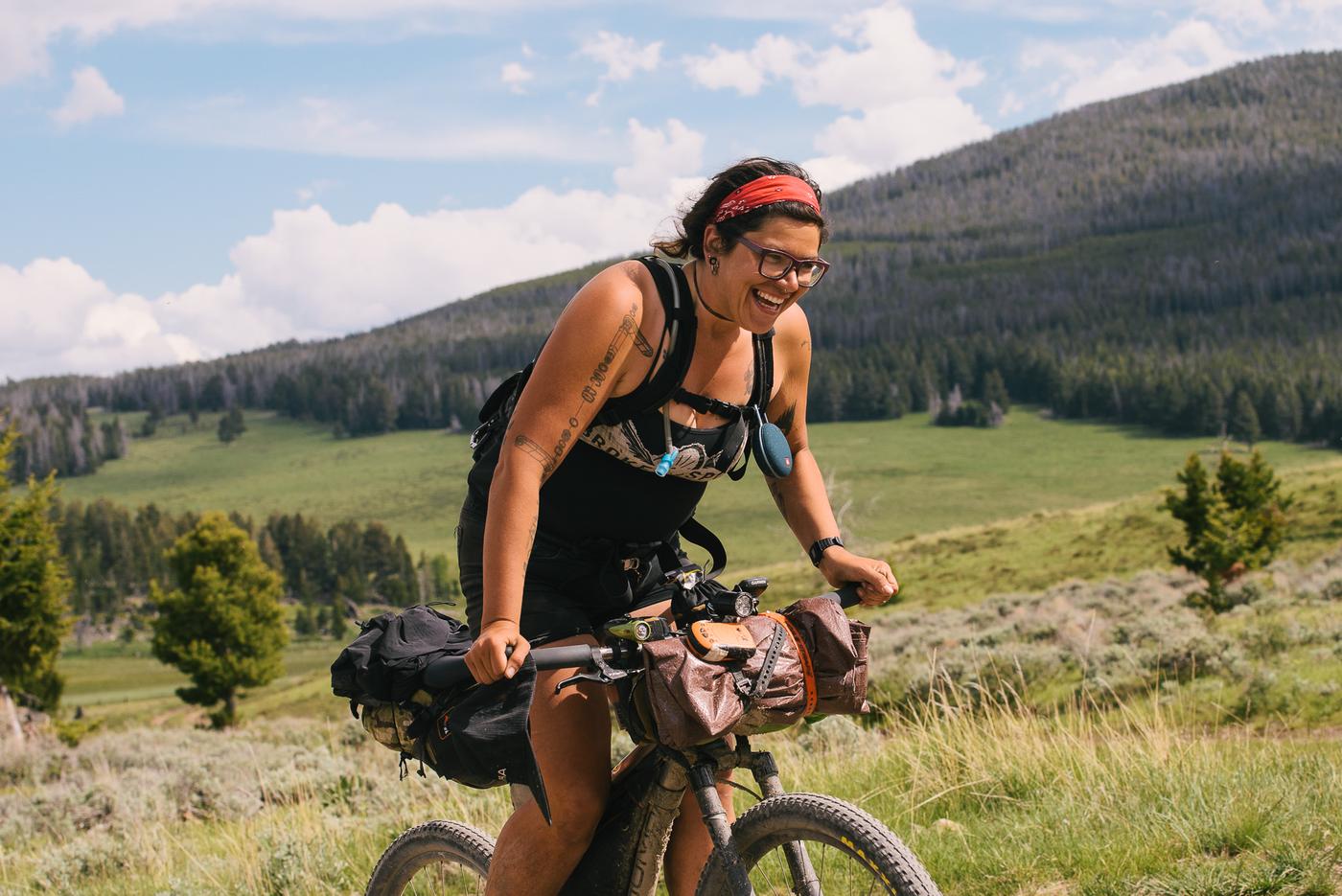 I was always insecure about the fact that I was “uneducated” before I entered academia. Growing up in a trailer park and as the first person in my family to have ever attended a university, I was certain that I was something less than my entire life. The apple never falls far from the tree. And in attending University, I’ve learned that everything I was taught whilst growing up was lessons in obedience. I, an Anishinaabe woman, celebrated the Pilgrims at Thanksgiving time and Columbus on Columbus day. I always thought that I wasn’t Indian enough because I didn’t grow up on my reservation, I didn’t know my tribal language, and I didn’t look Indian. Tell me, what does an Indian look like? How could I trust a system that denied the lived history of my ancestors? – Alexandera Houchin 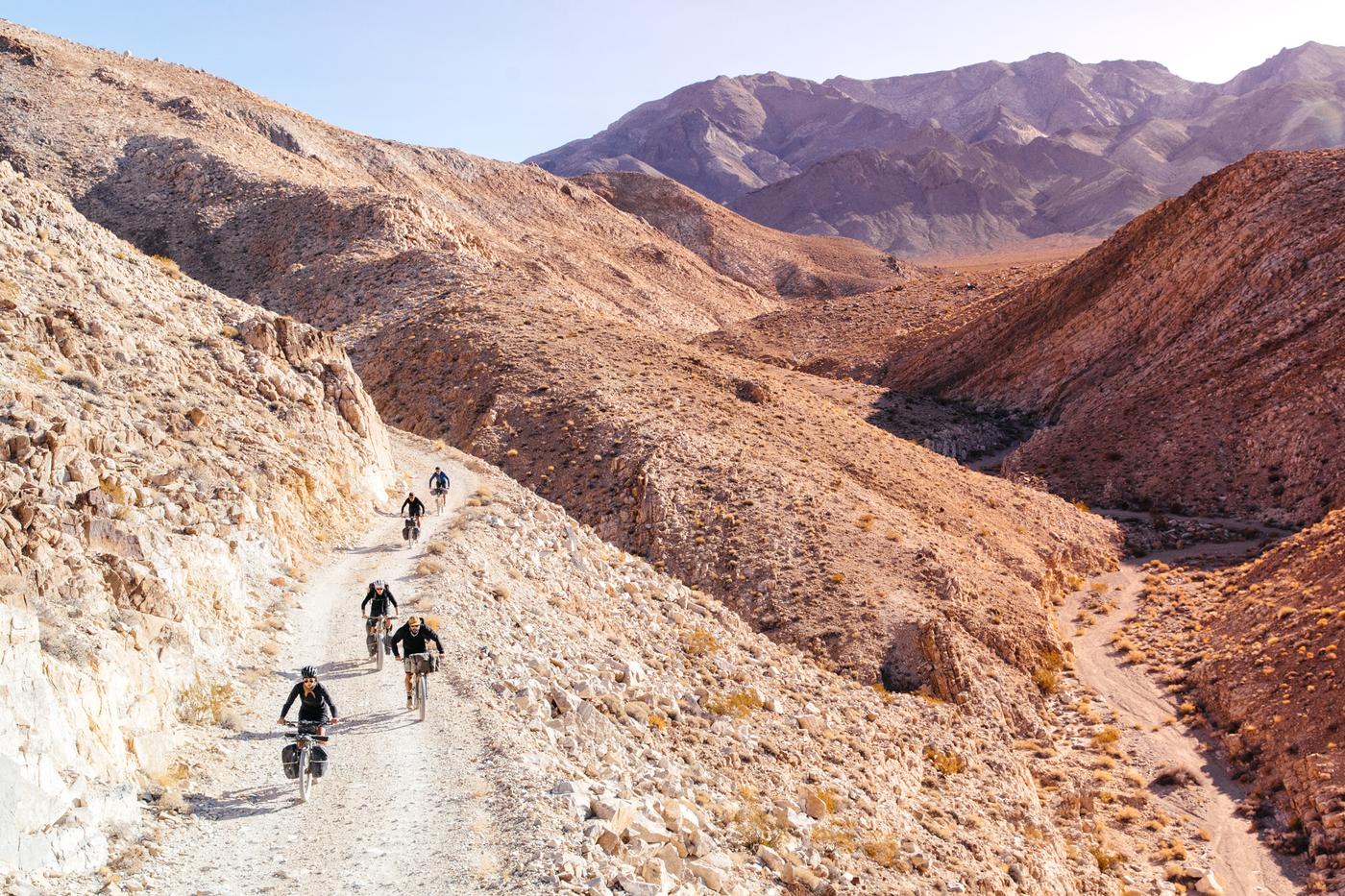 The cold. Oh, the cold. Never before had I experienced 10º temperatures at night and 70º during the day. There I lay, in chrysalis, asleep in my bivy thinking to myself, “this is miserable.” That was two years ago, at the foot of the second tallest sand dunes in North America, nestled between the Last Chance and Amargosa Mountains in Death Valley National Park. Needless to say, it took a while for me to want to tour this unforgiving place again. There’s something transformative about touring in the Mojave Desert. The dryness, the elevation, the sand, the silt, the wind, the washboard roads; insurmountable obstacles really bring out the truest human condition, that Lovecraftian urge to get out and test one’s limits. Push it a little bit further and come out the other side. Had I known that this love for the deserted, the dusted, and that grandiose dolomite was merely biding its time as I shivered uncontrollably in my bivy sack two years ago, I might not have been so absolute in my cynicism. It was time for emergence. Each year, we bring to you the travels of photographer Ryan Wilson as he bikepacks around the globe from South America to Asia, in search of the best light and most scenic views. Ryan’s lens is a crucial part of this website and I speak for everyone when I say it is easily the best on the web. Safe travels, Ryan!