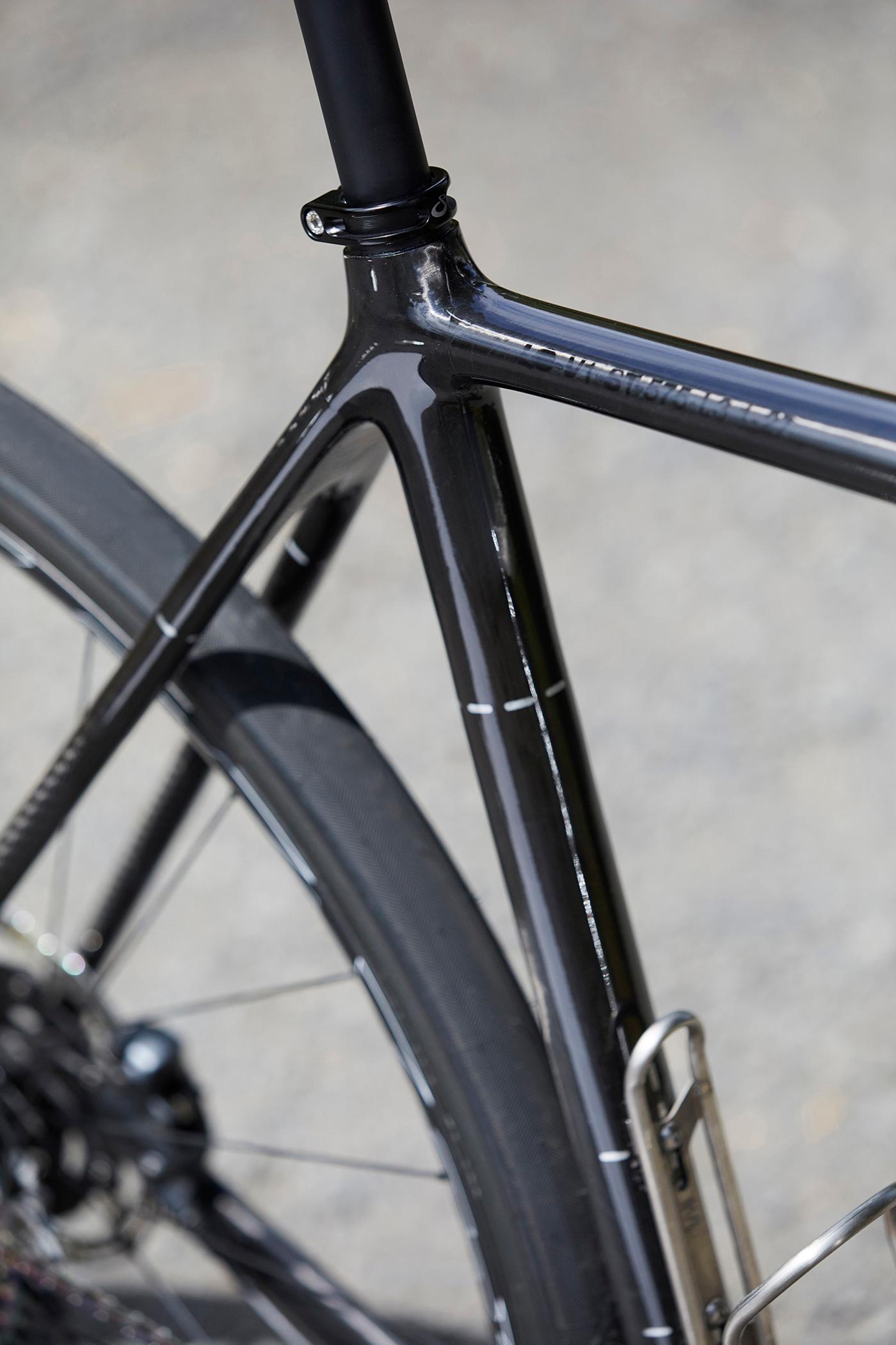 Aesthetically raw carbon is well honestly weird… While it can be manipulated into any shape and form, the raw form usually takes fillers, bondo, or aesthetic weaves to make it appear nice. This begs me to ask the question, why is it we celebrate super clean brazing but next to no one cares about the “craft” of carbon bikes? Maybe this gets at why there are so few custom carbon makers. Once the frame-set arrived I got first-hand experience with Carl’s and the Pursuits team’s hand skill with the material. Yes, it was raw but not in an unfinished way, more like a punk band style of raw. It had some grit, which kept me visually interested and my eyes moving around the frame. There is a certain openness and confidence you have to have to be able to present a carbon bike in this form. All of this relates back to Carl and his pursuits to master in new material. If there’s one thing for sure Carl is a master and his one goal is trying to make the best bike he possibly can every time. I’ll be talking about the ride quality later this is more so just visual report. To start the process, I spent somewhere around 4-7 hours sanding down an Enve All Road fork (warranty voided). The application of the “prototype style graphics” was done with black 1 shot enamel paint that was reduced and put through a graffiti style Molotow paint pen. (where a mask when working with this stuff please 1Shot is gnarly). Also if you plan on clearing over 1shot use harder or the clear will wrinkle it. Each section was then laid out with stats down to the weight. As the bike is raw carbon which has a tooth to it the paint will tend to spread something I did my best to limit, though realized in some places there was absolutely nothing I could do and let it spread. Following the prototype stats, I did the big logo in the same graffiti marker style with metallic silver. The large logos have a lot of flaws which I had no intent from hiding and worked out pretty damn well, IMO it looks great from far away but you can see the hand-done nature of it when you get close. The silver portions overlap the proto graphics giving it some super subtle depths. I then added the dotted lines around where the mold points join and finally an experimental Pursuit HT Logo of my own design. 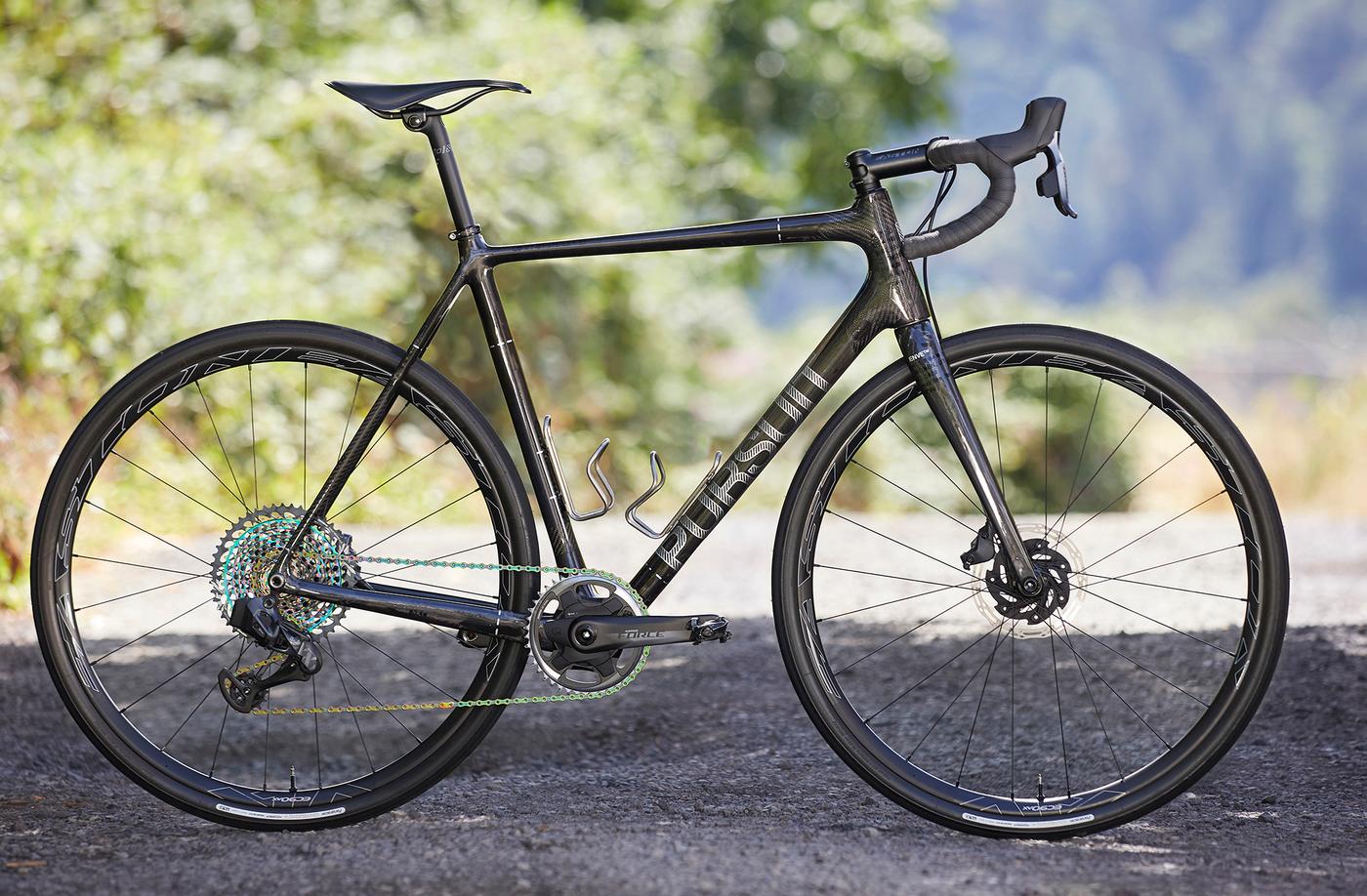 All in I probably had 6-10 hours into the painting process. Luckily I have a fair bit of practice with these markers on bikes considering this technique is how we did the open circles on the 2017 Speedvagen Surprise Me’s and I laid down about 2000 of those circles. It is pretty slow-moving and could have been done 100 times faster if I had any paint booth skills. Minus the clearcoat, the paintwork only costs around $40 for pens and paint. (I already had black 1shot, reducer, and hardener on hand)

The build spec is just a mix of my two favorite brands in cycling Easton and Sram with a Fabric saddle and tape to finish it off.