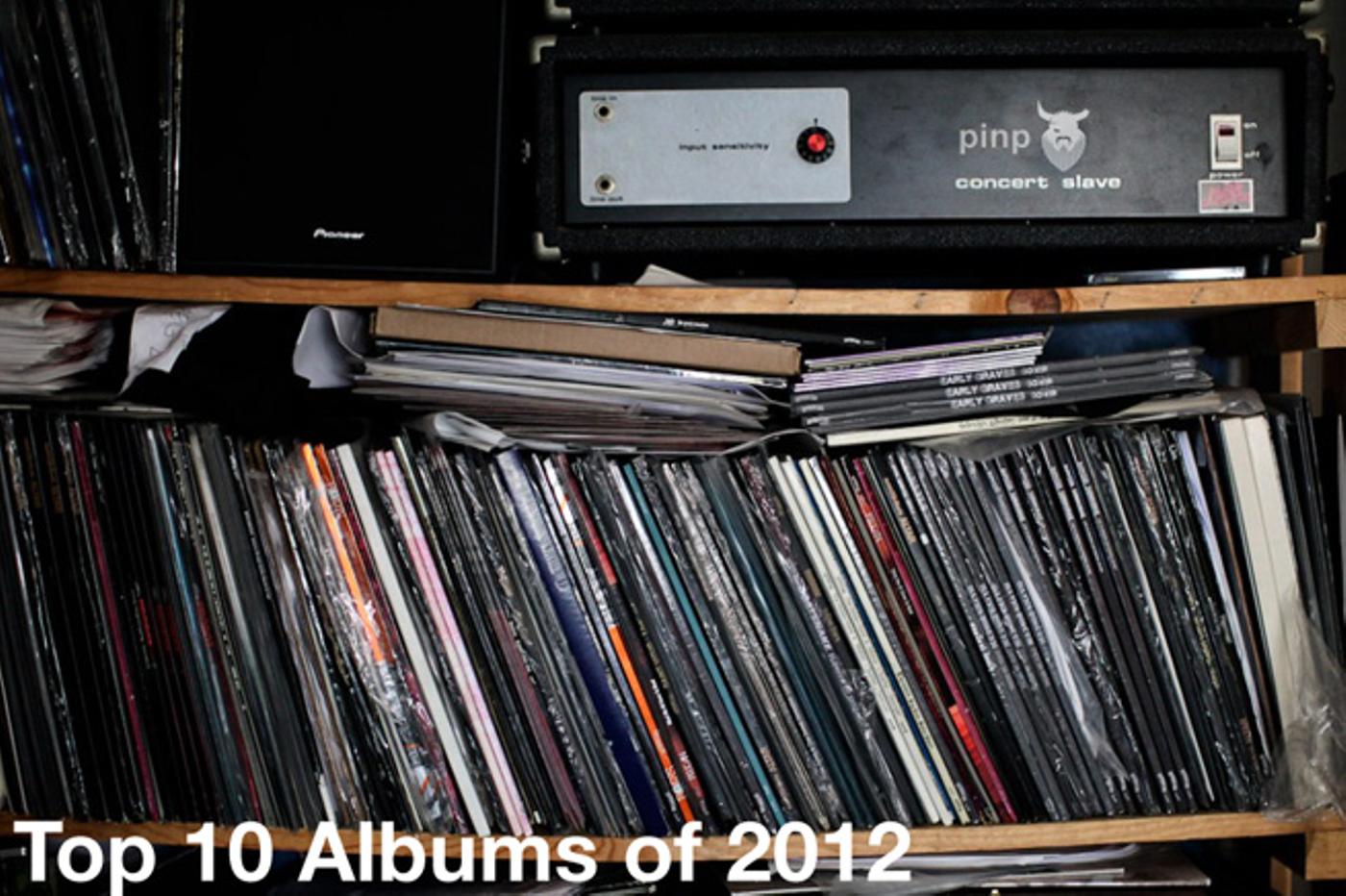 This year made it really tough to keep up with Tuesday Teardowns, mostly because of my travels. It’s hard to schedule album reviews while you’re in another city. I also had an epiphany one day: digitalization has essentially killed my music library. Not in a necessarily bad way, but an over-indulgent way. I used to comb over music blogs, downloading music from all over. It’d then sit on my hoard drive and go unplayed for months. What good was that? My appreciation for good music had started to die.

The final straw was when Kim.com’s Megaupload was kicked and other sites followed suit (literally). One by one, all my favorite music blogs started to dwindle and the whole time this was going on, I was already coming to terms that downloading music is killing the industry. Every week, I’d head out to my local record shop and flip through stacks like I used to as a kid in high school. My ears were tuned in differently and I began to appreciate albums once again.

That’s where this list comes into play. A lot of these albums were on such heavy rotation that I barely put them back into the stacks. They were either purchased at my local shop, or ordered directly from the artist / their labels. While not all of them are metal, you can definitely feel a reoccurring theme…

Check out the PiNP Concert Slave Top 10 Albums of 2012 below in no particular order.

Drunken Swedish d-beat for days. While “Paranoia” isn’t Martyrdöd’s best work, it’s damn better than most the other d-beat from this year.

Cult of Youth – “Love Will Prevail”

I first heard Cult of Youth a few years back and honestly, they were horrible. Then their self-titled came out and they had improved a lot. Fast forward to 2012 and I think we’re onto something very compelling. Even the girlfriend likes this LP.

Don’t hate. I’ve been a Legowelt fan for over a decade since first picking up a few albums while I was in Holland. While “the Paranormal Soul” is no “Dark Days”, it shows that all these years later, he’s still got it. Hands down a must have for any electronic fans.

Death doom metal has a new home and it’s Finland. Hooded Menace delivers yet another brilliant album, complete with bitchin’ album art and all the horror movie clips you can sit through.

With all the hype surrounding Chelsea Wolfe’s 2011 release, Apokalypsis, I had no idea what to expect from her in 2012. Truth be told, I still have no idea what Unknown Rooms is about. But I like it.

Fucking hell, those Toronto rippers are back with a new dose of love. This album is fucking brilliant.

The Dude is back with more dungeon doo wop and creepy videos. This album is a must-buy for anyone fans of Johnny Cash through Christian Death.

This one’s a bit of a guilty pleasure. Any band that coins themselves as “extreme metal” should be handled with care. Don’t get me started on the UK’s modern metal scene…
________________

I’m sure I missed a few great albums, send me a link in the comments!