The gap widens. Most riders have made it through Checkpoint 1 by now, while the top 10 already collected their second stamp at CP2. Still in the lead and keeping a ferocious pace is Jay Petervary, closely followed by Pierre-Arnaud Le Magnan and Kim Raeymaekers who have been bunny-hopping for 2nd and 3rd position since the start. Reaching their first checkpoint in the race gave a huge mental boost to many of the riders. Reconnecting with the home front via that long-awaited phone call and meeting others who are enduring similar highs and lows is a precious thing after spending hours to days with your own thoughts. Checkpoint 2 held its own little surprises. To officially reach CP2, riders follow a rough track that runs parallel to the no-man’s land with China and leads to Kel-Suu lake. To finish the actual parcours they first have to hike-a-bike to the top of a hill and then cross a waist deep river on their way down. Being facetiously called a sadist after the first stage of this race, many riders will secretly curse race director Nelson for including this gem. For first man in Jay Petervary it was a bit of an emotional arrival at CP2. The last 24 hours had been tough on him as he was suffering from heat exhaustion during some gruesome gravel climbs. But being welcomed by locals seemed to make up for all the hardship. As he stated upon arrival: “The people from this country are the best I’ve ever come across in my life. It makes me emotional. They welcome me on their horses, greet me, shake my hand and just carry on. People aren’t questioning me if I am crazy. I like that. This community is another reminder of why I do these things.” And exactly this is what shines through in every riders’ narrative so far: the incredible hospitality of this country. There are multiple stories of locals inviting them in for tea, providing food and water, or helping out with any kit issues – as far as possible in these remote areas. However: the toughness of the race also means many riders end up throwing the towel in the ring. The last 48 hours have seen a lot of scratched competitors. The total amount is now up to twenty-five and counting. Riders encounter numerous ‘scratchable moments’ as one of the riders described them. Those defining moments in which you decide to push through or give up. Bad luck, tough decisions, hairy situations; it’s the darker side of this unsupported adventure. But it’s also the attraction to many: to test what you’re made of, to stretch the boundaries of what you think you can achieve. Which is often way more than we think. A bit of a heartbreaking story comes from Lee Craigie, leading female from the start, who is now out of the race and recovering from a food poisoning at CP2. New female in the lead and Top 20 overall is Jenny Tough, who reached CP2 this afternoon. 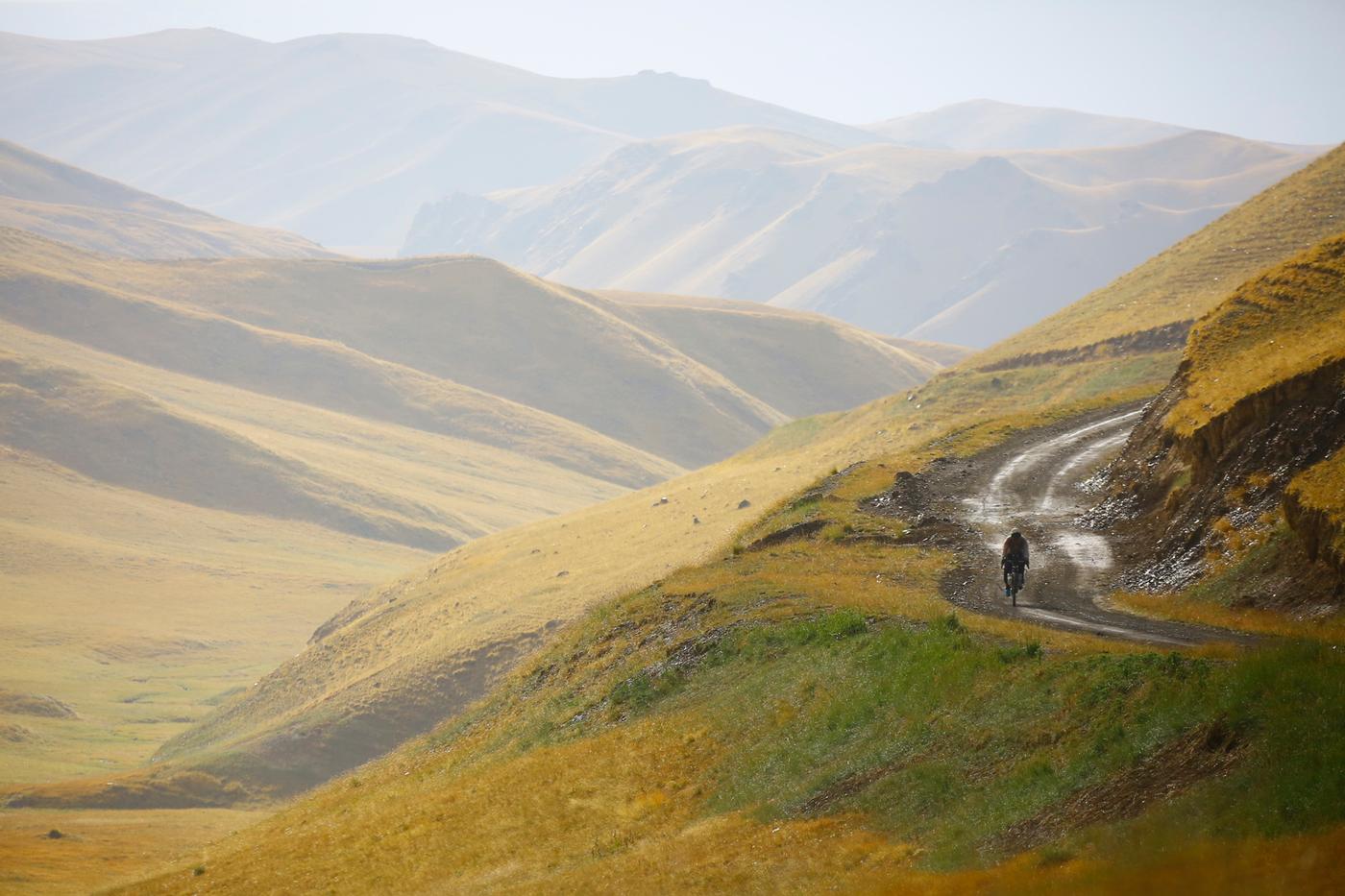 The 27-year old Canadian is no stranger to Kyrgyzstan. Two years ago, she ran unsupported through the Tien Shan mountain range from one end of the country to the other (just over 900 kilometers) which only took her an astonishing 25 days.

But the truth is: there is no real failure in a race like this. Whether you overcome those times of despair or surrender to them, they will be the ones that count in the end. They also happen to give us the rawest and most truthful insights in what all the warriors on the Kyrgyzstan parcours are going through. 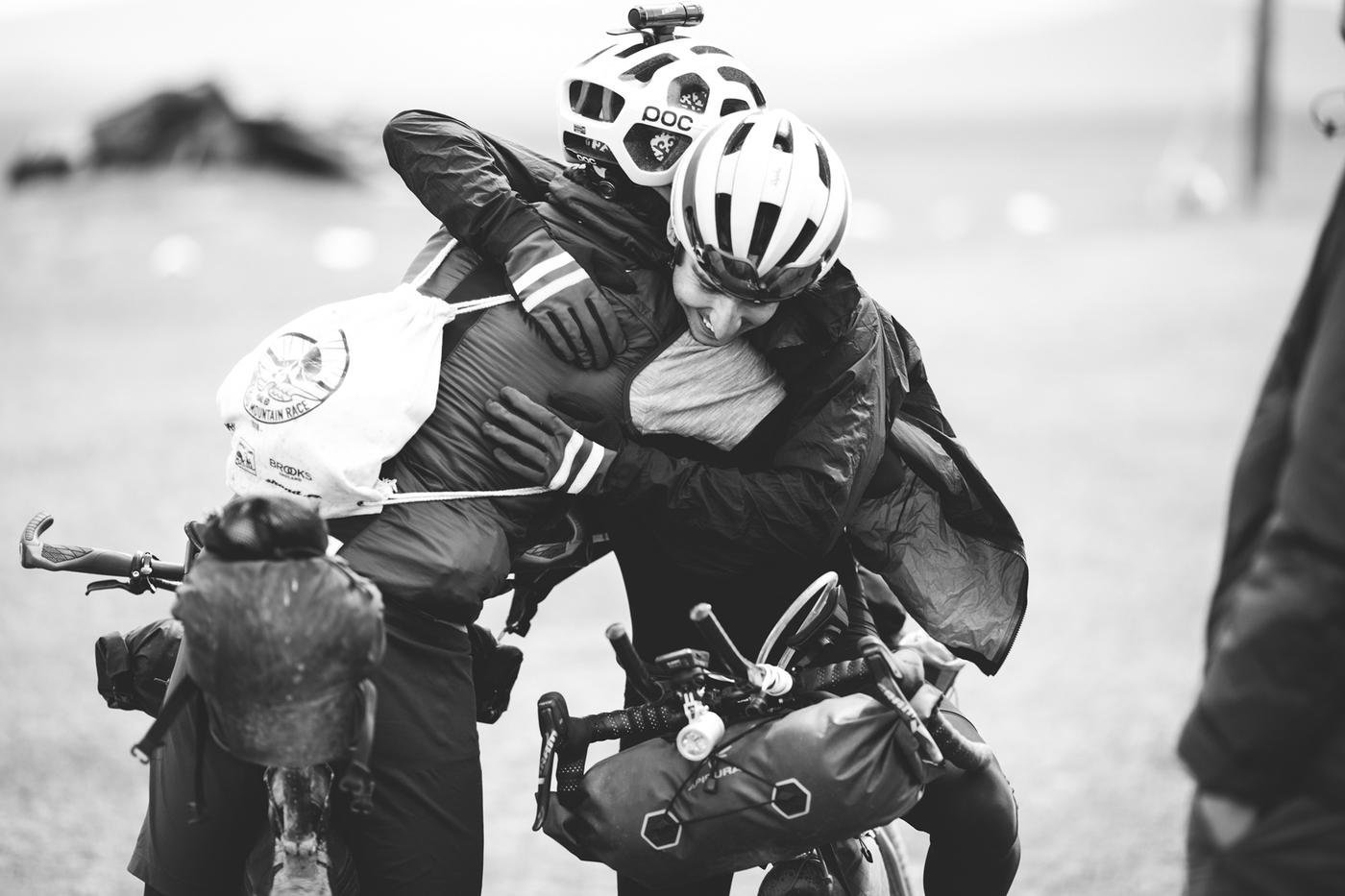