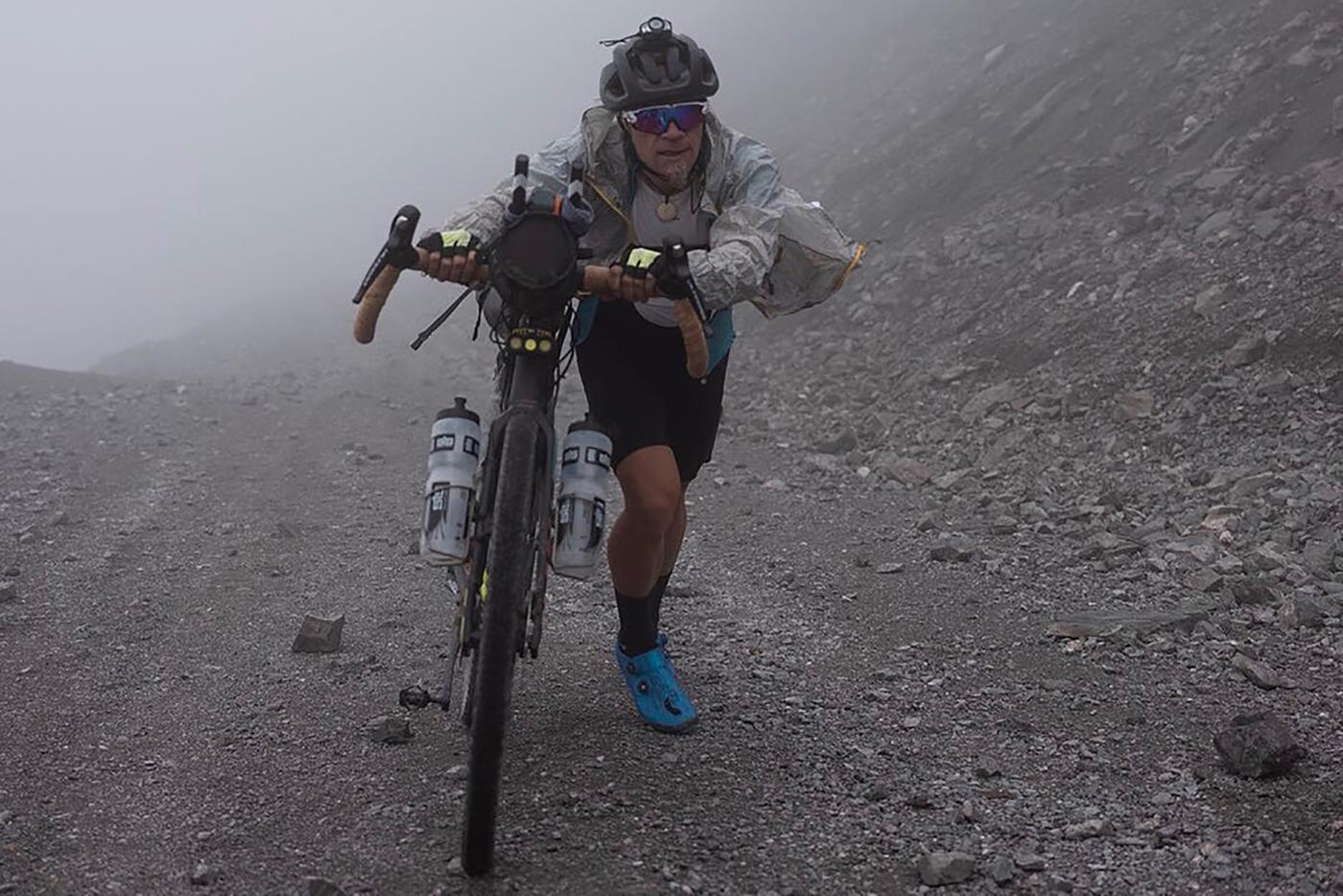 There’s always a first. Last Saturday, ninety-eight riders embarked on the inaugural PEdAL ED Silk Road Mountain Race. It might be the new kid on the block in the field of ultra-endurance bike races, but it’s definitely not the one trying to quietly blend in. Set in the vast landscapes of Kyrgyzstan, this unsupported single-stage race covers over 1700 km and 26,000 m of climbing, following decrepit Soviet roads and alpine horse trails, with very limited options to resupply along the route. All of this to be tackled within a fourteen-day time cut.
Who to watch and what to expect? As the riders are moving into Day 4, the contours of the race are starting to take shape. The unpredictable conditions of Kyrgyzstan’s alpine landscape already left their mark on this adventurous race. A sudden and severe snowstorm on Day 1 stopped many of the contestants on their way to the first high peak of the parcours: the 3,780 m Kegety pass. While part of the riders in the front managed to get through, many decided to camp at the bottom to wait out the storm.

The first to make it through and the man in the lead, for now, is veteran Jay Petervary. The multiple-times winner of the Tour Divide and Iditarod arrived at Checkpoint 1 at 2 AM (GMT+6) last night, 41 hours into the race.

Beers and good spirits… but the fat lady is far from being ready to sing. With a still staggering 1245 km to go from there, the competition is wide open. Among the names to keep an eye on our current runner-up Kim Raeymaekers, followed shortly by Pierra-Arnaud Magnan, and Transcontinental Race Top 10 finisher Levente Bagoly. Coming in strong is Scottish ex-pro mountain biker and off-road endurance racer Lee Craigie, who is riding in 5th position overall and the leading female rider. After dealing with some stomach issues right after the start, she seems to have regained her strength. And then there is Jan Kopka, who was making his way down the snowy tracks of the Kegety pass in a sleeveless jersey while drinking one of the two beers he carried with him since the start. But nonetheless – or maybe thanks to his good spirits – is holding an impressive 6th position so far. 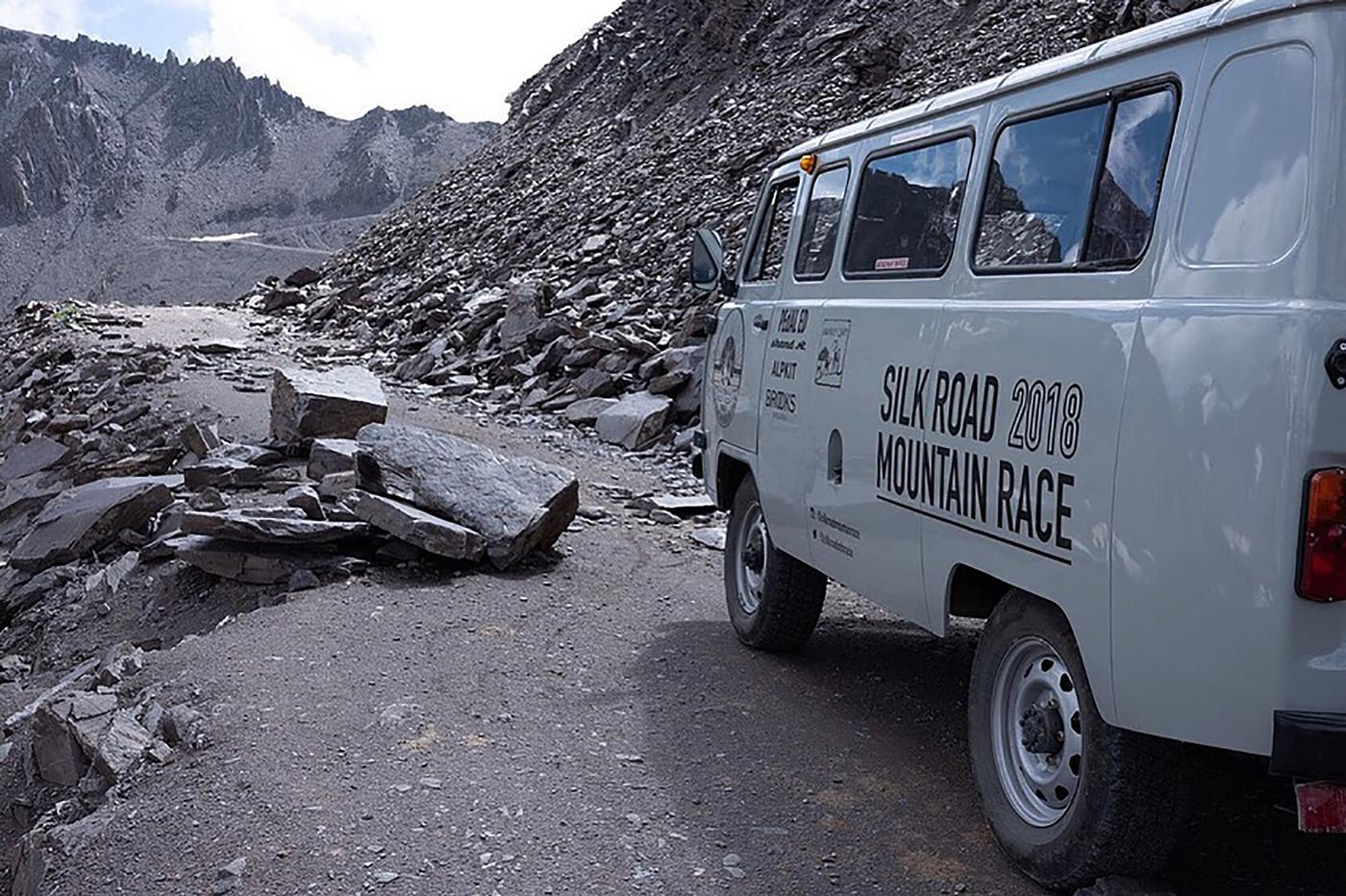 One down, Three to go
But being underway for three days now, the race is also starting to take its toll on competitors. Although the front of the field is going strong, some small dramas have occurred in the middle and back of the pack. The first reports of riders scratching the race due to mechanical or health issues came in early this morning. Considering the immensity and remoteness of the Kyrgyzstan landscape they are traveling through, these most likely only represent the top of the iceberg. For many riders, Checkpoint 1 will be the first stop taking them out of the remoteness, and into a welcoming oasis of human interaction and warm meals. But moreover: the place to collect their first Checkpoint stamp, one out of four until the finish. One down, three to go.