For as long as I can remember I have wanted to be an “Ultra”. Ultraromance and Ultratradition really have it all: the looks, the tan lines, the grey tires, the lycra, then the wool and the HAIR (don’t get me started on the hair!). Like most of you, I grew up watching these guys on TV and at the age of 15 I REALLY aspired to be the next Ultraromance when I grew up. I used to travel out to all their road races and got to see Ronnie COOL Romance win 8 road races in a single season wearing his stunning Team Wooly Mammoth colors. His category was called Cat 5, which he assured me was high up in the pecking order of athletic accomplishments. As I grew older my interests changed. About the same time, Ron gravitated to 63cm wide drops I switched teams and became a diehard Ultratradition fanboy. Mostly because Patrick still wore proper spandex. I even got to meet him one time in Texas. He signed his Wooly Mammoth jersey and gave it to me… for only $200. To give you an idea of where my head was at, this was around the time that I decided Geroge was my favorite Beatle. Over the years I have been fortunate to acquire many of their collectibles. I have (almost) all of their Betamax tapes and action figures from back in the 80’s boxed up somewhere in the basement. Fun fact: I read on Wikipedia that Ron lost a fortune when he bet all the company’s $ on Betamax. He still hates VHS to this day because he feels it was an inferior product and won’t go anywhere near a VCR! Anything vintage Ultradynamico is super collectible now and worth quite a bit of money in rural Czech Republic, where their videos still air on public television. 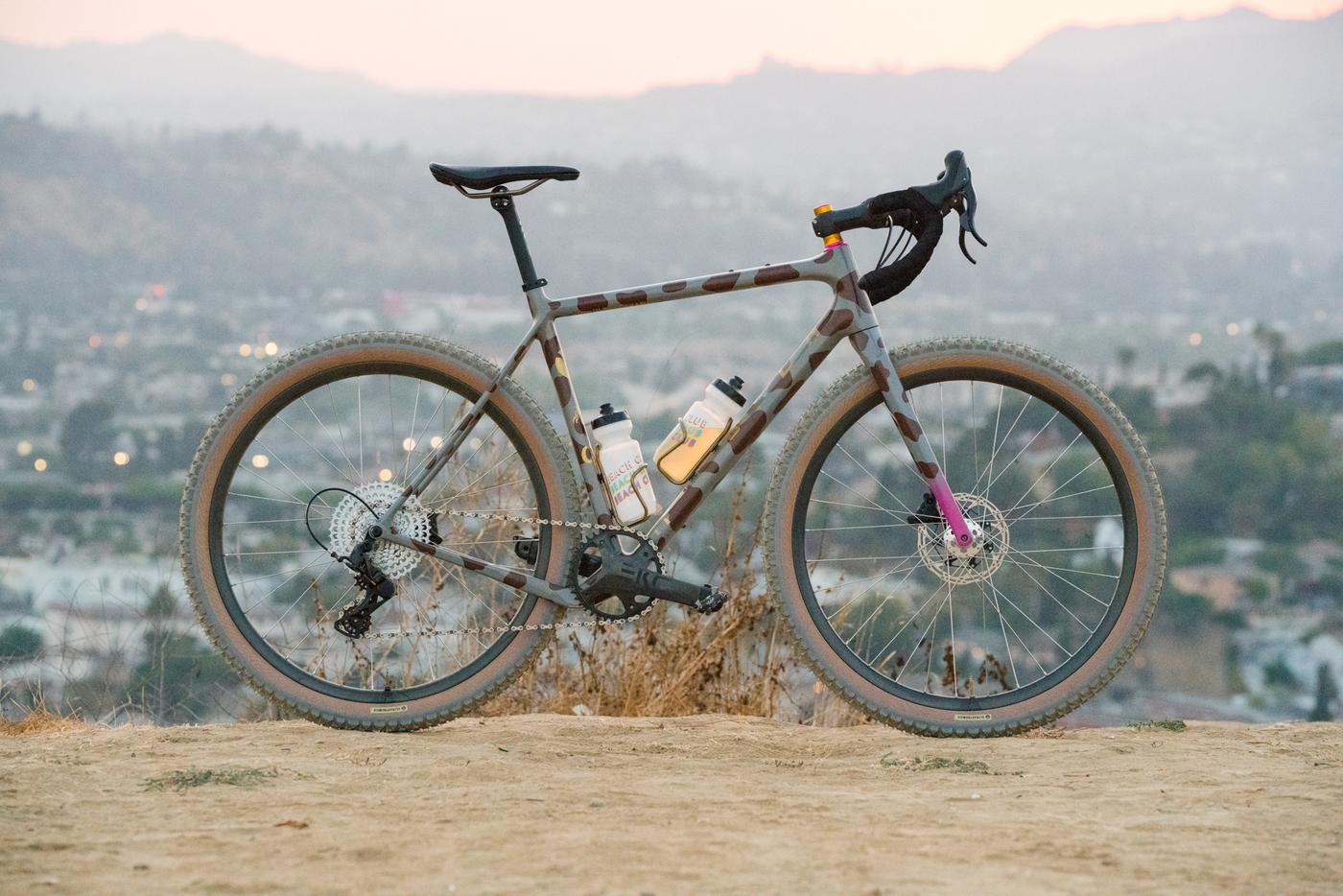 I built this Open Wide as a tribute to my two heroes from the world-famous Ultradynamico tire company. The frame is an Open WI.DE. It is equal parts lightweight and fun. 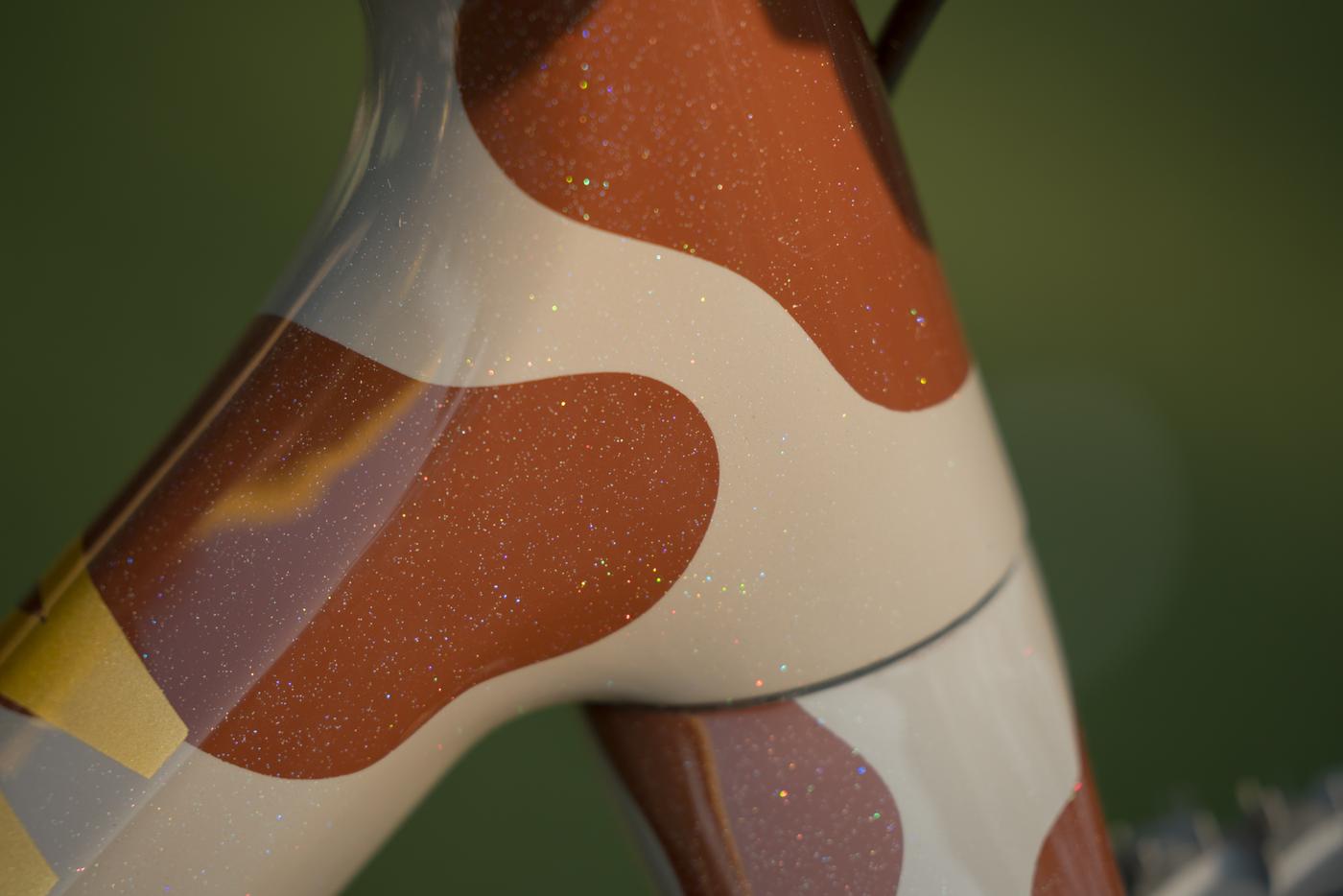 The paint was made to match the Ultradynamico signature grey “racing compound” on their new Mars 27.5 x 2.2(??) tires and has rainbow flakes in the clear coat because Lisa Frank was once my third favorite celebrity. I put a Campagnolo groupset on the bike because I know the guys like red wine and stuff from Italy. Thanks to Industry Nine for sending the free wheelset (not pictured) with matching pink hubs and if anyone from the company reads this I am sorry I lied and told you the bike was for Lance Armstrong. 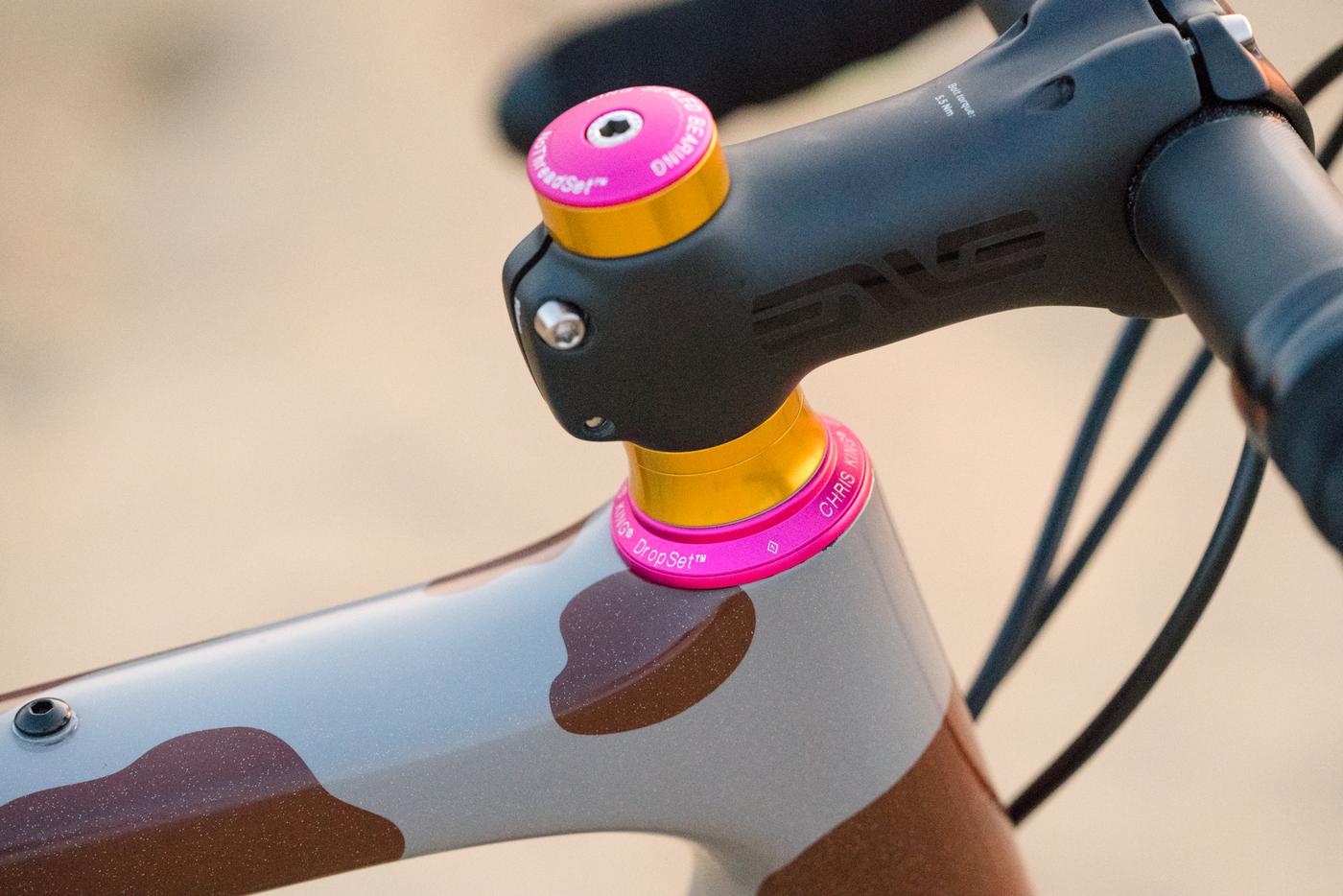 If either Ron or Patrick happen to read this story I would like to say that my name is Sean Talkington and I would still love to be an Ultra. I have met both of you numerous times and wanted to thank you for taking a picture with me at Grinduro. It was the best $40 I ever spent. I’m not sure if you remember, and I hate to pester, but I gave you both the required $650 to review my application for Ultra status in 2007 and have yet to hear back. I spent a lot of money making this bike, so if there is a way I could be on the team I would really appreciate it. Just to be clear, I am still your number one fan and willing to grow out my hair and wear lots of wool if it helps.