The Coaster Brake Challenge: And Y'all Thought You Were a Freak!

Welcome to the beautiful dark twisted world of Paul de Valera and Atomic Cycles‘ Coaster Brake Challenge! A race I have known about for over a decade, a race that my mentor JimC would race religiously, but for some reason, I never made the time to attend. I always made up some kind of excuse, usually, it was about the bike, which is bullshit. Paul and Atomic Cycles have plenty of loaners, and as you can already tell from the title of this story, these bikes are simple, cheap, and easy to build.

There are absolutely no gears allowed, no hand brakes, and the wackier the frame the better! Remember coaster brake hubs are 110 spaced, so your fancy single speed mountain bike is not the best candidate. People do it, but it takes some finessing. These bikes can be as cheap as you like, the more thrashed the bike, the better. I made the mistake of showing up on a brand new We The People 26in Avenger that I gussied up real pretty for my first rodeo. I think Paul was the first person to give me shit. Luckily it caught Juan Tomac’s eye, a seasoned vet, rocking a beautiful Atomic Cycles Red Menace, which Paul designed specifically for this event, which made me feel a little better about my choice of bike. Don’t get me wrong, there is some serious bike porn at these races too. You’ll see everything from beautiful pinstriped cruisers, to Paul’s hacked up Schwinns with Landing Gear forks, but all are ridden hard and put to bed hot! Your coaster hub can be 400 degrees at the end of a race, that’s about how hot your oven should be to bake a nice loaf of sourdough bread, and that’s why you wanna turn your attention to each and every coaster brake mod. There are homemade cooling fins and fans, beautiful mods to make the “coolest” of all of coaster brake hubs, The Bendix fit 135 spaced mountain bikes, and even external water cooling systems. This shit is wild, you really gotta see it to believe it. Enough about the bikes and brakes, let’s talk about the races. Each 4 race season gets progressively harder, until the final race which is just wacky, it’s more like a coaster brake biathlon! Yep, you read that right. Be it slingshots or Nerf guns, you better be a good shot if you want the points. The Coaster Brake Challenge happens every January and July of each year, they are now on #23, which is shaping up to be a good one, with defending Champion El Dirty Boy being in pretty bad shape. The 22nd CBC was my rookie season, which I both photographed and raced all four races, and that wasn’t easy. There is little to no racing photos because I was actually trying, even won one of them, sorry in advance. All the races start at a donut or coffee shop, routes or courses are never given to the racers until the morning of. Our first race was the entire length of Dirt Mulholland, an out and back. This was a lot of fun because it didn’t take much technical skill on the coaster brake, and once you started your journey back, you were cheered on by racers yet to make it to the turnaround point. The second race was by far the most technical of all four of them. This race was held on a long-forgotten secret course off of Black Canyon and utilized much of the steep, rocky, and technical single-track of the area. It was also 100 degrees outside, so that didn’t help our braking capability one bit. This was where I excelled, even came home with the win on this course. This style of Coaster Braking is definitely more my jam, it reminded me of being a kid again. It was less about your fitness and more about you thinking you were Evil Knievel. I’d just point my bike in the direction I wanted it to go and just hoped for the best. I had full trust in my chain, my Shimano Coaster Hub, and the marine grease I’d picked up at the local automotive store. Race #3 was by far the hardest! It was a 7.5-mile fire road climb with 3,000 feet of climbing, at the top we turned around and bombed straight down the way we came. It was like we were piloting kamikaze bicycles straight down a mountain towards some of our best friends. It was not cool, and there were more than a few close calls, but everyone was having the time of their lives. This race was especially spicy because Greg Garth from the CNCPT Team came out to give Adam “The Dirtiest of Boys” who’d been dominating the season a run for his money. Greg crushed Adam to the top, but Adam’s excellent coaster brake training came in handy on the way down, eventually passing Greg, and giving him the win! The fourth and final race was by far the most fun. 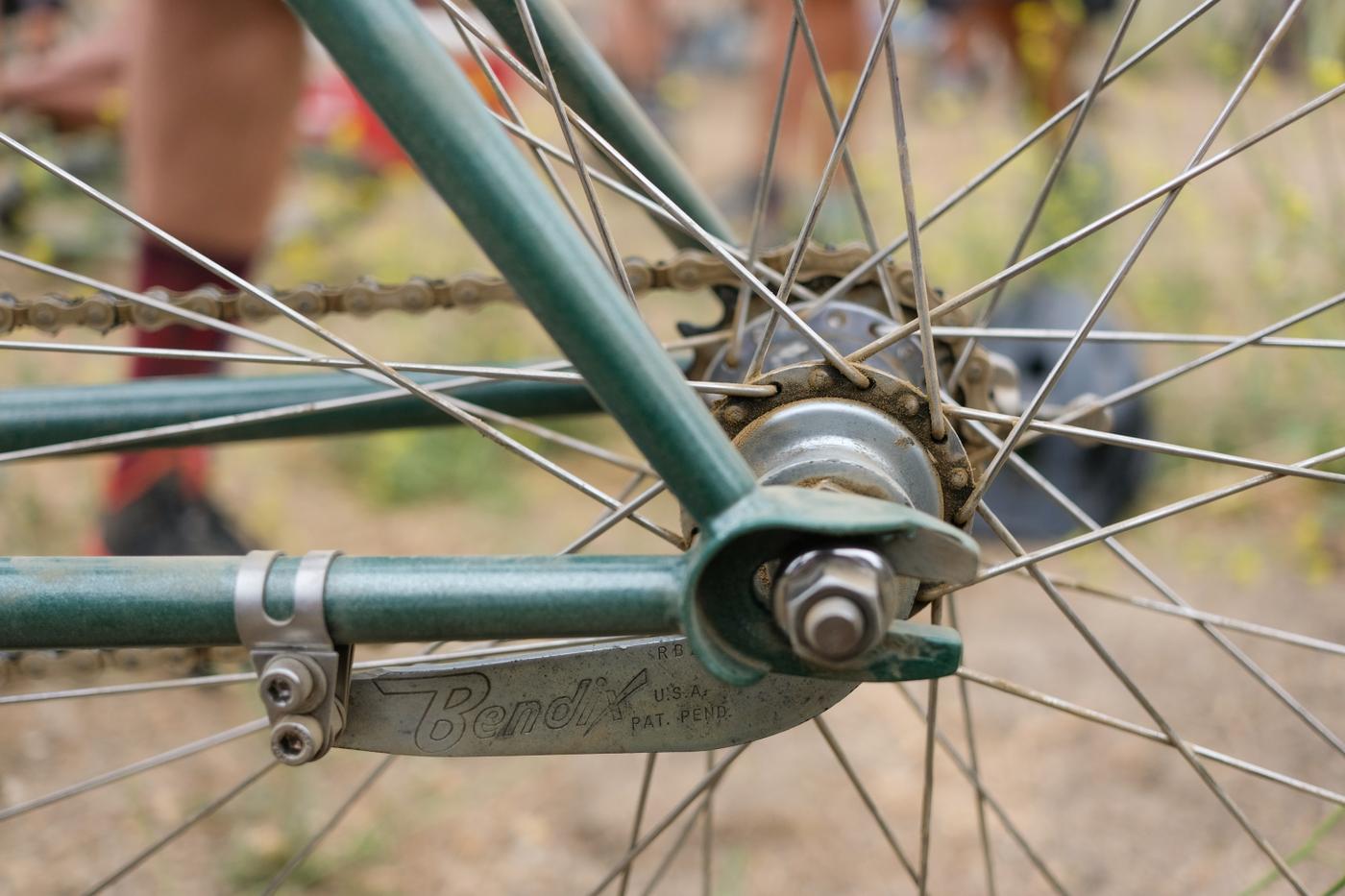 There was a huge turnout for this race, while there was little to no climbing, the course weaved its way through hobo trails and local trash dumps, each lap ending at a Nerf gun shooting range. This really equalized the playing field. Unlike all the other races, everyone had a smile on their face the entire race. It was absolutely bonkers, we were all 8 years old again riding bikes around the neighborhood, shooting each other with Nerf guns, dodging all responsibility, and remembering why we ride bikes in the first place. Adam “El Dirty Boy” went home with the overall victory and the bragging rights of the 2019 summer series! If you’re remotely interested in what I’ve talked about here, I’d highly suggest heading to Atomic Cycles and picking up one of the Coaster Brake Challenge Handbooks and then coming out to the first race of 2020 this Sunday. If you dig it, come out every Sunday, every January and July of every year!

And y’all thought you were freaks, these cats be the real deal! Take a look at the photos and get your ass out there!