The Áspero is a gravel bike. Or if you would prefer to call it an all-road that’s cool too. You could take it bikepacking – because any bike can be a bikepacking bike – or on a road ride, or a multi-surface ride, or a gravel race! You could party during Grinduro, pedal all 100+ miles of the Mid South and other popular rides or races on it. It’s completely capable to handle that sort of thing.

What the Áspero is not is a typical Cervelo. There are no massive logos or bone-chattering carbon stiffness, and while it plays the aero game in form, it does not follow this function. The Áspero feels like a super hip all-rounder for the ex-roadie 2.0 market but man, it does this with class and an approachable aesthetic with details to boot. 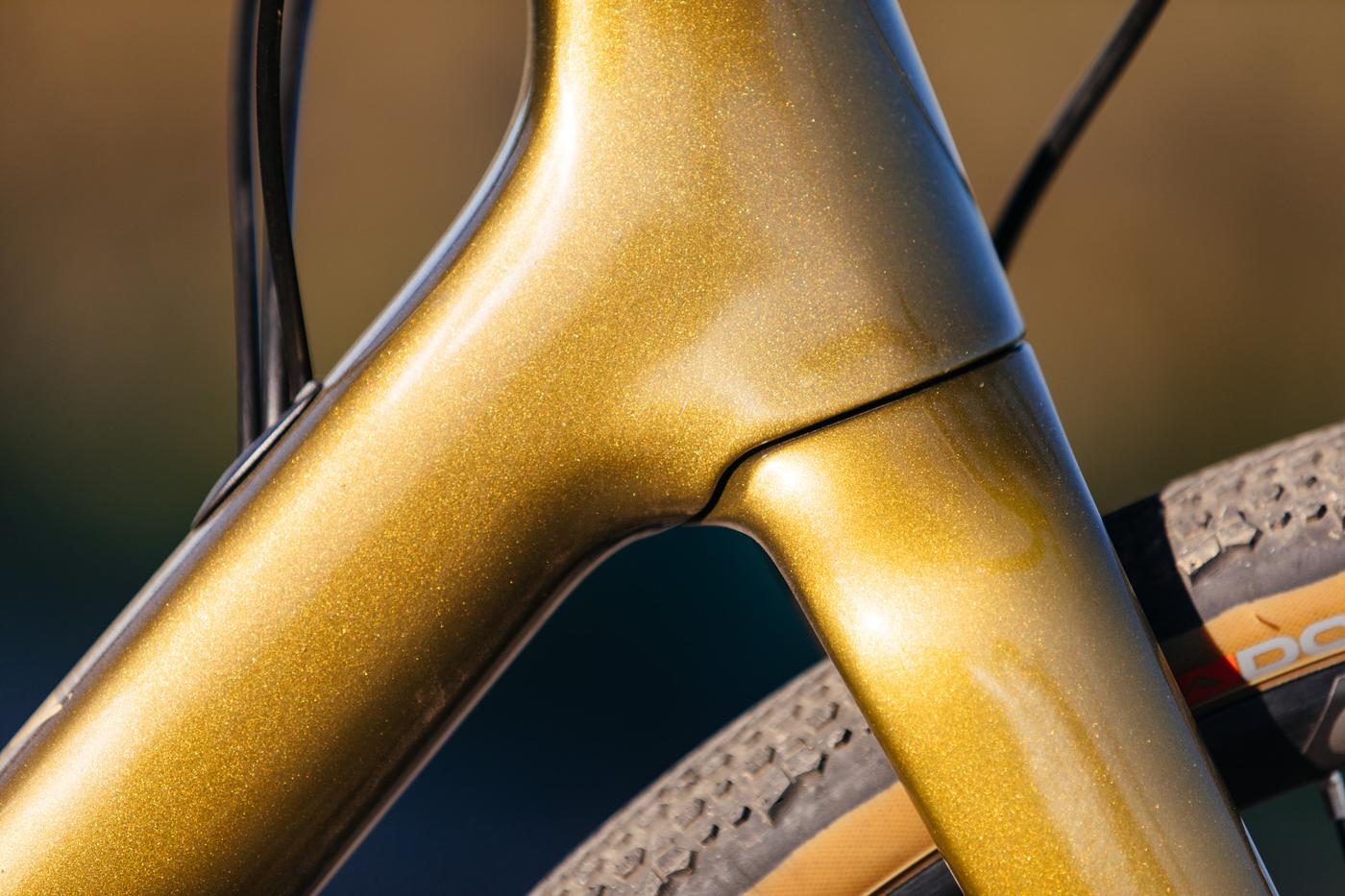 If you took the logos off this bike and saw it for a split second, there’s no possible way you’d be able to distinguish the Cervelo-level carbon sculpting that’s going it. It might look like a Stigmata, or a Hakka, or even something from Specialized, but I wouldn’t be able to pinpoint its exact brand of origin at a quick glance. It’s not until you really look at this bike that you can appreciate its design language. 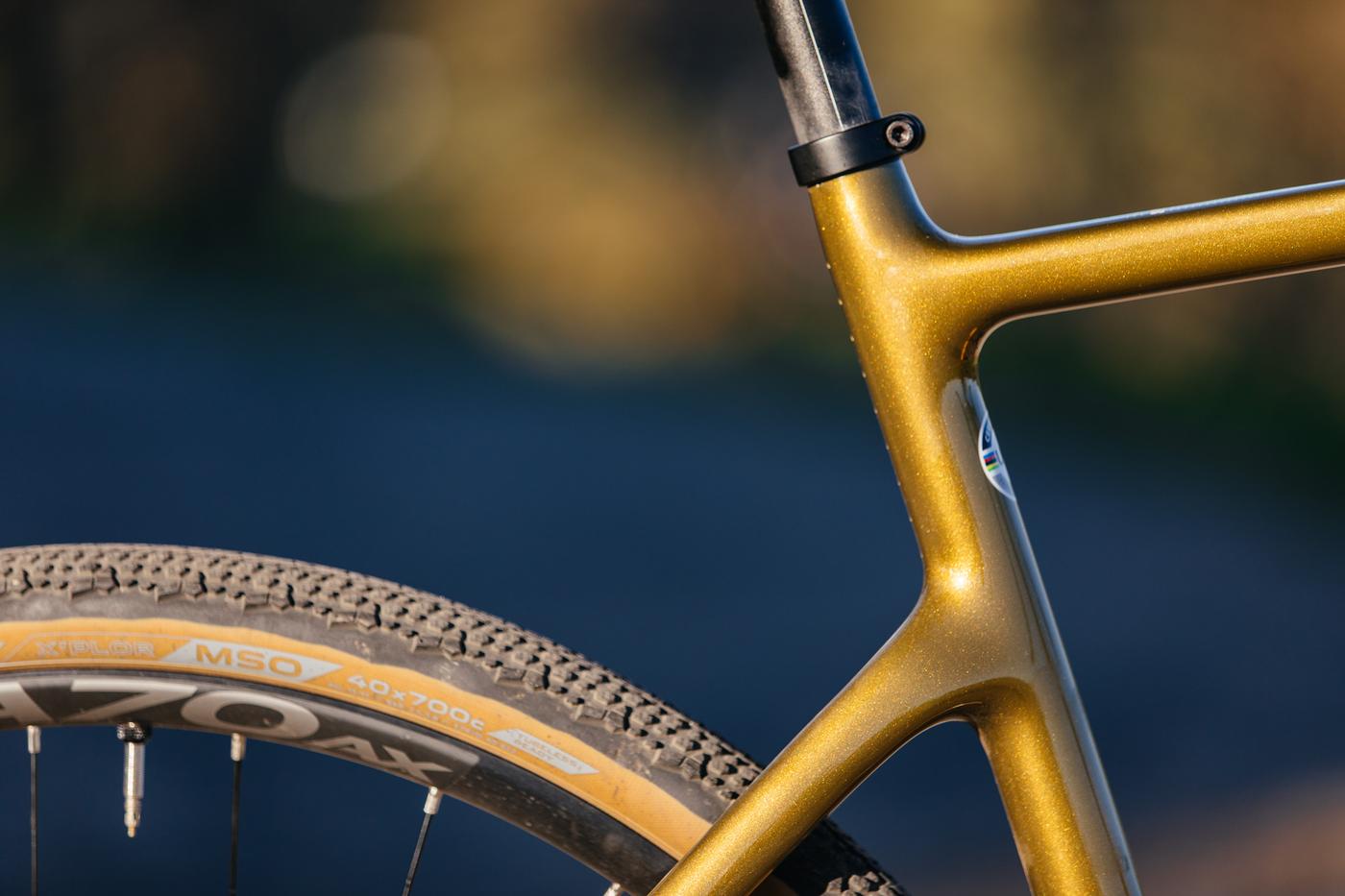 I know I said it’s not an aero road bike, not in the traditional sense, and no, it doesn’t have a massive downtube like Cervelo’s time trial bikes, but this frame design has some really beautiful moments in it. The head tube molds to the fork crown, the dropped seat stays wrap their arms around the seat tube and a tiny cleave in the back of the seat tube gives it a bit more space for a tire. There are integrated cable ports, extra bottle bosses, and even bosses that are hidden under a rubber gasket on the top tube for a bolt-on food bag.

Yeah, there’s a lot going on with the Áspero and that is its Cervelo DNA shining through. 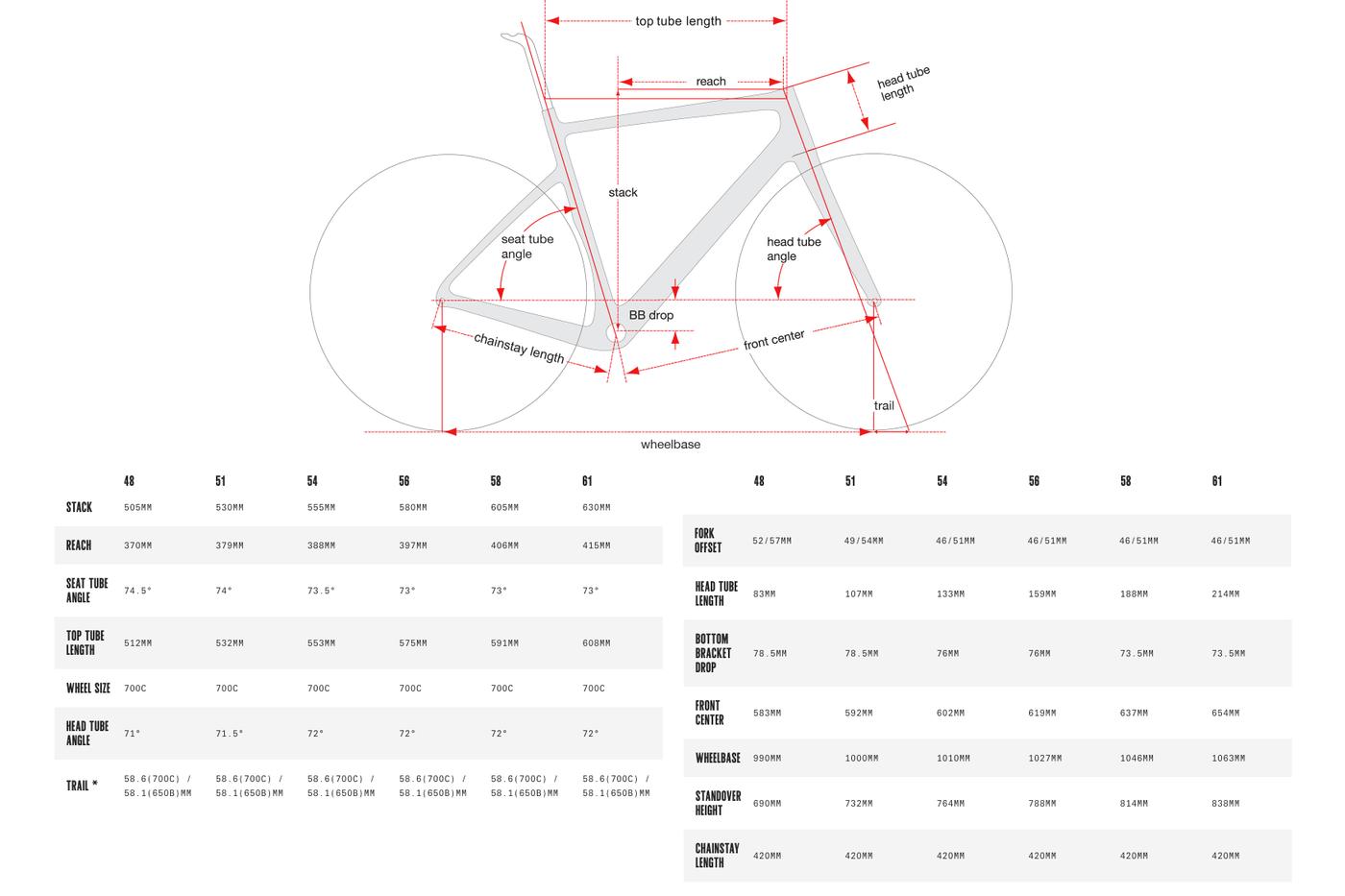 For the 58cm frame I rode, the seat tube angle is 73º and the head tube is 72º, with a 73.5mm BB drop, and a 420mm chainstay across all sizes. These numbers are pretty typical for an off-road drop bar bike. Nothing extreme is going on with the geometry but if you’d like to tweak the trail on the bike thanks to a thru-axle flip-chip in the fork Cervelo calls the Trail Mixer. The bike was designed with 62mm of trail and the Trail Mixer enables it to remain constant when swapping between 700 and 650b wheels. So with a 700x42mm tire and the chip in the front, trail remains 62mm. When you flip the chip to the rear with a 650bx51mm tire, it remains 62mm. If you wanted more trail on a 700c wheel, you could flip the chip rearward and end up with 67mm. Or, if you wanted less trail on a 650b wheel, you could flip it forward and end up at 57mm. These numbers might not be all that extreme but people like to obsess about numbers and having an option to adjust the bike’s trail is nice. Especially since it’s such an unobtrusive detail. I didn’t touch the Trail Mixer because I didn’t swap out the wheels at all. 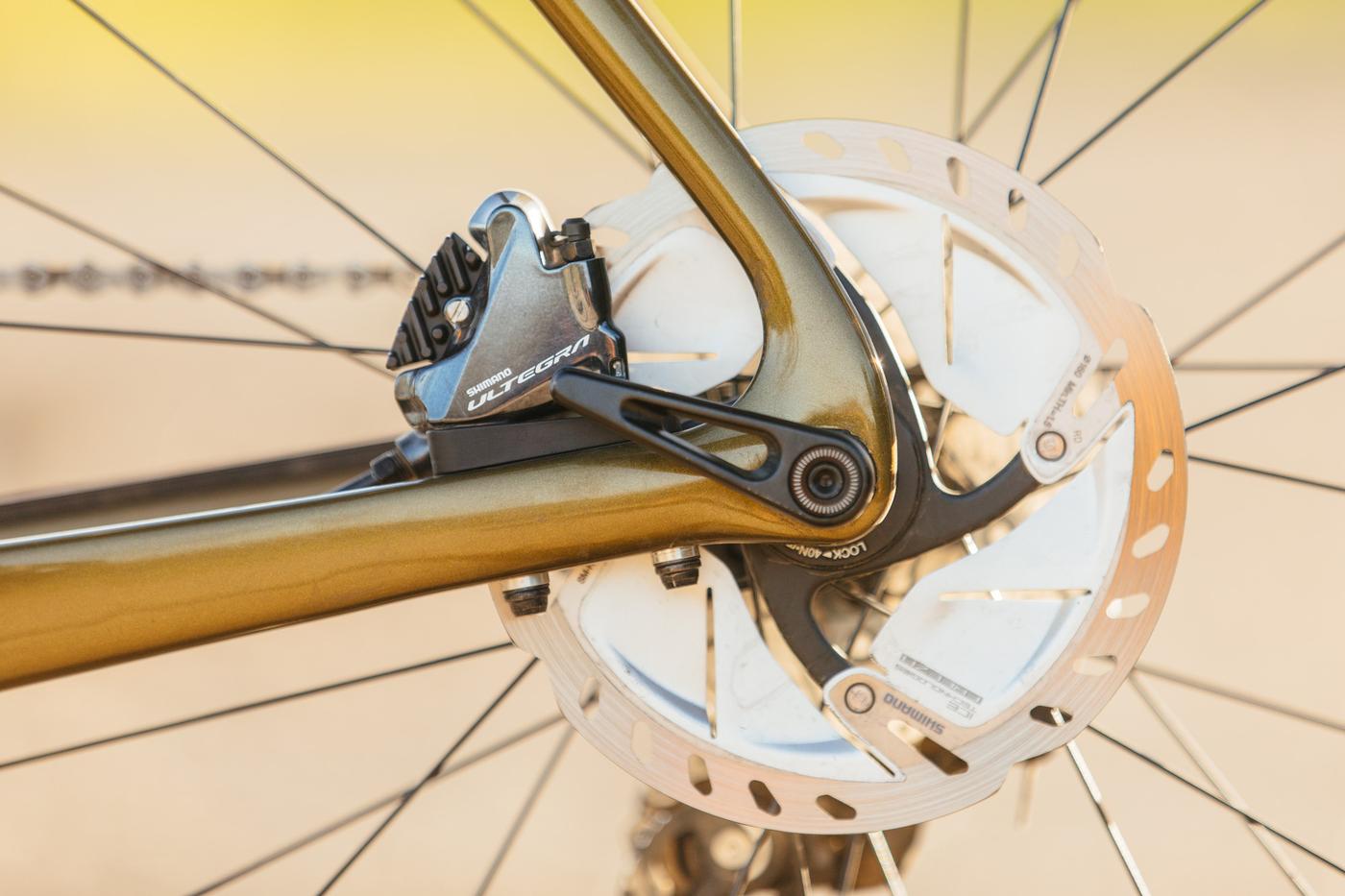 With pricing ranging from Apex 1 $2,800 to Force eTap AXS 1 for $6,000, you’ve got options. I was able to review the Ultegra RX build spec, coming in at $4,000 and built with a mix of Ultegra and Easton components. Every kit comes with flat-mount brakes, which look seamlessly integrated with the frame’s details and design language. The 2x drivetrain is a nice way to mix it up, compared to the onslaught of 1x kits I tend to review. 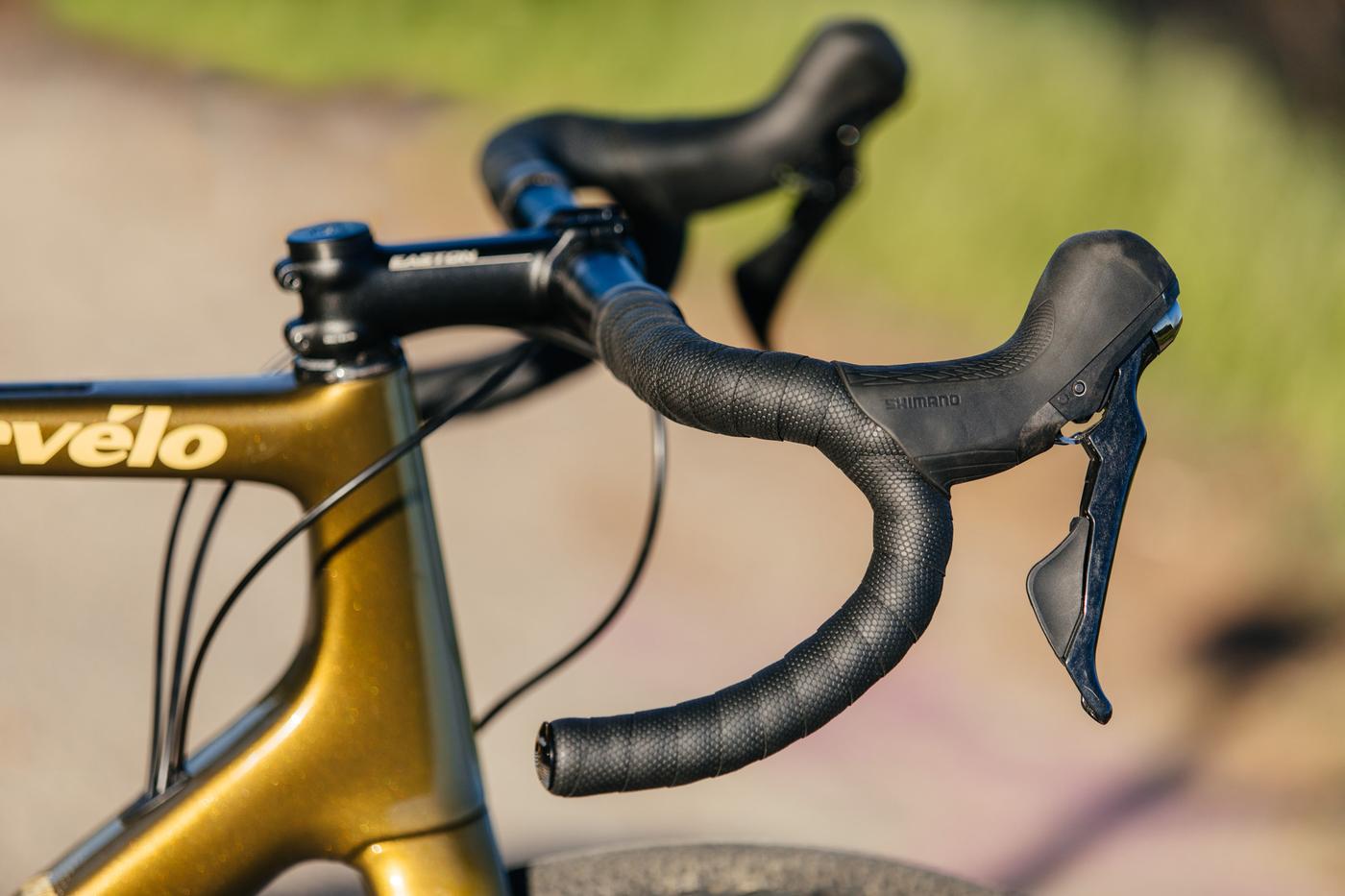 The Easton EA50 AX bars match the performance-aligned body language of the Áspero with 16º of flare and 120mm of drop. They’re just wide enough at the drops to give you a wider grip while ripping down a fire road without feeling awkward on pavement. Even the ramp formed by the Ultegra hoods just adds to the exceptional ergonomics of this cockpit. 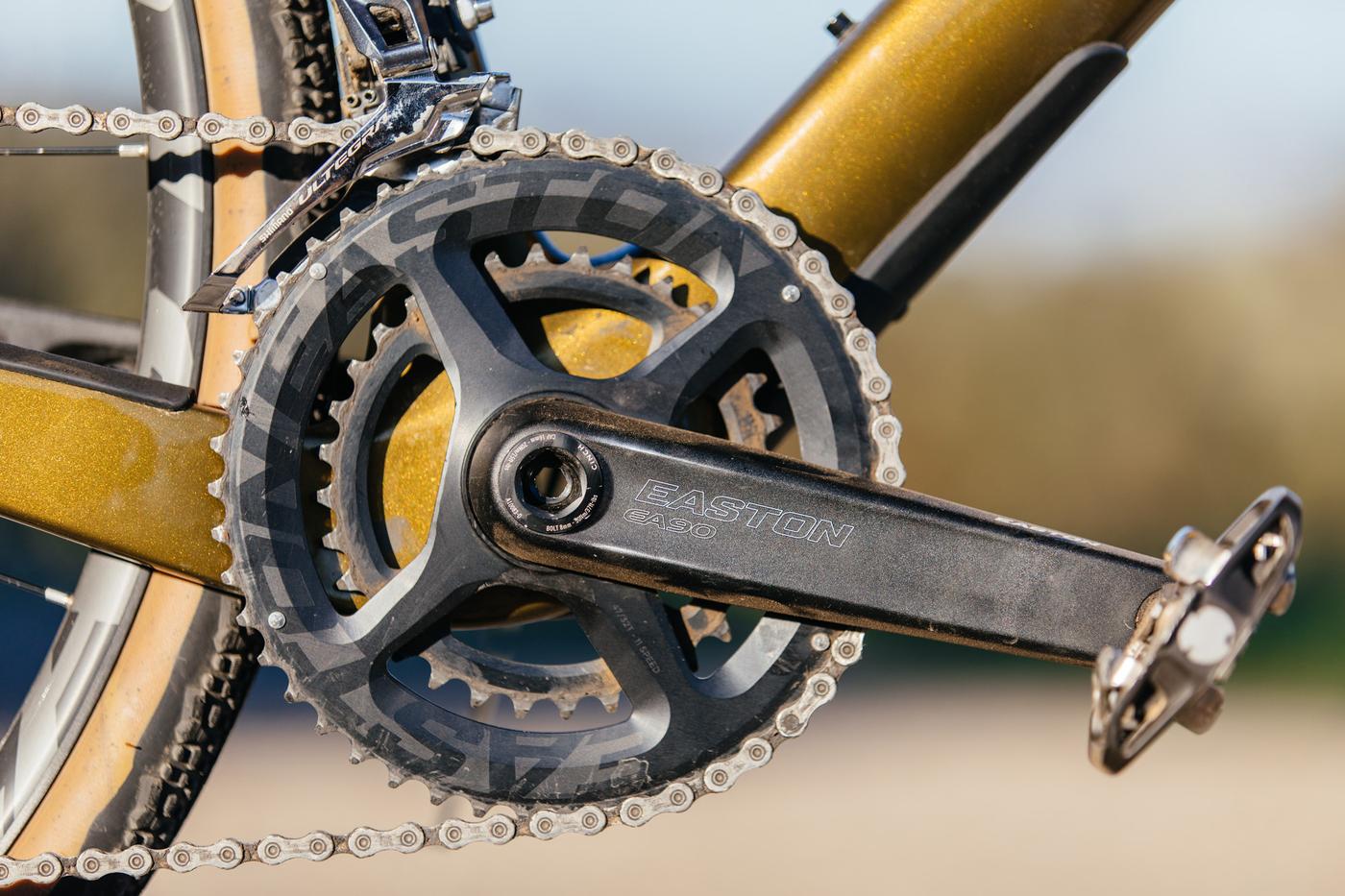 Easton’s chainrings ramp quite nicely with Ultegra and look better than the Ultegra cranks, IMO 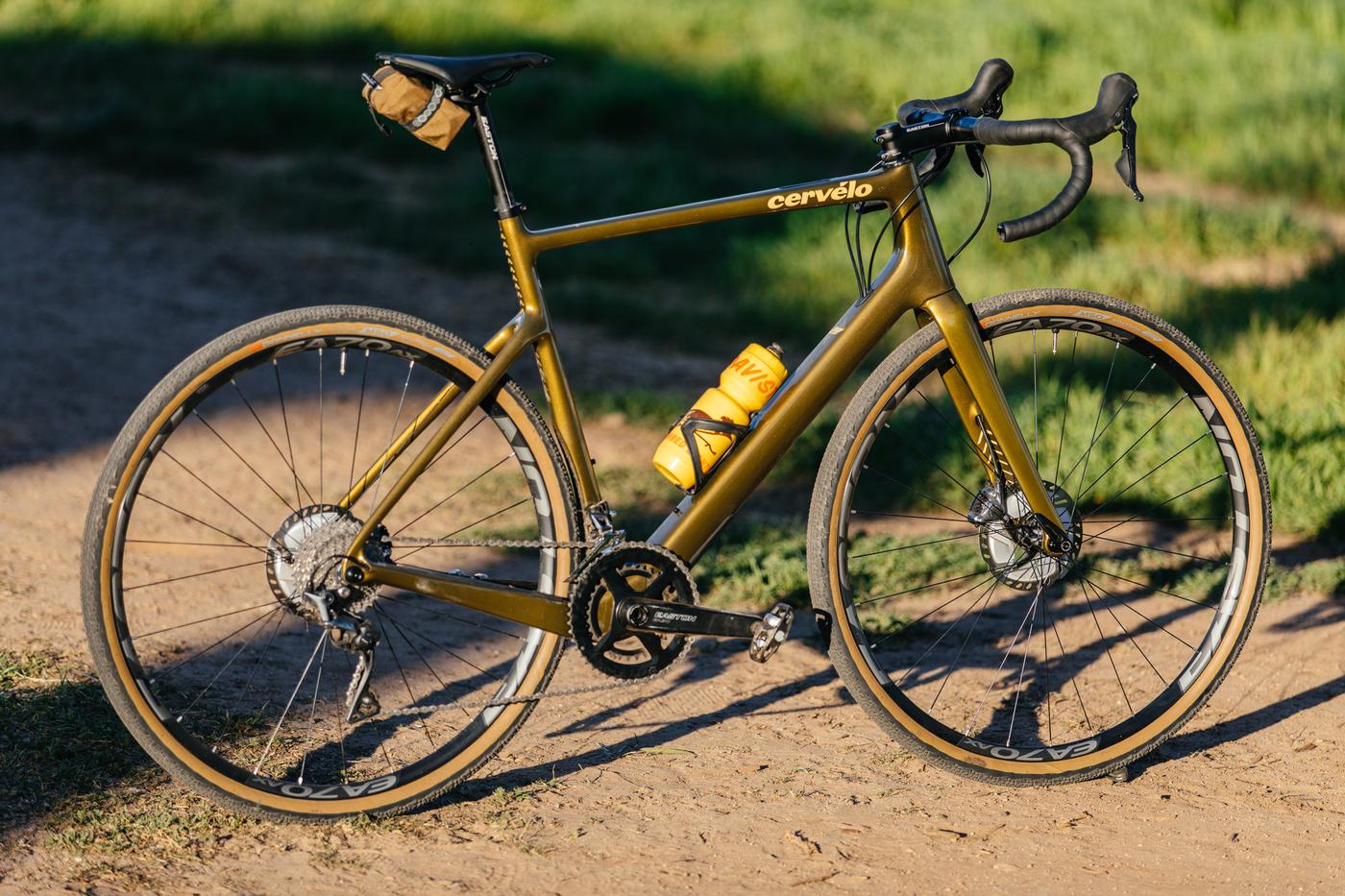 If I were to put the Áspero on a family tree, it might not even be in the Cervelo family. It’s stiff but not too stiff, as I tend to find very stiff bikes too chattery on rough roads. I used the Áspero as a road bike for the most part, taking it on the rides I’d normally use my Firefly for. I’d say in this review period I’ve spent a good amount of time on a mix of asphalt and dirt. Here in LA, we have to ride through about 8 miles of city streets to get to the dirt roads here.

It climbs without feeling sluggish or dead and is one of the more comfortable carbon all-road bikes that I’ve spent on some of the bigger climbs here in Los Angeles. The nice part about the Áspero is it is as equally at home on paved or dirt roads but really comes alive off-road.

Looking at the bike, you wouldn’t think it would dominate the dirt as it does and I think that’s a good thing. It’s nice to be surprised and to have your expectations surpassed. Áspero goes where you point it and doesn’t slow down. It’s like riding the rails all the way down the fire road.

While the Áspero is a great bike, it’s not without its nuances. While I love the shaping of the frame, this seat tube cleave seems silly. Especially for a gravel bike. It’d be one thing to simply carve out the tube to increase seat tube flex but to indent the tube like this gives a place for dirt and mud to reside. I wiped the frame down a bit after riding through a big mud puddle that caked the frame and as you can see, I would have had to remove the wheel to properly clean it. The entire ride home, you could hear the tire scraping on the caked-up mud that found its way into that cleave. My biggest qualm with the Áspero is this cable routing. It’s not that it doesn’t work, It just looks like a mess, visually and it’s the first thing people would ask about when I’d bump into friends on a ride. It also makes the cables flare out wildly, versus coming in off the tube with a tight radius. 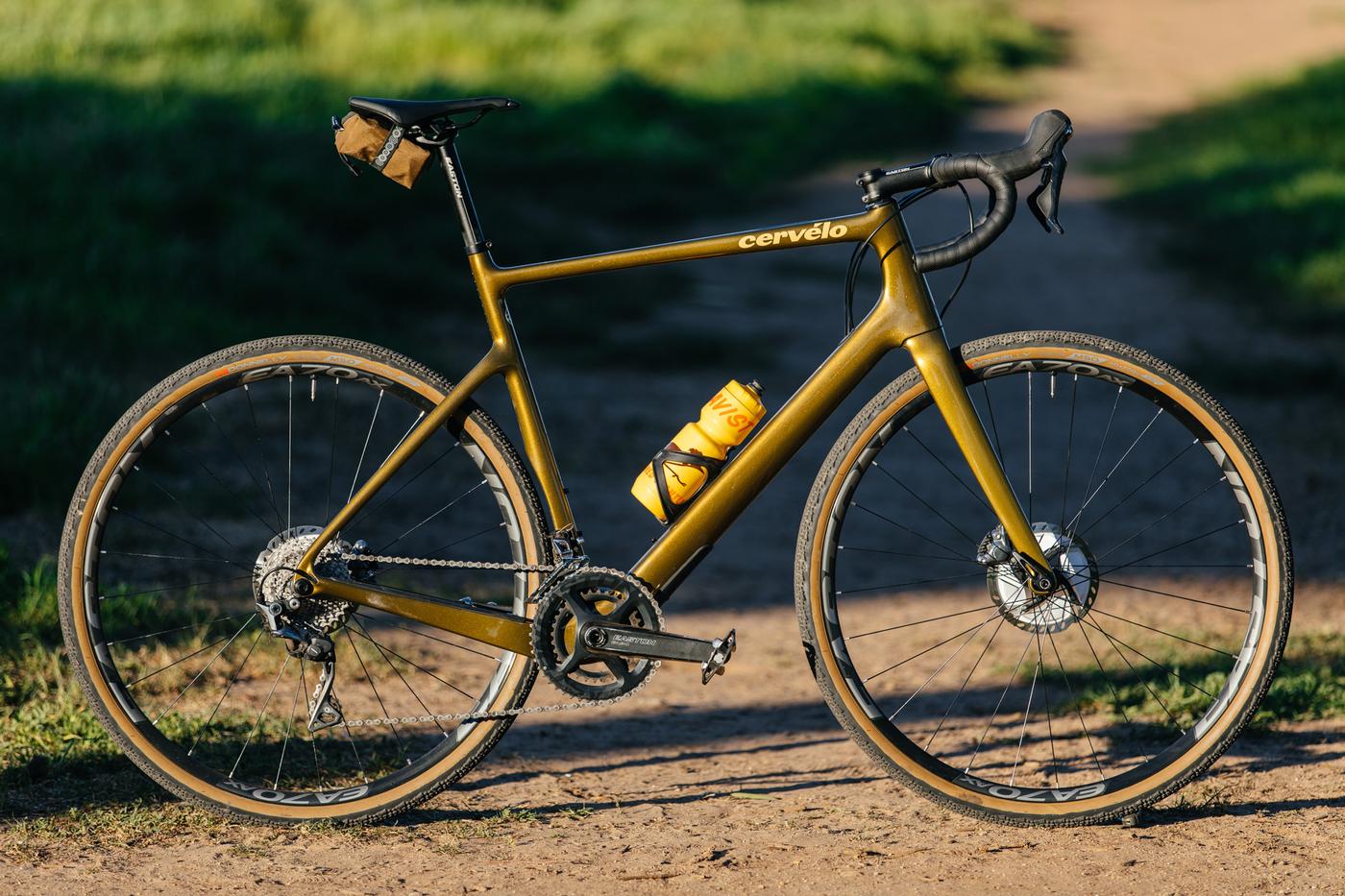 The Áspero is a surprising offering from a brand so obsessed with aero pursuits and speed. While it does have its quirky details, overall it is a great bike that climbs as well as it descends in a nice and neat package with great paint. If you don’t like this gold, there are two other paint options as well!

Cervelo makes it easy to spec and configure the Áspero, from the frame color to the build kit, at their website, so head on over to check that out. If you have any questions here, drop them in the comments.