The Beauty of Fatigue: Slow (SLO) Road to Eroica

Something happened to me while I was riding the 90-mile NOVA Coastal Route of Eroica California, I started loving the ride. A bit of a “duhhhh” moment, right? That may have had something to do with the skill and knowledge of the route-maker who has expertly joined some of the most stunning roads of San Luis Obispo County. From wineries to summits to the Oceans’ shore featuring some loosen-your-filling descents. I’m sure we could have easily found a dentist at Eroica to fix that last problem. So, not really a problem. It also helps to have beautifully cheerful people at rest stops handing you wine, chocolate-covered strawberries, and praising your athleticism. I felt so undeserving of such treatment, but that’s for me and my therapist to figure out together. Regardless, treatment like that could make a cyclist out of just about anyone. It’s not that I didn’t like riding bikes before Eroica- far from it. My life for the last two years has seen me on a bicycle more often than not. I love riding the bike for my brain, for the freedom, for my soul. I’m a proud apostle of the Grant Peterson philosophy on cycling as a relaxation sport, it’s what got me into riding bikes in the first place. The Petersonians lean into the aesthetic, style, and most importantly, the comfort of pedaling around. Camp, go slow, respect nature, and wear wool. Where do I sign up? I dove into the deep end of the cycling pool in the form of clyco-touring. That is, making your bike weigh a ton and trudge through mountains and mud for no real purpose but to see the mountains and feel the mud dry on your legs. There were five of us on the ambitious 200-mile route with 20k feet of elevation gain from Santa Barbara to Paso Robles: Jimmy, Mick, Bregan, Benedict and lil ole me. We ate Gibraltar Road, a roadie pilgrimage site, for breakfast. Actually, Jimmy and I had hard boiled eggs for breakfast at 4:00am on the train from LA to Santa Barbara. I offered one to Mick but he refused.

“You got something against eggs?” I pretend to be offended at his refusal.
“Not at all, I was an egg myself once.” retorts Mick with sincerity. Mick is really funny and really tough. I enjoyed many more dad-like jokes like this being passed between Jimmy and Mick throughout the journey. The roads we all traveled together were beautiful and brutal at the same time. If the heat didn’t make me have visions of the Mother Mary, the 3 days of climbs surely did. I kept saying “With roads like these, who needs enemies?” in my head groaning at the curves of switchbacks that never end. I was obsessively looking at elevation profiles on my gps, counting each 100 ft of climbing with a silent celebration, expanding the elevation map so the inclines didn’t appear so severe to trick my brain. Manically keeping records of how long and often I took breaks from the climb, how often I got off the bike and walked, noting the number of steps. 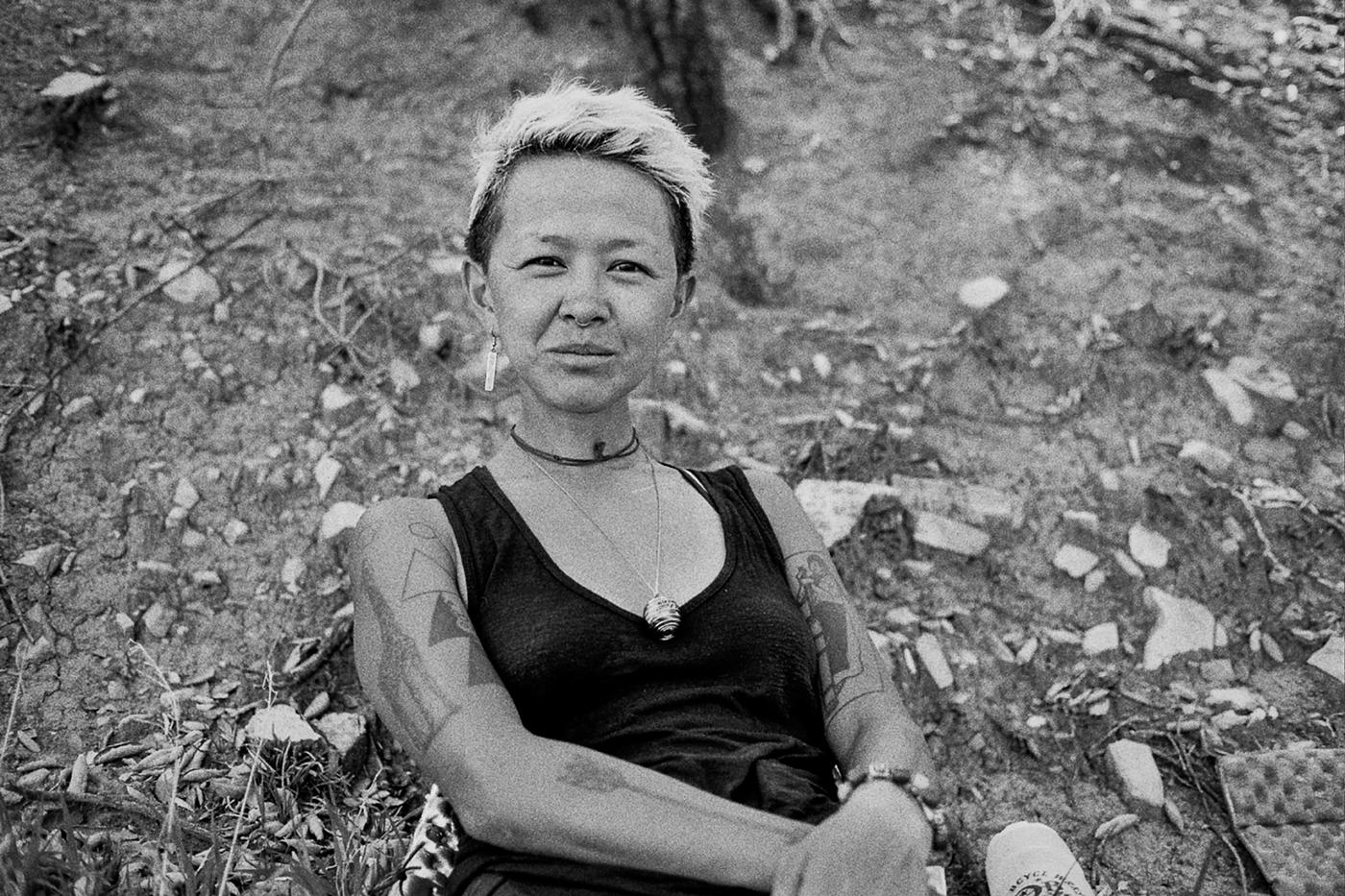 Maybe I did kind of lose it out there but this is what I’ve done this past two years of extensive touring. I maniacally and obsessively manage my time on the bicycle. So much so that I forget to look up and around as much as I ought to. The saffron colored poppies begged for attention often grabbing at my ankles and leaving behind a golden hue on my skin as a stamp. The dead and burned branches of trees who still stand having endured the ravenous Thomas Wildfire reached out their skeletal hands in search of life. Swimming holes and streams of water flowed throughout the journey to lessen the burden of the sun. I dipped my sweat-soaked head into a hillside spring trickle with a hummingbird companion who had the same idea and goal of a cool off. 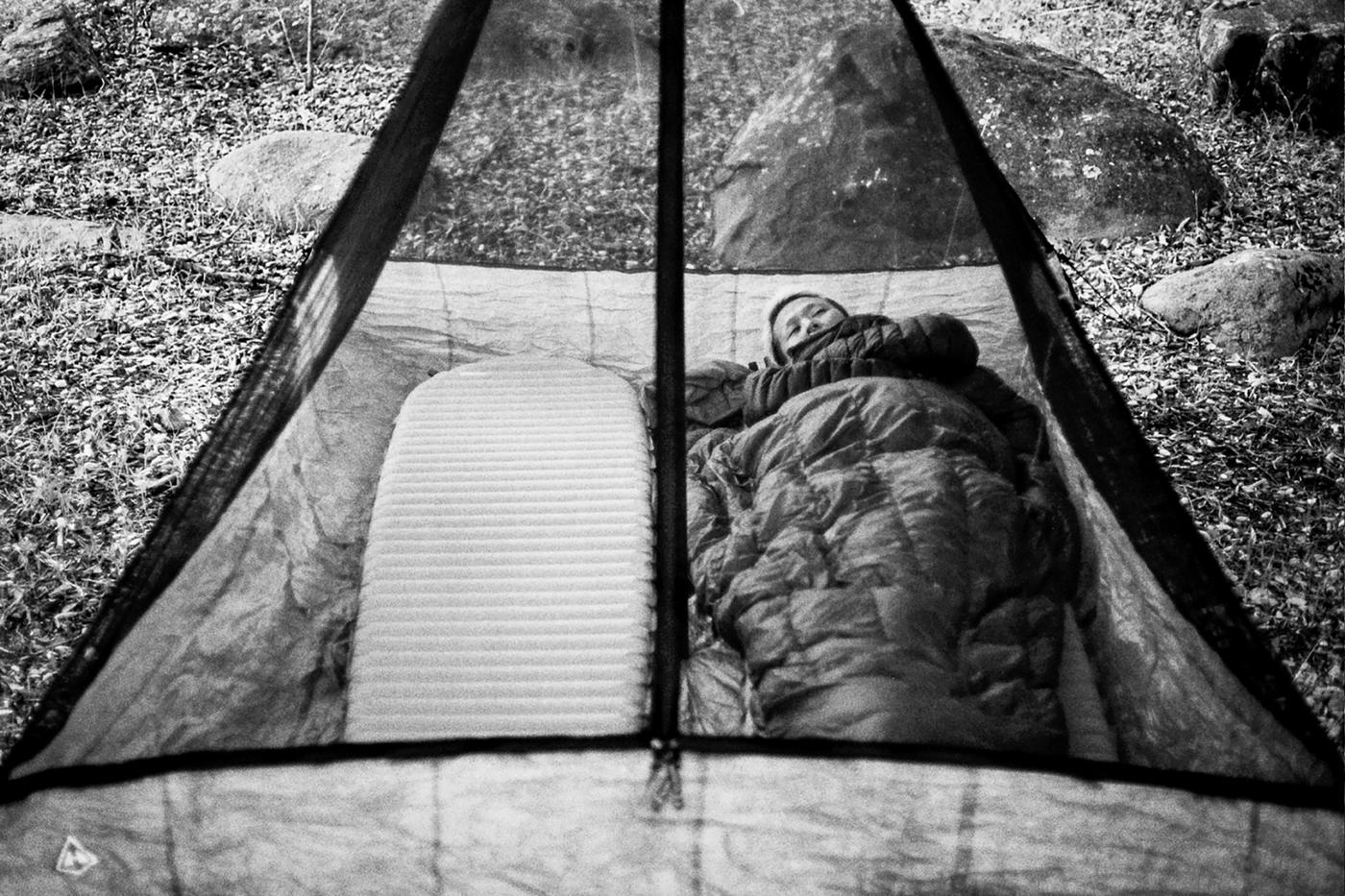 It would be inaccurate to say I didn’t see the beauty of the road through the mountains of Los Padres. I absolutely rejoiced at every false summit view of neverending mountains, gasped gleefully at every little lizard that barely missed the rubber side down™️ of my tires, honor saluted at every large winged bird soaring at similar elevations. Seeing Jimmy and Mick’s beautiful friendship as they splashed around the first swimming hole we found. There was much rejoicing. What was missing was the foundational understanding of the road as a friend. The kind of supportive friendship Jimmy and Mick have. The kind that gives you short flat areas even on those severe ascents. The kind that holds the world together with roots. The road is not a monster to be defeated but a kind ally in your journey, a sprite, a friend, and damn gorgeous.

The mania in my psyche and experience of bike touring had settled like dust on a windless day. Waiting to be re-animated, rabble-roused. It’s the kind of thing that happens in default mode of operation. You know how sometimes you’re so tired but still moving around until a mindful moment snaps you back to the present and you forget how you got there. I had forgotten my Petersonian pedigree and replaced solid cycling philosophy with anxiety and mania- my default operational mode. SO when I talk about loving the ride, I’m talking about the marriage of mindfulness and grit. A coupling that made quite the show for me at Eroica. Getting dropped by people double, maybe even triple your age on bicycles that have seen every war since the second was the moment that snapped me back to the present. Back to the essentials of cycling that transcends time, using a simple machine to see complex realities. The Petersonians know this. I needed two years and a few thousand miles to truly know this.