While I walked the aisles, I kept my eyes peeled for products the readers of the Radavist might be interested in. Most everything I liked I was able to photograph but I’m sure I missed a lot. Here’s a list of some notable finds… 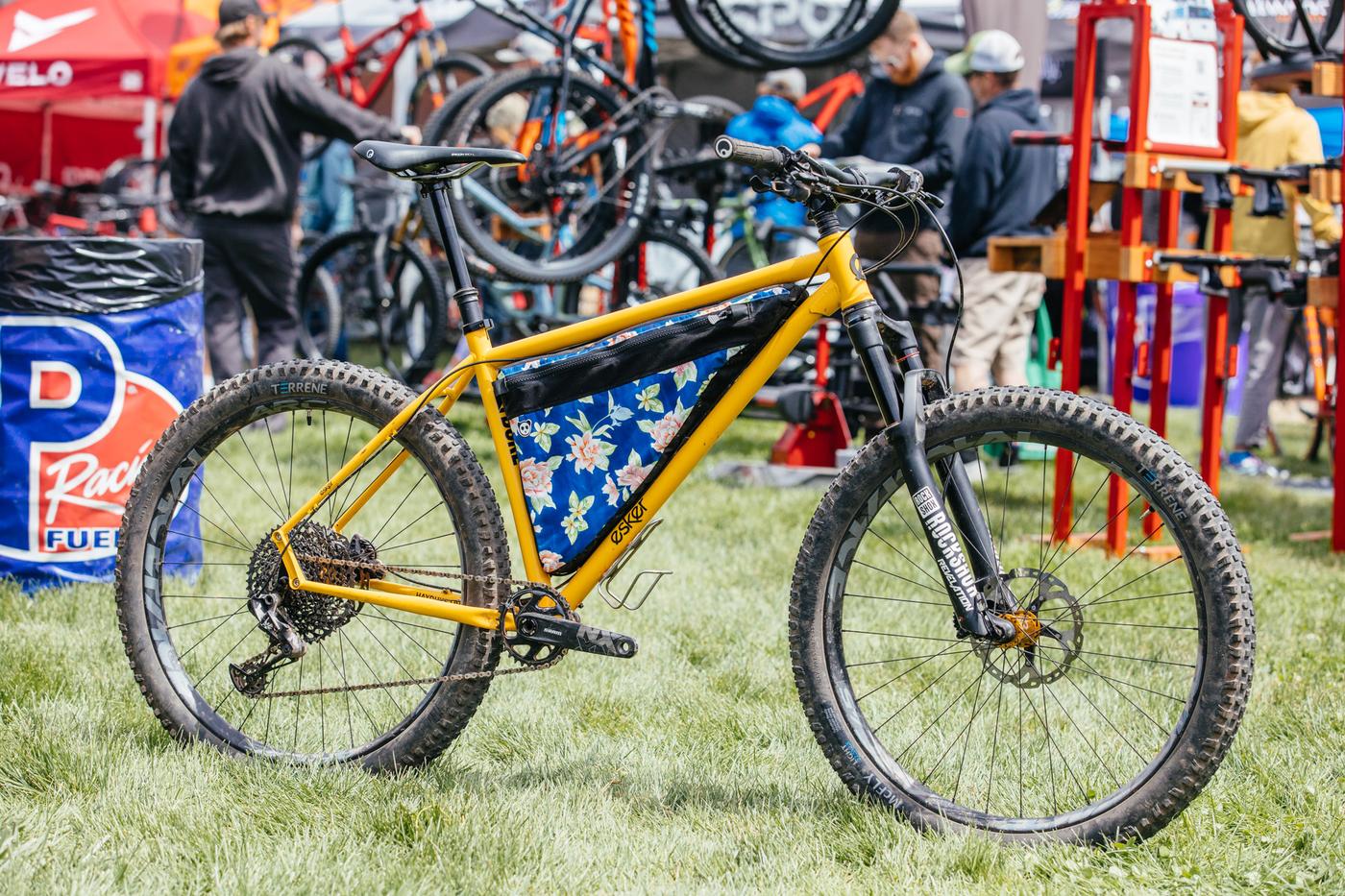 “Hayduke thought. Finally, the idea arrived. He said, ‘My job is to save the fucking wilderness. I don’t know anything else worth saving. That’s simple, right?”

Esker makes their bikes to order and the Hayduke is bikepacking and trail shredding ready. Chose between three colors, including bulldozer yellow, Hayduke’s personal favorite. This bike features a custom Rogue Panda bag. Did you know Esker provides bag makers with open-source CAD files of their bikes’ geometry and boss locations? Pretty sweet! Also, be sure to read about Anders’ from Esker’s tangle with Grizz in the gallery captions. 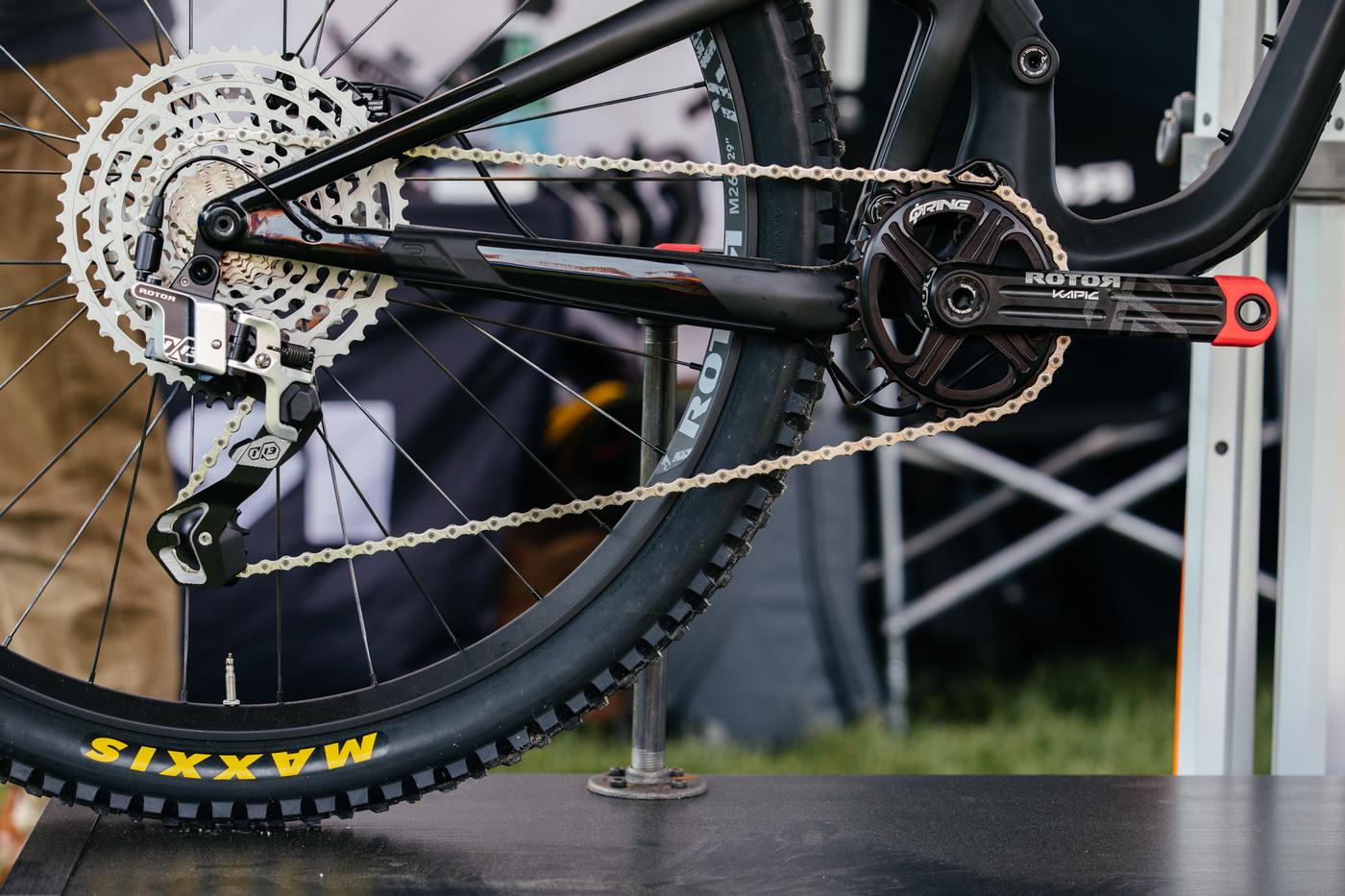 You don’t need electronic shifting mechanisms to run Rotor’s new, made in Spain, hydraulic road or MTB 1×13 drivetrain. Wait, did we mention it’s made in Spain? ;-) 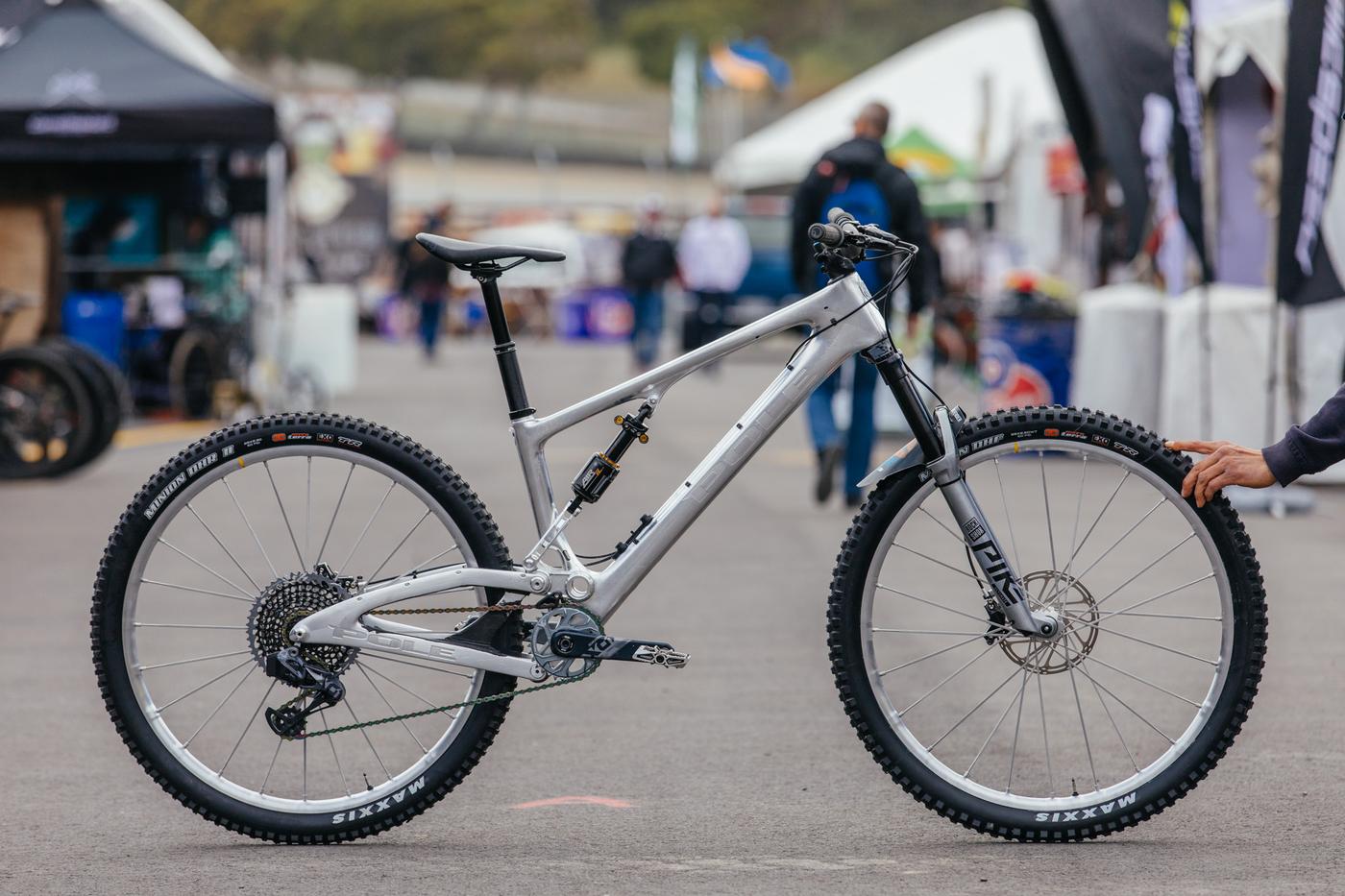 Pole hails from Finland, the land of funeral death, blackened death, and straight up death metal. They machine their bikes in-house and the new Stamina 140 features a fully milled and then bonded frameset, resulting in a stronger bike with no hardware to loosen up on the trail. These bikes are so damn impressive in person. 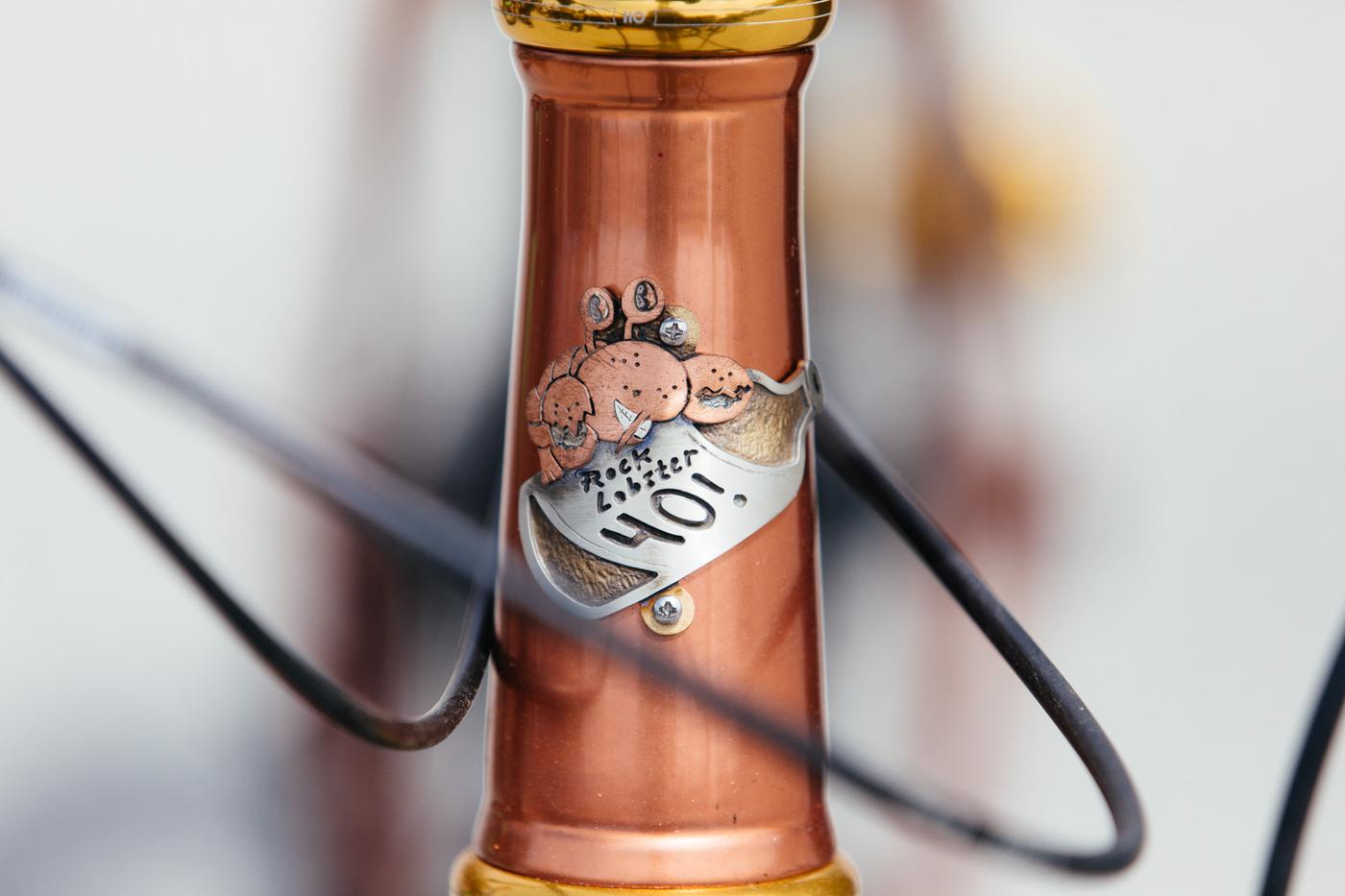 Leave it to Paul Sadoff to find a new color, this rose gold, that he actually considered changing the brand’s official hue to. This hardtail sports the new Rock Lobster 40th anniversary head badge. Yes, that crustacean is surfing a 40oz… 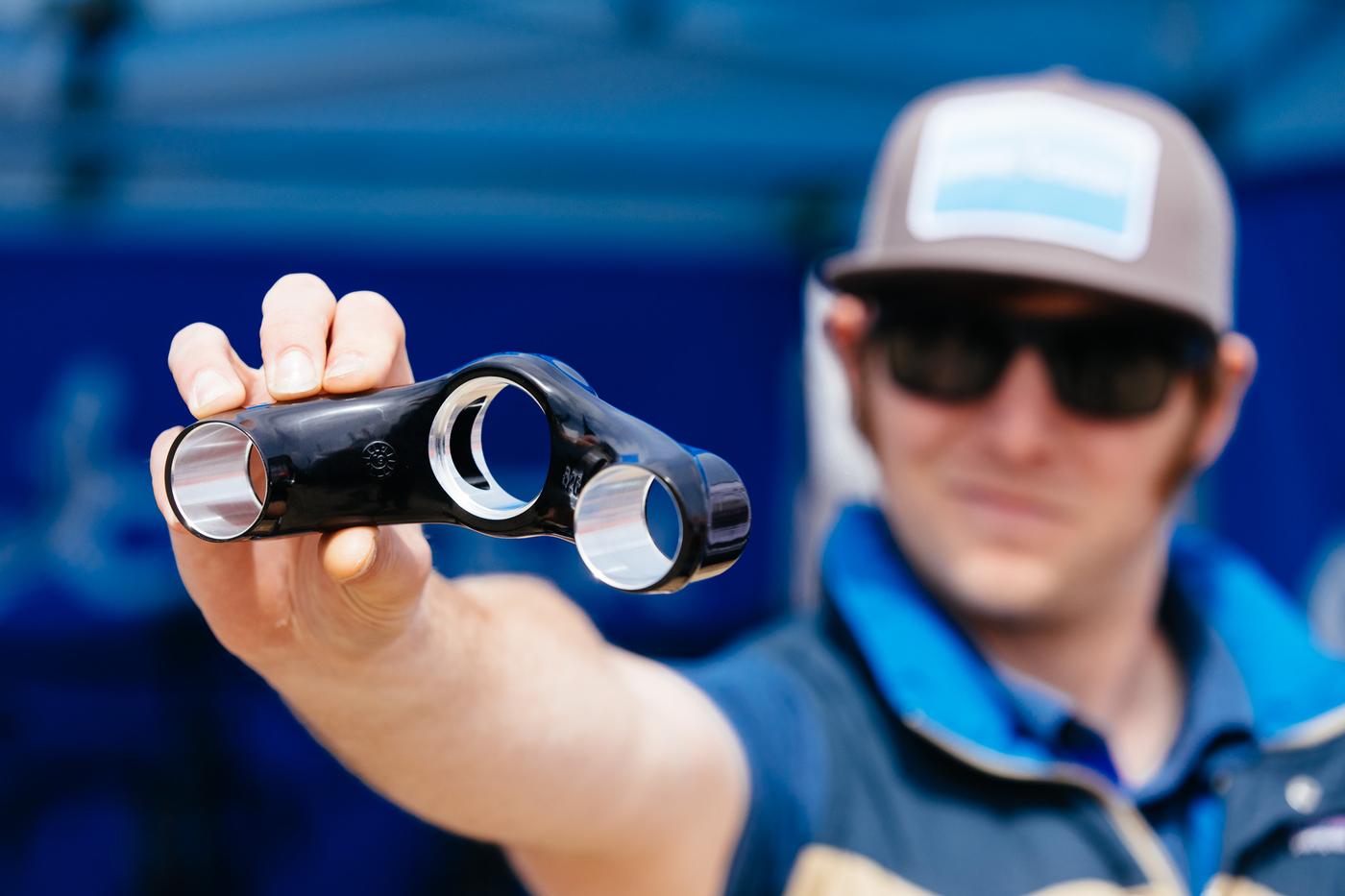 Cane Creek now offers a 130mm travel optimized 29er Helm, complete with a climb switch and a hollow crown. The Helm is my favorite fork I’ve used and these updates, along with last year’s drop in price is great news for everyone! 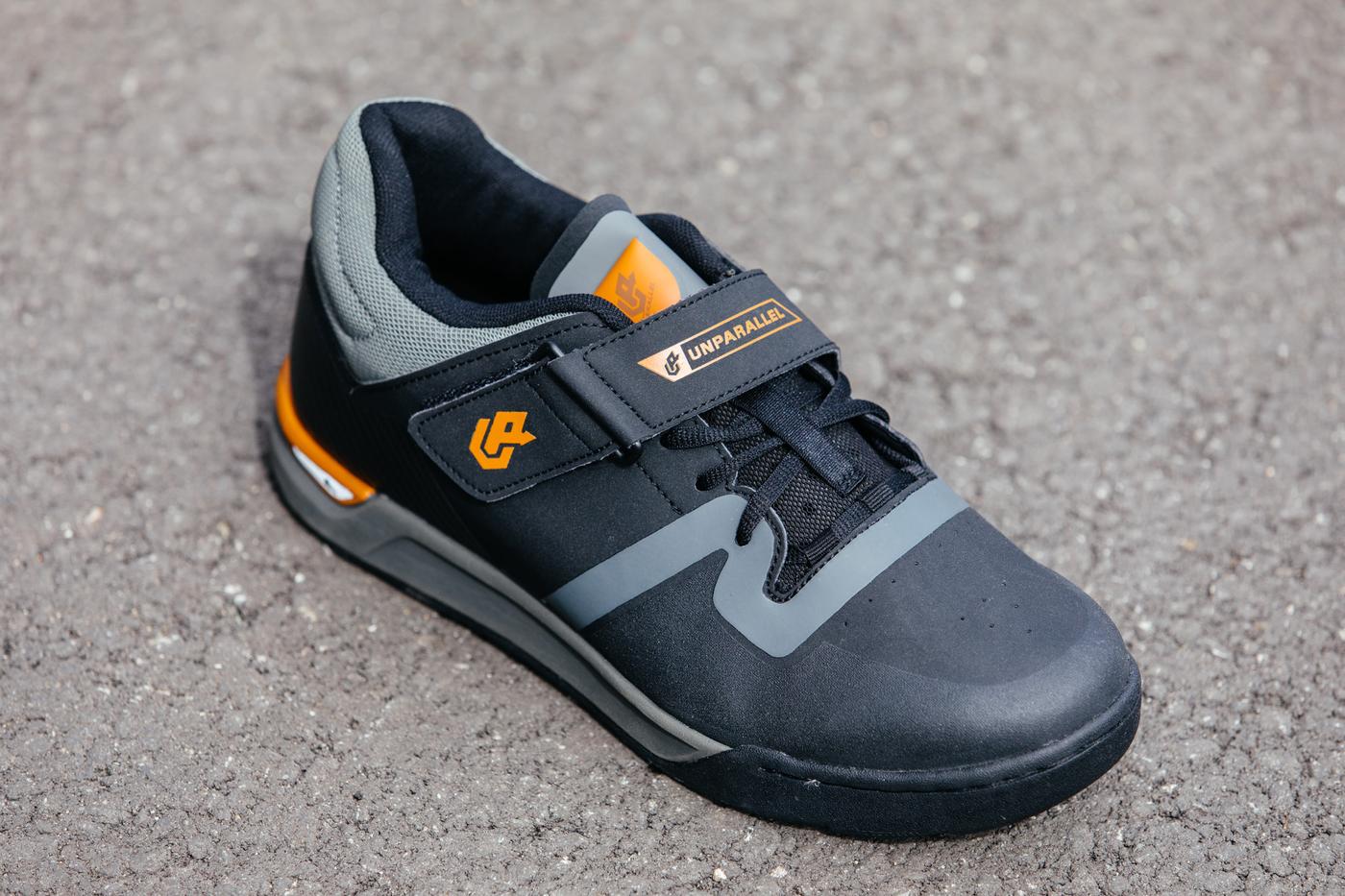 Unparallel’s Trail Shoes are made in California!

I must admit, I never thought I’d see made in the US, much less made in California riding shoes yet Unparallel has done it. Granted, while the style of the shoe might not be up to speed with the rest of the market’s offerings, the fact that they are making these in-house shows great promise. Would you ride in them?