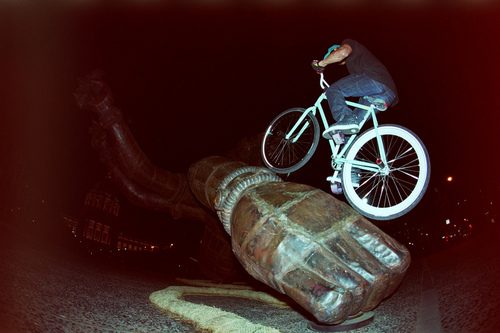 Photo by Terry B.

Here’s another photo of Josh Boothby from Terry B’s color burned roll of film. Digging this series. Sometimes it’s all about the photo and not so much about the trick. Not saying this isn’t impressive, but the photo makes it!