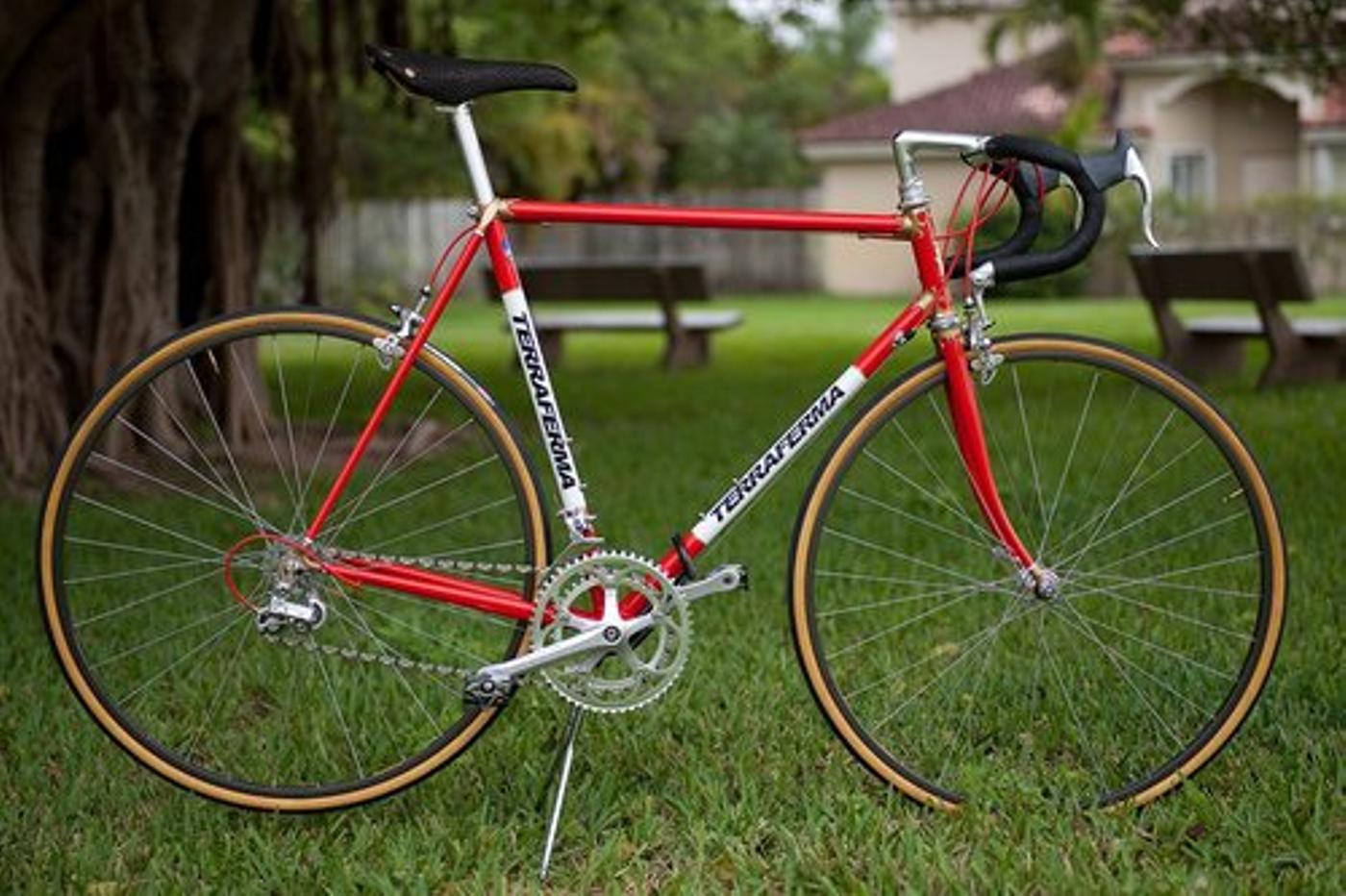 Mike Terraferma, of Terraferma Cycles has put one of his noble show bikes up on eBay. Built with True Temper tubing, in the USA and adorned with the legendary (and NOS) Suntour Superbe Pro groupo, this bike is going to fetch a good chunk of change; even with that starting bid!

Details of the build are below, along with a few more photos. 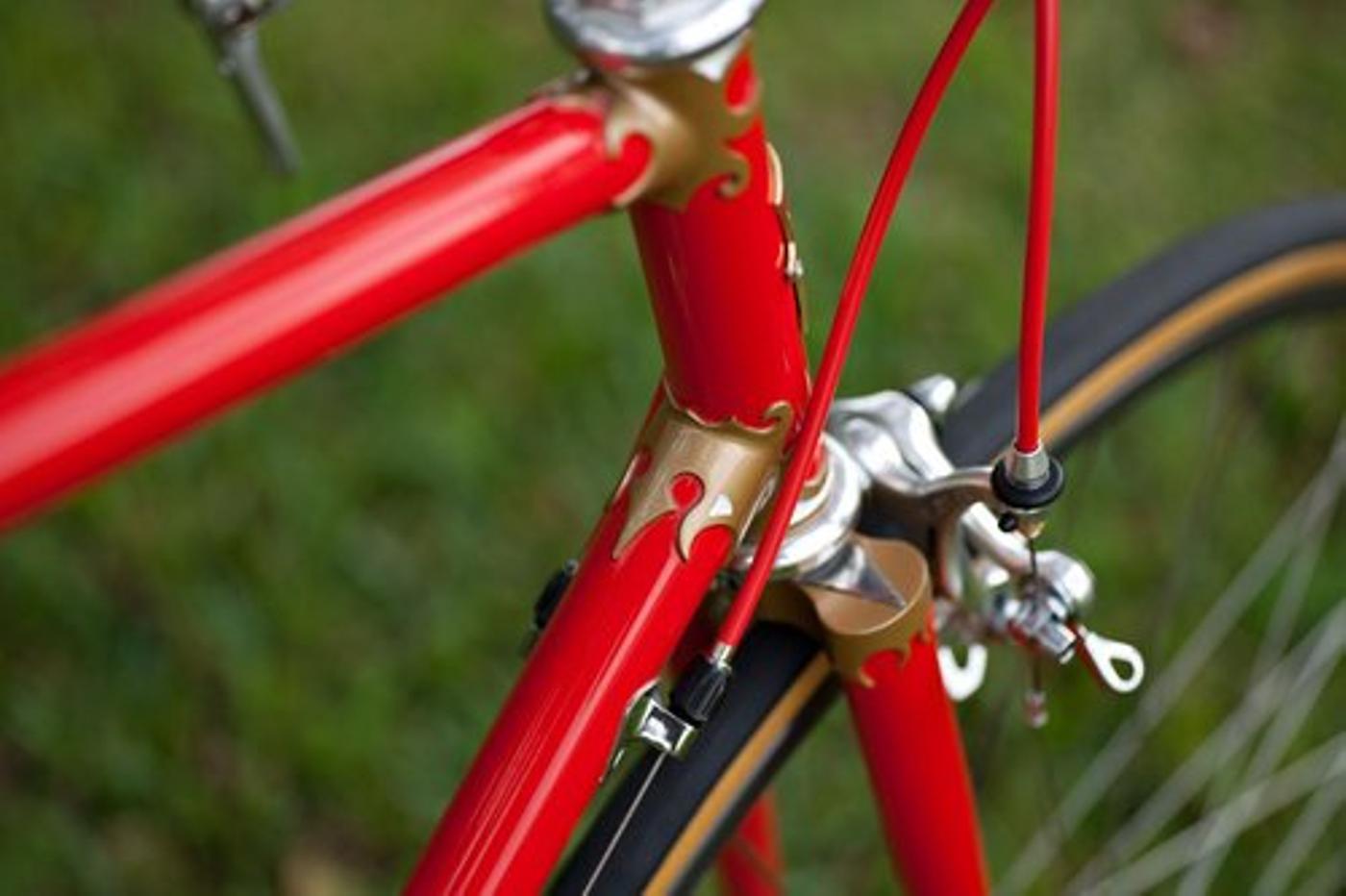 This frameset is absolutely pristine, and features paint by Gary Cole, lugs custom-cut from Hayden blanks by the late Les Ephgrave (the lugs are his Mod. #1 pattern), Henry James stainless steel dropouts, and a stainless Richard Sachs Newvex fork crown. This frameset was ridden and reviewed by Jan Heine in the Volume 5, No. 4 edition of Vintage Bicycle Quarterly. Since then, it has been ridden for less then 500ft, only to check brake and shifter adjustments of the new build.

The Limited has been built with completely NOS Suntour Superbe Pro components. All of the original Suntour boxes and documentation are included (with exception to the pedals, seatpost, and RD, which came in bags). As the Limited is built with downtube cable adjusters, Dia-Compe Silver bar-end shifters from Velo-Orange were fitted in place of the Superbe Pro levers; the NOS Suntour shifters will be included. 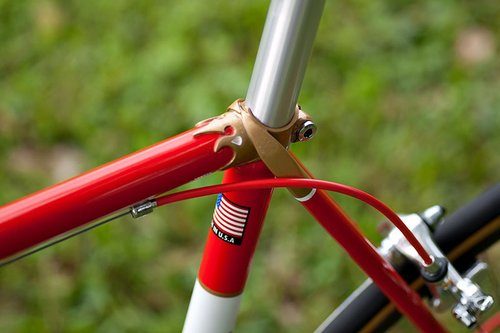 Bar and stem are ITM. The stem is NOS, and the bar is lightly used, with only a few, barely noticable wear marks. The bars are wrapped with brand-new, black, Origin-8 bar tape. Cable housing is Velo-Orange’s teflon-lined variety – with a color-matched, red outer housing – with stainless cables.

Mike had built this frameset to be his personal show bike, but has since decided to part with it. If you are seeking an absolutely spellbinding, one-of-a-kind custom frameset – with arguably the most fantastic, classic component group of the early ’90s – this is the bike for you.

*Text via the eBay auction