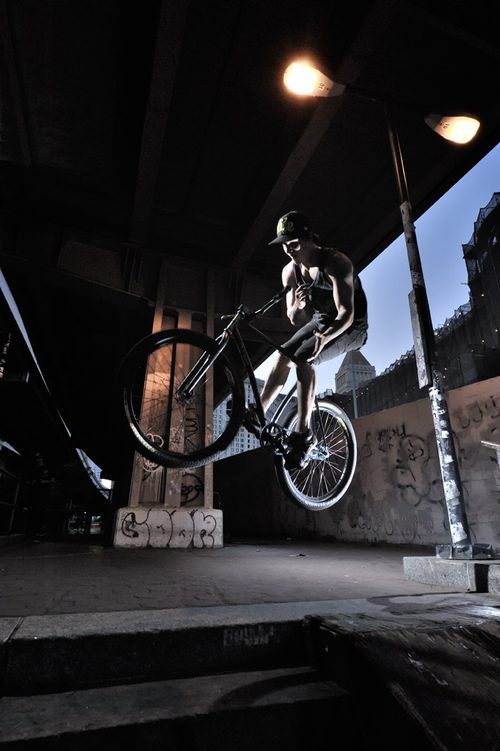 With the Brooklyn Banks officially closed for four years, anytime I see a photo from that spot I get a little nostalgic. It’s where I met Tony and Tom at the Battle at the Banks and it’s where, for me at least, fixed freestyle took off. Seeing photos like this, three years later is a tell-all sign of the sport’s progression. If you would have told me three years ago that someone would be doing 180 bars out of the stair ramp on a 26″ fixed, I wouldn’t have believed it. Funny how things work out that way. Great photo Tak!