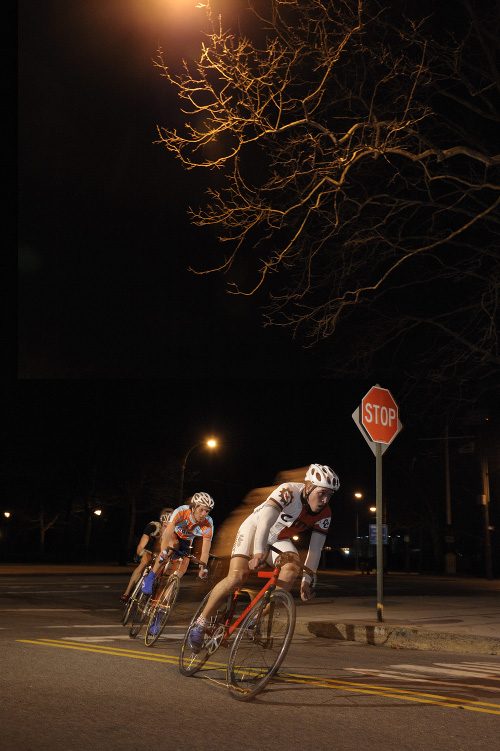 Last night’s Red Hook Crit was a huge success. In its third year, the unsanctioned bicycle race had a huge turn out of racers and spectators. The competition was fierce with Dan Chabanov taking first place, John Ktel in second and Al taking third. A few spills and many flats kept the 20-lap criterium interesting and the after party was bumping till the wee hours of the morning. Tak was there shooting photos, which are now up on New York Bike Dreams. I’m sure others will surface, including mine, so I’ll post them later on.

Big ups to Dave Trimble, the Bicycle Film Festival and other sponsors for making this happen!